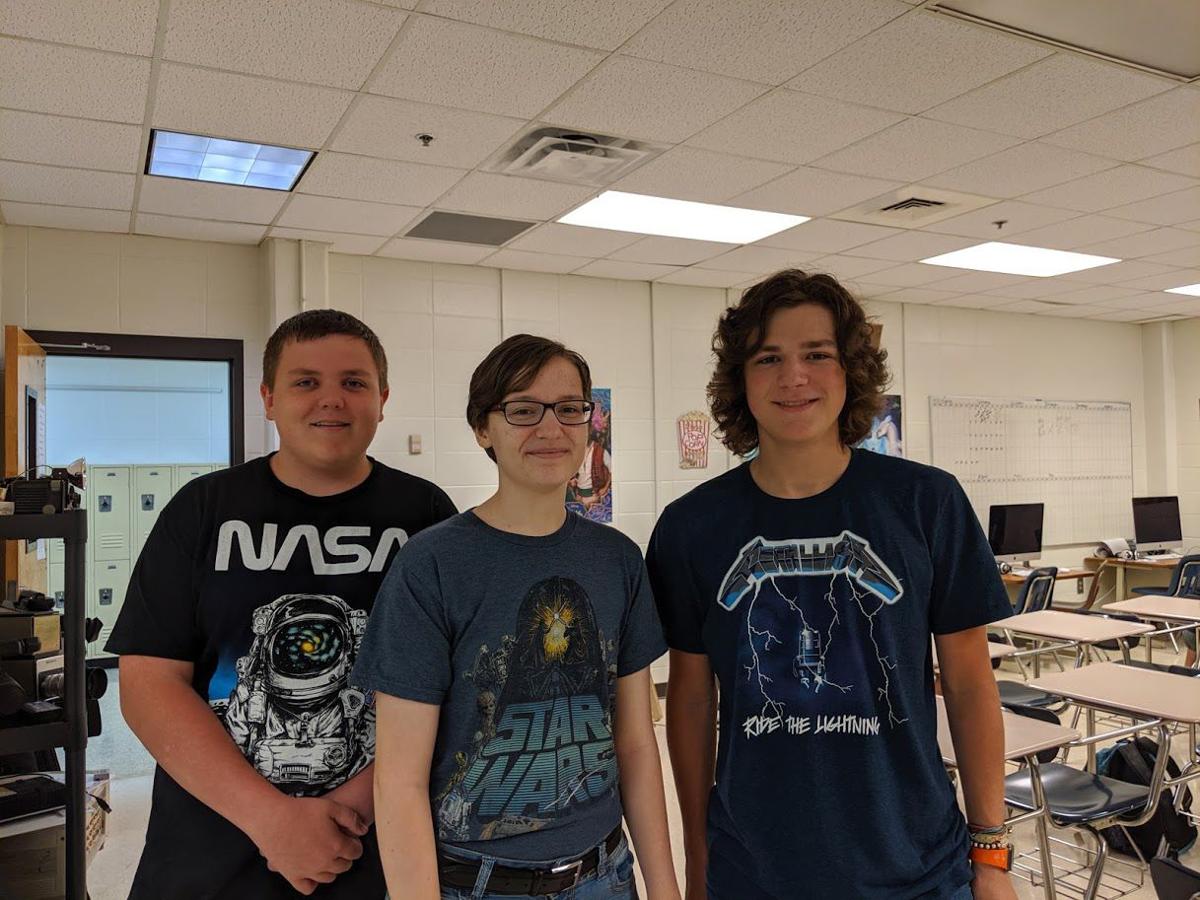 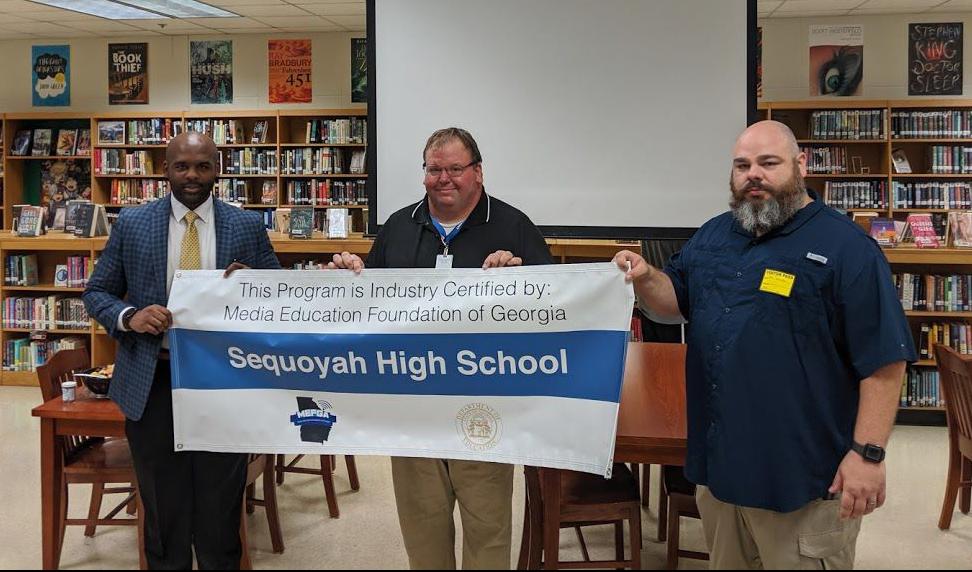 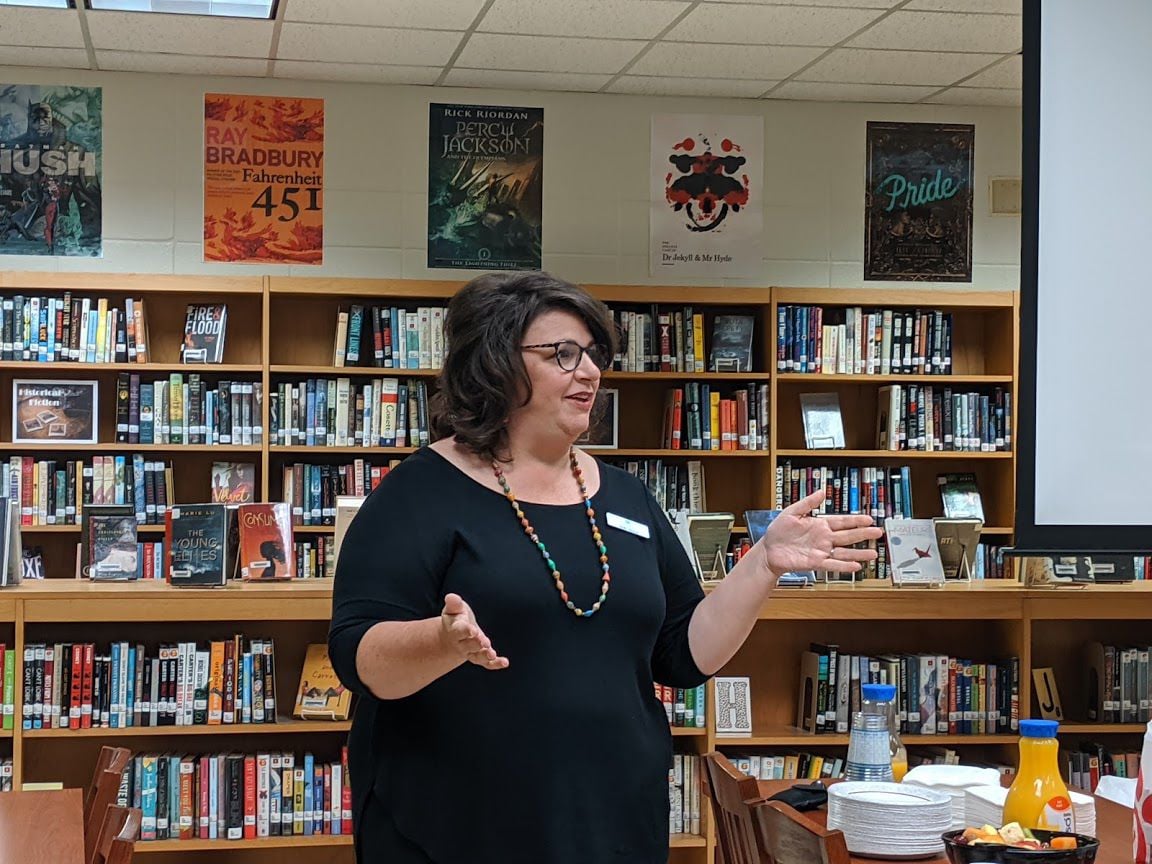 Molly Mercer of the Cherokee Office of Economic Development congratulates Cribb on his program's industry certification and discusses the partnership between COED and Cherokee County School District. 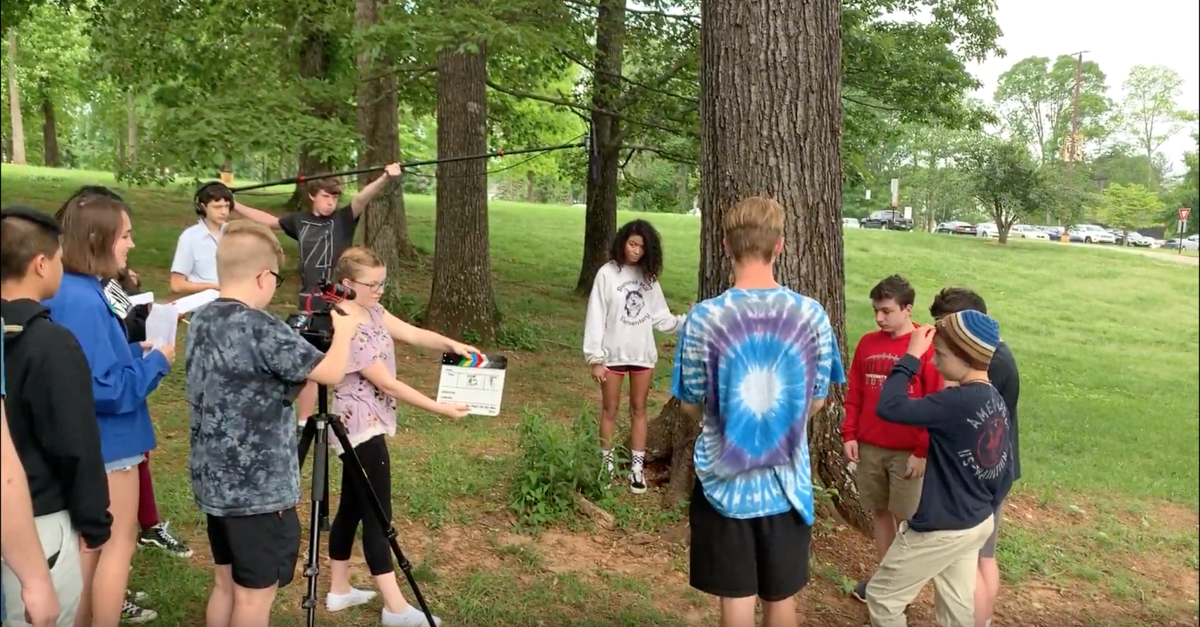 Molly Mercer of the Cherokee Office of Economic Development congratulates Cribb on his program's industry certification and discusses the partnership between COED and Cherokee County School District.

The certification, which was earned after teacher John Cribb completed a workshop with the foundation last year, was marked with MEFGA officials presenting a large banner to Cribb at the school last week. Sequoyah also hosted the workshop for other school programs to achieve industry certification. Sequoyah is now the second high school film program in the Cherokee County School District to achieve industry certification; the first was Etowah High School.

The film Career, Technical and Agriculture Education pathway at Sequoyah is now in its fourth year as a full program. In its classes, students learn camera operation, lighting, directing, editing and more to create their own videos and short films.

Ava Sins, a senior at Sequoyah, specializes in animation. She said the film classes have helped her in writing scripts. Her senior project this semester is an original story in the form of a six-minute animatic, a series of detailed storyboards.

“Screenplaying is one of the things I’d like to get into, so it’s been super, super helpful,” she said.

Junior Noah Chapman, who has been in the program nearly two years, said he has spent much of it learning editing, especially through the Adobe suite. He participated in the CCSD anti-vaping PSA video contest, and he’s put together his school’s news show.

“It’s really helped me be encouraged to learn more about film and know that I want to do this later in life,” Chapman said. “It just gives me some more knowledge about what I need to do to make that editing.”

Tanner McCloskey, a sophomore in the program, has recorded interviews for his class, learning how to operate a camera and about different types of equipment in the process. He says the skills he’s gaining in the program are building experience for his future career-he hopes to someday work for Disney.

To earn industry certification, teachers show a panel of industry experts from the foundation evidence that students are getting the best possible film education to prepare them for careers.

Cribb said the process of teaching film-related skills can make a difference for students. The CTAE program exposes students to a variety of ways to start a career in the film industry.

“I think what being in an industry certified program really does for students is it gives them opportunities. It’s up to them to take those opportunities, but the kids that I’ve had that I can say saw the benefit of going through the process, they get involved doing football games, they’ll say, ‘something’s going on, can I go shoot it?’ They start building their own portfolio, and that’s something that we can afford them in a program like this,” said Dempsey, who teaches at Marietta High School and lives in Holly Springs. “The key to industry certification, it’s teacher dedication that you don’t get in some other programs.”

Additional opportunities for film students are available through the district’s partnership with Cherokee Office of Economic Development. Last year, COED launched its first Cherokee Film Summit and with it, the first Cherokee Student Film Festival. Students from Sequoyah and other schools submitted projects for the student festival and met with film professionals. Another student film festival and film summit are scheduled for early next year.

ACWORTH — The 2020 Cherokee Film Summit drew a crowd Thursday to connect people in the county’s growing film industry at the Yanmar Evo Center.