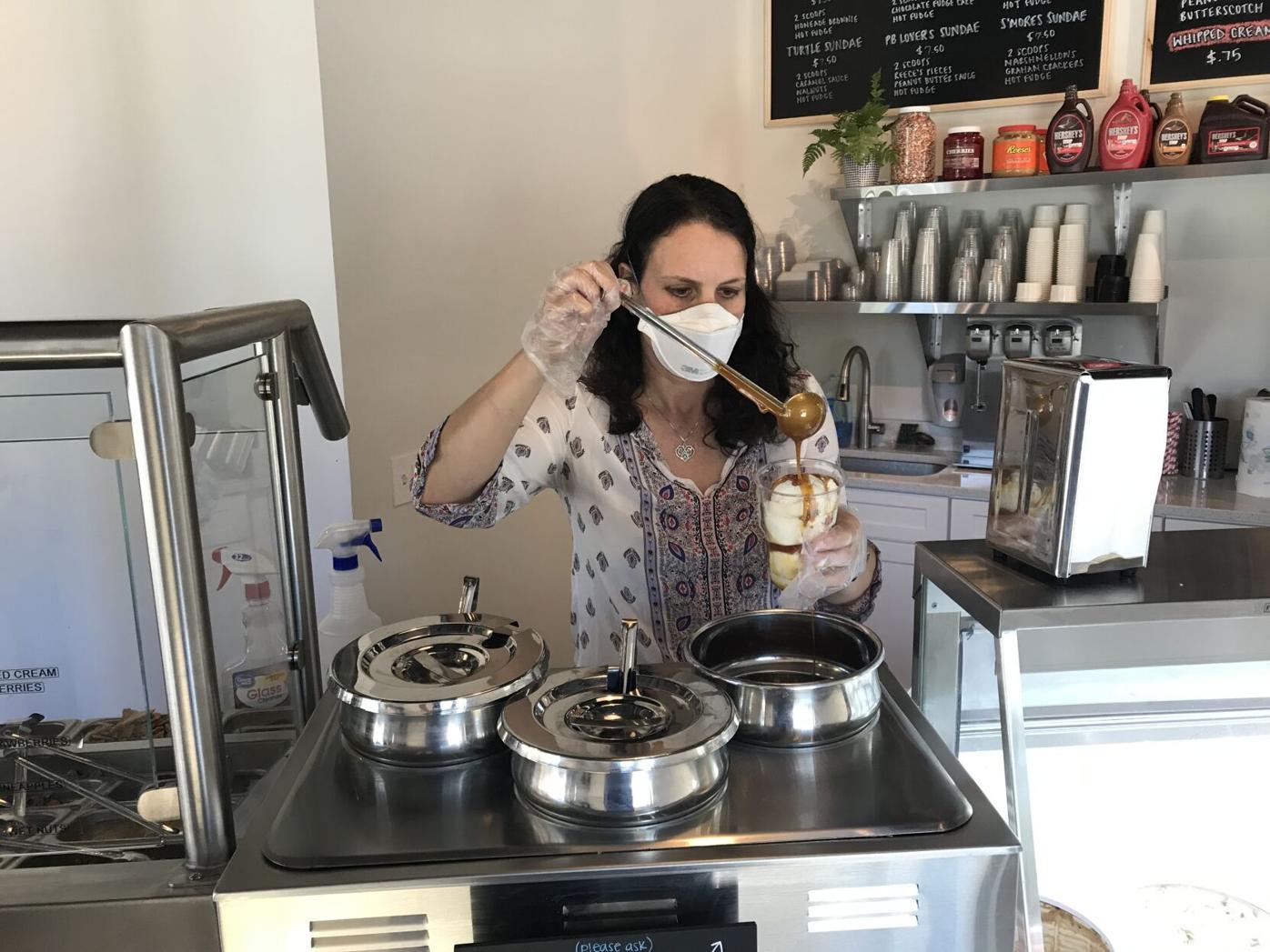 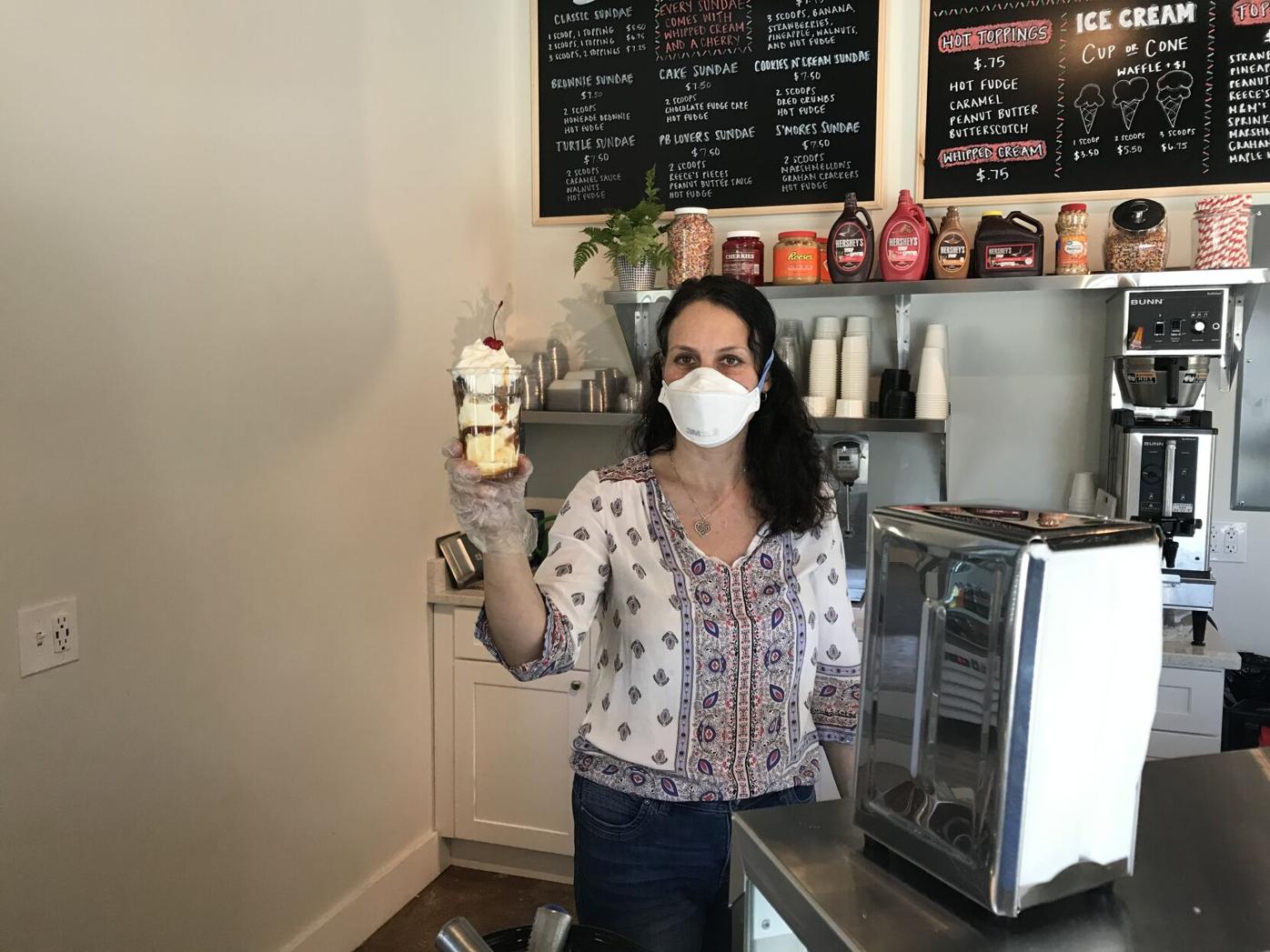 Jill Mirabella, the owner of Scooped on Main in Ball Ground, poses with a sundae, one of the many products her ice cream store offers. 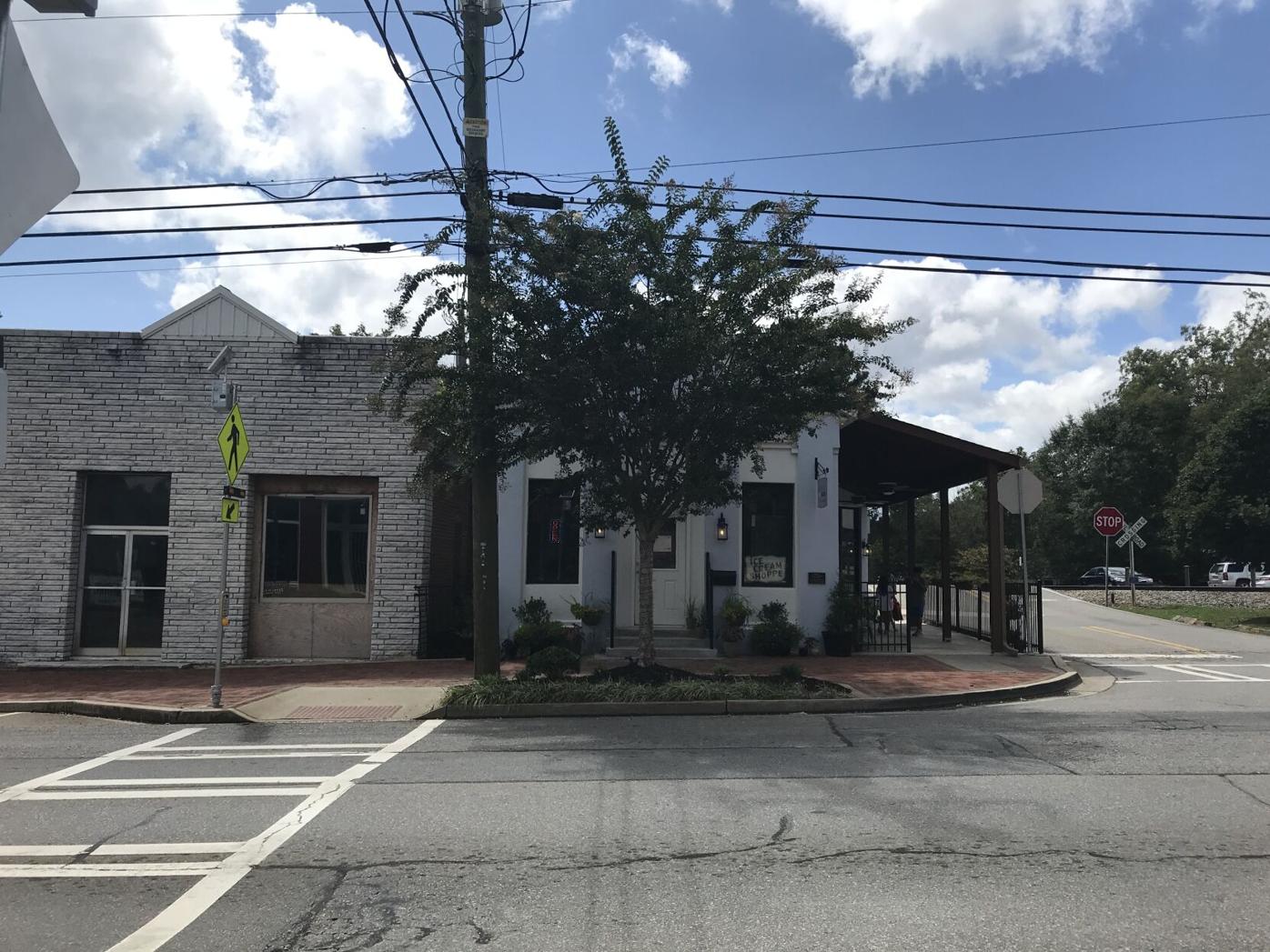 Since opening in June, the Scooped on Main ice cream shop has proven to be a successful new business in downtown Ball Ground, owner Jill Mirabella said.

Jill Mirabella, the owner of Scooped on Main in Ball Ground, poses with a sundae, one of the many products her ice cream store offers.

Since opening in June, the Scooped on Main ice cream shop has proven to be a successful new business in downtown Ball Ground, owner Jill Mirabella said.

BALL GROUND — Since opening its doors to the public in the former City Hall in late June, the Scooped on Main ice cream shop has been well received by both guests and other local businesses, its owner said.

Earlier this year, the Ball Ground City Council approved a bid of $104,000 from Jill’s Cakes and Bakes owner Jill Mirabella to buy the former city hall building at the intersection of Valley Street and Gilmer Ferry Road. After her bid for the property was accepted, Mirabella said she planned to take the ice cream portion of her business and move it into the former city hall.

“I closed on the building on March 13, and we opened on June 24,” Mirabella said. “It’s been great. We have had a lot of support from our customers.”

Since Scooped on Main opened its doors, Mirabella said there has been a lot of support and positive reactions from neighboring businesses, residents of Ball Ground and those visiting the city’s downtown area. Mirabella said some of those patronizing the ice cream store have strongly supported her bakery, while some may be coming in due to the uniqueness of the building that housed Ball Ground city officials for decades.

“There’s just been a great outpouring of support and positivity for us,” Mirabella said.

While Mirabella had made plans to move all of the ice cream side of her business to Scooped on Main, she decided to leave the ice cream cooler that has been located at Jill’s Cakes and Bakes in place. One reason she said the cooler was left in place was for customers at the bakery who purchase an item, like a piece of pie, and might want to top it with a scoop of ice cream. Of the 12 flavors available at the bakery and the 24 on hand at Scooped on Main, the only three flavors that the two locations have in common are vanilla, chocolate and strawberry.

With many different toppings giving guests plenty of options, Mirabella said getting to take a look at these toppings has proven exciting for children coming into the shop. Although Scooped on Main offers its guests a variety of ice cream products, such as floats, milkshakes and sundaes, Mirabella said there are a multitude of other products available at the shop.

“We have homemade fudge, chocolate-covered goods and other confectionaries,” she said. “People like that we have more than just ice cream here.”

Garland PInholster, a giant in sports, business and public service dies at 92

Garland Pinholster, a Cherokee County resident who was nationally known as an innovative hall-of-fame basketball coach and credited locally wi…

In an effort to help residents access the internet and local students complete their school assignments, the City of Ball Ground has kept in p…

Ball Ground residents who enjoy the walking trail at Calvin Farmer Park will soon be able to enjoy a brand new version of it, as a project to …