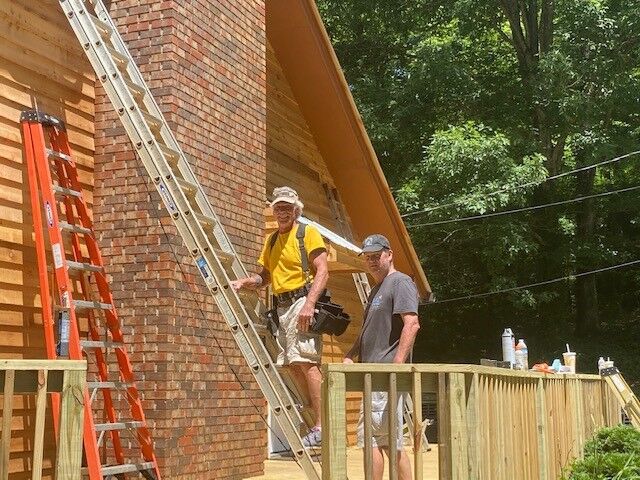 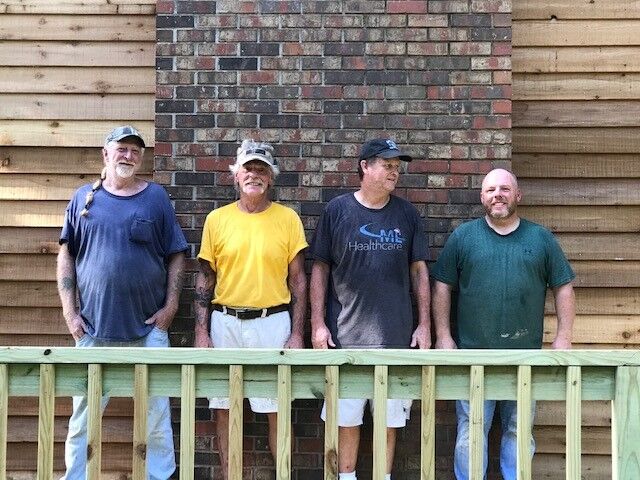 When the family of a deceased Cherokee County firefighter needed home repairs this summer, a trio of retired former comrades responded.

The family of the late Capt. Phil Sheffer knows firsthand what a lifelong bond among firefighters means, as retired Cherokee County Fire and Emergency Services employees recently came to their aid. In June, a phone call came in to the department’s headquarters. It was a call for help from a family friend of Capt. Sheffer. The caller said Sheffer’s family home had begun deteriorating since his passing, leading to a number of safety issues and needed repairs. Retired Cherokee County firefighters Dan West, Tommy Carnes and Brian Wildeman were ready to help.

“As firefighters, we are used to taking action by providing help to the community,” West said. “The same is true for those in our brotherhood and of their families.”

Through social media, West reached out to a group of former and current firefighters asking for donations and created a GoFundMe account to help raise money needed for the repairs, including replacing the roof, siding, deck and several windows, along with fixing driveway erosion. West, along with Wildeman, Carnes and others, began making regular trips to Tennessee to make the needed repairs.

“After being retired for several years, it felt great to be needed again, and it gave us a chance to honor Phil’s memory by helping his family,” Carnes said.

Sheffer worked for Cherokee County for more than two decades. He began his career in April of 1988 with Cherokee EMS before moving on to the fire department. He later served as the Information Systems Manager and Deputy Director of Administrative Services. Sheffer worked his way up the ranks, retiring as a captain in 2011. Following his retirement, Sheffer and his family relocated to Tennessee. He developed health issues and passed away in July 2017 after a prolonged battle with cancer, leaving behind a wife and son.

Although Sheffer may be gone, his fire family is making sure his wife and son are well taken care of. The firefighters have raised close to $4,500 in money and donated items to make all of the necessary repairs. The project is close to completion, with only insulation and Sheetrock in a bathroom, along with a replacement sliding glass door, left to be wrapped up.

“I want people to know that this is what being a firefighter is all about,” Wildeman said. “It is a lifelong commitment of taking care of one another, it does not end after retirement.”

When David Perkins retired from his job at the Publix in Free Home on Sept. 16, it marked the end of a career that had begun and ended in the …