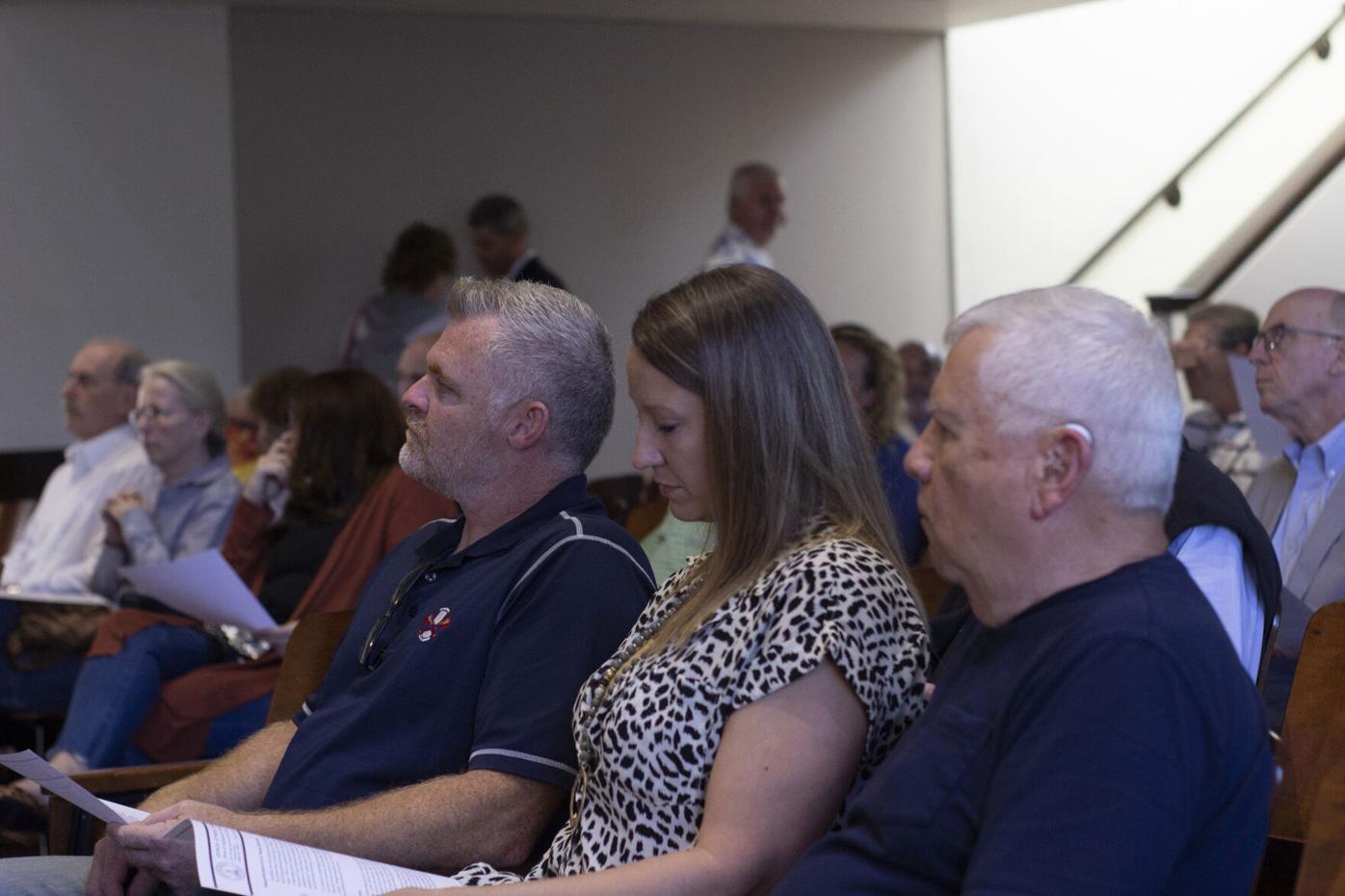 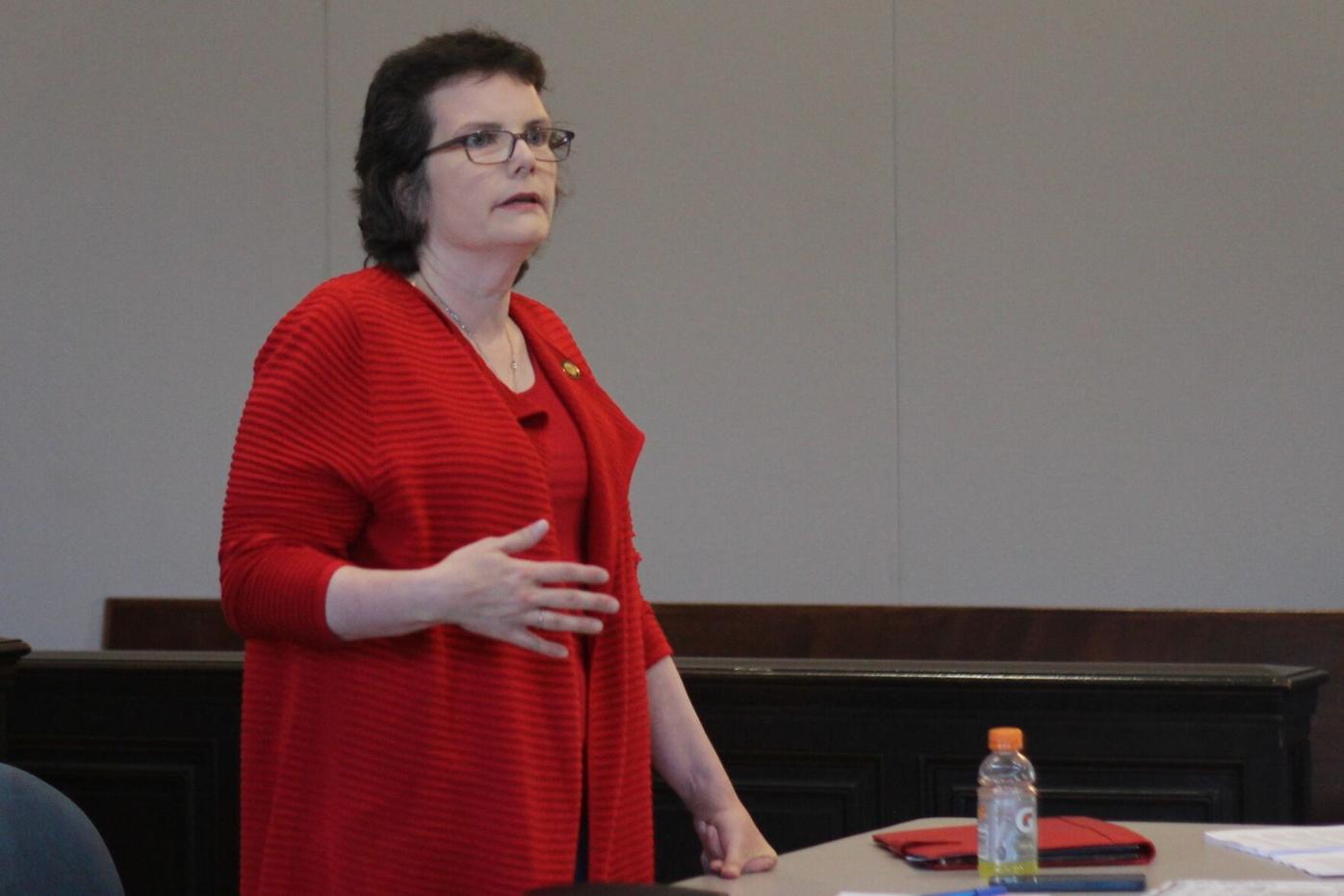 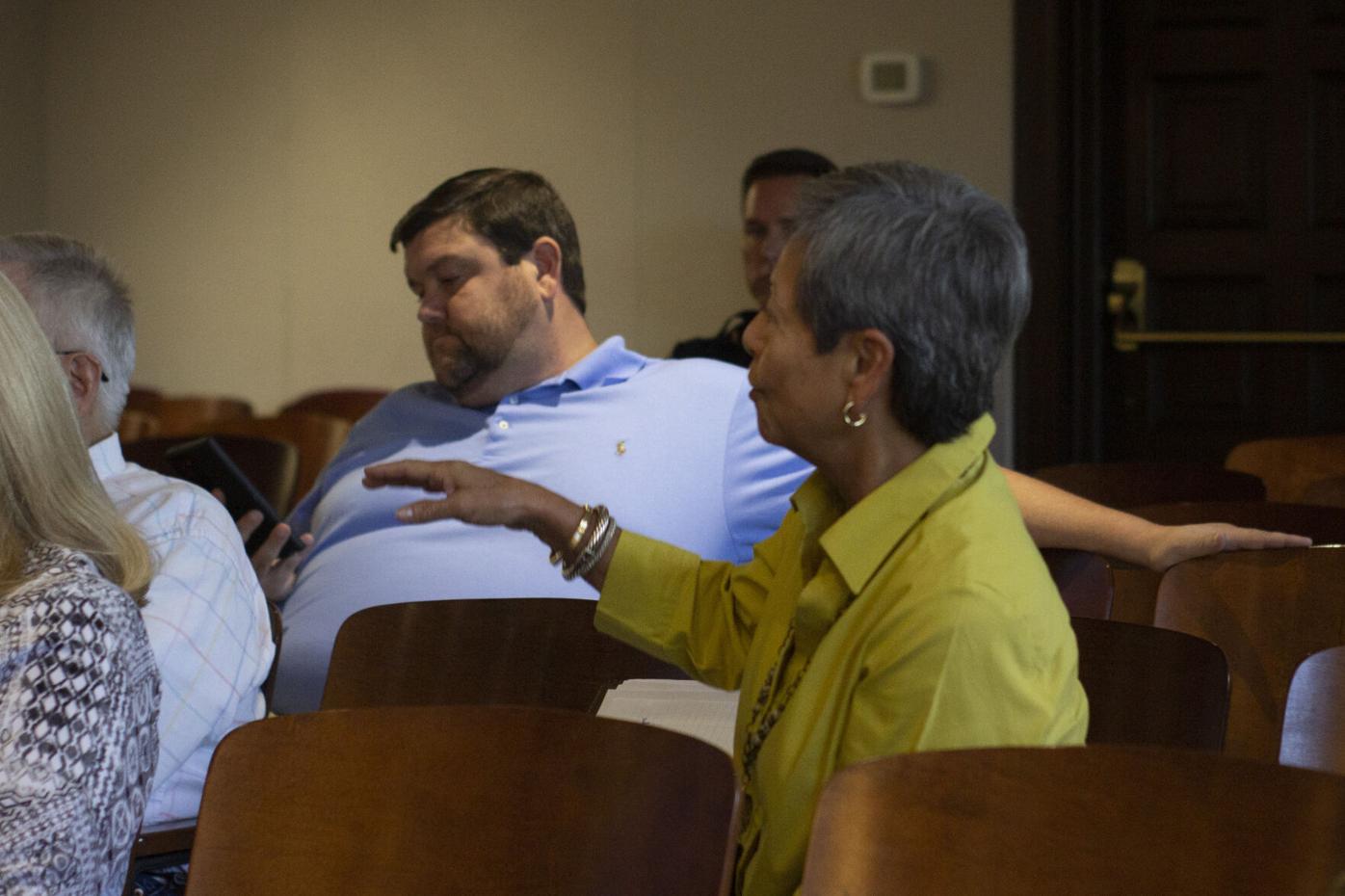 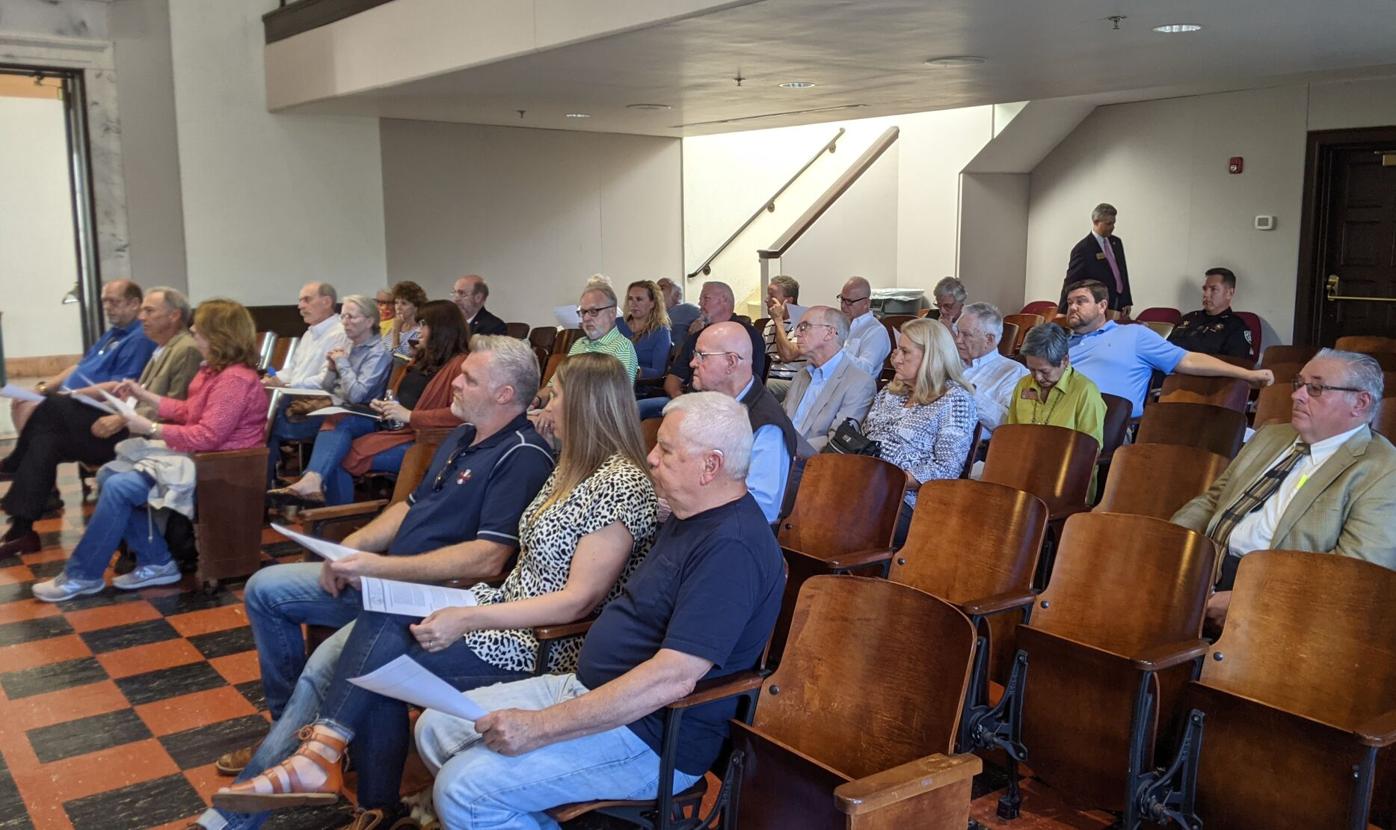 Residents and local officials met Wednesday to weigh in on the state’s redistricting process. 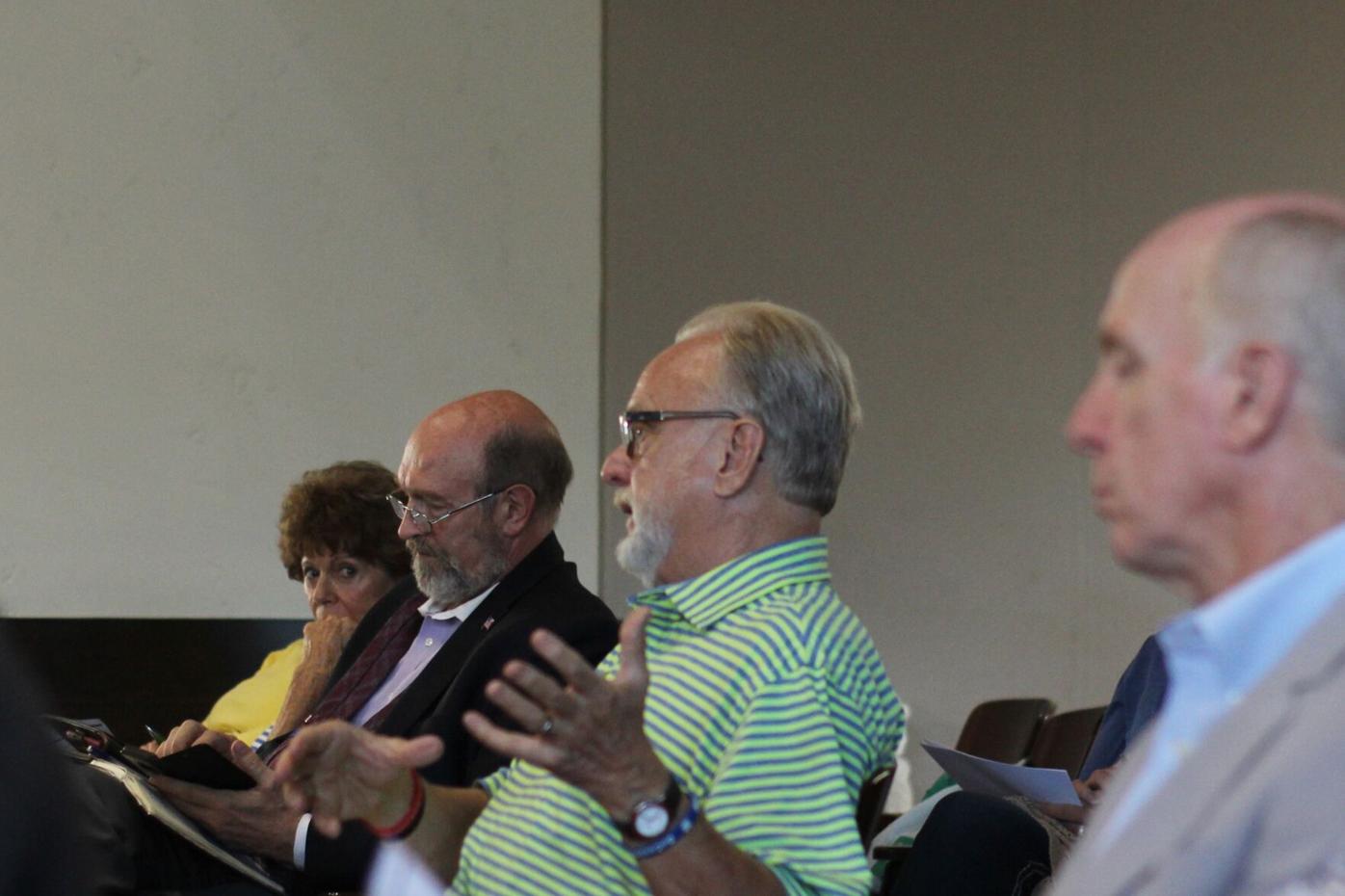 John Wallace, a former representative of U.S. Rep. Barry Loudermilk, said he prefers to have just one congress person representing the county.

Residents and local officials met Wednesday to weigh in on the state’s redistricting process.

John Wallace, a former representative of U.S. Rep. Barry Loudermilk, said he prefers to have just one congress person representing the county.

A small group of Cherokee County residents told officials Wednesday that when district lines are redrawn later this year, they want to avoid splitting up the county and sharing congressional and state representation with surrounding communities.

State Rep. Mandi Ballinger hosted a town hall Wednesday that saw a little over two dozen residents, including Cherokee County leaders, at the historic courthouse. There, she outlined the redistricting process and residents shared their thoughts on what congressional and state representation for Cherokee should look like.

Residents will get another chance to weigh in Oct. 6, when the Cherokee County Republican Party has tentatively scheduled a town hall.

State lawmakers are expected to review maps and decide on congressional and state districts at a special session in November. They could also then approve maps for county offices, including county commission and school board seats, Ballinger said, but they will likely not take the county maps up until January or February.

Normally redistricting sessions are held in the summer, but the coronavirus pandemic slowed down the release of U.S. Census data, which has delayed the process.

In the state Senate, most of the west side of the county is represented by Sen. Bruce Thompson, who also represents most of Bartow County and a small portion of Cobb. Sen. Brandon Beach represents most of east Cherokee and parts of north Fulton. The remaining part of south Cherokee is in the district held by Sen. John Albers, mostly in north Fulton. None of the three state senators live in Cherokee.

Participants at the town hall wanted to see as much representation from within Cherokee County as possible.

“We are very red, so we have in our southern counties that are trending much bluer than Cherokee County is, some of them are wanting to get some of our Republican voters into their districts,” Ballinger said.

Last year, Cherokee voters continued to overwhelmingly support Republicans, with 68.74% of the county going to former President Donald Trump in the presidential election, according to certified election results. In Cobb County, in contrast, President Joe Biden carried 56.34% of the votes.

Polled by Ballinger, nearly all attendees raised their hands to signal that they don’t want to lose portions of the county to other districts in the state legislature.

Another resident said he would be willing to trade portions of General Assembly districts if it means a neighboring county, like Forsyth County, stays red in the state House.

Cherokee County Commission Chairman Harry Johnston said, according to the state’s figures for ideal district sizes, Cherokee should have 4.5 state House seats and 1.4 Senate seats. He asked if four House districts and one Senate district could be drawn completely in Cherokee.

Currently, all of Cherokee County, all of Bartow County, and portions of Cobb and Fulton are in the same congressional district, held by Rep. Barry Loudermilk. Do Cherokee residents like that setup, or do they want to have more than one representative in Congress?

Officials, including Byrd and Cherokee County Commission Chairman Harry Johnston, and John Wallace, who used to work for Loudermilk’s office, said they prefer to have just one Congress person.

“In my experience, I think it’s better for us to have twice as much clout with a single congressman,” Johnston said.

At least one resident agreed, saying he “would hate to see us divvied up among four or five congressional seats.”

Ballinger also explained “cracking” and “packing” in redistricting — when lawmakers divide certain communities into several small pieces, or isolate them within a larger area, respectively, to try to influence elections through the maps. She pointed to Athens-Clarke County, which is split through downtown Athens into three state House districts.

“If you look at Athens, it kind of looks a bit like a pizza,” she said.

Jim Busi, of Canton, said he found the town hall informative. Like most of the others, he supported keeping as many state districts in the county as possible.

“I like the way Cherokee County is going,” he said. “I don’t think we need a bunch of people coming in who have left somewhere — let me give you a good example: you leave California because of high taxes, or you don’t like the crime out there, and you come over here, and you think you need to have crime and high taxes.”

For information from the Georgia General Assembly on redistricting, visit visit www.legis.ga.gov,

ATLANTA – The General Assembly will meet Nov. 3 to begin a special session to redraw Georgia’s congressional and legislative districts. Gov. Brian Kemp announced the date for the session in a proclamation late Thursday. Under Georgia law, the legislature must adopt new district boundaries every 10 years to account for population shifts reflected in […]