You are the owner of this article.
Edit Article Add New Article
You have permission to edit this article.
Edit
Home
News
Sports
Opinion
Lifestyle
Podcasts
Obituaries
Legals Notices
Classifieds
e-Edition
Share This
1 of 5 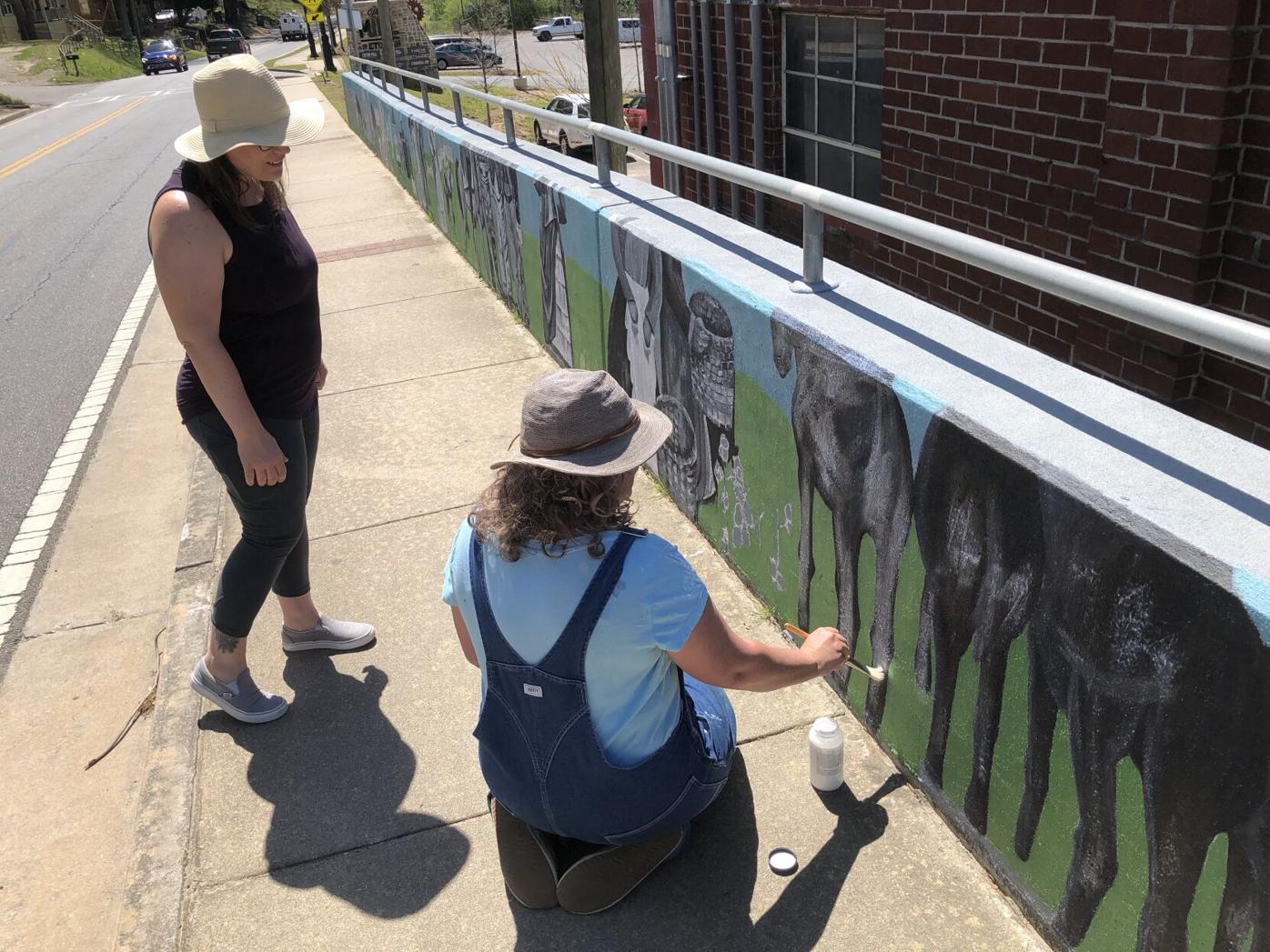 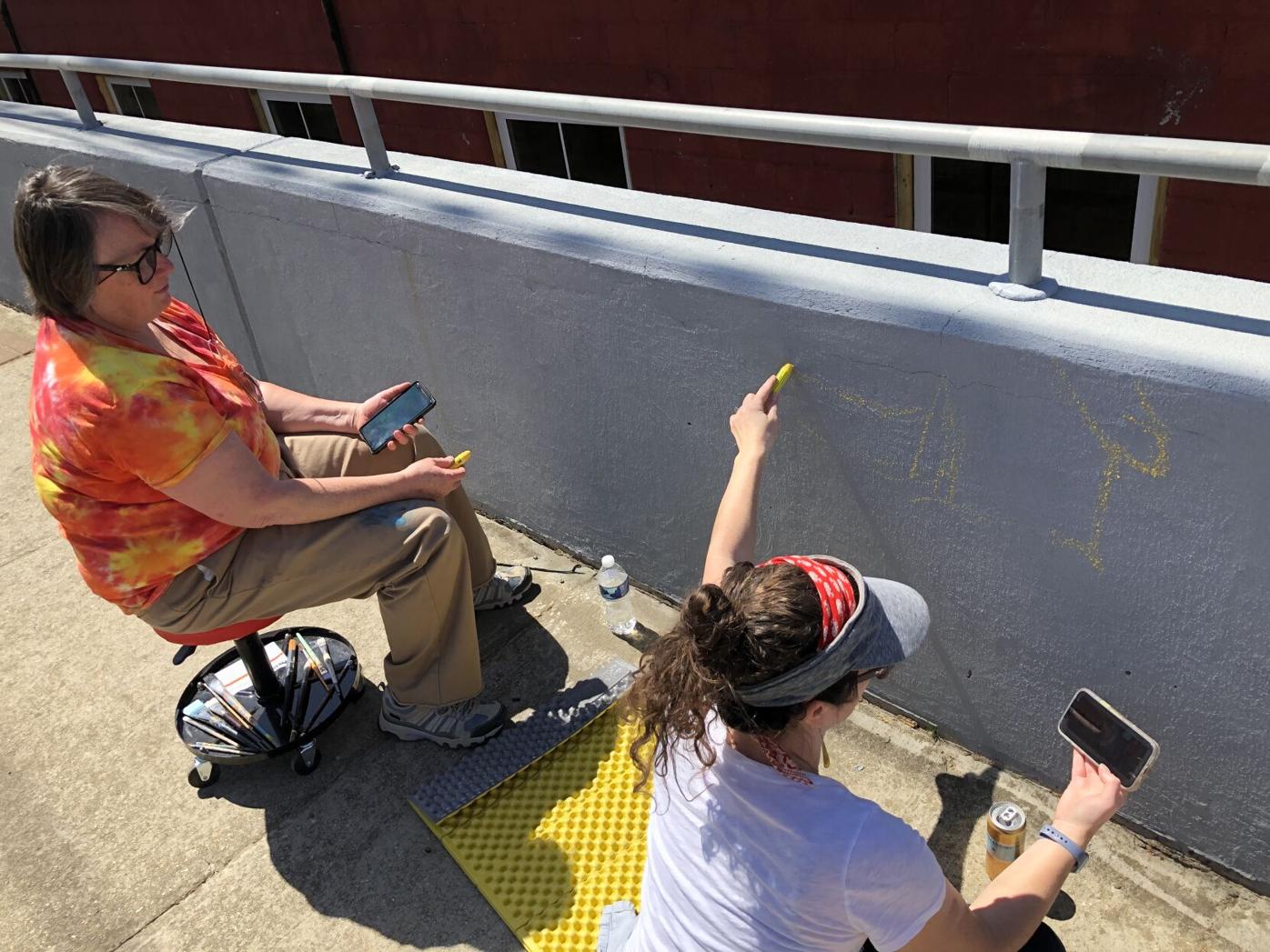 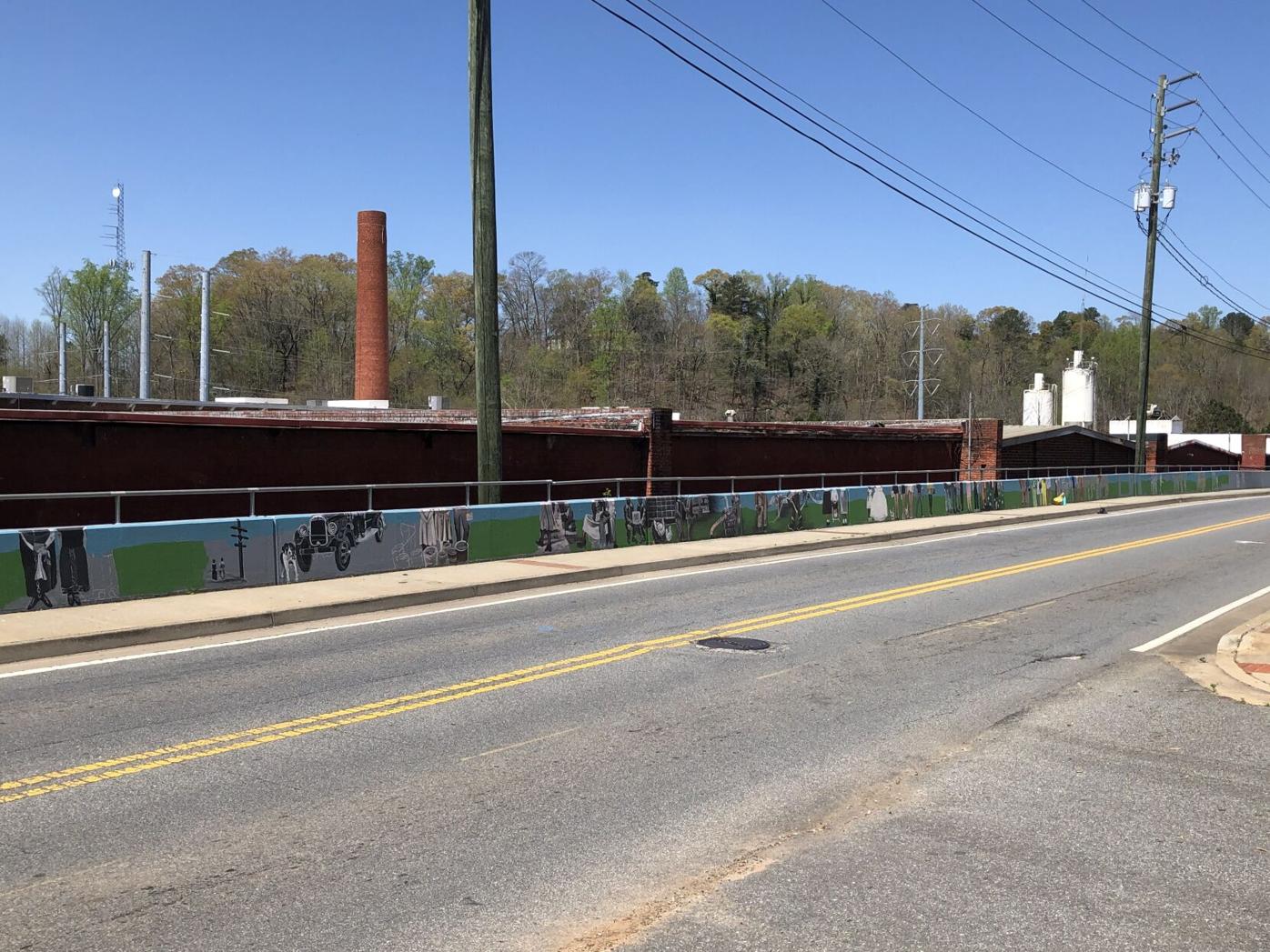 The mural will take up all 600 feet of the concrete wall at Railroad Street. 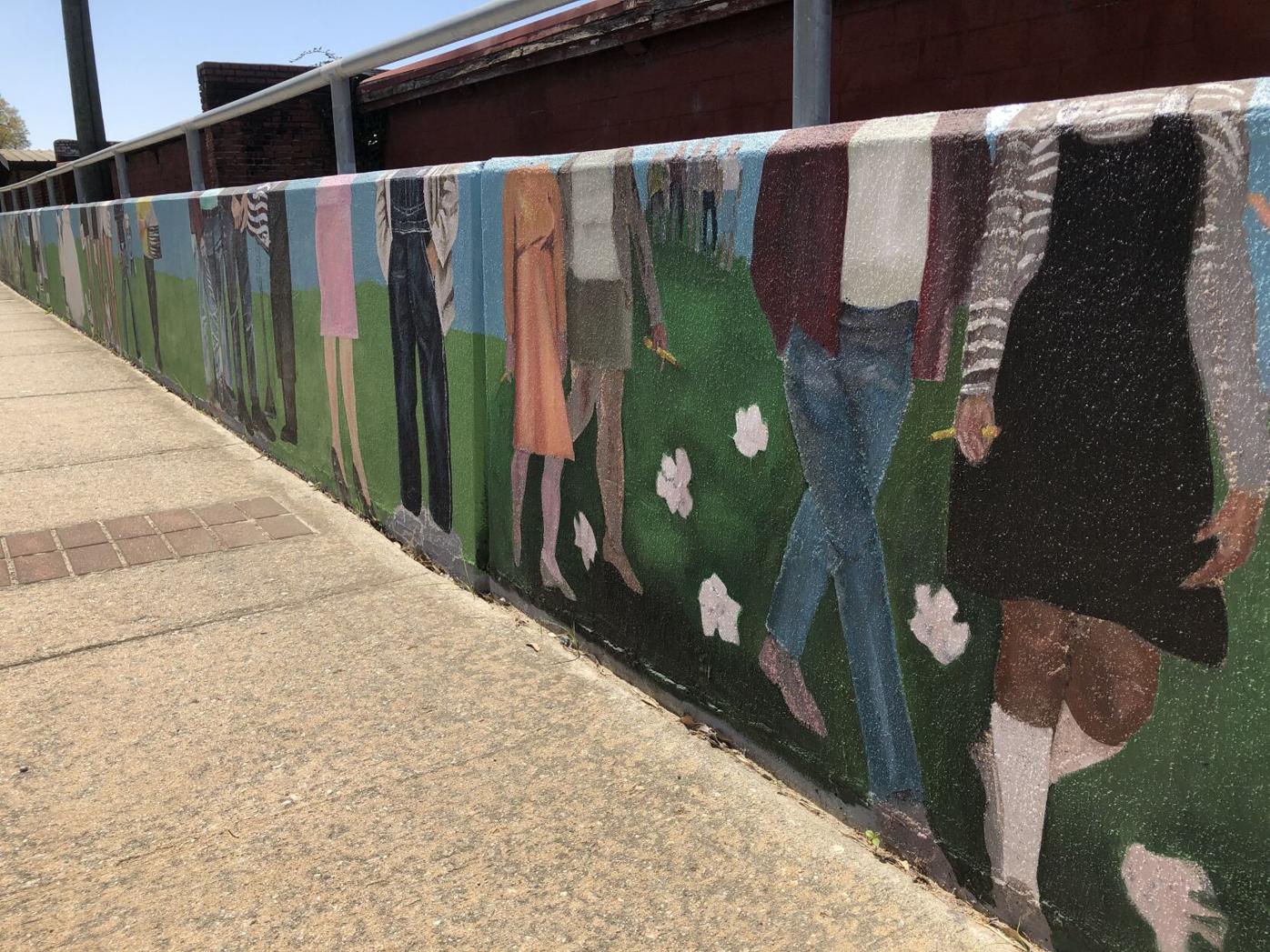 The mural shows the different decades and people who have helped shape Canton into the city it is today. 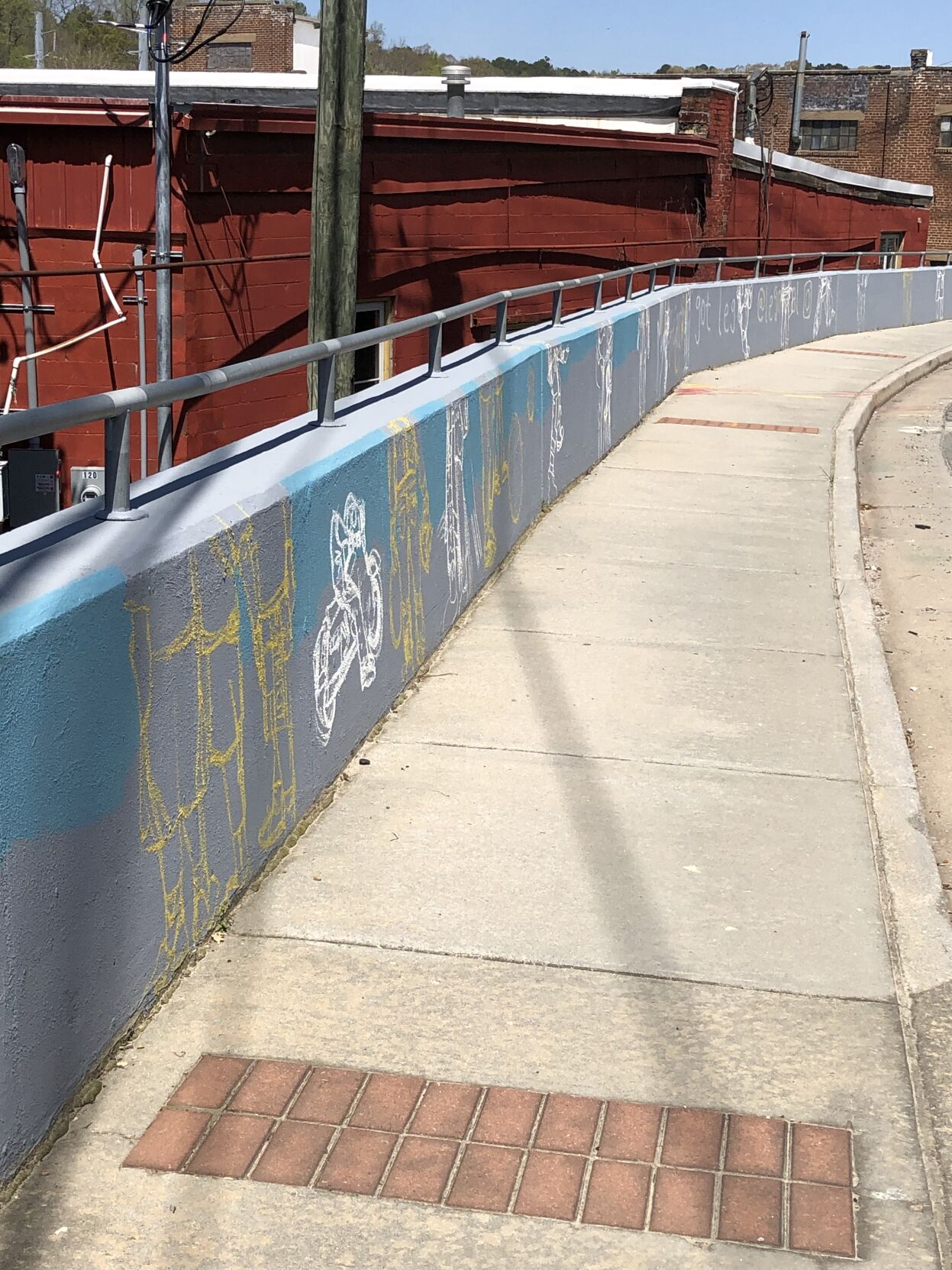 The artists lay down outlines to give themselves a sense of where the people need to go in the mural.

The mural will take up all 600 feet of the concrete wall at Railroad Street.

The mural shows the different decades and people who have helped shape Canton into the city it is today.

The artists lay down outlines to give themselves a sense of where the people need to go in the mural.

Another public art project is in its early stages of development in Canton, on the heels of the ongoing Railroad Street mural project.

Last week, the Canton City Council approved a $10,000 allocation to the city’s main street program for funding of a future mural project in Canton. The money will be allocated from hotel and motel taxes to fund the proposed mural.

Councilwoman Brooke Schmidt said the idea is to have this mural located at a spot easily visible to visitors. Officials haven’t yet decided where in the city it will go.

“Ideally, the mural would be a perfect photo spot for visitors eating and shopping downtown,” she said.

Schmidt said she is an advocate for having more art displayed in the city. She, alongside members of the Main Street Public Arts Steering Committee, pushed for the creation of the Railroad Street mural. This ongoing project is located along a concrete wall that runs along the sidewalk forming a connection with The Mill on Etowah and downtown.

Cherokee High School art teacher Shanna Coulter is leading the group of artists, which includes other Cherokee County art teachers, in the creation of the mural. Coulter said the idea behind the mural was to show the history of the county and city in a creative way.

“We tried to figure out what we could do with the wall, and after a while we decided that because the wall is three feet tall, we could show the legs of the people we paint and draw as a way to showcase all the people who have walked in Canton since the beginning,” she said.

Coulter said the group worked with the Cherokee County Historical Society to learn about the history of the city and the people that lived here, dating back to the pre-historic times.

“The mural starts from the pre-historic times and from there we document the development of the city from the Native Americans that lived here first, to Native American and African American Civil War soldiers, to the mill industry, all the way to the 2000’s with the population boom,” Coulter said. “We are ending the mural with 2020 and the coronavirus pandemic and the people most impacted by this. We designed these people to stand six feet apart.”

Coulter added that the city is planning a mural ribbon cutting for May 29, when the mural is expected to be completed. More details will be released closer to the date.

Schmidt said Mayor Bill Grant and city council are discussing a possible Canton public arts master plan, as well as ways to discuss how public art fits in with the city’s goals and priorities.

“When I was running for council, voters consistently expressed their desire for more art in public places, which works out well for me because it’s a passion of mine as well,” she said.” I feel so fortunate to be serving with a team of city councilors, city staff, Main Street members, and so many others who realize the value public art brings to a community.”