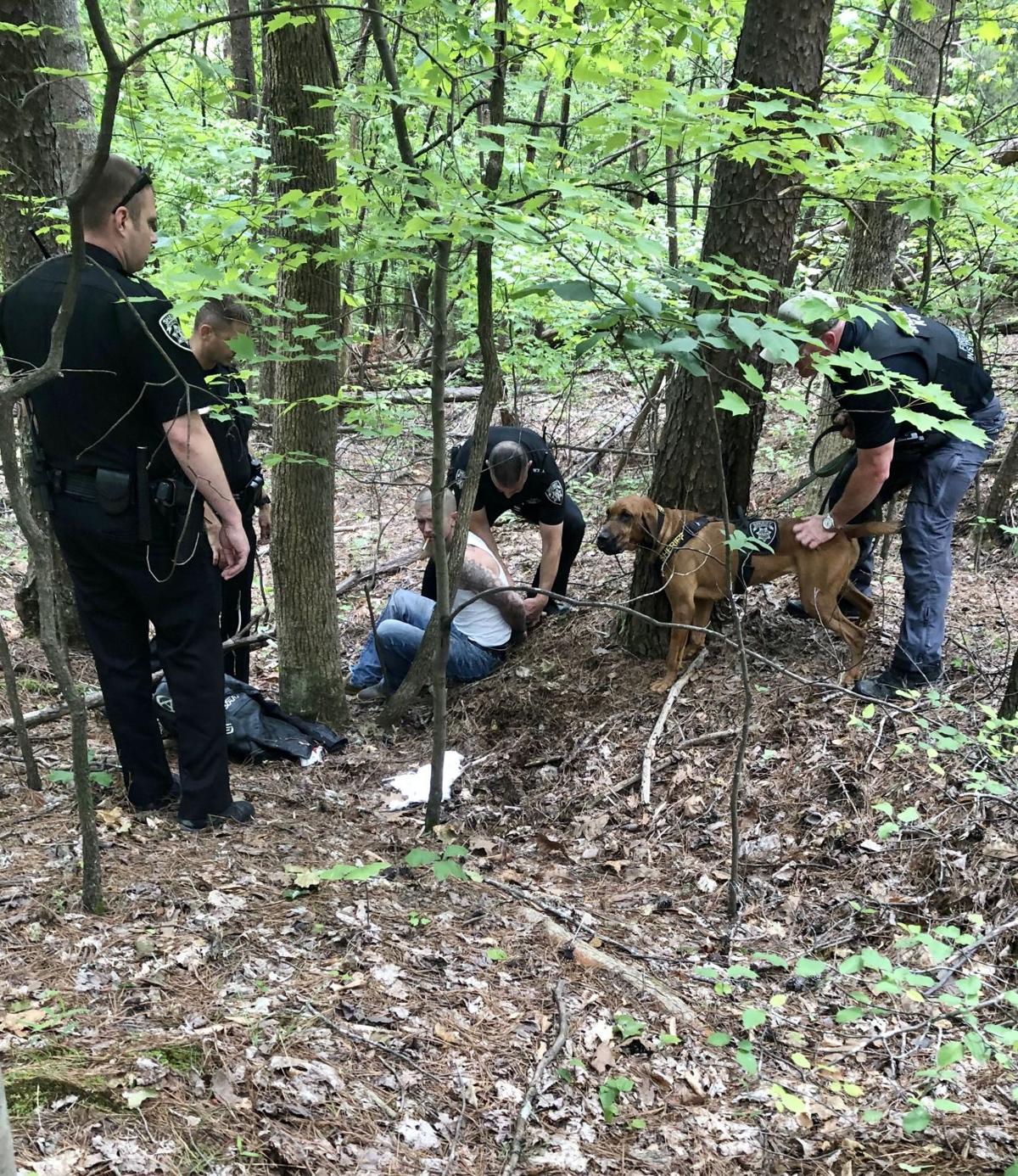 Jesse Duckett of Ball Ground was arrested by Cherokee Sheriff’s Office deputies Wednesday after being tracked by police dog Maggie. 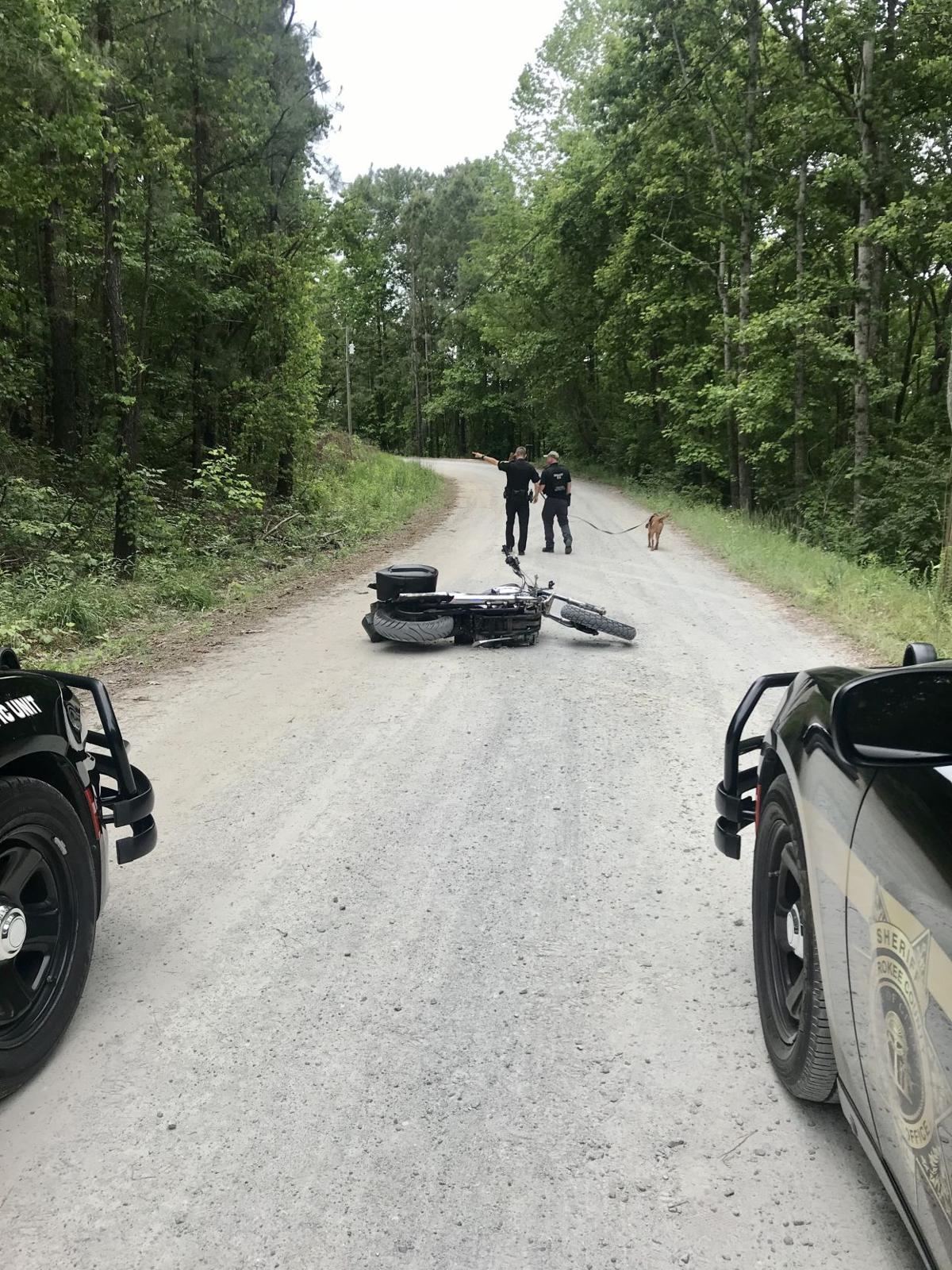 Deputies prepare to track a man who ran from where this motorcycle was found in the road. 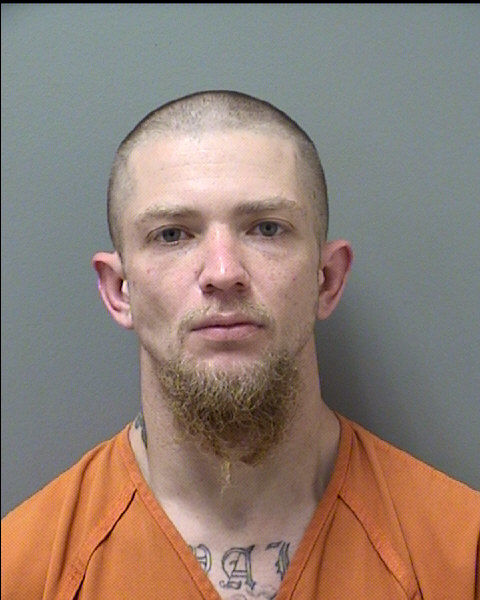 Jesse Duckett of Ball Ground was arrested by Cherokee Sheriff’s Office deputies Wednesday after being tracked by police dog Maggie.

Deputies prepare to track a man who ran from where this motorcycle was found in the road.

A Ball Ground man who apparently wiped out while riding a stolen Harley Davidson motorcycle was arrested Wednesday afternoon when he was tracked down by Cherokee Sheriff’s Office deputies using a police dog.

At about 1 p.m. Wednesday, Cherokee Sheriff’s deputies responded to a location on Cherokee Gold Trail near Ball Ground after a resident reported seeing a man wearing a motorcycle helmet run through his yard. A Harley Davidson motorcycle was discovered lying in the road nearby. The motorcycle had been reported stolen out of Cherokee, North Carolina.

A Cherokee Sheriff’s K-9 handler and his police dog started tracking the man, who was located in the woods a short time later. The man, Jesse Duckett, 29, of Ball Ground, also had methamphetamine, marijuana and prescription medication in his possession. Duckett was charged with theft by receiving stolen property, possession of methamphetamine with intent to distribute, possession of marijuana less than an ounce and possession of a schedule IV drug.

Baker said the accident made the motorcycle inoperable and believes Duckett may have run because he believed law enforcement officers would be called to the scene.

Duckett, who also has an active arrest warrant in Pickens County, remained in custody at the Cherokee County jail without bond Thursday morning.