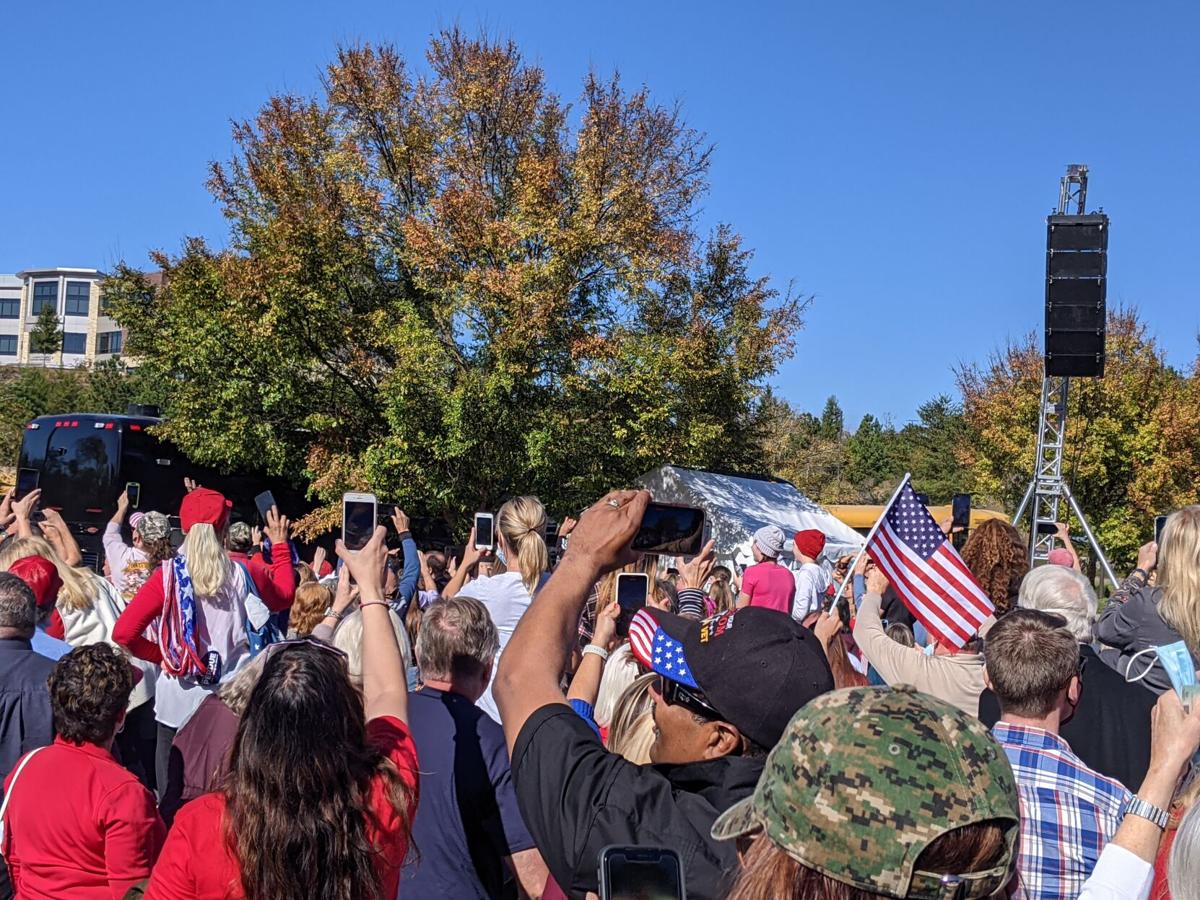 Rally attendees raise their phones to get images of Vice President Mike Pence's bus as it pulled up Friday afternoon. 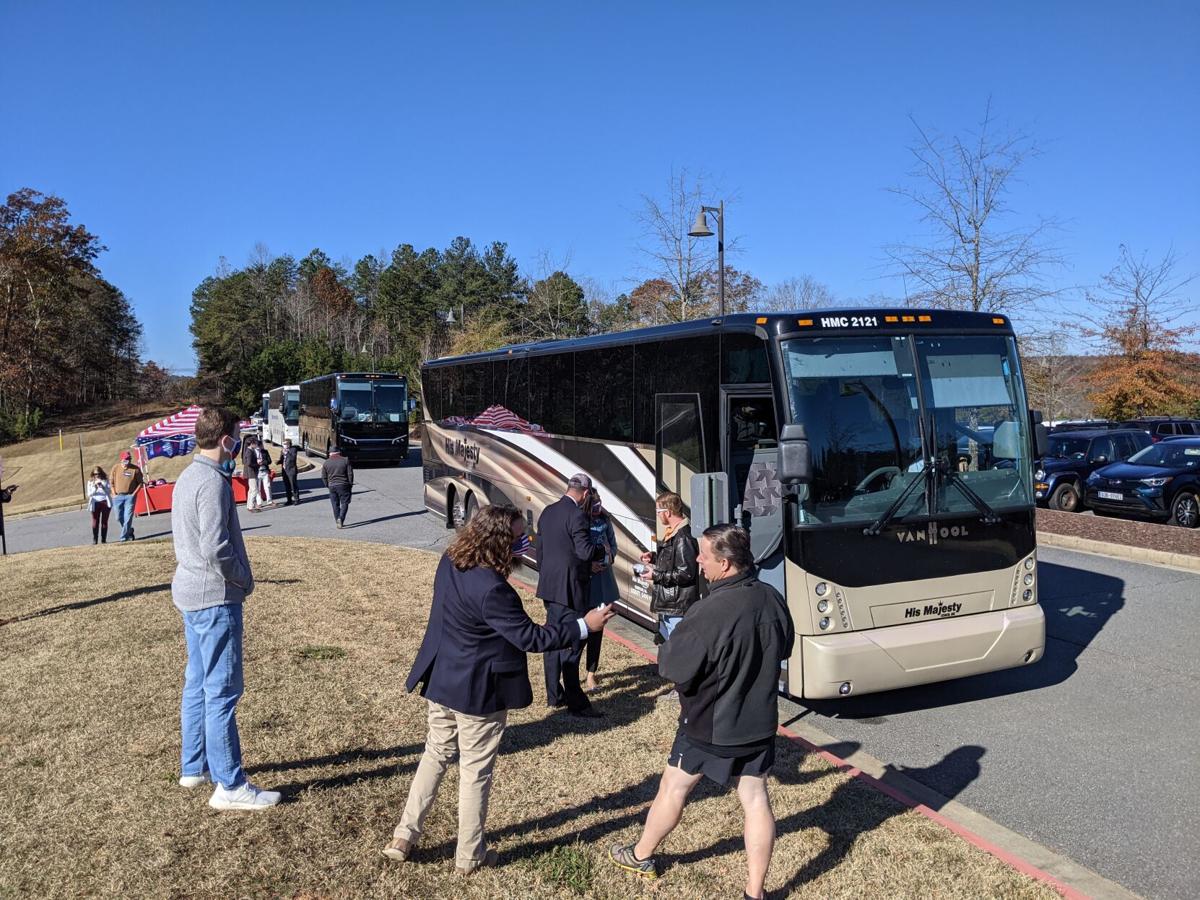 People board buses to attend the rally. 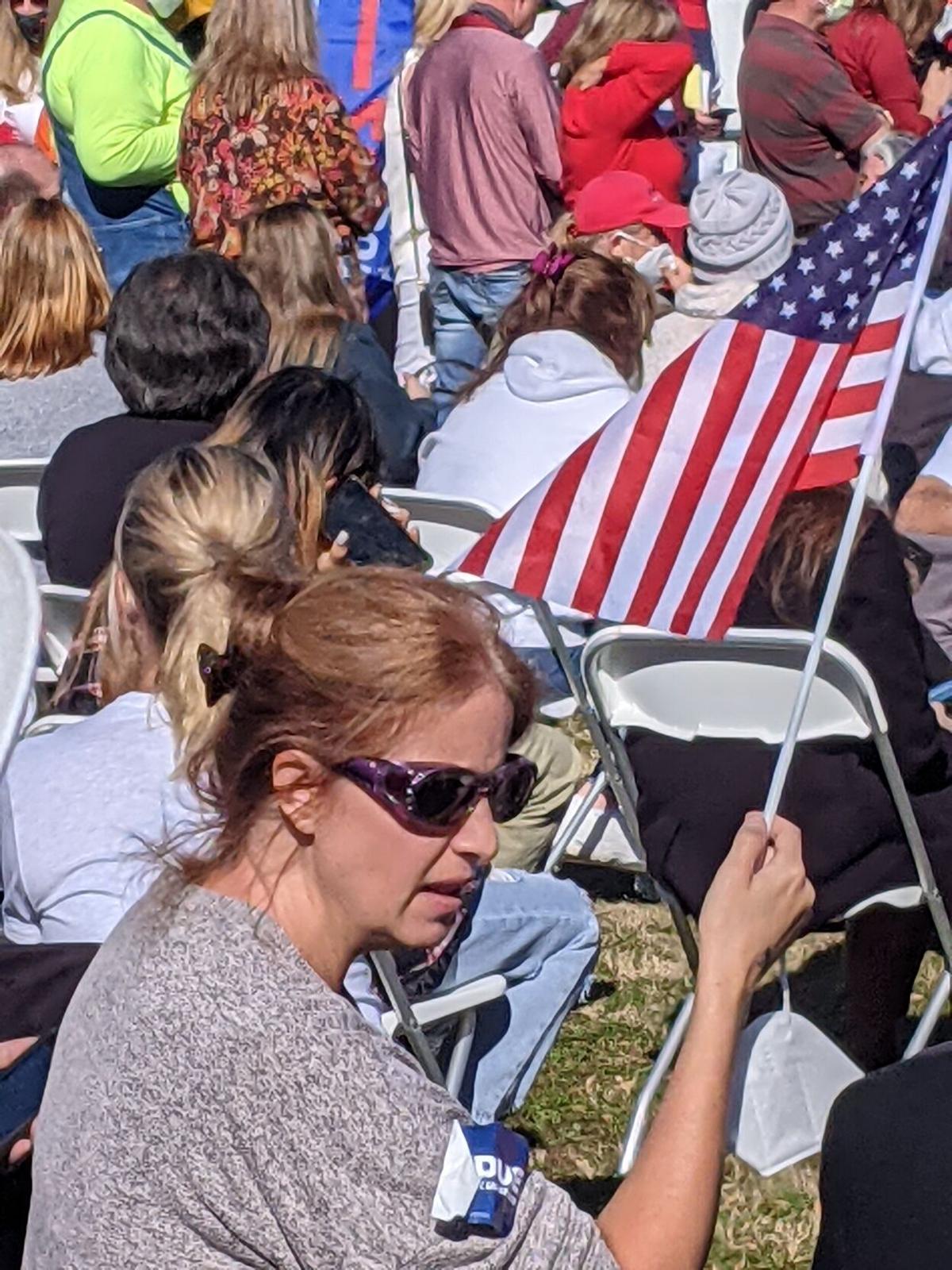 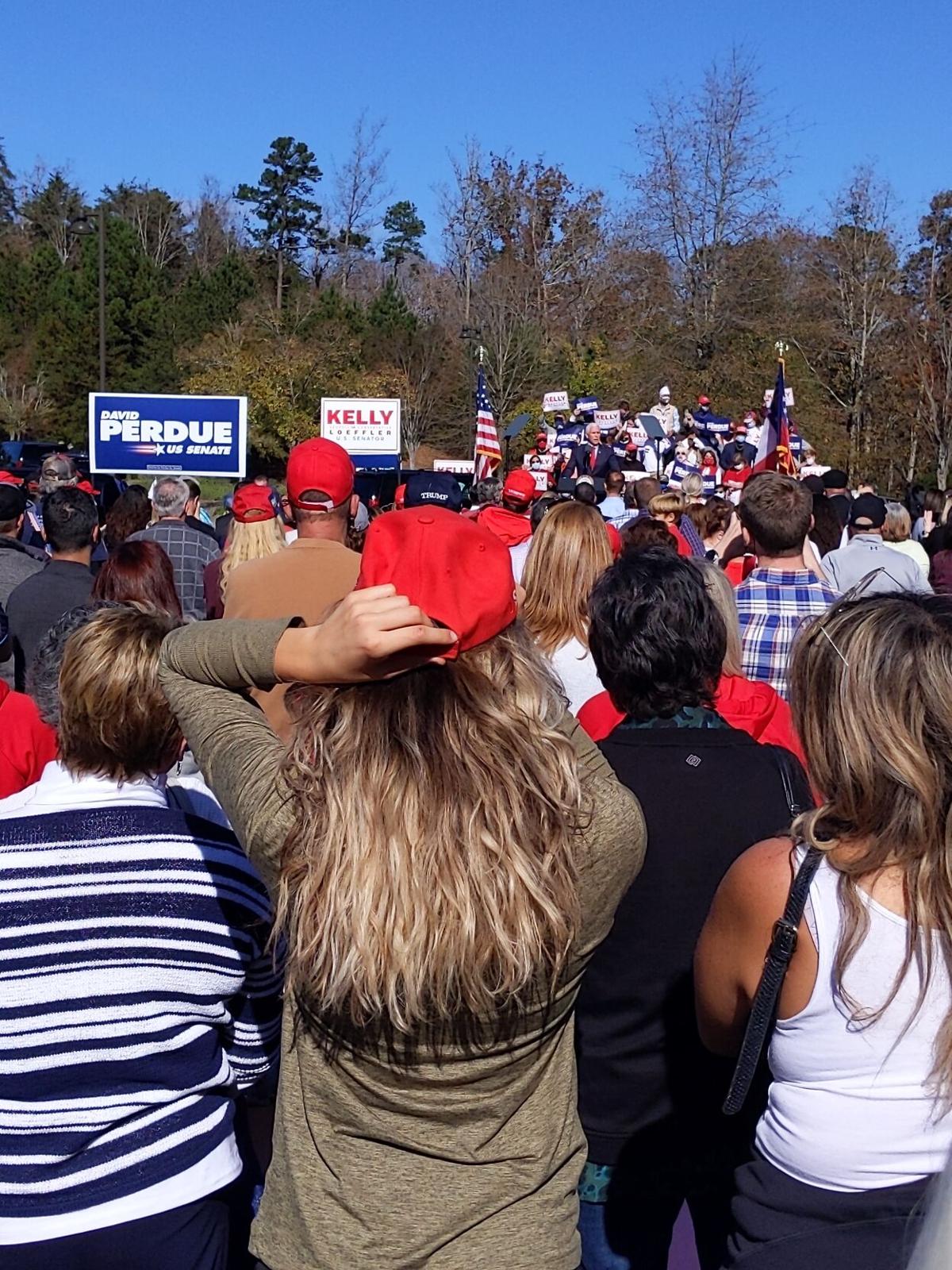 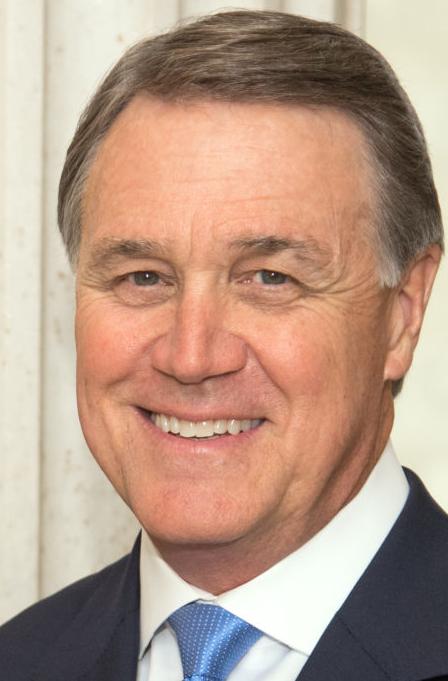 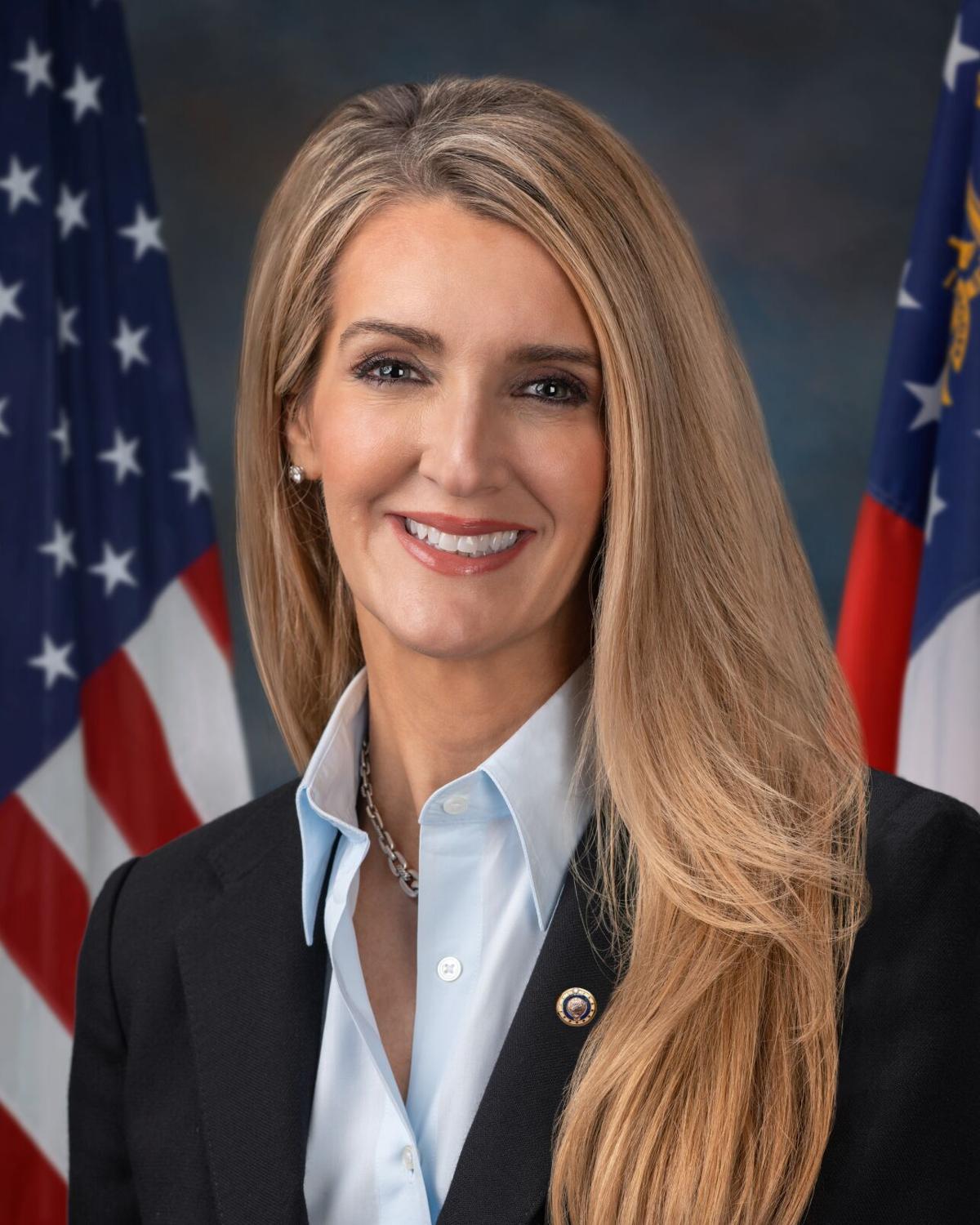 Rally attendees raise their phones to get images of Vice President Mike Pence's bus as it pulled up Friday afternoon.

People board buses to attend the rally.

Pence swung through North Georgia Friday to boost the runoff campaigns for the state’s two Republican senators as they battle Democratic contenders for control of the U.S. Senate.

While not conceding the election that has been called for Democrat Joe Biden over President Trump, Pence made it plain that Georgia Republican voters will need to hand Republicans Perdue and Loeffler victories in the Jan. 5 runoff elections to block Democratic control of Congress and the White House.

“We need the great state of Georgia to defend the majority,” Pence said at a rally in Canton. “And the road to the Senate Republican majority goes straight through the state of Georgia.”

Pence’s rally stops in Cherokee and Hall counties came as Georgia’s presidential election were being certified on Friday afternoon, confirming Biden’s win in the state over President Trump. The Trump campaign can now request a recount because of the narrow margin of the vote.

Hinting at the prospects of an incoming Biden administration, Pence said Georgia “could be the last line of defense” against Democratic control in Washington, D.C.

People began gathering at Chattahoochee Tech’s Canton location before 10 a.m. to catch buses to the rally site down the street at the county administration building and conference center location at 1130 Bluffs Parkway.

The outdoor rally site slowly filled busload by busload until there were more than 1,000 supporters filling the space awaiting the arrival of Loeffler, Perdue and Pence. The buzz grew when a security helicopter circled the site twice just before the vice president’s motorcade came up Bluffs Parkway.

Former governor and now Secretary of Agriculture Sonny Perdue was the first to take the stage and introduce Loeffler and Perdue.

“We are the firewall against socialism in this country,” Loeffler said. “(Democratic minority leader Sen.) Chuck Schumer said it all when he said ‘First we take Georgia, then we change America.’ No thanks.”

Loeffler holds the seat opened by the retirement of Sen. Johnny Isakson because of health issues. Perdue is completing his first term in the Senate.

“Today we’re last line of defense against this country making a change to the left that we won’t get to undo for maybe two, three, four, five generations,” Perdue said.

Pence is the latest high-profile national Republican to stump for Perdue and Loeffler in Georgia ahead of the Jan. 5 runoff elections, following visits from Sens. Marco Rubio and Rick Scott of Florida and Sen. Tom Cotton of Arkansas.

They are helping fuel a campaign by national and state Republicans to paint Democratic Senate hopefuls Jon Ossoff, an investigative journalist, and Rev. Raphael Warnock, the senior pastor of Atlanta’s Ebenezer Baptist Church, as too far left for Georgia voters.

That message has been carried in a series of attack ads from Loeffler featuring her opponent Warnock’s past comments on police from the pulpit, and in television interviews where Perdue has accused Ossoff of being too cozy with China.

Ossoff and Warnock punched back this week, highlighting news reports on moves Perdue allegedly pursued to benefit a Navy supplier and professional sports owners, as well as an ethics complaint lodged against Loeffler for appearing to solicit campaign donations on federal property.

The two runoff races look to gain steam over the next six weeks with intense national attention being paid to the candidates and money pouring in from both political parties to bolster each campaign.

Early voting for the Senate runoff elections starts Dec. 14. The deadline for Georgia voters to register for the runoffs is Dec. 7.

Beau Evans is a staff writer for the Capitol Beat news service.