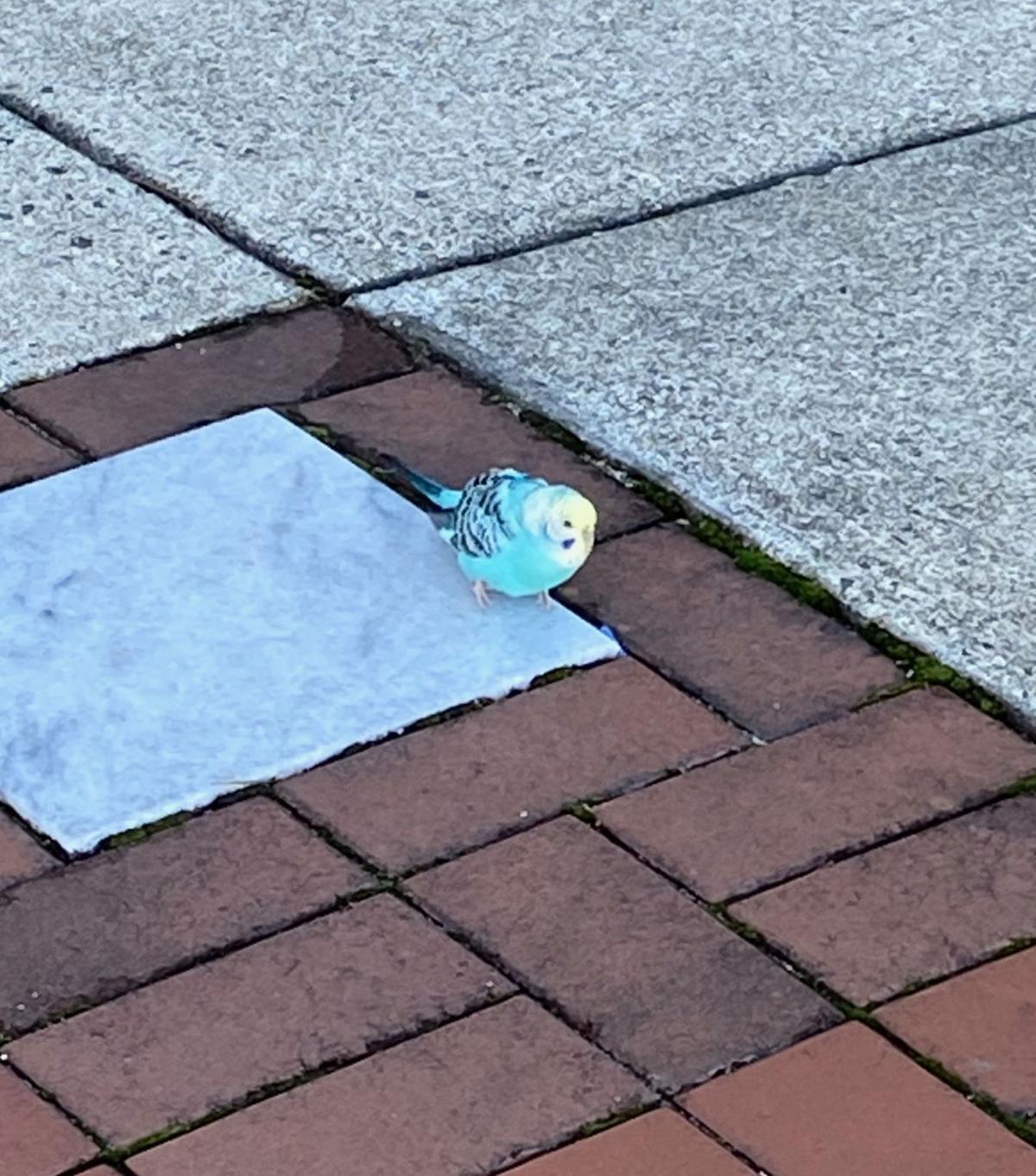 The parakeet was found outside the Canton City Hall building by city employee Bethany Watson. 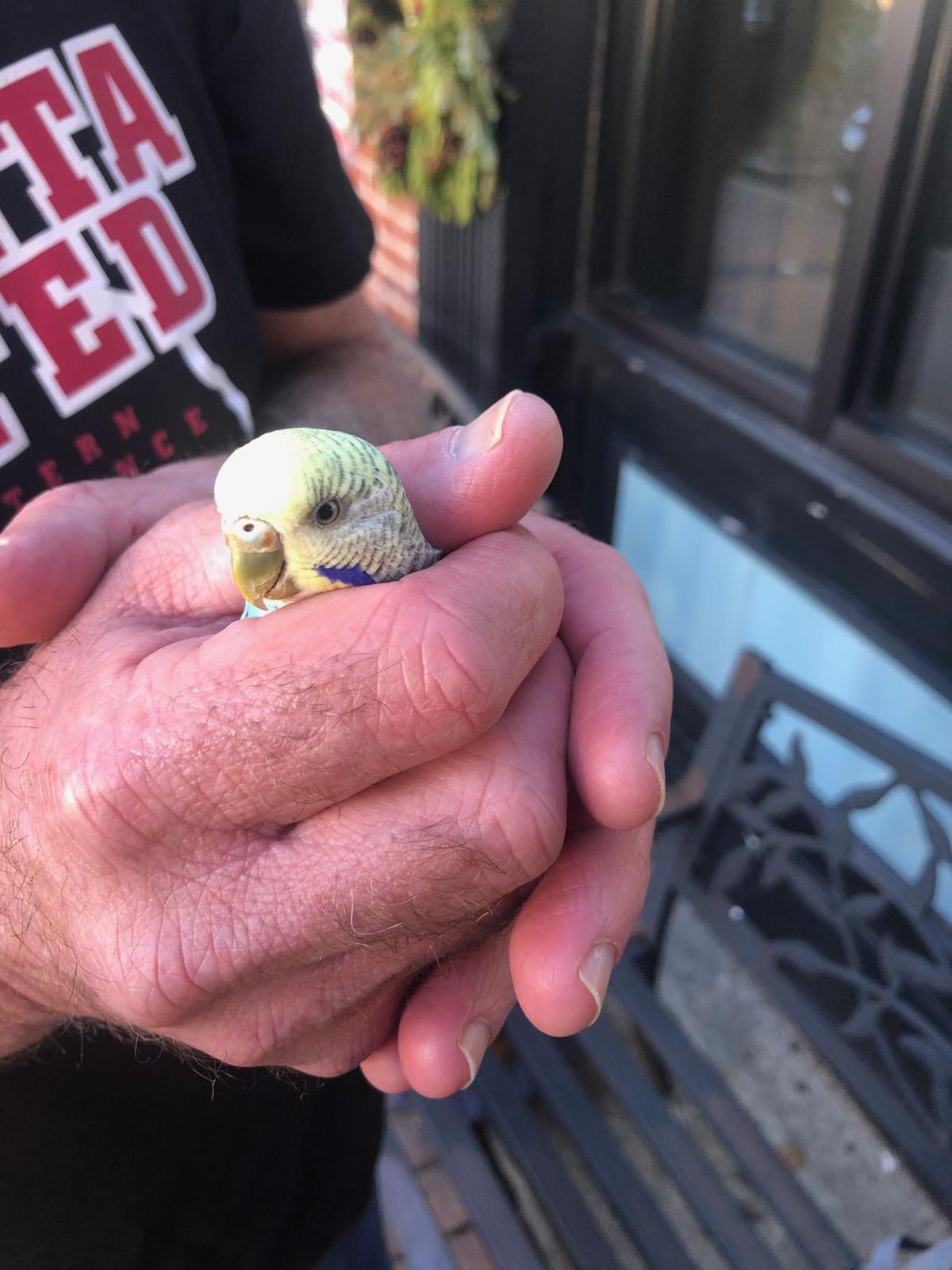 Council member Shawn Tolan carefully picking the bird up to place it into his backpack.

The parakeet was found outside the Canton City Hall building by city employee Bethany Watson.

Council member Shawn Tolan carefully picking the bird up to place it into his backpack.

“I went to city hall to turn in my final campaign contributions paperwork one day,” Tolan said. “I then went downstairs to the auditorium to get the lay of the land before the upcoming swearing in that was to take place. I looked outside the door and I saw Bethany Watson, who is a city employee, looking at the ground. I couldn’t see what she was looking at so I went outside and asked her what was going on.”

Tolan said she told him that there was a small yellow bird on the ground. Tolan noticed that it looked like an exotic bird, so he decided to catch him so he could take it to a rescue. He then picked up the bird with a long sleeve shirt, gently picking the bird up and placing him in his backpack.

On Tolan’s way home, he passed a building with trees surrounding it. As he passed one of those trees, realization set in.

“The little guy started going bananas as I passed a tree,” Tolan said. “I thought I heard another bird up in a tree, but I kept walking for half a block when I realized that the little guy in my backpack was talking to another bird.”

Tolan then turned his bike around and went back to the tree where he had heard the other bird. He ended up finding a bird that looked just like the one he had picked up.

“You’ve got to be kidding me,” Tolan exclaimed.

He stopped and the parakeet started going crazy, he said.

“I couldn’t figure out what to do,” Tolan said.

“I unzipped my bag to let the bird go and meet the other bird because I thought they might be related or partners or something. Little did I know, some people on Facebook told me that those birds couldn’t take care of themselves in the wild, so I vowed to go out and look for them.”

Tolan and a woman from Deer Run in Towne Lake who messaged him on Facebook went out to look for the birds.

“We looked for the birds for a solid hour for a couple of days each,” Tolan said. “I grabbed a Bose Revolve Speaker that I attached to my bike that was playing parakeet sounds off of YouTube. I rode through town trying to find him. People probably thought I was insane because I had the volume on my phone and speaker at max.”

Tolan never did find the parakeets, and he said he wishes he had acted differently.

“It was pretty mind blowing,” Tolan said. “Had I known at the time what I know now, I would’ve bought a cage and some bird feed, got both of the birds in that cage and found a rescue.”

So far, no owner has been identified and the birds have not been found, Tolan said.

I have to ask, Shawn are you an idiot? Do you think parakeets can survive in winter? Had you ever seen or heard of parakeets before? I'm just glad it wan't a child you found. You might have dropped the kid off at Build a Bear. LOL