You are the owner of this article.
Edit Article Add New Article
You have permission to edit this article.
Edit
Home
News
Sports
Opinion
Lifestyle
Podcasts
Obituaries
Legals Notices
Classifieds
e-Edition
Subscribe Today
Share This
1 of 14 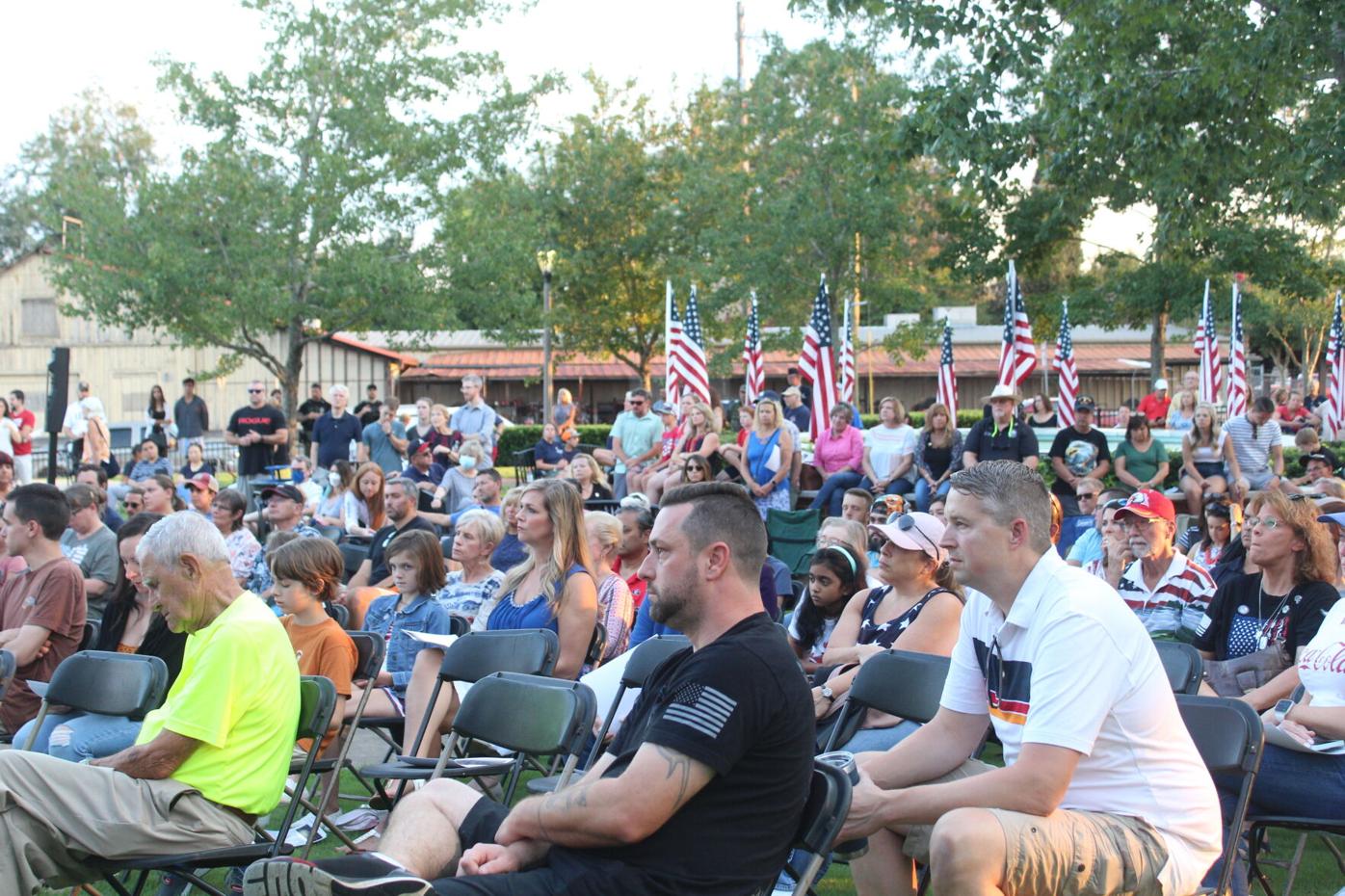 About 500 visitors were reported to have attended Woodstock’s 9/11 Day of Remembrance, according to the city. 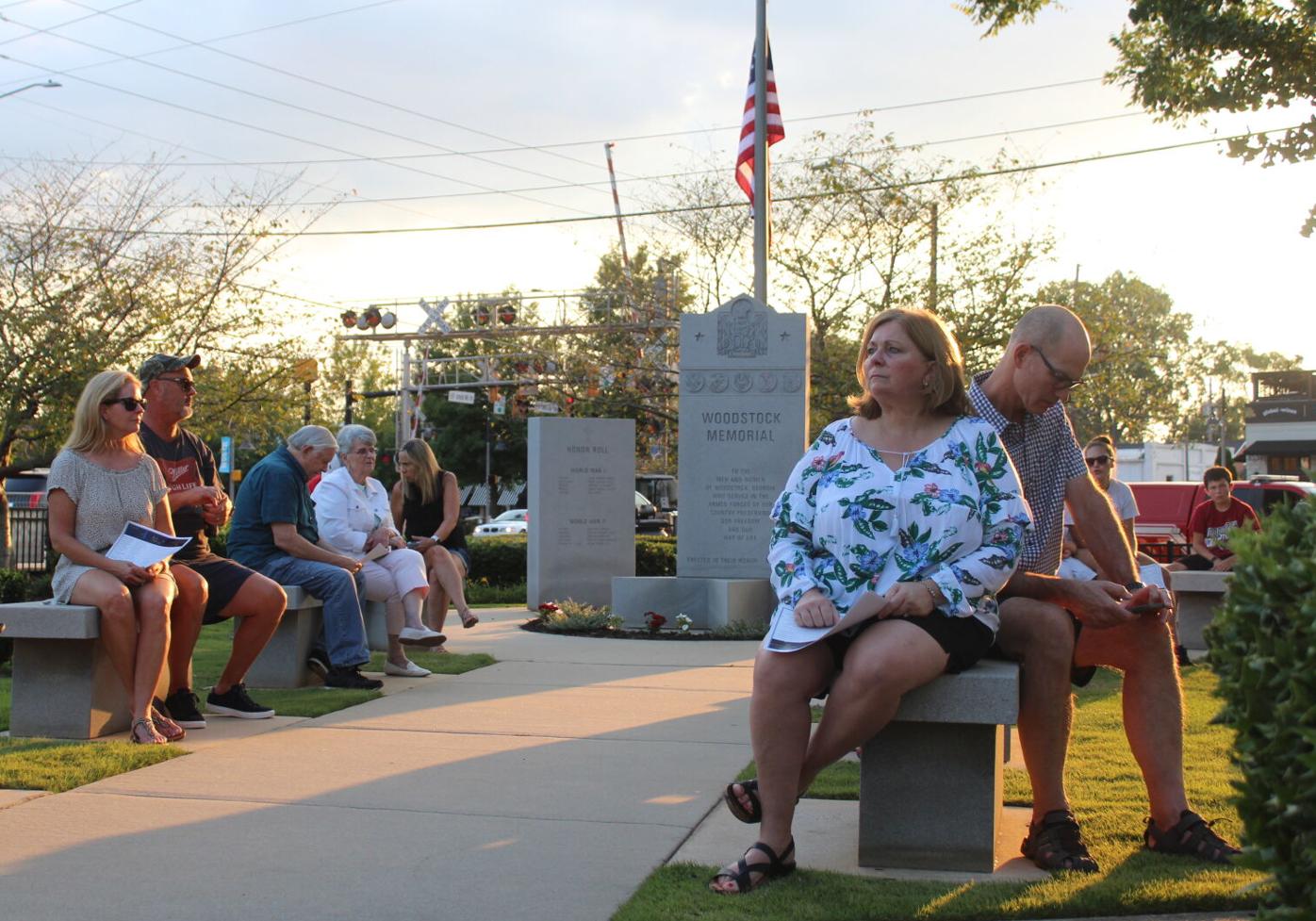 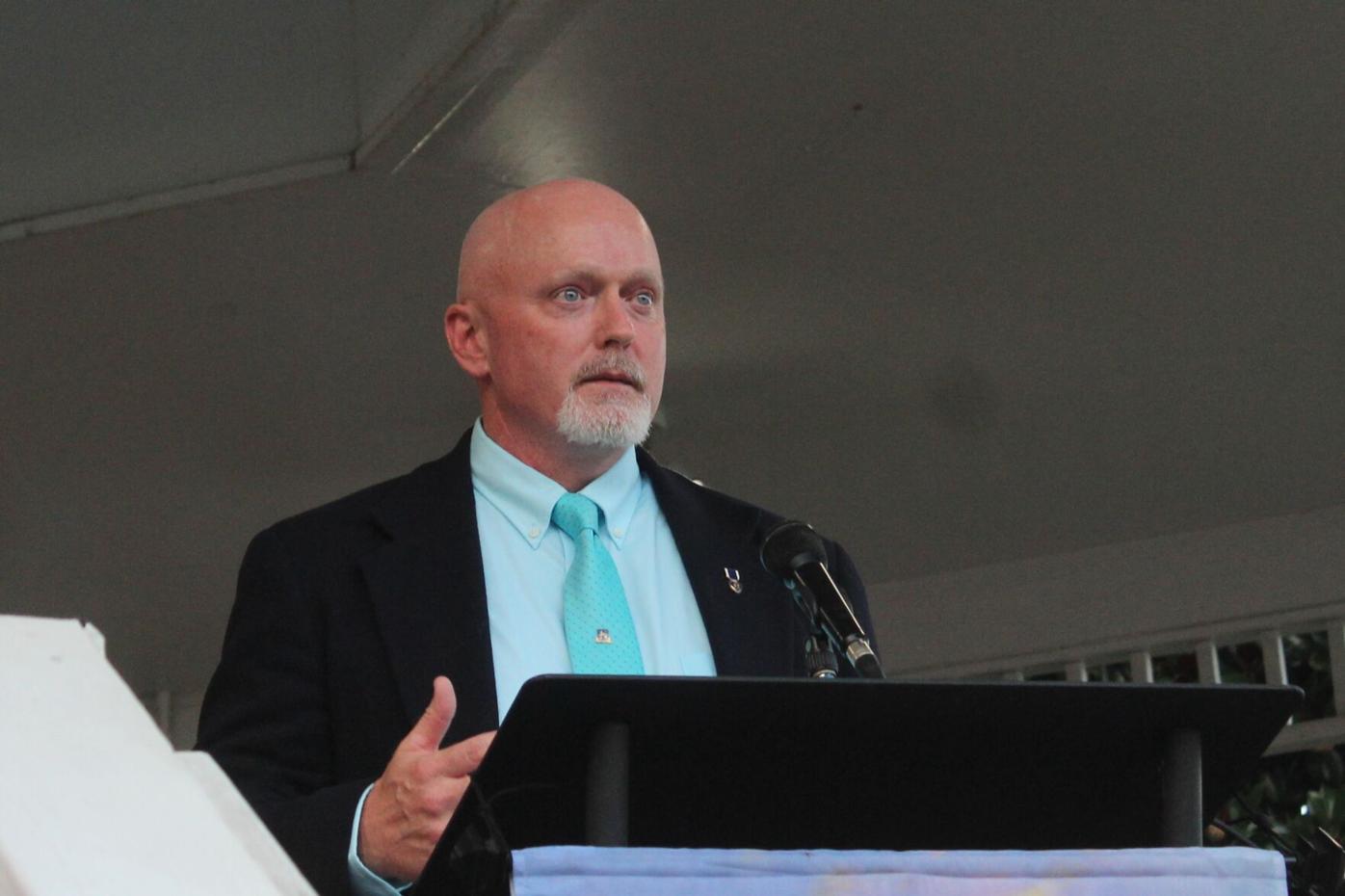 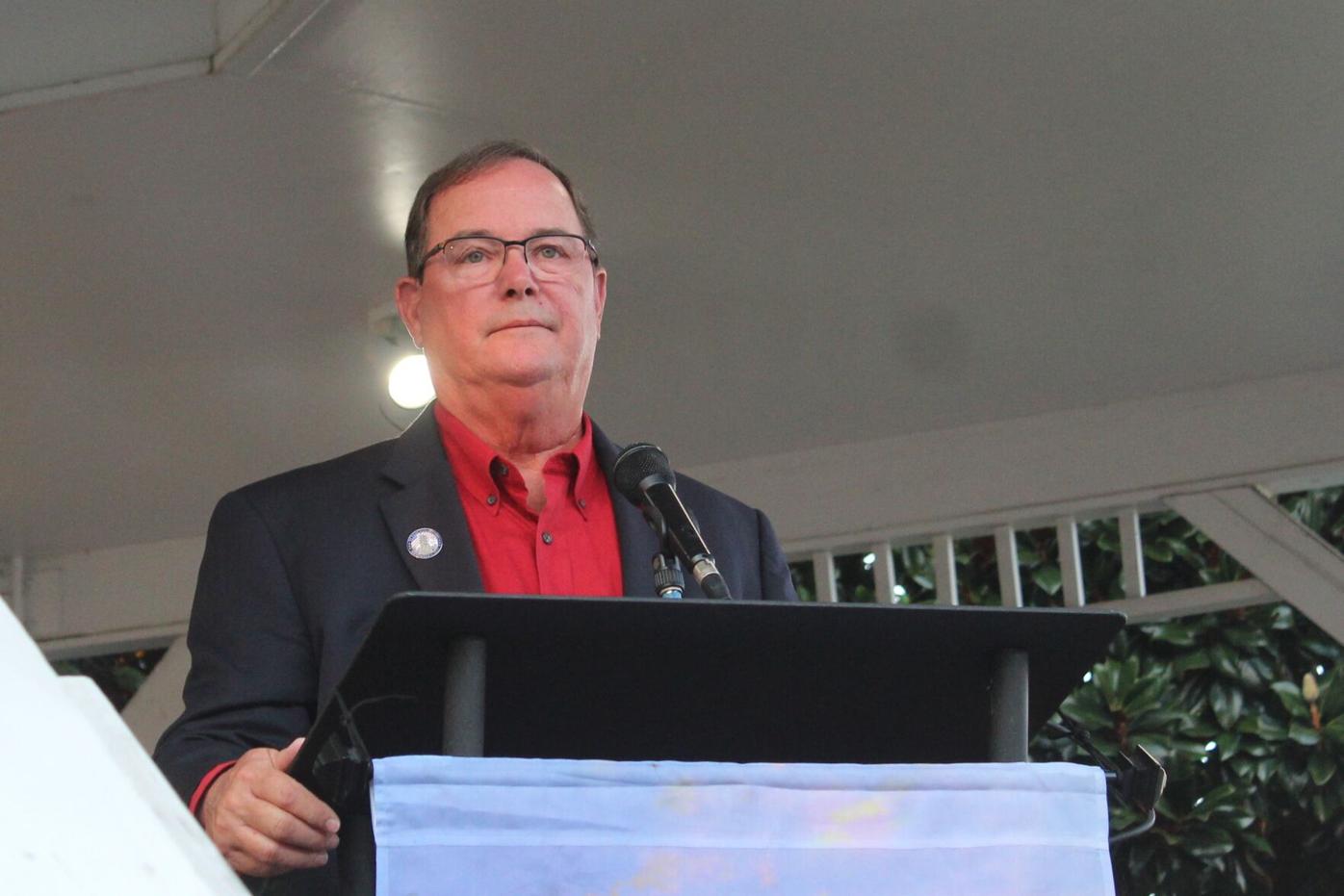 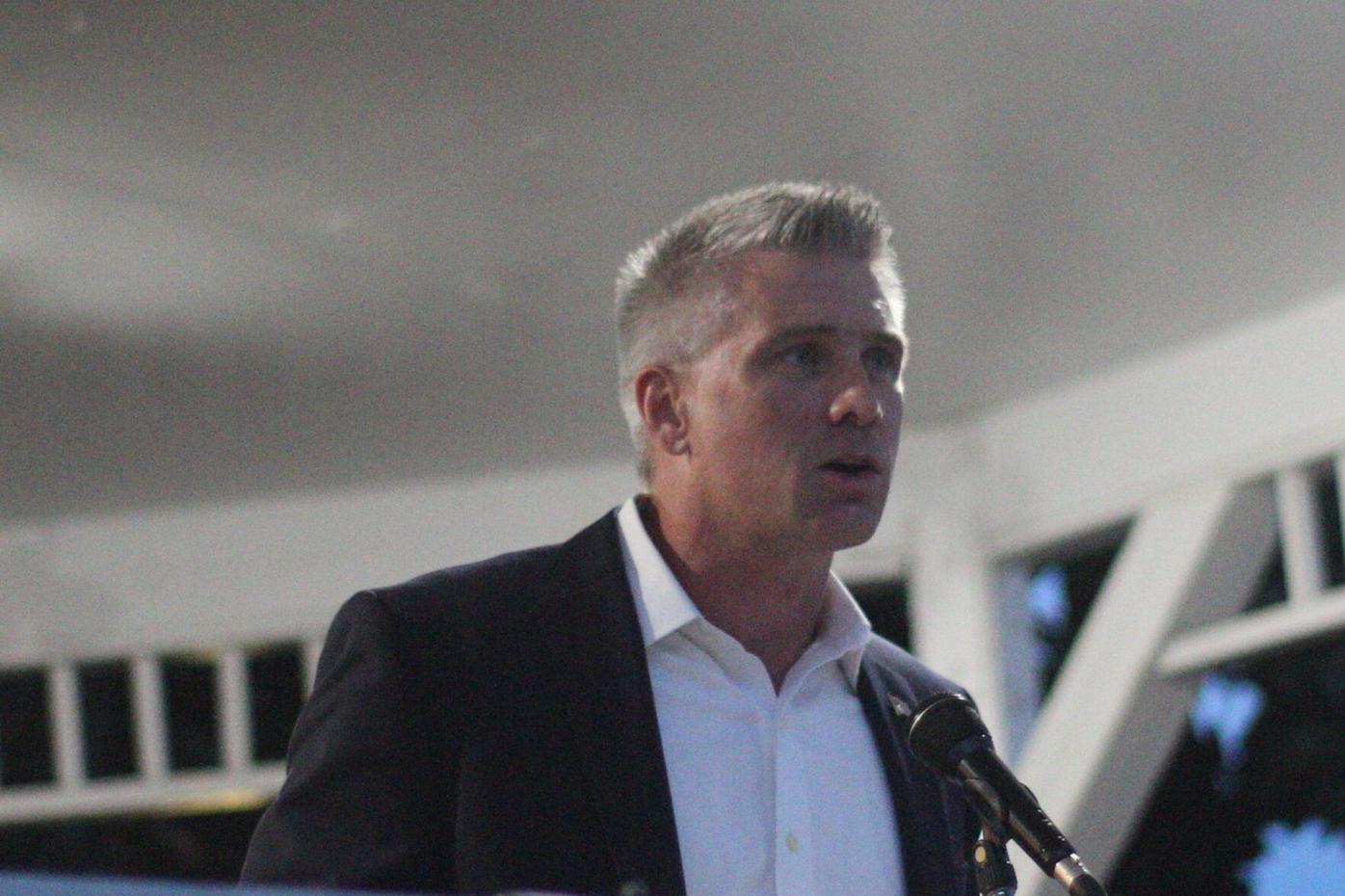 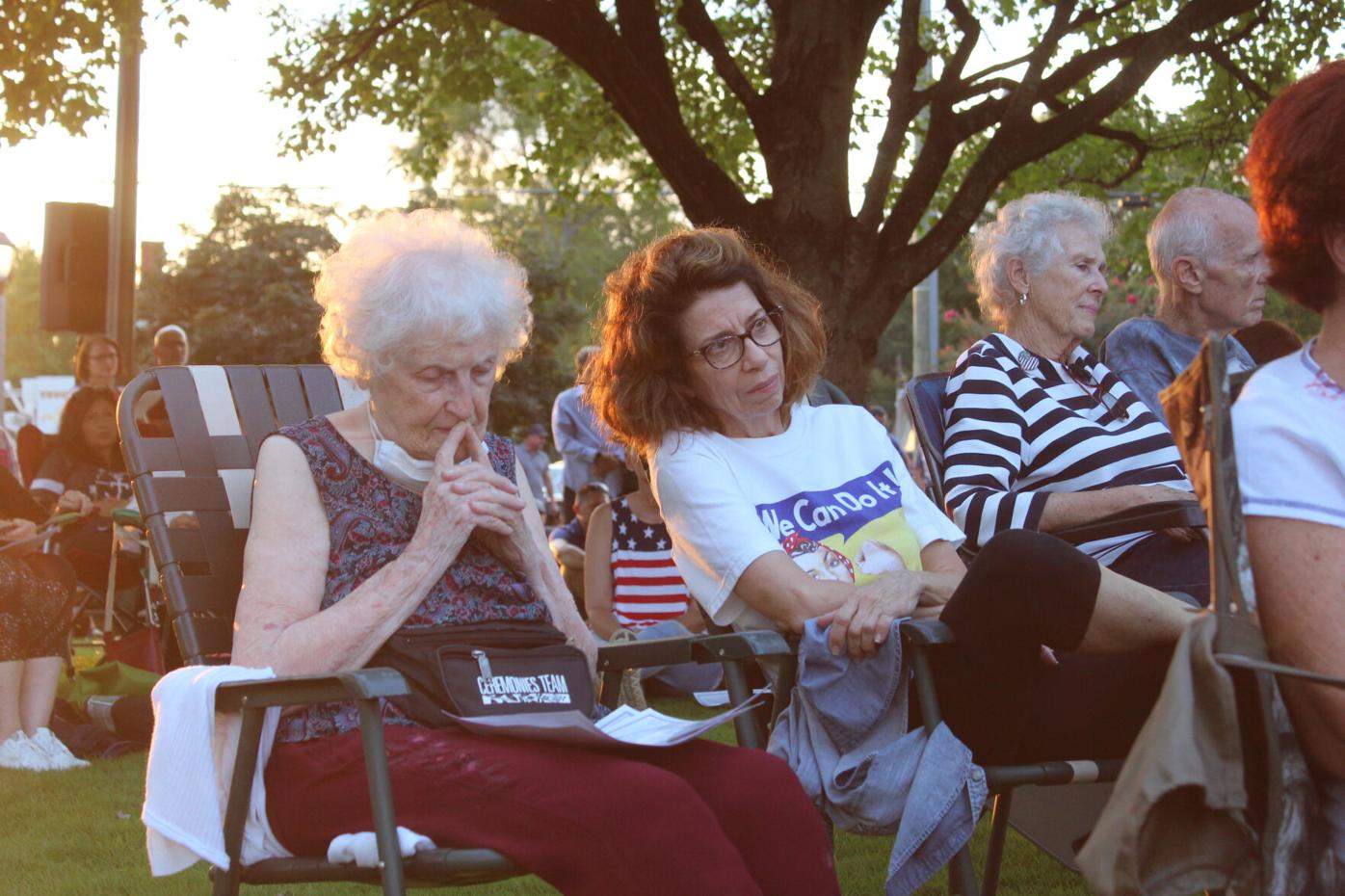 Woodstock historian Juanita Hughes and Pam Maleski listen to a recording of 'Where Were You (When The World Stopped Turning)' by Alan Jackson. 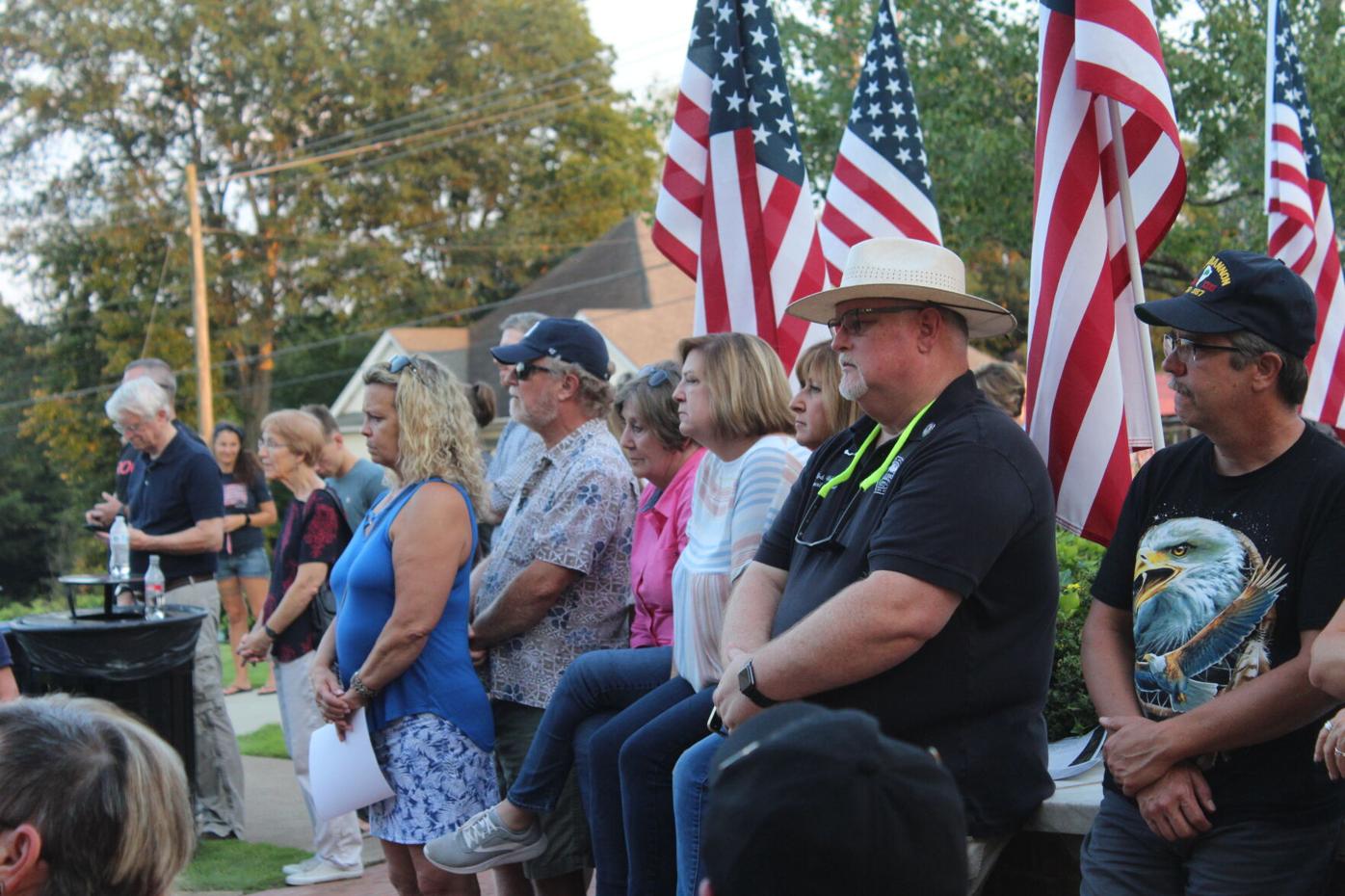 Woodstock City Councilman Rob Usher listens to a recording of Alan Jackson’s Sept. 11 song, ‘Where Were You (When The World Stopped Turning)’. 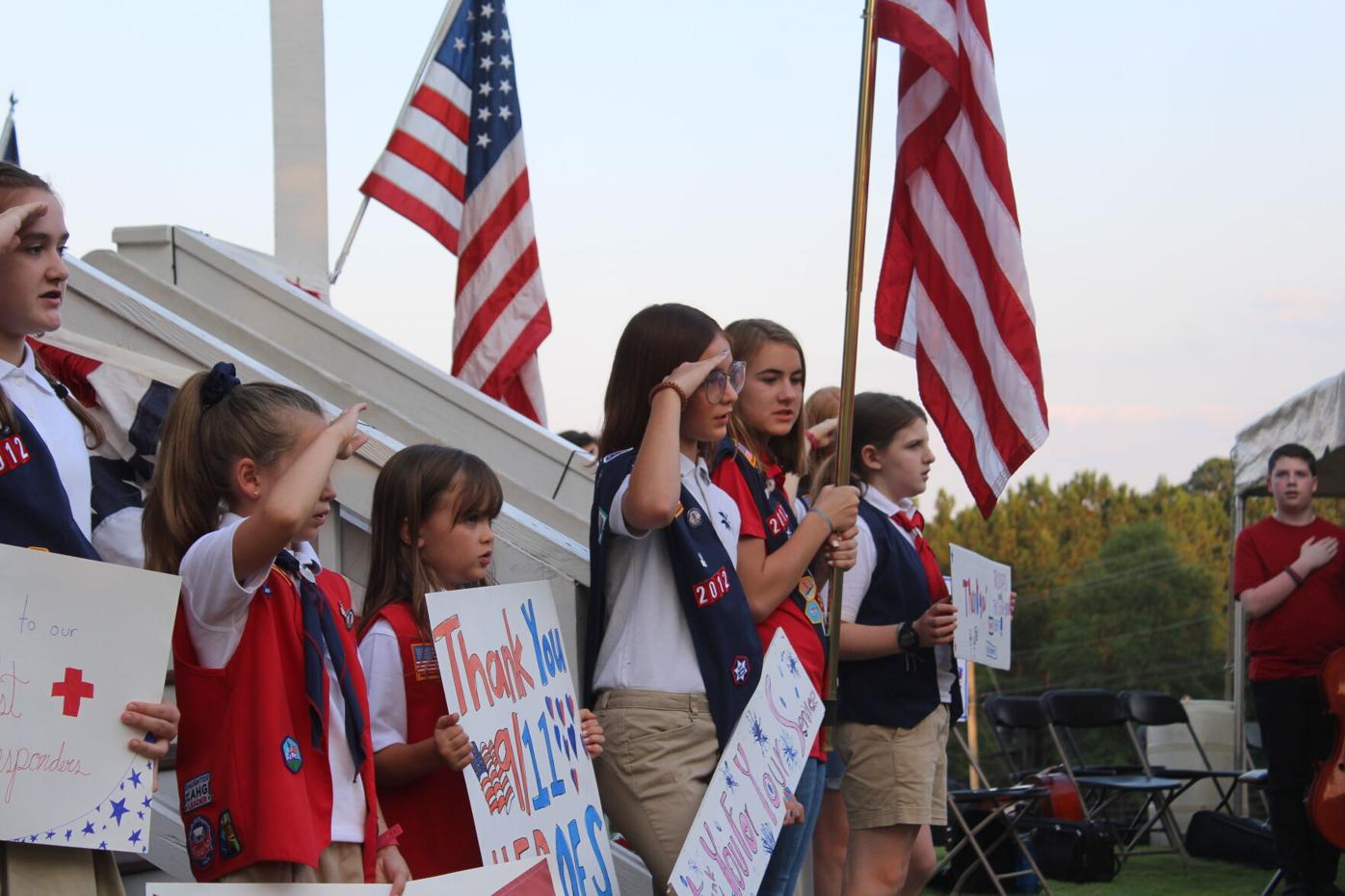 American Heritage Girls Troop 2012 leads the audience in the Pledge of Allegiance. 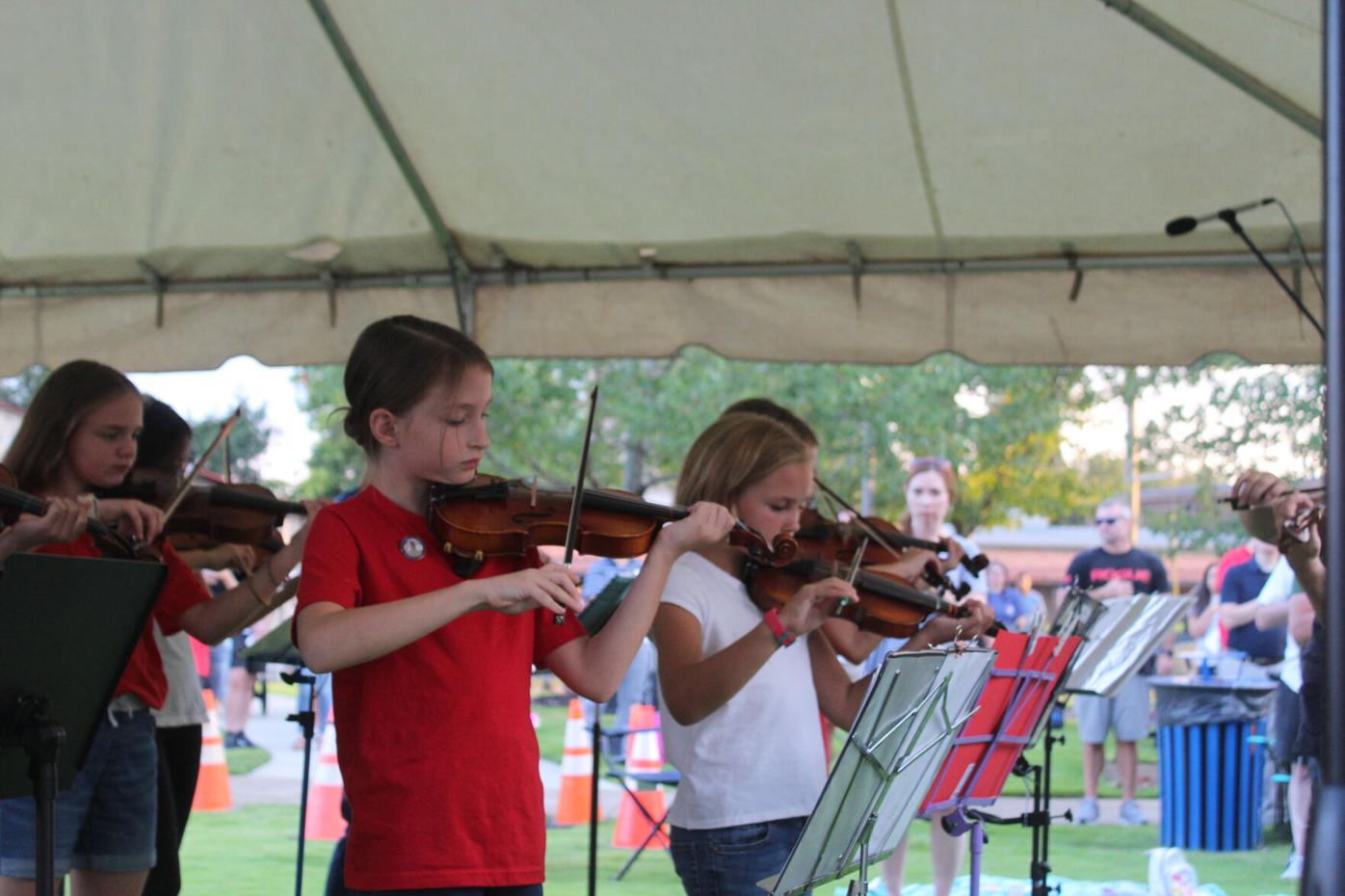 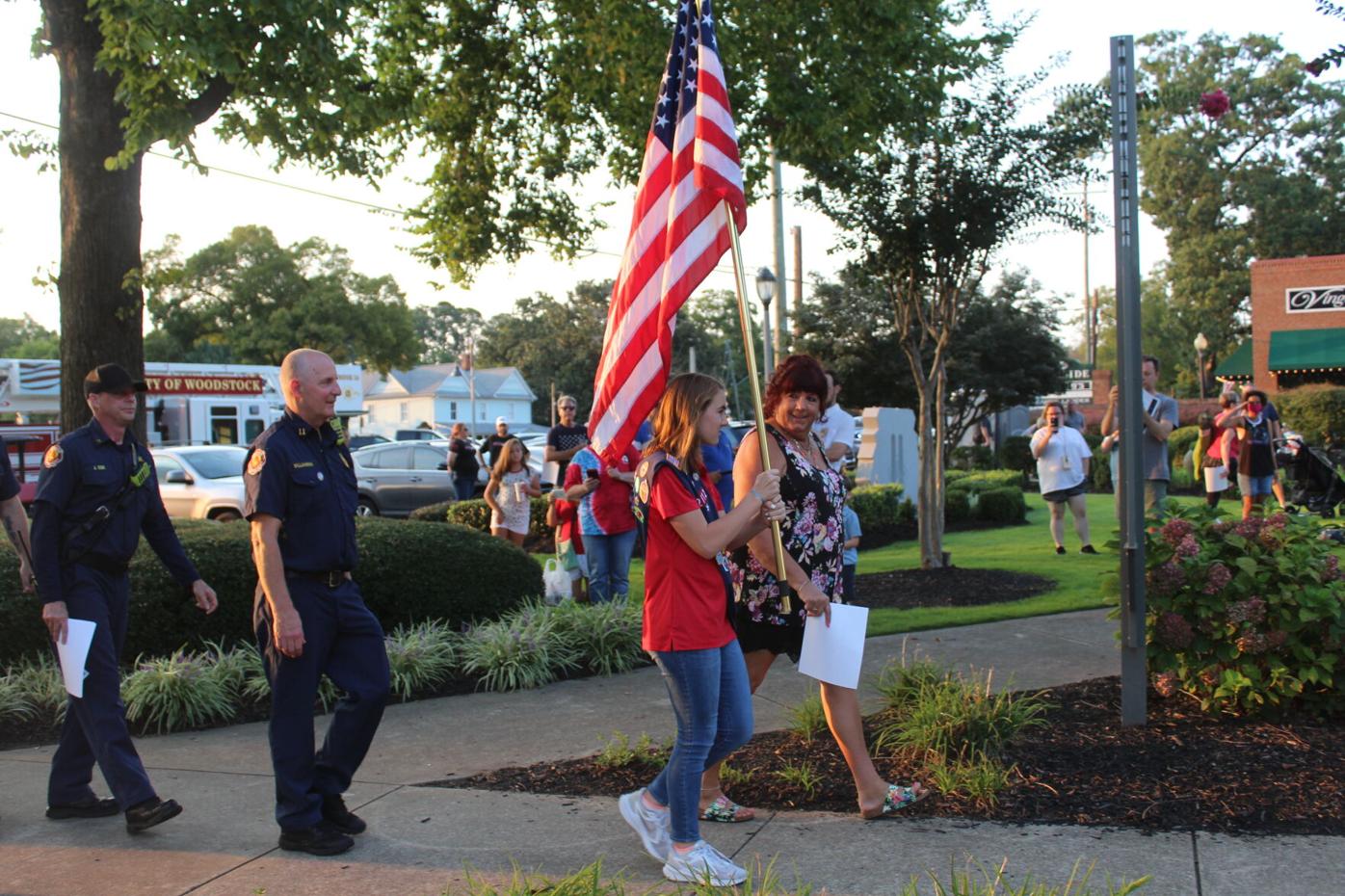 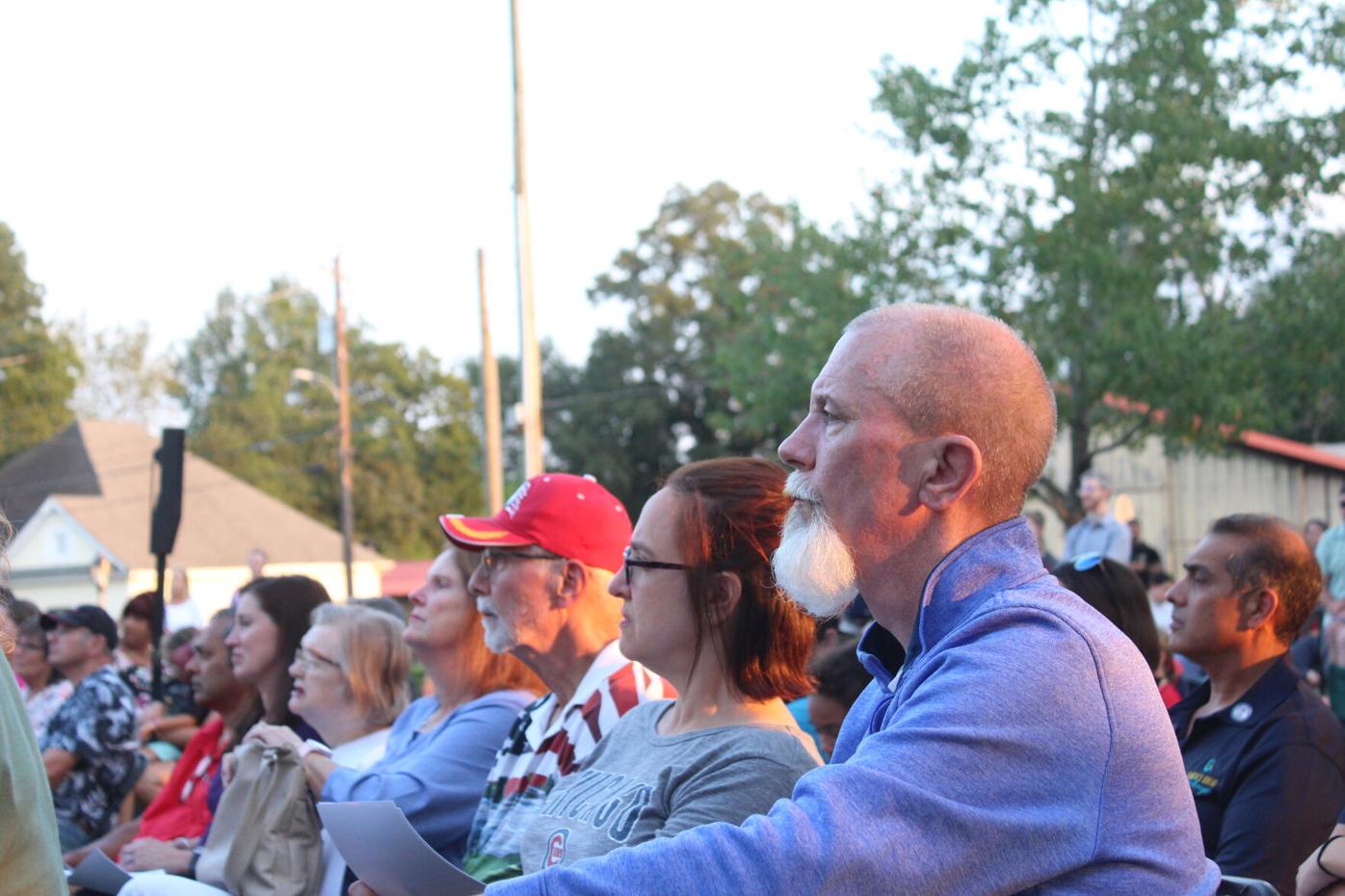 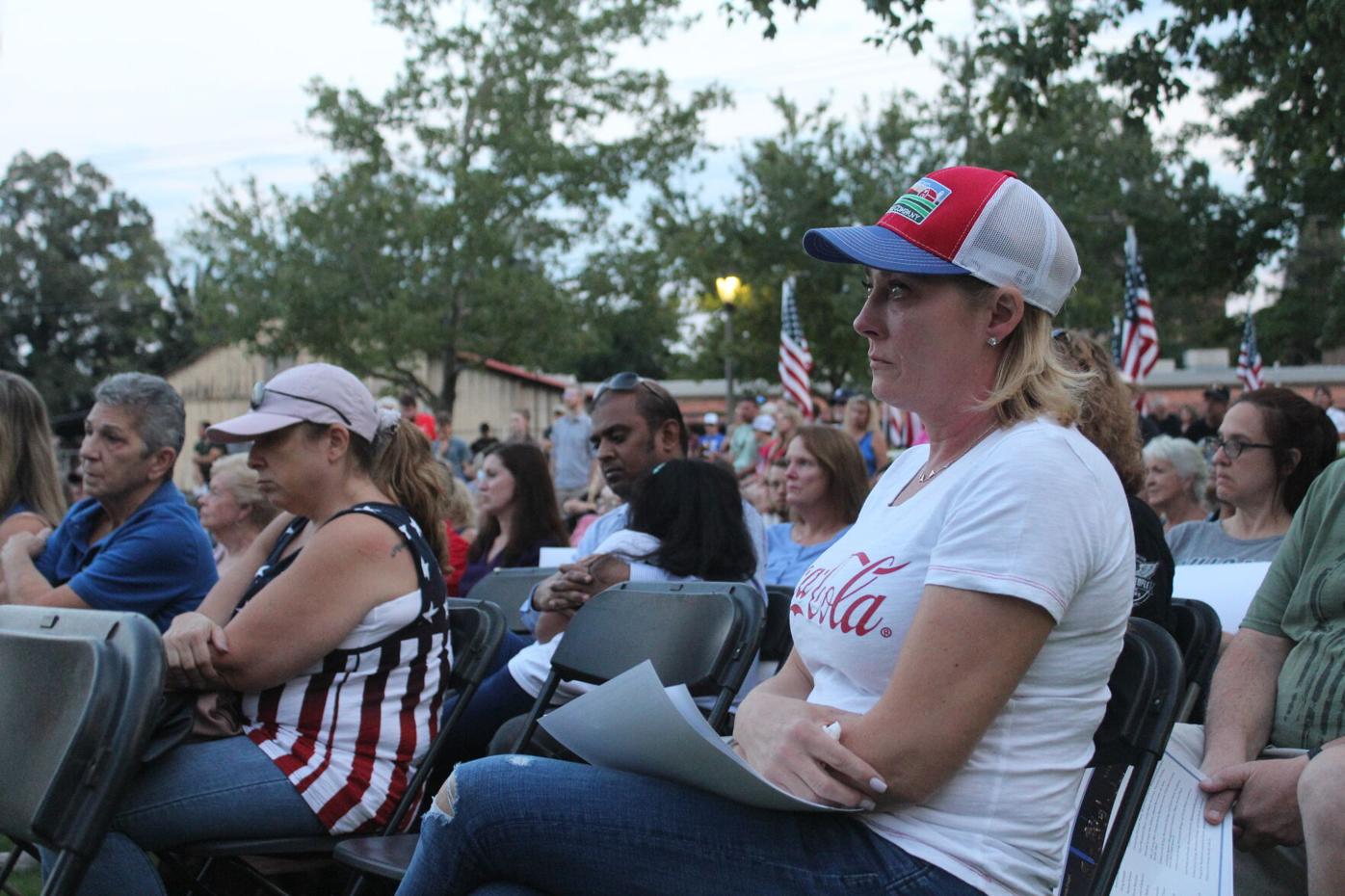 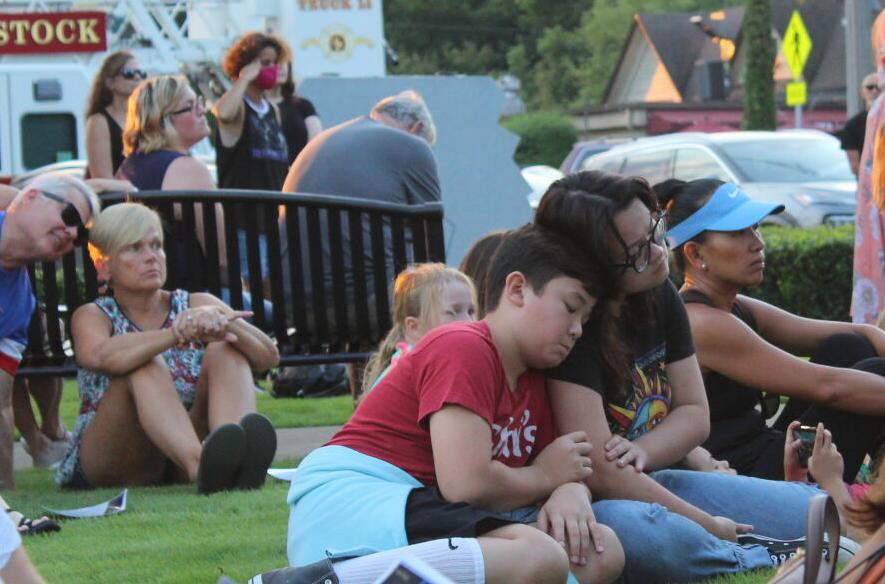 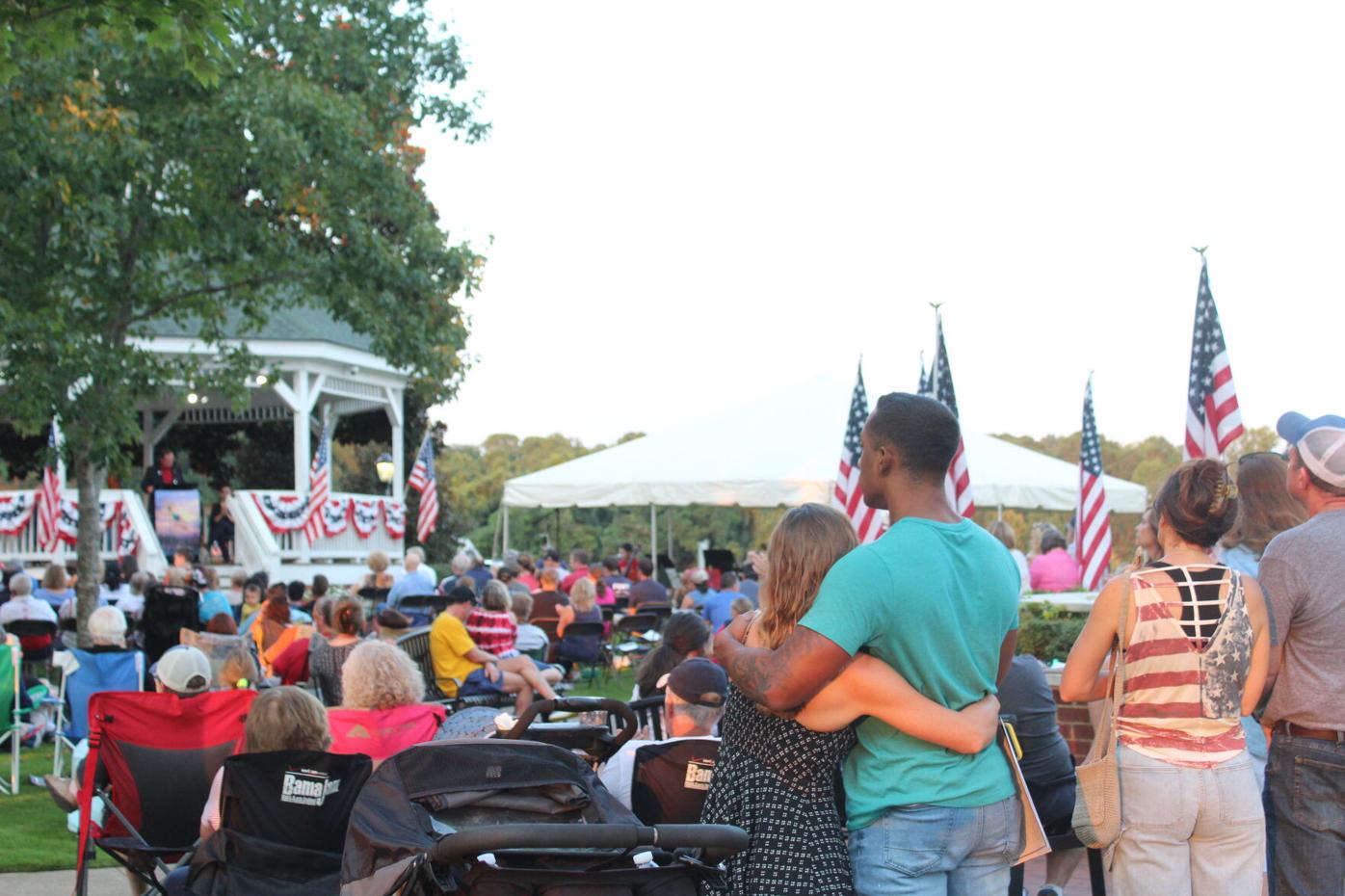 About 500 visitors were reported to have attended Woodstock’s 9/11 Day of Remembrance, according to the city.

Woodstock historian Juanita Hughes and Pam Maleski listen to a recording of 'Where Were You (When The World Stopped Turning)' by Alan Jackson.

Woodstock City Councilman Rob Usher listens to a recording of Alan Jackson’s Sept. 11 song, ‘Where Were You (When The World Stopped Turning)’.

American Heritage Girls Troop 2012 leads the audience in the Pledge of Allegiance.

WOODSTOCK — Children and young adults born in the last 20 years in the United States, and any future Americans, won’t remember the events of Sept. 11, 2001, said Brandon Williams, a retired lieutenant colonel of the U.S. Air Force Reserves.

“For a whole generation, this day is history, not a memory,” he said.

Though he vividly remembers the attacks on the World Trade Center towers and the Pentagon, his young daughter had a lot of questions a few years ago when they visited the memorial in New York.

After a recording of Alan Jackson’s “Where Were You?” played, retired Army Sgt. 1st Class Scott McElroy urged audience members to reflect on the day further.

“I’d like to challenge you to think of that day and how you felt, and what you resolved to do about it, personally and privately,” he said.

He recalled the passengers of Flight 93, who recordings show wrestled control of their aircraft when it was hijacked to thwart a fourth attack, and ultimately crashed in a field in Shanksville,

“You can hear Todd (Beamer) say, ‘Let’s roll,’ and guess what, they did,” McElroy said. “They acted decisively and they fought back...That’s who Americans are. Once we realize what needs to be done, we do it.”

McElroy recalled President Ronald Reagan referring to the U.S. as a “city on a hill.” American military service members who have been deployed in the Middle East since then, he said, showed “countless” acts of valor and compassion.

“These men and women who stand the line are some of the best America has to offer,” he said.

McElroy criticized what he said was an “undisciplined, uncoordinated” withdrawal from Afghanistan, but praised private citizens and veterans who worked to evacuate Americans and their allies in the midst of the Taliban seizing control of the country.

And even though American troops have withdrawn from Afghanistan, the U.S. still faces threats from ideological extremists, McElroy said.

“When someone tells you the ‘forever war’ is over, no, it’s not,” he said.

20 years later, it’s important to keep the memories of 9/11 alive and pass on the significance of the day to younger generations, Williams said.

Williams said Americans must also remember the unity shown in the immediate aftermath of the attacks, when he saw “almost every house flying an American flag.”

Woodstock Mayor Donnie Henriques read a proclamation for the lives lost and those injured in the attacks, and those who served their communities and the United States in their aftermath.

“People of all ages and walks of life across America and around the world collectively witnessed an event of immense tragedy on Sept. 11, 2021, that instantly transformed everyone’s lives, some through personal loss, and many through an unfamiliar sense of individual and national vulnerability,” the proclamation read in part.

Marybeth Stockdale, the city’s special events coordinator, estimated at least 500 people had turned out for the event.

Becky Bearden, a Woodstock resident, went to the ceremony with her daughter, part of the American Heritage Girls chapter who presented the colors.

“It was very, very touching and appropriate, considering what’s going on in the world right now,” she said. “I was very encouraged to see (McElroy) stand up and speak the truth from his experience.”

Tak Hong, who lives in Marietta, said his two children weren’t born yet when the Sept. 11 attacks happened, and he found the memorial educational for them.

“I was here when it happened, while I was at college,” he said. “It was shocking. It’s something you never forget.”