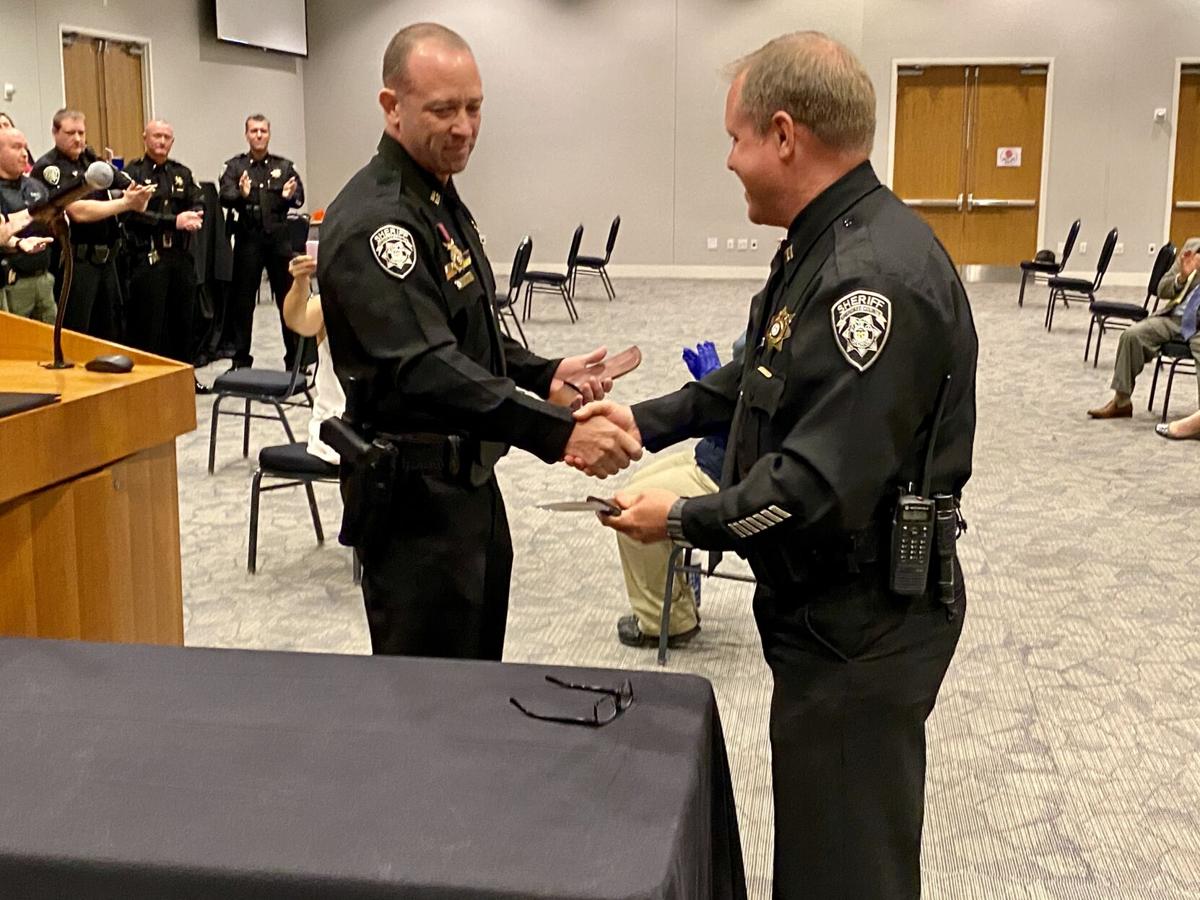 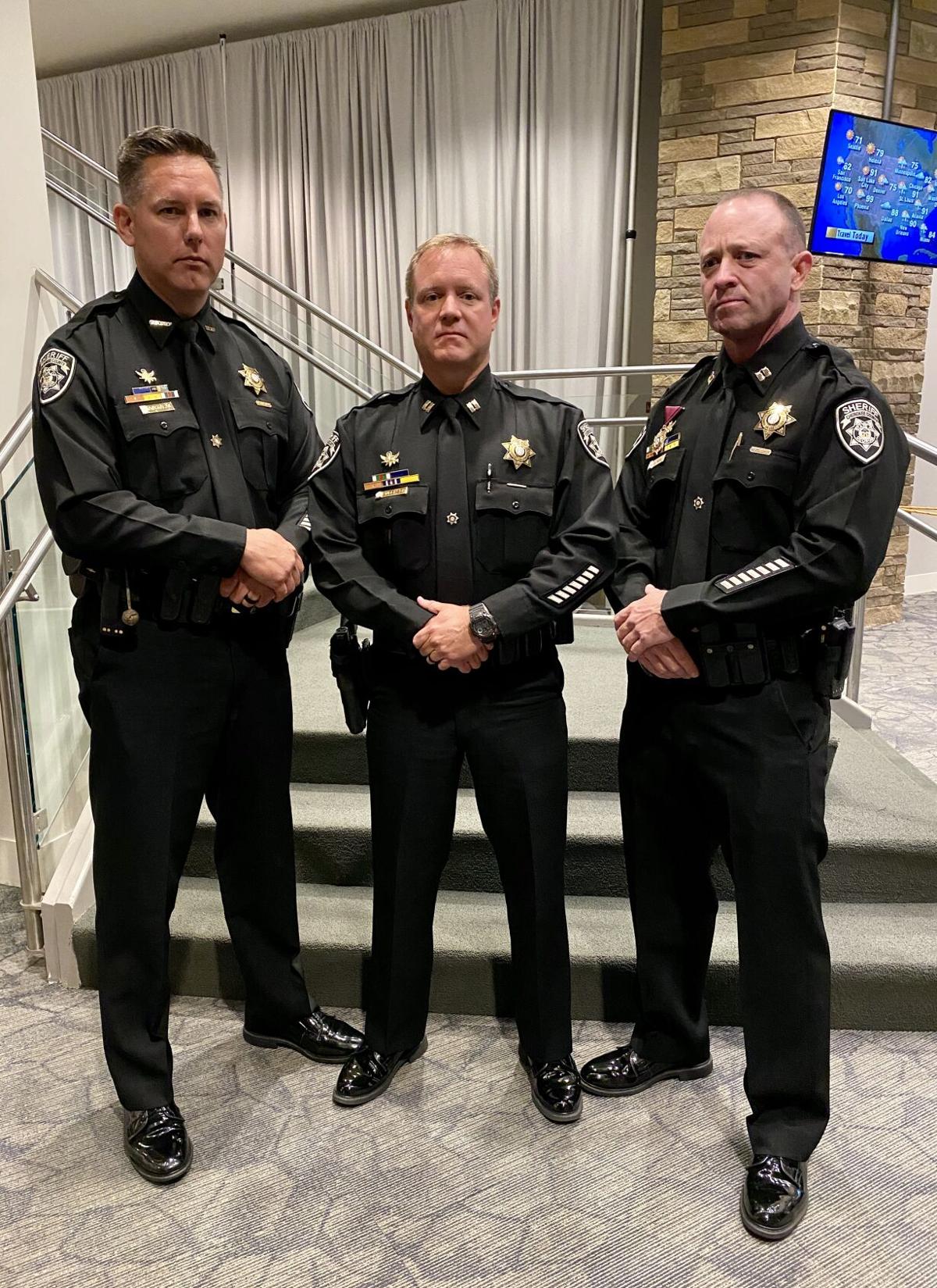 Capt. John New, who became a deputy in the sheriff’s office in 1997, was named to the SWAT Team in 2000 and became its commander in 2013, decided to step down from that role. For New’s two decades of service with the SWAT Team, Reynolds wanted to recognize New in a special presentation at the board meeting. Along with this recognition, Reynolds introduced Capt. Mark Anderson as the unit’s newest commander, being promoted to the role after having served as Assistant SWAT Team Commander.

“We’ve got a changing of the guard tonight,” Reynolds said. “We’re going to recognize the transition from one leader to another.”

Joining Reynolds and Anderson in recognizing New was former Cherokee County Sheriff Roger Garrison, who established the Cherokee County SWAT Team in 1997. According to information Anderson read during the presentation, New was involved in 92 full-scale SWAT callouts during his 20 years on the team, as well as a multitude of other operations, such as high-risk warrant services, manhunts, surveillance operations and narcotics-related entries. During one operation, New sustained injuries from gunfire shrapnel and was awarded the Purple Heart as a result.

“Through his leadership, the SWAT Team has achieved a status of being one of the best trained and most professional group of tactical operators in the state. Capt. New designed, implemented and instructed the Sheriff’s Office’s first SWAT Level I Certification School. He then expanded the agency’s tactical training offerings to Level II Advanced Operator and Level III Master Operator courses. The Level III course is currently the only one of its kind in Georgia,” Anderson said.

As Anderson read out the information about New and his time with the SWAT Team, Reynolds presented New with the Legion of Merit, leading to New receiving a standing ovation from everyone in attendance.

Following the presentation of the Legion of Merit, New had something he wanted to present as well. New said he was at a military surplus store years ago when he purchased a U.S. Marine Corps Ka-Bar Knife. Later, he had “SWAT Team Commander” engraved on the knife, and at Tuesday night’s meeting, New presented Anderson with the knife as a “passing the torch” moment.

Concluding the event, Reynolds took a moment to address both the board and the citizens in general, thanking both for the support they show to the sheriff’s office.

“In the midst of what’s going on in today’s society, citizens talking about defunding police departments, I just want to say thank you for your support. Our citizens demand quality public safety, and they deserve quality men and women that are willing to do this job.”

Early voting for the Aug. 11 runoff began on Monday with most of the voting done so far by mail.