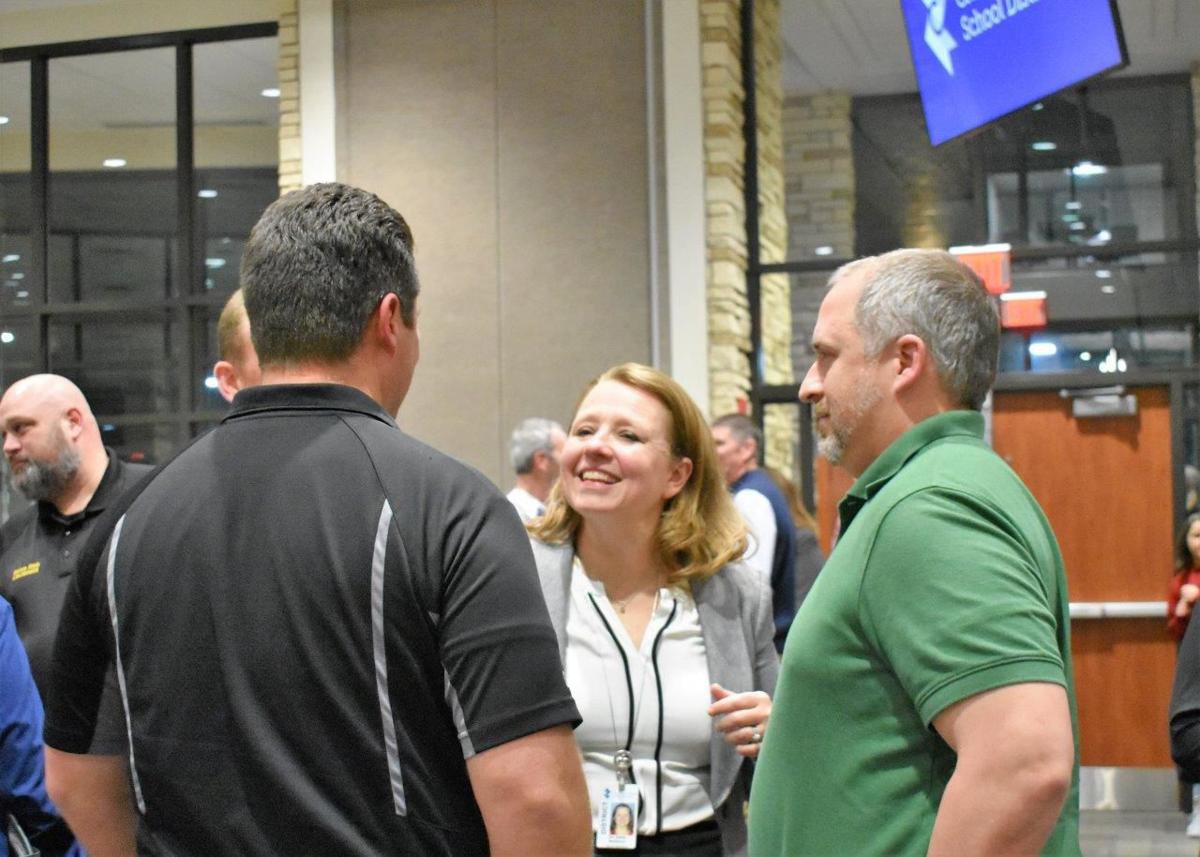 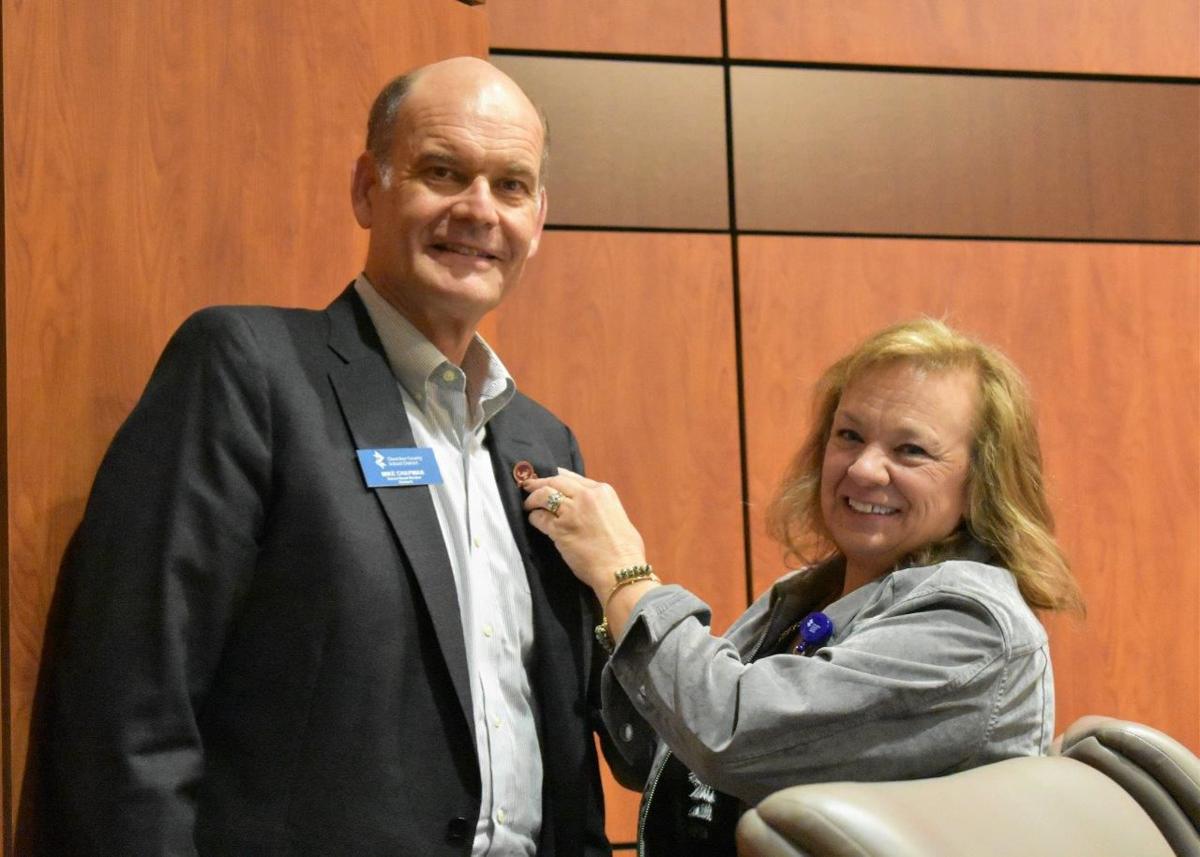 School Board Chair Kyla Cromer presents Mike Chapman with a service pin commemorating his 15 years as a member of the school board. 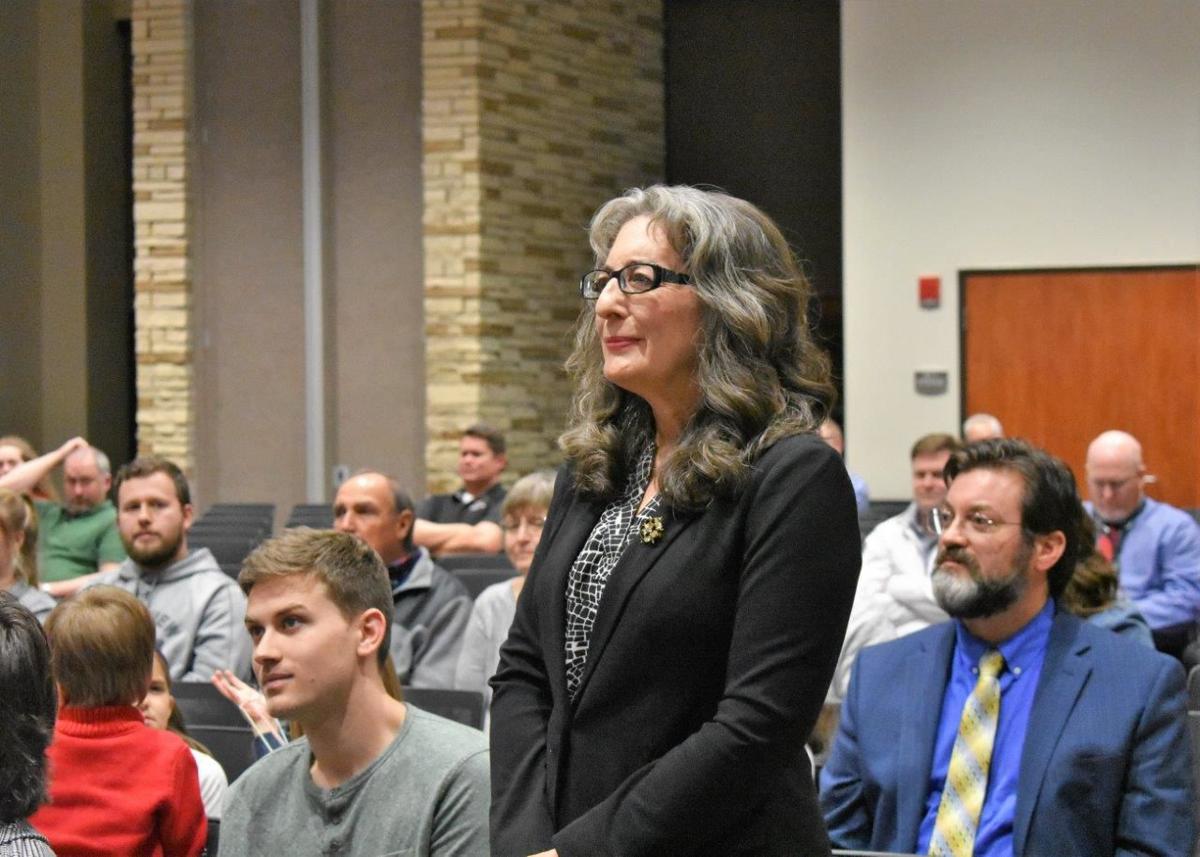 Julie Little was recognized by the superintendent for her years of exemplary service to CCSD and the community. She is stepping down from her role as Executive Director of Risk Management and Benefits.

School Board Chair Kyla Cromer presents Mike Chapman with a service pin commemorating his 15 years as a member of the school board.

Julie Little was recognized by the superintendent for her years of exemplary service to CCSD and the community. She is stepping down from her role as Executive Director of Risk Management and Benefits.

Murdock's promotion to chief operations officer was approved and announced at the school board meeting Thursday, and will be effective April 1.

Superintendent Brian Hightower said he and the district are proud of Murdock, who currently is an executive director in the department and the head of CCSD's new social emotional learning (SEL) initiative. Previously, she has worked in school operations and as a school administrator; she served as the principal of Cherokee High School, where she was named a Georgia Principal of the Year, and at Teasley Middle School.

"Obviously we're very proud," Hightower said, listing her accomplishments to the audience of students, parents and staff at the meeting. "She's done a tremendous job of whatever she does."

Murdock will oversee CCSD’s schools and principals, and the transportation department, with a long list of responsibilities ranging from enrollment to student services to discipline.

Hightower said, as part of the transition in roles this spring, he will work with Murdock to ensure social emotional learning remains at the forefront. She is filling the chief post vacated by Trey Olson, who is retiring this spring.

The superintendent also announced another significant staff change for the district: the retirement of Julie Little, executive director for risk management and benefits. Little accepted a job at her church, Canton First United Methodist Church as director of administrative services.

Also at the meeting, board members authorized the sale of up to $40 million in general obligation bonds for capital outlay projects, which are included in the current Education Special Local Option Sales Tax. Bryce Holcomb of Citigroup reported the bonds were sold Thursday, with high demand in part due to the district's credit ratings, and the investing group saved $230,000. The bonds mature between 2029 and 2043.

Doug Gebhardt of Davenport & Company said that because of the demand, investors were willing to pay more than the asking price., and the district was able to avoid $10 million in borrowing costs. A total of $115 million in debt was authorized in the 2016 Ed-SPLOST, and the group expects some of that will be left over.

"We were able to get $40 million of projects done by only issuing 30, so that leaves roughly $44 million that is left outstanding, but we don't anticipate issuing all of that. So there should some leftover bonds were authorized that taxpayers aren't going to have to cover. That's some good news to report," Gebhardt said.

School board member Mike Chapman was recognized by his fellow board members in appreciation for 15 years of service and presented with a milestone pin from the Georgia School Boards Association. The Morrison Products executive has been a longtime advocate for career education and played a key role in the development of the district's Fine Arts and STEM Academies and Georgia Education Coalition, School Board Chairwoman Kyla Cromer said.

The board also re-elected Kelly Poole to serve another one-year term as board vice chair.

The next school board meeting is 7 p.m. Feb. 13 at the Dr. Frank R. Petruzielo Educational Services Facility, 1205 Bluffs Parkway in Canton.

CANTON — Cherokee County School District has fully implemented the first phase of its new initiative for mental health, and schools will soon …

The Cherokee County School Board on Thursday appointed a longtime district leader to head up its new social and emotional learning initiative,…