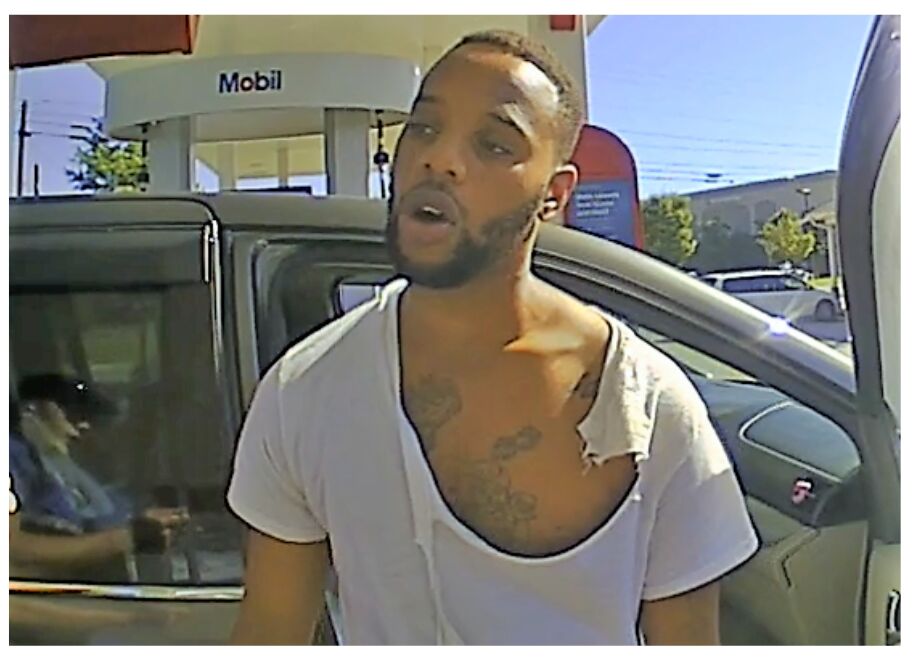 Tyrell Corley was initially released after the 2018 assault, but returned a short time later and was detained based on new information, according to prosecutors. 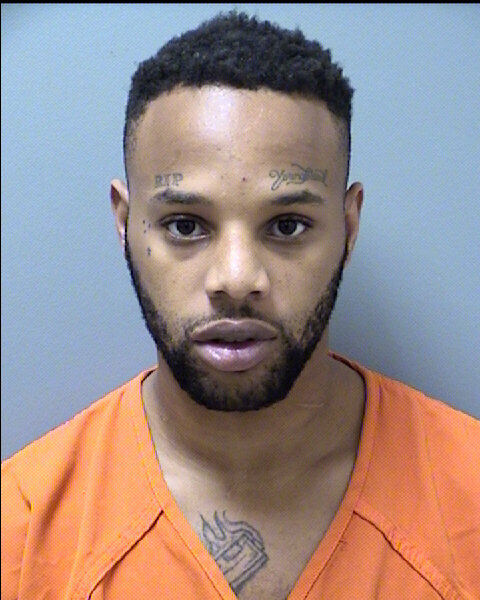 An alleged gang member was sentenced to 15 years in prison last week on charges of an aggravated assault with a stolen firearm, according to the Cherokee County District Attorney’s office.

According to prosecutors, June 6, 2018, Tyrell Maleek Corley, 24, had a fist fight with another man in the parking lot at the McDonald’s on Ridge Road in Canton, and chased him with a gun. He gave the gun to a 17-year-old girl, who fled the scene and hid the weapon in a wastebasket at a nearby business.

Corley told authorities he was the victim, but Canton police determined his involvement from witnesses and surveillance footage, and found the hidden gun had been stolen, according to the district attorney’s office. Cherokee sheriff’s deputies found nine pills, which were found to be a benzodiazepine, a type of prescription psychoactive drug.

Investigators identified Corley as a member of Sex-Money-Murder, a set of the Bloods gang. One of Corley’s tattoos suggests that he’s a ranking Bloods member.

Many witnesses were uncooperative in the investigation, consistent with gang culture in which no one wants to “snitch,” said Investigator J.P. Miller of the district attorney’s office, who served as an expert witness during the trial.

After a three-day trial March 29-31, the jury found Corley guilty of aggravated assault, possession of a firearm during the commission of a felony, theft by receiving stolen property, possession of a schedule IV controlled substance, tampering with evidence, crossing the guard lines with drugs, and possession of a firearm by a convicted felon. Corley was also found to be a recidivist offender under Georgia law, which requires him to serve the maximum sentence.

“The defendant relied on the gang culture of silence to protect him from accountability, but the jury saw through that and recognized him for the danger that he poses to our community,” said Assistant District Attorney Rachel Ashe, who prosecuted the case. “It is never acceptable to threaten someone with a gun, but this case was especially troubling when you factor in the gang element and the fact that this incident happened at dinnertime with children and others in close proximity.”

Superior Court Judge Tony Baker sentenced Corley to 30 years, the first 15 of which to be served in prison and the remainder on probation. Conditions of probation include 120 hours of community service, substance abuse evaluation and treatment, no alcohol or drugs, no weapons, no contact with the codefendant, no association with other gang members, and barred from entering Cherokee County.

Baker said Corley has not taken responsibility for his actions, even after his conviction. He encouraged Corley to use his time in custody to review his actions and better himself.

“While this case posed unique challenges, I can assure you that in Cherokee County a culture of silence will not result in a failure of justice. If witnesses are unwilling or afraid to come forward, we will still prosecute these crimes when the evidence supports those criminal charges,” District Attorney Shannon Wallace said. “Our community demands that we hold violent offenders accountable.”

The Corley trial was the first jury trial in the Cherokee Superior Court since February 2020. As part of the court’s COVID-19 safety procedures, in-person proceedings were held in one courtroom, while the audience watched a livestream in another courtroom. Other measures included temperature checks, social distancing, mandated masks, and sanitizing the witness stand after each witness.

Yann Fredrick Engamba, 20, will serve time in prison over the holidays for the next three years for charges in a 2018 crash that killed a 17-y…

In a 180-degree turn from January, the Cherokee County Planning Commission recommended approving the rezoning of land on Knox Bridge Highway f…