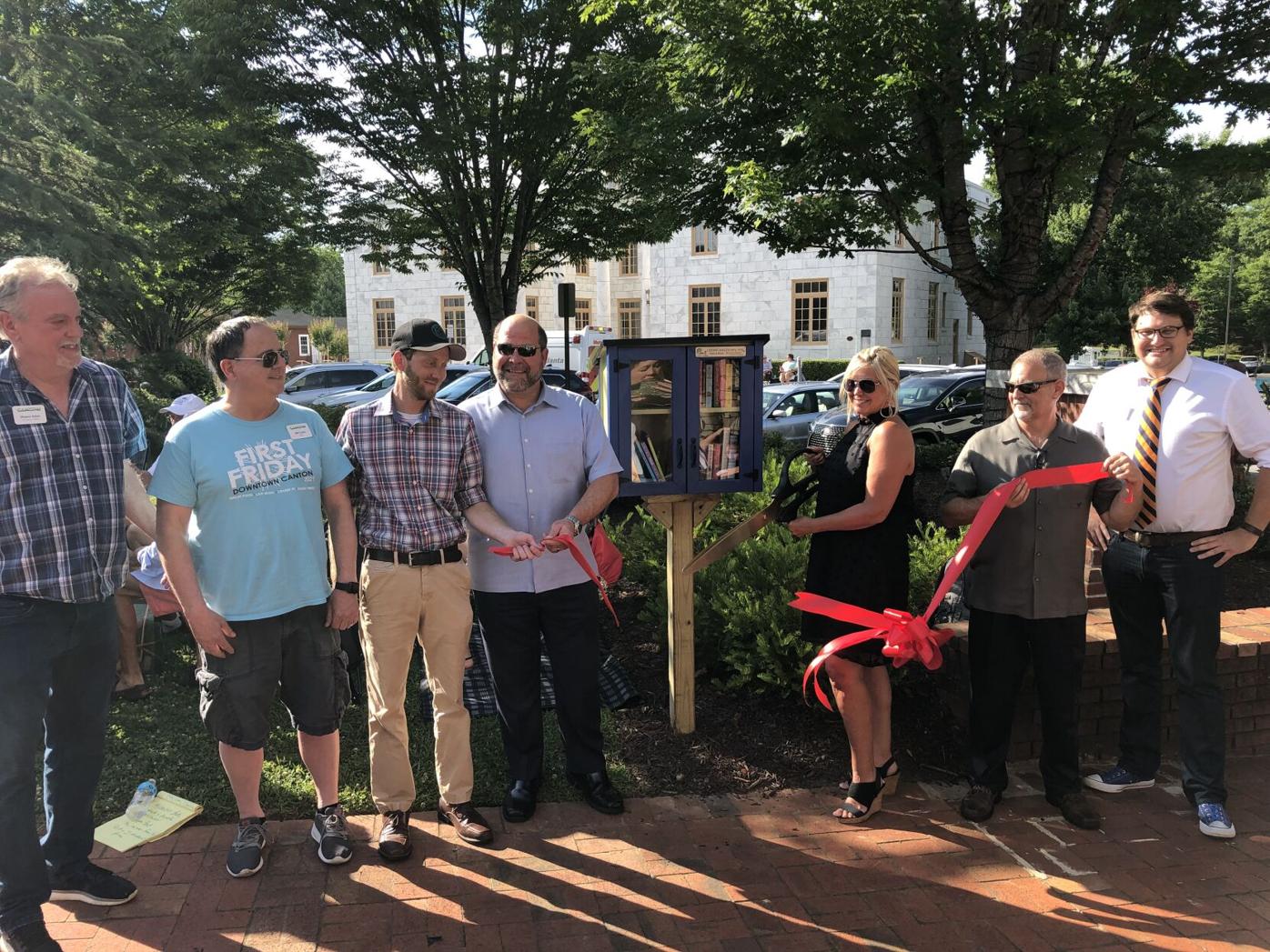 A ribbon cutting was held at Cannon Park Friday in celebration of the little free library at the park. From left to right: Council member Shawn Tolan, Mayor Bill Grant, the Farrar family including Shelly Farrar, and council member Will Carlan. 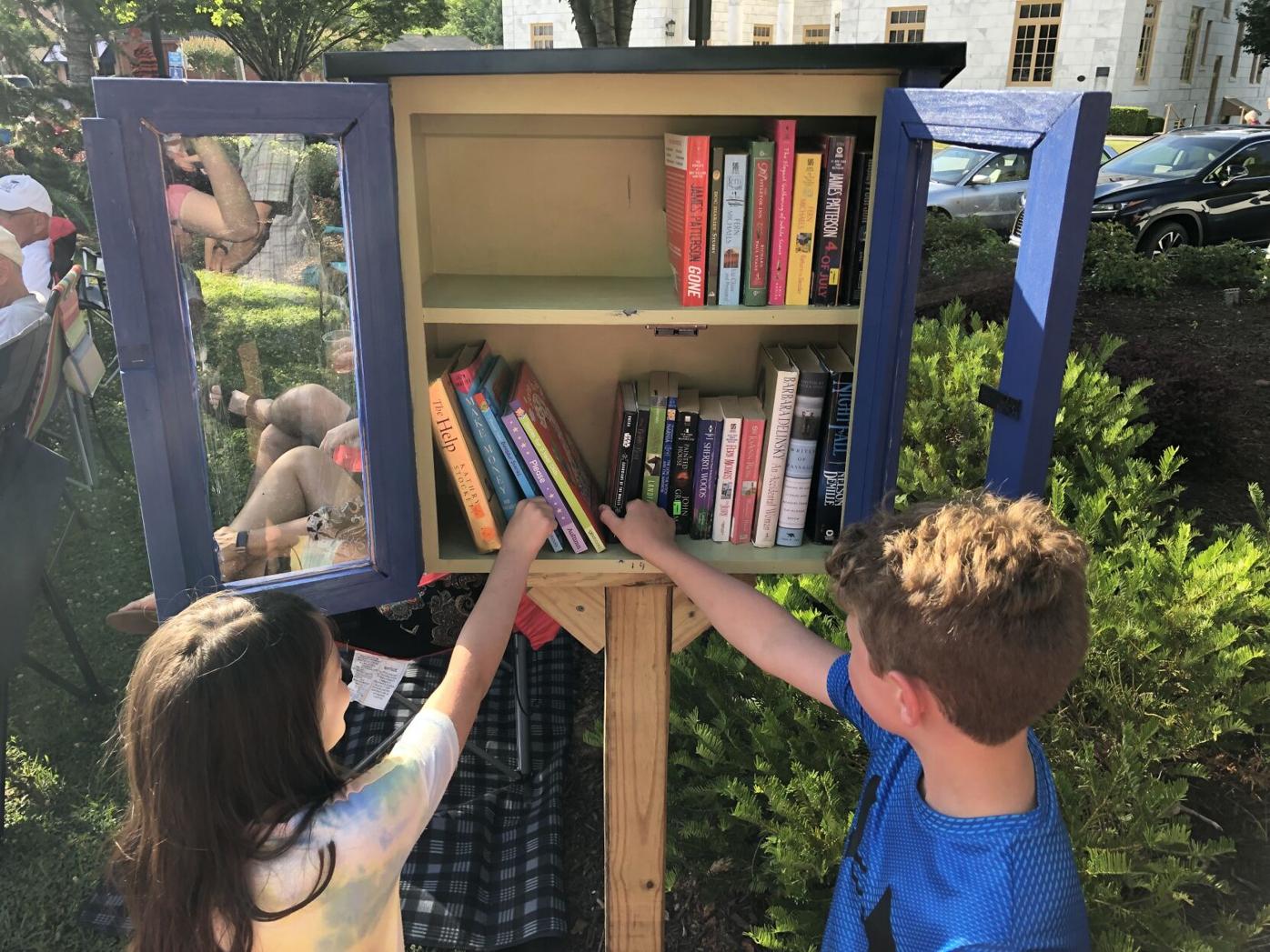 Collin and Sarah choose from a selection of books in the little free library. 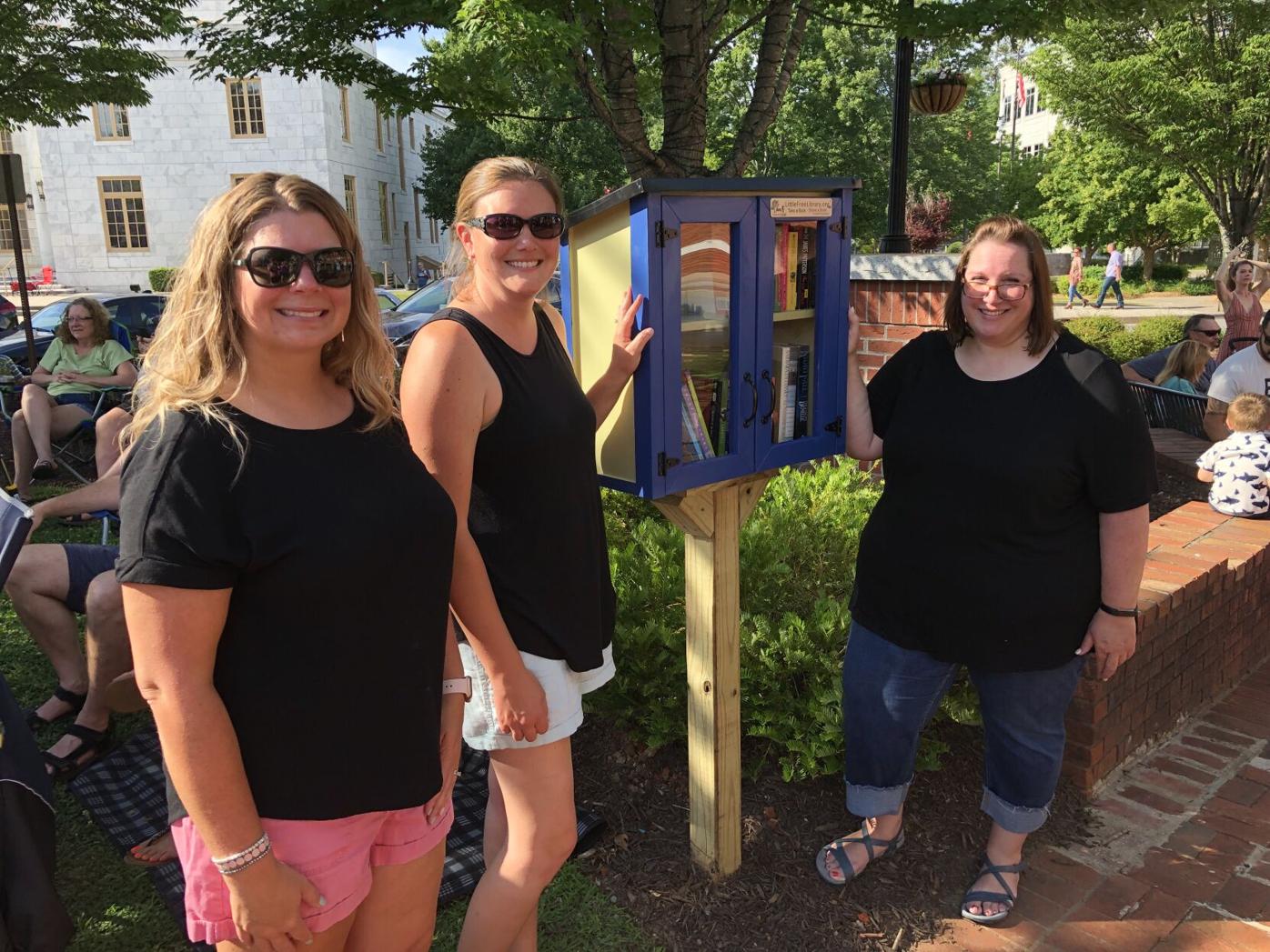 A ribbon cutting was held at Cannon Park Friday in celebration of the little free library at the park. From left to right: Council member Shawn Tolan, Mayor Bill Grant, the Farrar family including Shelly Farrar, and council member Will Carlan.

Collin and Sarah choose from a selection of books in the little free library.

Seven little free libraries will be installed this month in Canton parks, bringing free and easily accessible reading to the community.

The first of seven libraries became available Friday at Cannon Park in downtown Canton. The other six will be installed at Harmon Park, Etowah River Park, Burge Park, McCanless Park, Heritage Park, and Boling Park. With the addition of these libraries, and one already at Brown Park, every park in the city will have a little free library.

The idea to install the libraries at all Canton parks began in April when Councilman Shawn Tolan was contacted by two Hasty Elementary School teachers, he said.

“Justine Bekebrede and Cristin Bell, who are teachers at Hasty, are both earning their specialist degrees and for their community project they wanted to put two free little libraries in two of the city parks,” Tolan said. “They reached out to me asking what the process would be like. I thought this was a great idea, and suggested to the city council to put a little free library at every park in the city.”

Bekebrede and Bell said that they chose little free libraries for their project because their accessibility. COVID-19 made it difficult for kids and adults to rent and purchase books, so the libraries can serve as a way for easy access in the comfort of a local park, they said.

Tolan said he took on the project, posting information about it on the Cherokee Connect Facebook page. Within six hours, he had sponsorships for all of the remaining Canton parks without a little free library.

The Farrar family, owners of the Riverstone Corner Bistro and J. Michael’s Prime, were one of these sponsors, choosing Cannon Park.

“I saw Tolan’s post on Facebook about the project and I was intrigued,” said Shelly Farrar. “Through the years I have come across them in various states and have always loved the idea.”

Farrar said that, growing up, she could walk to her local library. She looks back on those trips fondly, and says it’s a privilege not everyone has.

“Putting these libraries in all of the parks is special and important, and it takes me back to when I would check out a book and take it to the park to read on a bench,” Farrar said.

The two libraries that are sponsored by the Hasty teachers, Bell, Bekebrede, and Beth Cronan, will be located at Etowah River and Burge parks. Other sponsors include Susan and Becky Buice for the Harmon Park library, Mark and Angela Whitaker for the McCanless Park library, the Dickerson family for the Heritage Park library, and Alison Berkshire-Hendrix for the Boling Park library.

These free libraries are stocked with donated books. The small boxes run on a “leave a book, borrow a book” basis, Tolan said. The libraries are constructed with weather proof roofs, plexiglass doors, and two to three shelves for display. Tolan added that the libraries are permanent, and the city purchased the post and wood for four of the libraries. Adam Hodson with the city’s parks and recreation department is installing all of the posts.

Six homes burned in the early morning Wednesday in a Canton neighborhood, three of which were totally destroyed, though there were no injuries…

Public housing residents at Jefferson Circle and Shipp Street in Canton could get new homes to move into.

A brewery could open on Knox Bridge Highway near Ollie’s Bargain Outlet and RaceTrac.