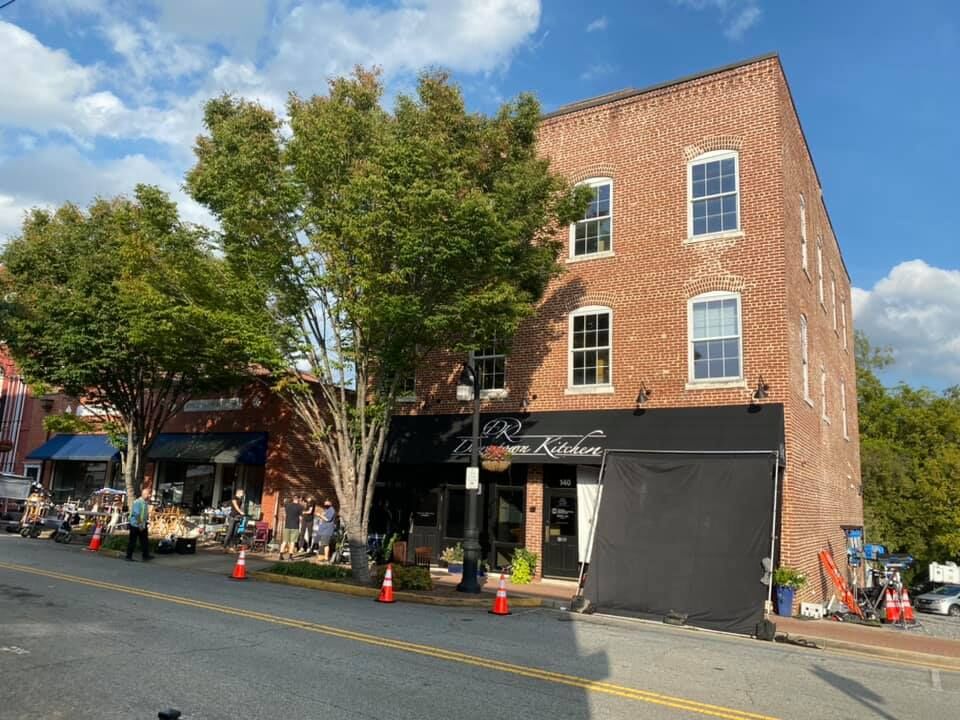 The Downtown Kitchen is one of a few locations in downtown Canton that is serving as a backdrop for the film “Higher Expectations.” 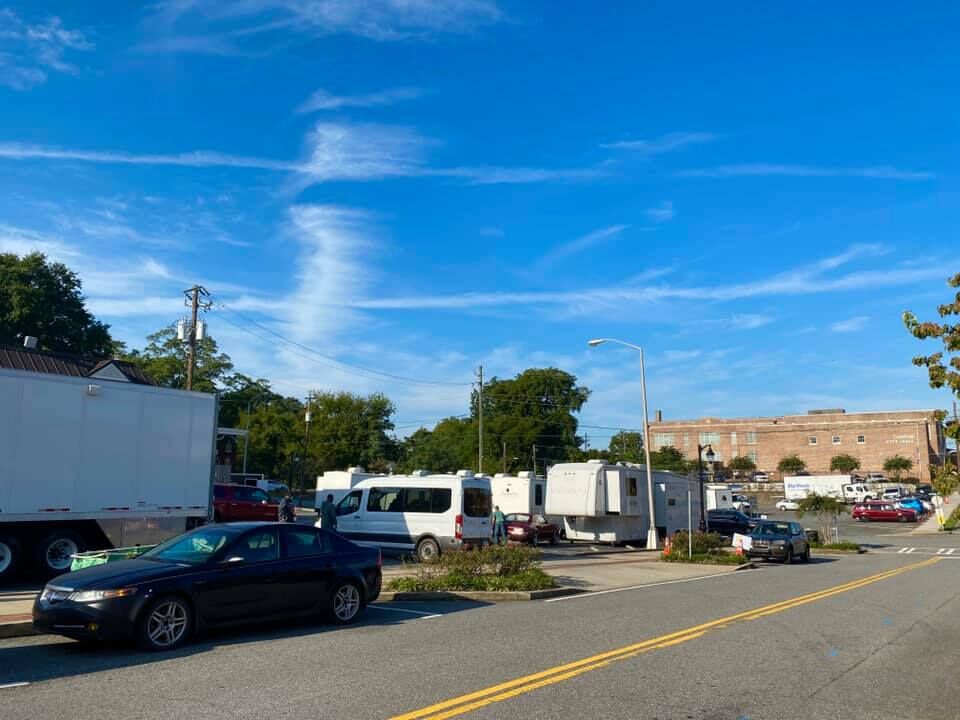 Filming in Canton began two weeks ago, with an additional scene being shot in downtown Woodstock last Friday. Shown here is base camp in downtown Canton for the production crew.

The Downtown Kitchen is one of a few locations in downtown Canton that is serving as a backdrop for the film “Higher Expectations.”

Filming in Canton began two weeks ago, with an additional scene being shot in downtown Woodstock last Friday. Shown here is base camp in downtown Canton for the production crew.

The film "High Expectations," began shooting Sept. 21 according to an article in Screen Daily, an entertainment industry trade publication. Scenes have been filmed in Woodstock and several locations in Canton, officials said.

Screen Daily reported that principal photography is being done in Kennesaw, with the shoot scheduled for six-weeks. Filming also took place in Canton and Woodstock over the past two weeks.

Canton City Manager Billy Peppers said that only one road has been closed during the filming in Canton, East Marietta Street, between East Main and Archer Street, this past Monday and Tuesday.

“Other local roads, including Archer Street and Jarvis Street, have seen intermittent stoppages in traffic to non-local traffic with detours,” Peppers said. “The filming will continue through Saturday. Locations that are used in the film included the three streets mentioned, Downtown Kitchen, Local on North, Mama Onestas and The Mill on Etowah.”

Woodstock City Manager Jeff Moon said that during filming last week Main Street had intermittent traffic stoppages and detours Sept. 25 that lasted between four and seven minutes each. He added that the production company hired off-duty officers to direct and re-route traffic from the hours of 9 a.m. until approximately 2 p.m.

In addition, a number of extras have been cast in the film according to Facebook posts from Extras Casting Atlanta. These extras include a “tough guy,” a person with a rundown car or truck, and a group of restaurant patrons.

Canton Mayor Bill Grant said the entertainment industry helps make it an exciting time to be a Canton resident.

"It is very exciting to have so many feature films and TV productions being filmed in Canton," he said. "I think it speaks volumes to how our preservation and adaptive reuse efforts have, and continue to, benefit our local community and economic development. Our future potential is getting more exciting by the day."

"High Expectations," is directed by Jonathan Southard, and produced by Chris White of CDW Films and Kristinn Thordarson of Truenorth Iceland, according to Screen Daily.

The film will center around actor Taylor Gray’s character Jack, who confronts his father, a legendary former soccer player and now club owner, after he was dropped from the team by his father, while his older brother plays in goal, Screen Daily reported. Feeling distraught about not making the team and losing his mother, Jack eventually signs for a rival team and faces off against his father’s club and his brother in a championship final match. Grammer, who will portray the father, former U.S. Soccer star Briana Scurry, and Ally Brooke as Jack’s ex-girlfriend Sofia.

The Woodstock High School Mountain Bike Team has gotten off to a hot start in its fourth season of existence, taking first place in the second…