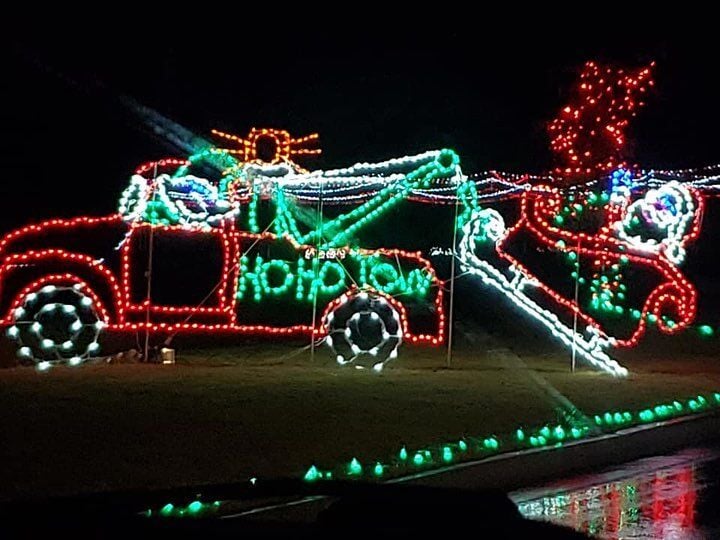 The displays contain a total of more than two million lights along the pathway. 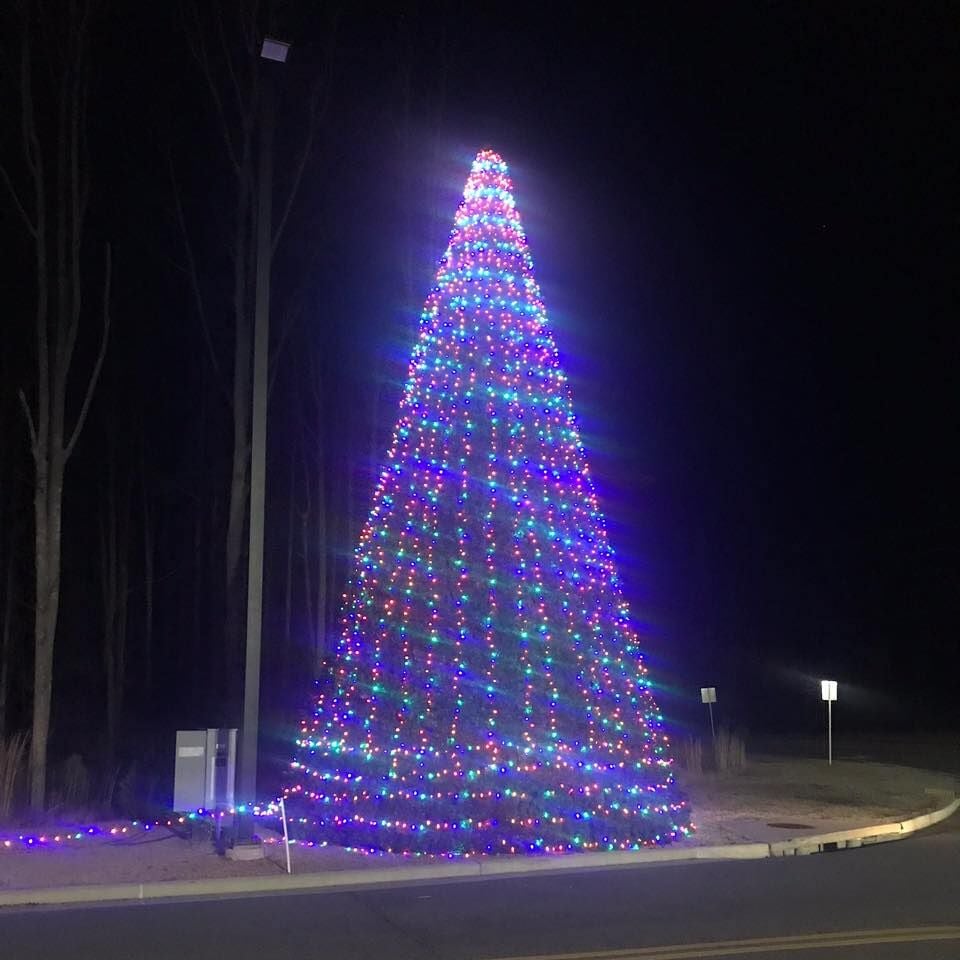 The fourth season of Holiday Lights at Veterans Park opened on Nov. 21 and will run through Dec. 31. 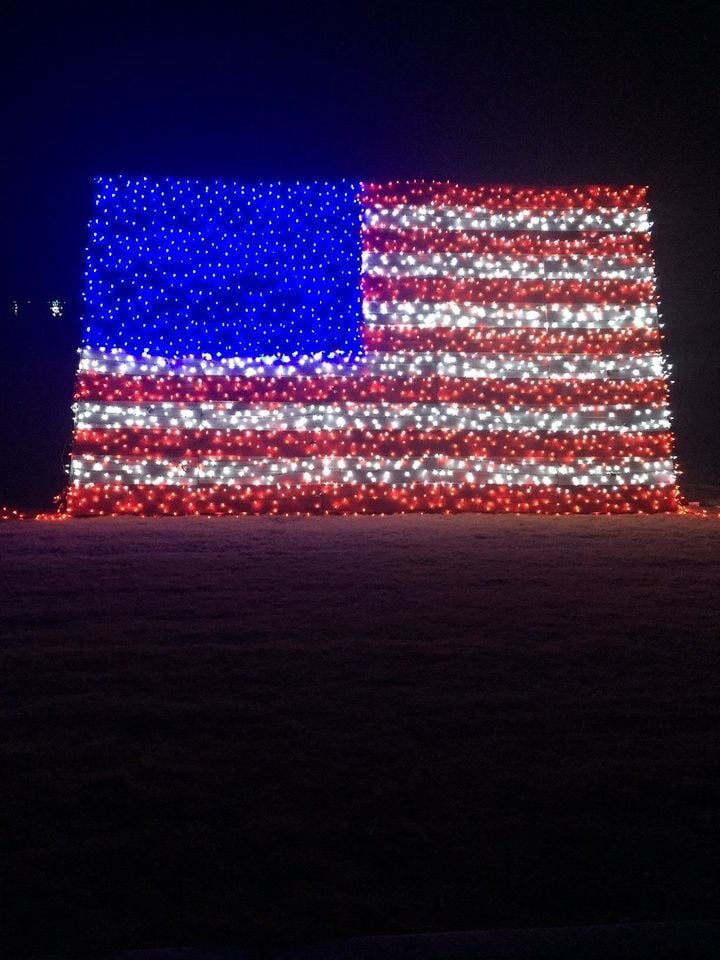 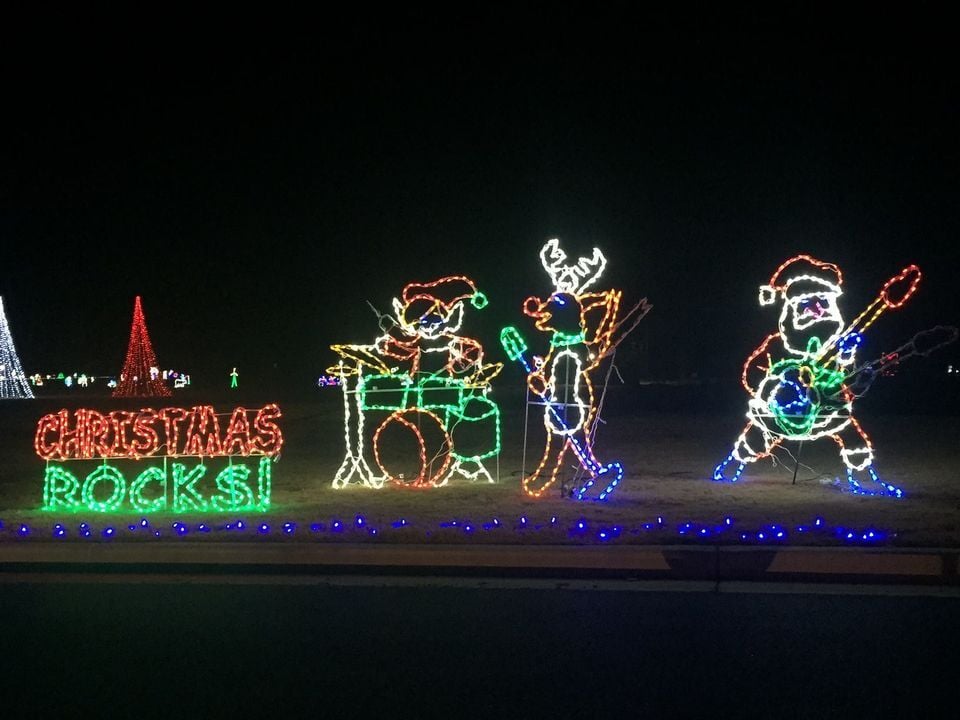 Holiday Lights at Veterans Park is a 2-mile long drive-thru light experience, putting visitors in the spirit of the holidays.

The displays contain a total of more than two million lights along the pathway.

The fourth season of Holiday Lights at Veterans Park opened on Nov. 21 and will run through Dec. 31.

Holiday Lights at Veterans Park is a 2-mile long drive-thru light experience, putting visitors in the spirit of the holidays.

Cherokee Veterans Park on Ga. Highway 20 is aglow with the spirit of the season as the fourth season of Holiday Lights at Veterans Park is now open through the end of the year.

The event, which began on Nov. 21 and will run through Dec. 31, is an effort between the Cherokee Recreation and Parks Agency and 112 Events, with more than 2 million lights helping guests feel the spirit of the holiday as they drive through the multitude of displays.

Mark Lallathin with 112 Events said the idea for this event began with the Holiday Lights of Hope event at Hobgood Park. Due to it being a major success, it was decided to put together a light display on the northern end of the county, with Cherokee Veterans Park being chosen as the ideal location for this.

“It takes roughly three weeks for us to set it all up,” Lallathin said.

While the light display is heavily themed to celebrate the holidays, there are also areas that honor and celebrate those in uniform who serve their communities and the country.

“There is a Christmas theme to the display, along with sections for members of the armed services and first responders,” David Pitts with 112 Events said.

Lallathin added these displays included a large lighted American flag, areas for all five branches of the armed forces and trees decked out in red, white and blue lights.

Since Holiday Lights at Veterans Park began taking place, Lallathin and Pitts said they have heard nothing but good things from visitors to the event. The displays have received rave reviews, a number of guests have told event officials they are regular visitors to the event and some have said Holiday Lights at Veterans Park is better than other similar types of shows they have visited.

Holiday Lights of Hope at Hobgood Park will open on Dec. 3 and will run through Dec. 23. As the event is held outdoors in a spacious area of the park, Lallathin and Pitts said there will be plenty of room for guests to be able to social distance as they make their way through the displays. Visitors are encouraged to wear masks when purchasing their tickets from the booth. Santa will be present at the event, and children will be able to tell him what they want for Christmas and have the chance to take photos with him, they will not be allowed to sit on Santa’s lap.

Tickets for the Holiday Lights at Veterans Park are $20 per car, while season passes are available for $50 and can be obtained at the ticket booth. Tickets for Holiday Lights of Hope are $10 for adults and free for children 14 and under. Both events are open seven days a week from 6 to 9 p.m. Sunday through Thursday and 6 to 10 p.m. on Friday and Saturday, although the Hobgood Park event is dependent on the weather.

The Cherokee County Planning Department is increasing the period for public input on the Hickory Flat Area Plan.

A Cherokee County native has been chosen to be the newest recipient of a prestigious academic honor.

The annual Canton Optimist Christmas Parade will return at 6 p.m. Saturday for the 33rd edition of this event, partnering this year with the C…