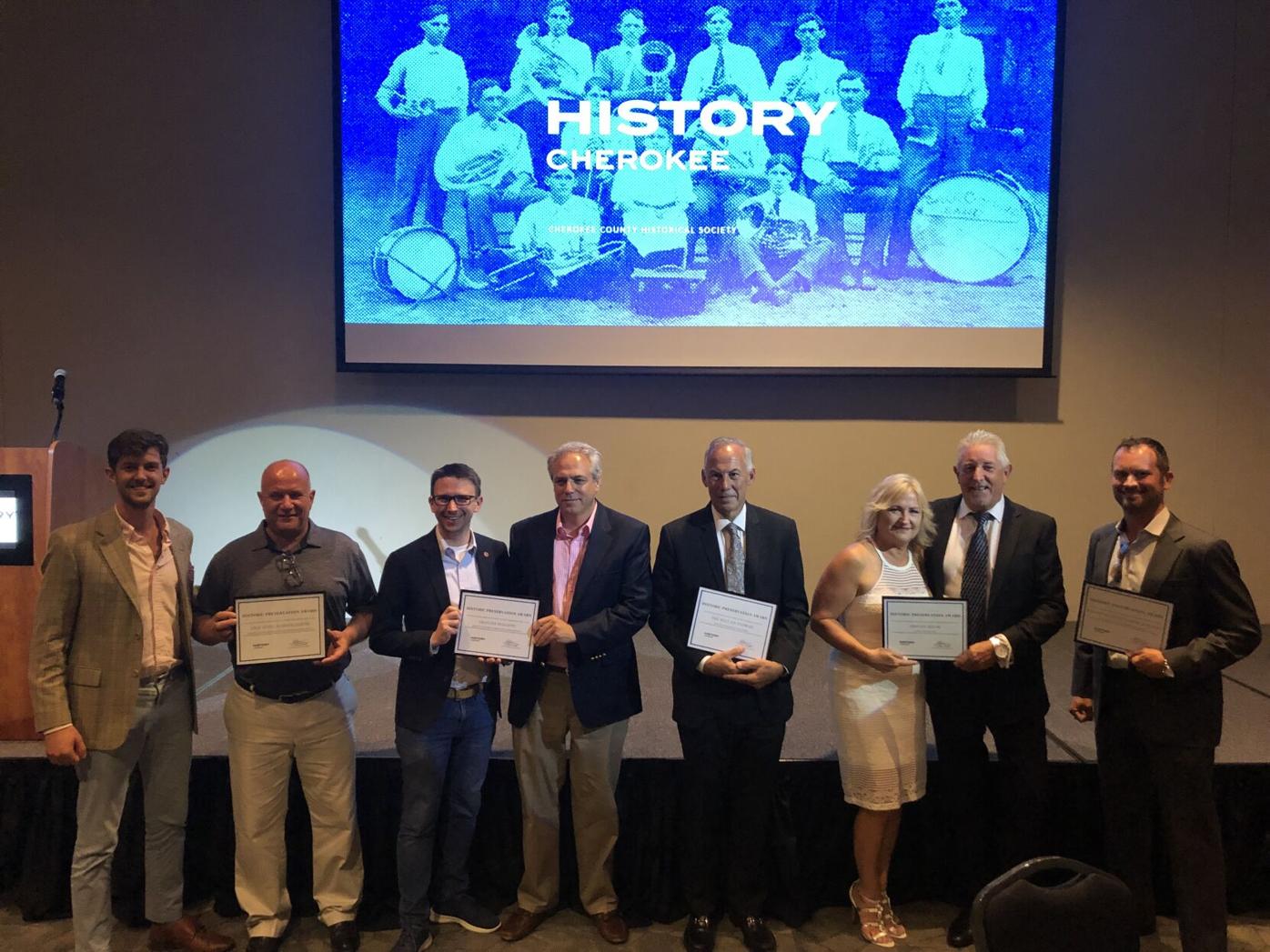 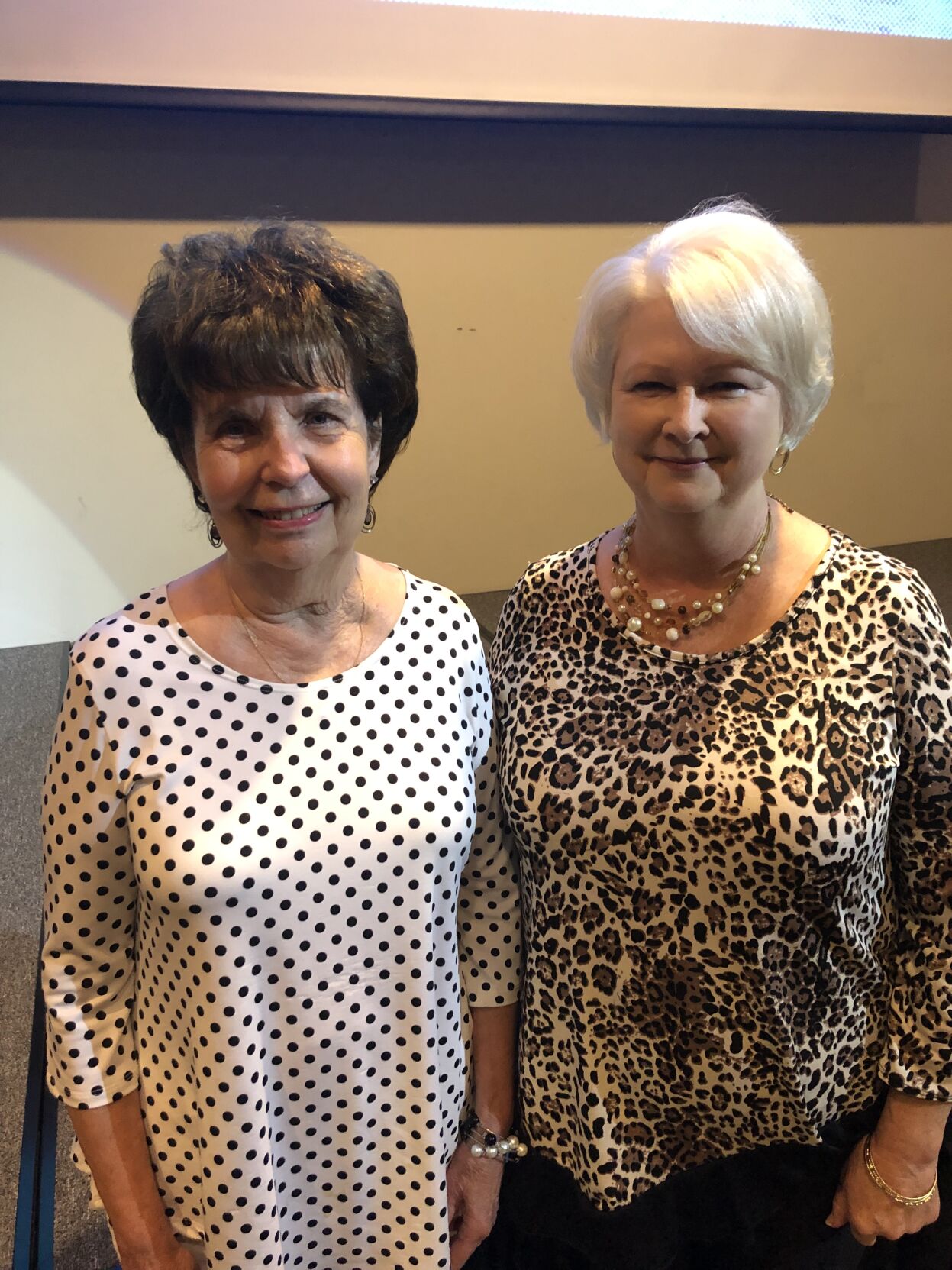 Sylvia Bowles and Beth Ingram were named History Cherokee’s Volunteers of the Year. 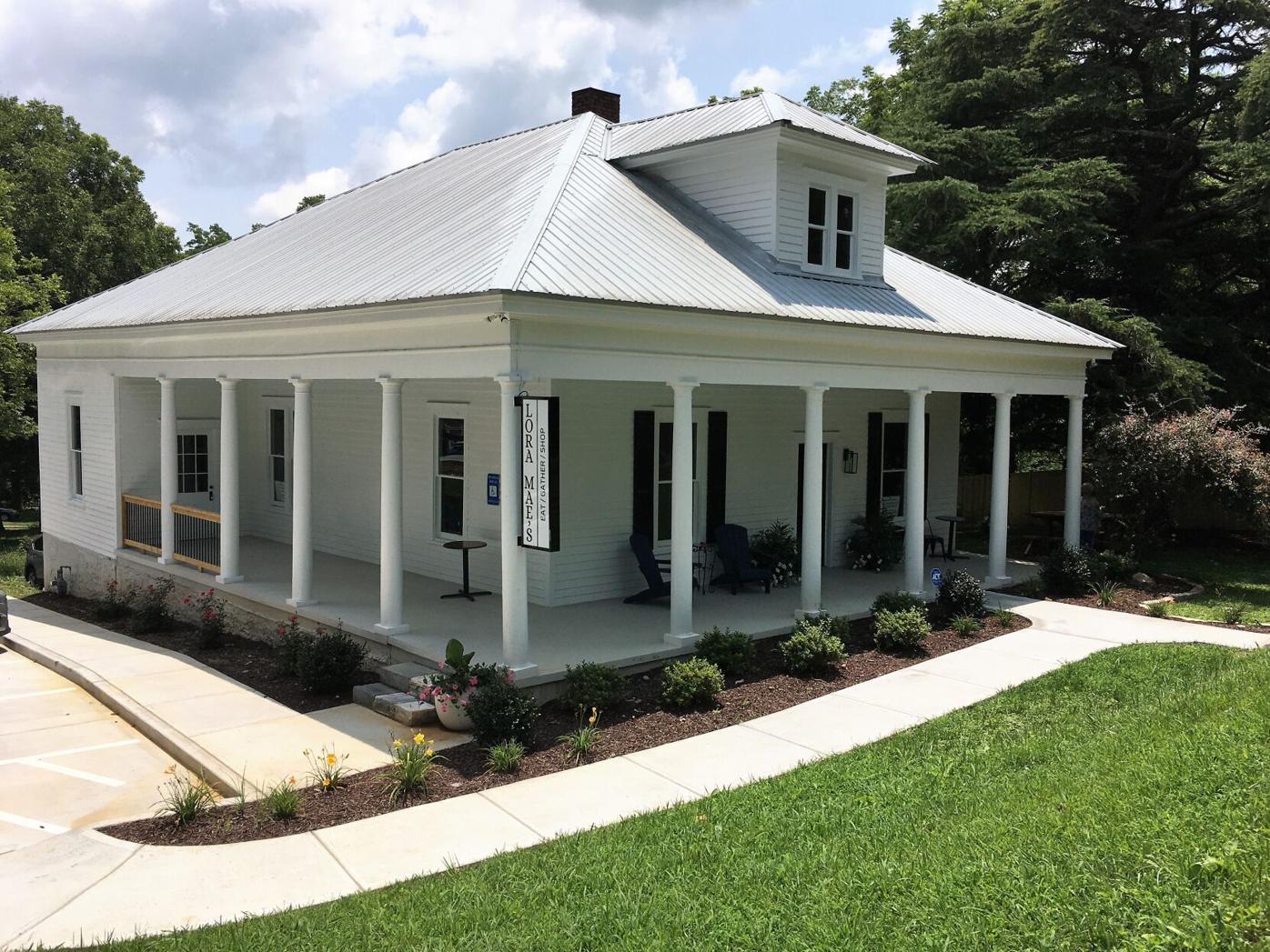 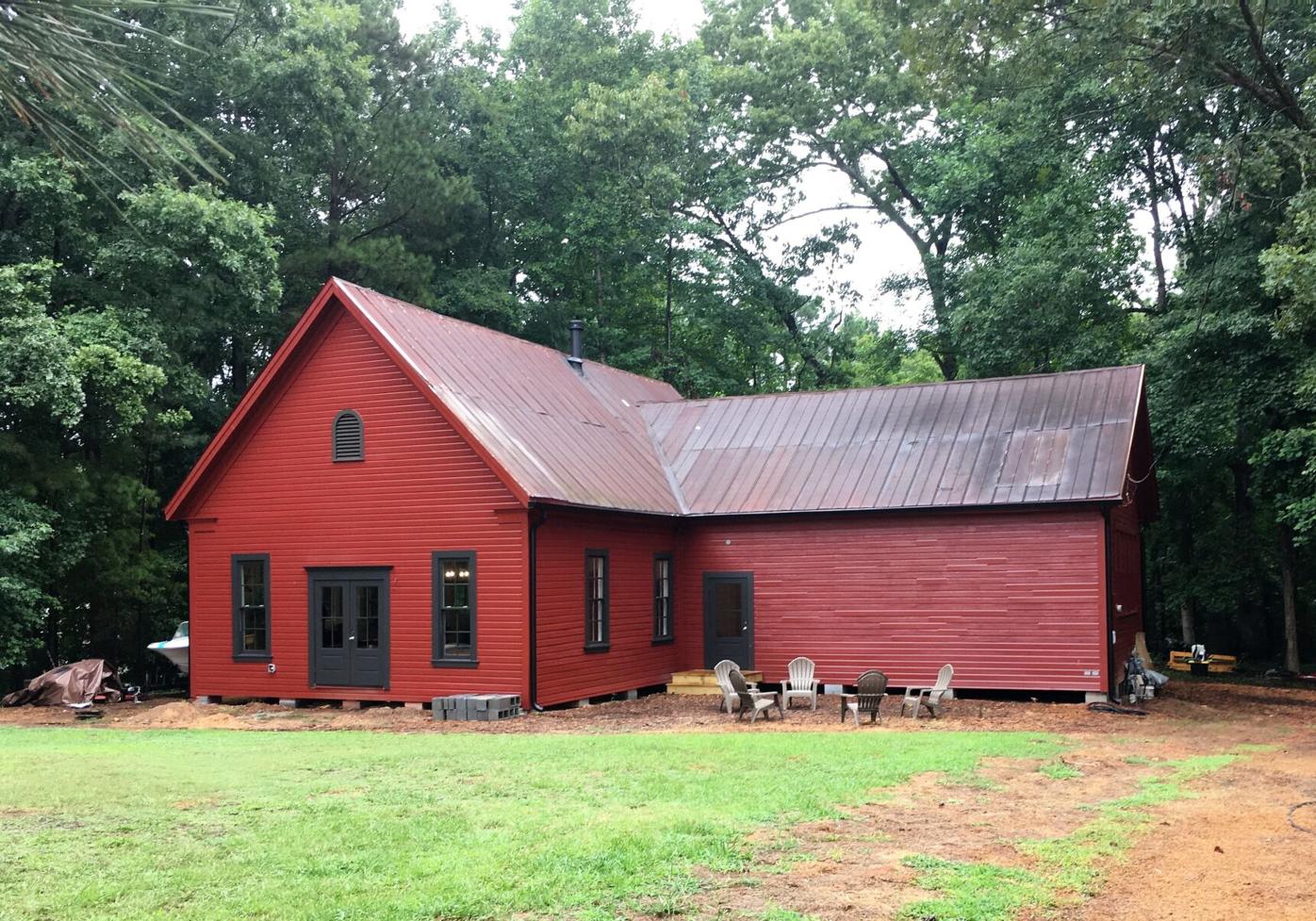 The Sixes Schoolhouse dates back to 1876. 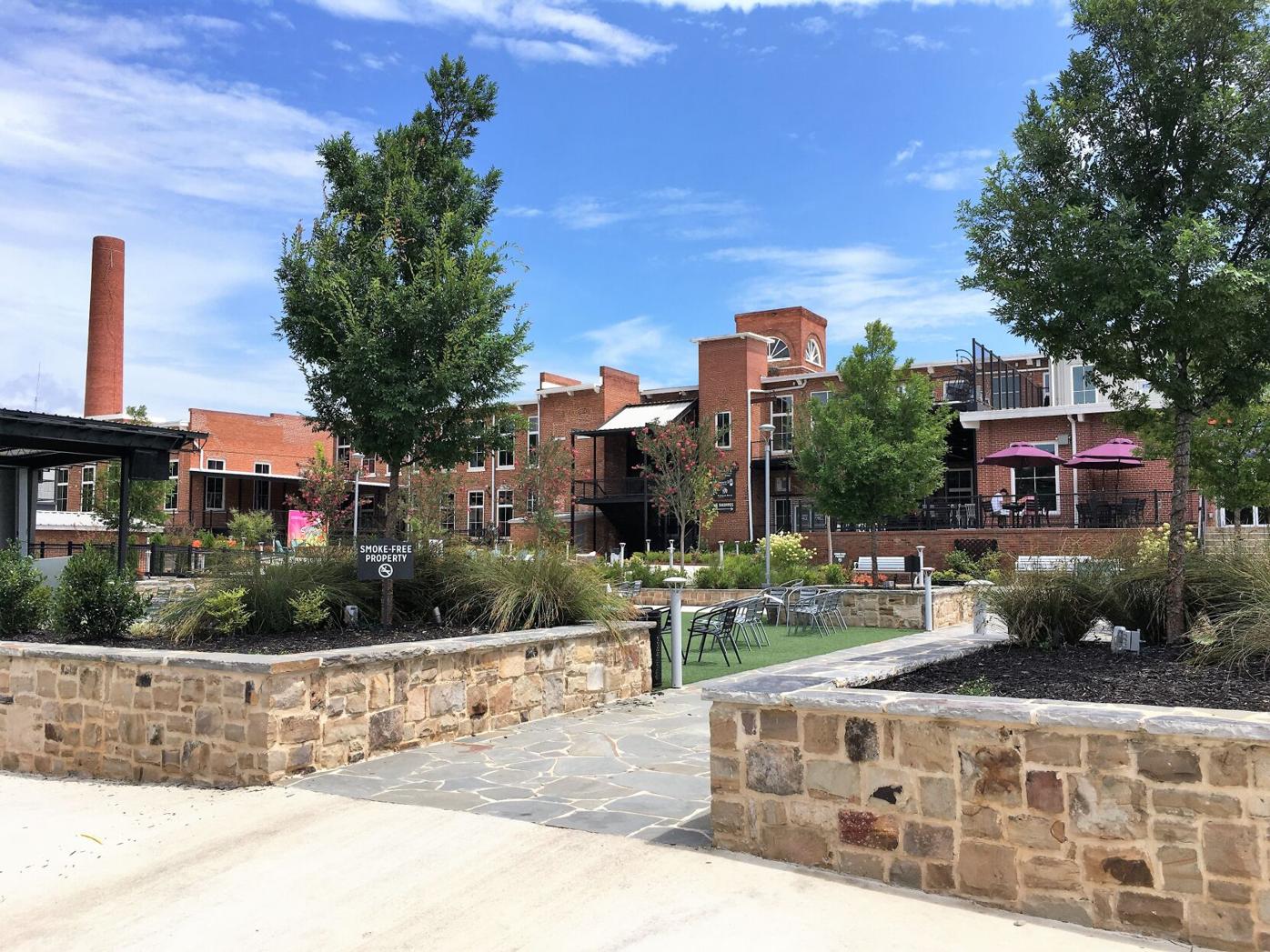 The Mill on Etowah. 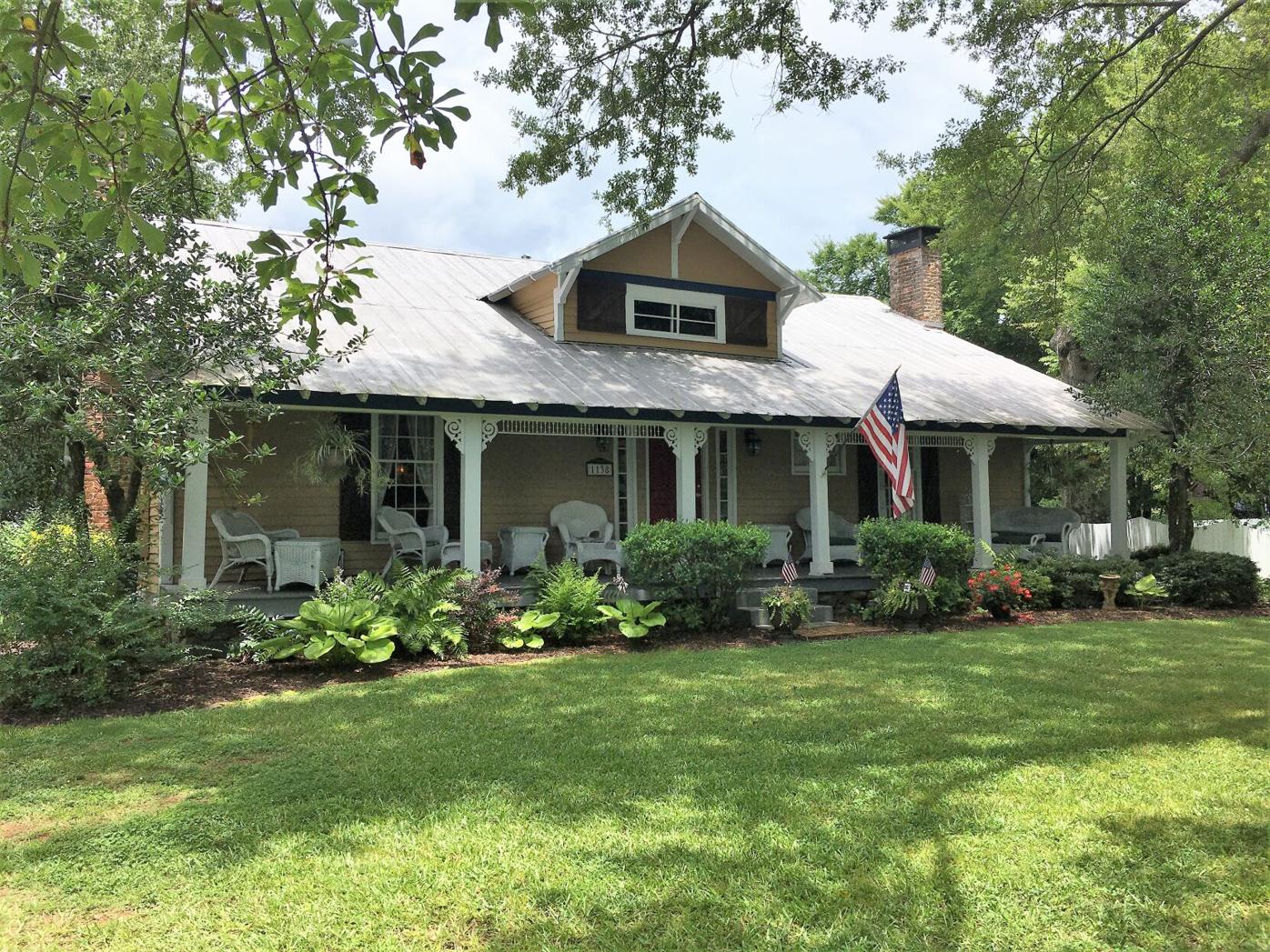 The Grogan House in Woodstock was reportedly built in 1917. 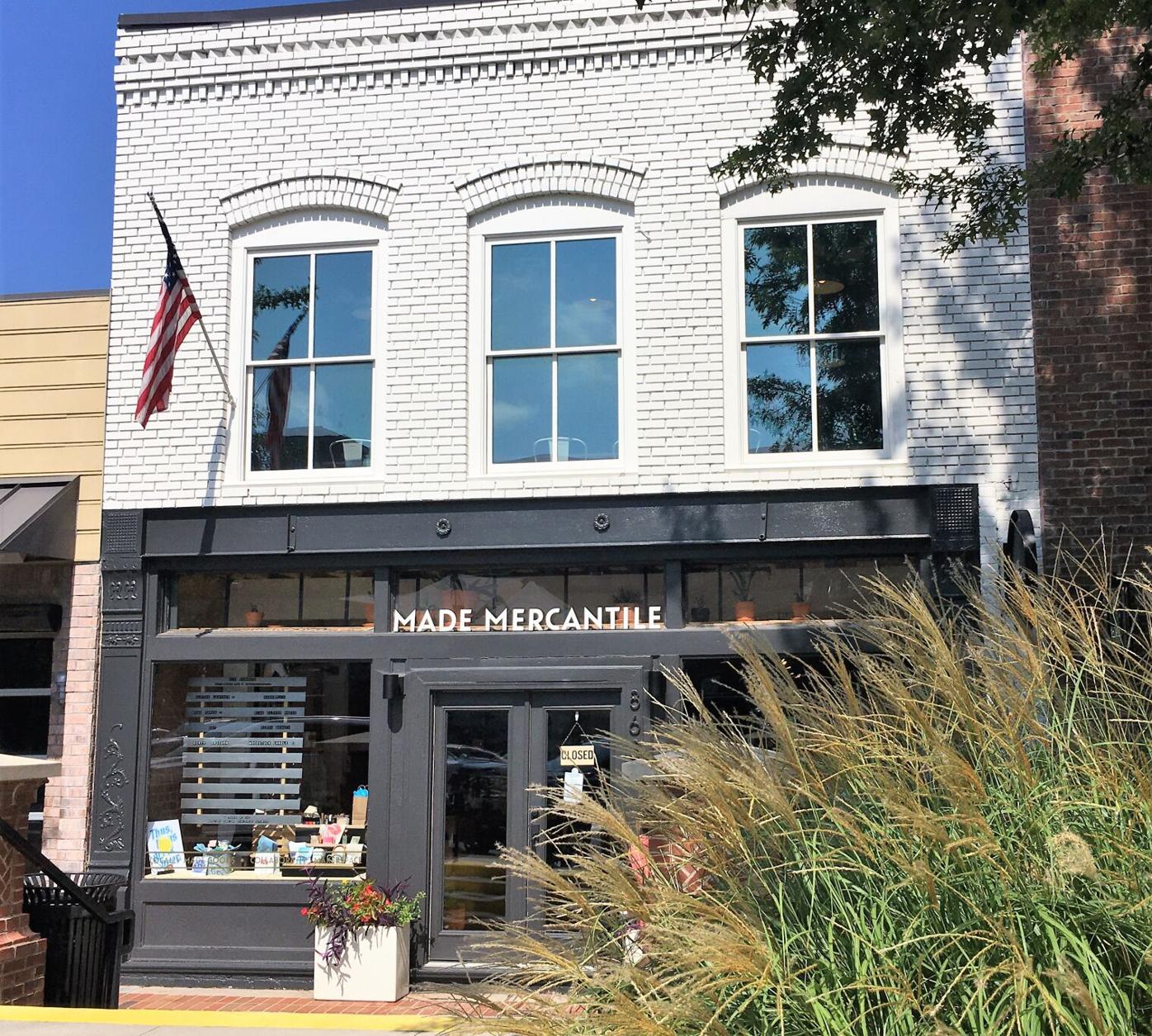 Woodstock’s Granger Building, the home of Made Mercantile, originally opened in 1914 as Chandler’s Funeral Service. 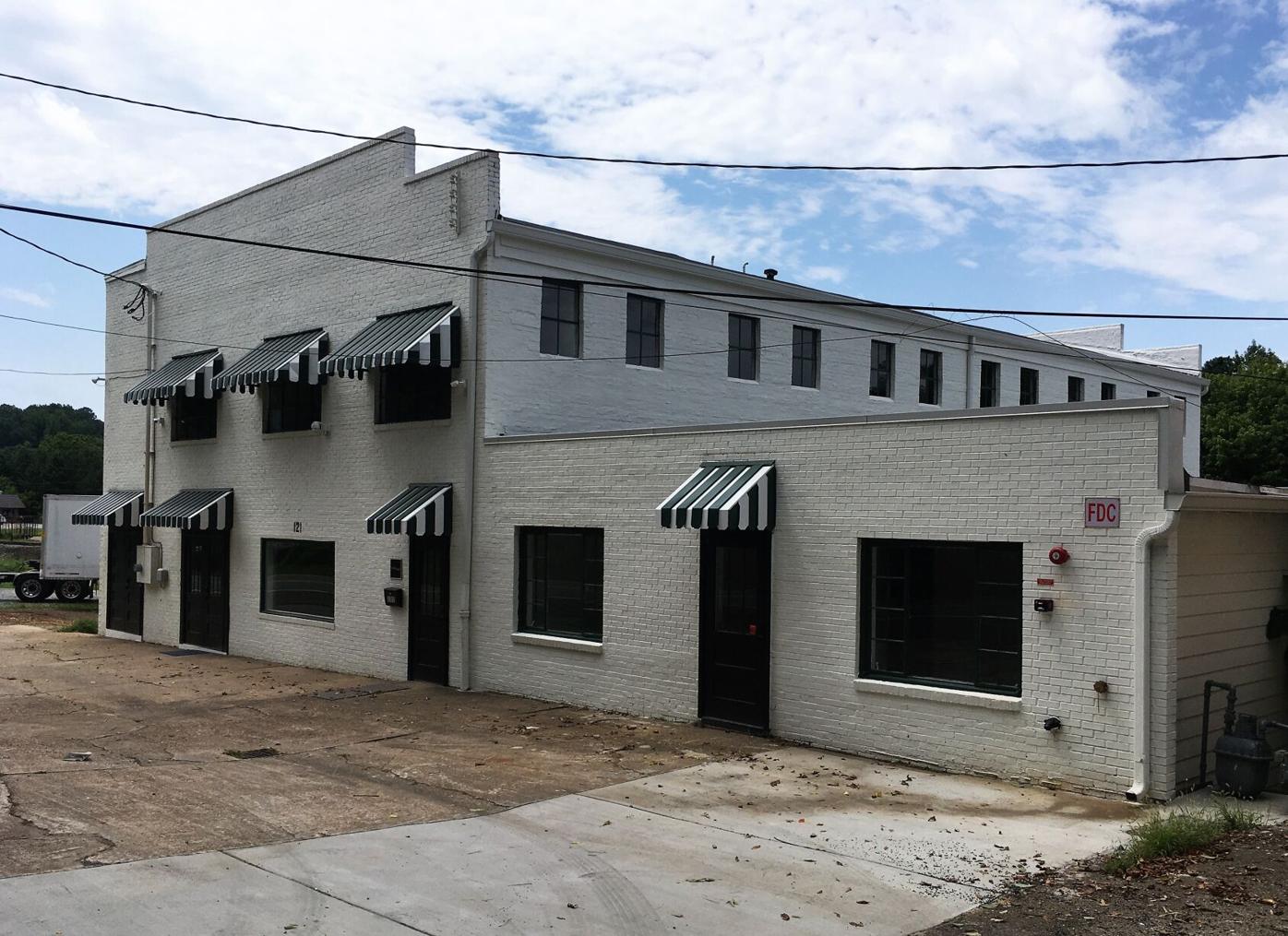 The Bakner Manufacturing Building in Canton, which dates back to at least the early 1940s, formerly housed the Cherokee Poultry Chick Hatchery, B&T Feeds, and B&L Feed Company.

Sylvia Bowles and Beth Ingram were named History Cherokee’s Volunteers of the Year.

The Sixes Schoolhouse dates back to 1876.

The Mill on Etowah.

The Grogan House in Woodstock was reportedly built in 1917.

Woodstock’s Granger Building, the home of Made Mercantile, originally opened in 1914 as Chandler’s Funeral Service.

The Bakner Manufacturing Building in Canton, which dates back to at least the early 1940s, formerly housed the Cherokee Poultry Chick Hatchery, B&T Feeds, and B&L Feed Company.

“We were excited to have the opportunity to celebrate the successes of preservation efforts with community leaders, members of History Cherokee, and property owners at an in-person event,” Executive Director Stefanie Joyner said in a statement.

Built circa late-1930s/ early-1940s, the two-story structure formerly housed the Cherokee Poultry Chick Hatchery, B&T Feeds, and B&L Feed Company. Current owner, Matthew Wagner, renovated the structure for his own company, Bakner Manufacturing, which produces gloves utilized in poultry processing. Interior features of the structure include the original windows, wood floors, and freight elevator. The upper-level of the building features a unique barrel vault ceiling, rarely seen in an industrial building of this size.

Built in 1914 as Chandler’s Funeral Service, the Granger Building features the original Mesker iron works façade, solid brick walls, pine plank flooring, and upper-level ceiling rafters. The upper-level of the structure features two different original brick walls as well as the ghost-line of the original staircase. The upper-level of the building was utilized as casket storage while operational as Chandler’s, but today owners Les Granger and the Granger family lease the space as a makers’ market to local vendors and artisans.

Reputedly built by Charles James Grogan around 1917, the wood frame house features a stone foundation and wood porches dating to 1930s. The interior of the home contains original wide pine plank flooring, chair rails, and chimney with “penciling” paint still visible. The current owner, Patrick Hurley, purchased the property in 2017 and has added vintage wallpaper over board and batten wood walls and has refurbished an original clawfoot bathtub in one of the bathrooms.

Added to Cherokee County Historical Society’s “Sites Worth Saving” list in 2016, property owners Lee and Brittani Lusk are no strangers to saving history, having rehabilitated multiple properties. The house was originally built circa 1910-1920 and is currently in operation as a restaurant, Lora Mae’s. The structure features original shiplap and plaster, heart pine flooring as well as the original exterior siding, windows, and doors.

The Mill on Etowah, Canton

Current owners Penn Hodge and Grant Schmeelk’s vision for creating the Mill on Etowah development included retaining as many original features as possible while adding updated elements such as an entertainment area and exterior restrooms as a means to attract people to the multipurpose venue. Built in 1900, the structure was originally Canton Cotton Mill #1 and operated until 1981. Today the brick structure with smoke stack retains its original sized windows, doorways, and custom-made transoms, along with maple flooring, ceiling beams, and wood columns.

Present day owners, Steve Rich and Nathan Rich, of Construction Management Services, purchased the property in February 2021. The first project of saving the historic structure included safely stabilizing the building while maintaining and respecting its historic integrity. The structure was built in 1876 and served as a school to the Sixes community until it closed in 1950. The building features original heart pine flooring, wood walls, ceilings, and arched doorway between the two main rooms.

History Cherokee gives annual awards to encourage the community to protect Cherokee County’s history, according to the organization. Properties were judged by volunteers Bob Gamble, Beth Ingram, and Sylvia Wheeler, based on attention given to preserving historic features and maintaining the integrity of initial design.

Ingram and Silvia Bowles were also honored as Volunteers of the Year for their dedication and service to History Cherokee.

The keynote speaker this year was Gordon Jones, senior military historian and curator at Atlanta History Center who discussed the relocation, restoration, and preservation of the 1886 cyclorama painting, “The Battle of Atlanta.”

The first candidates have tossed in their bid to run for office in Cherokee County’s cities in November’s election.

The Woodstock City Council has taken steps toward regulating short-term rentals, such as Airbnb and Vrbo.