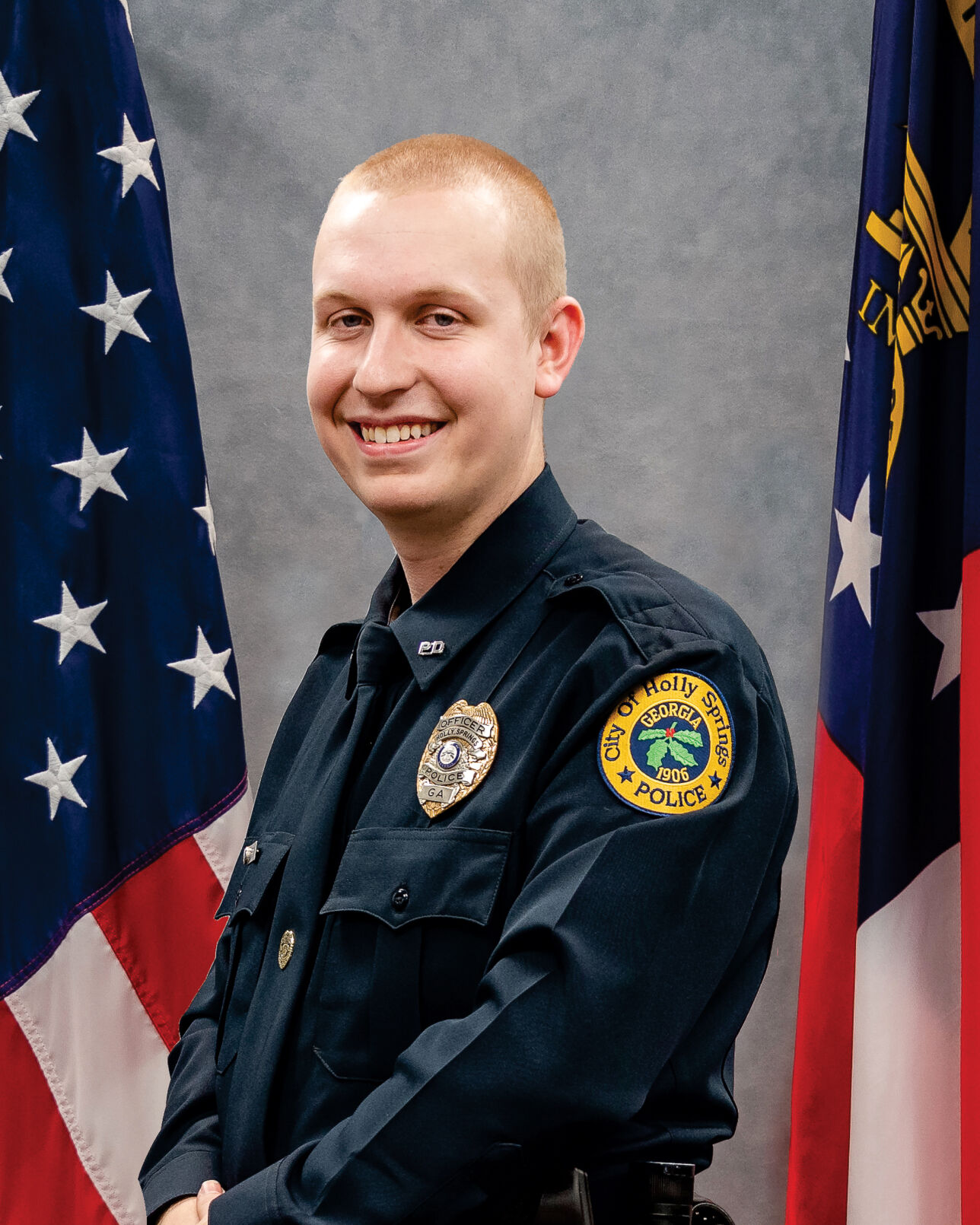 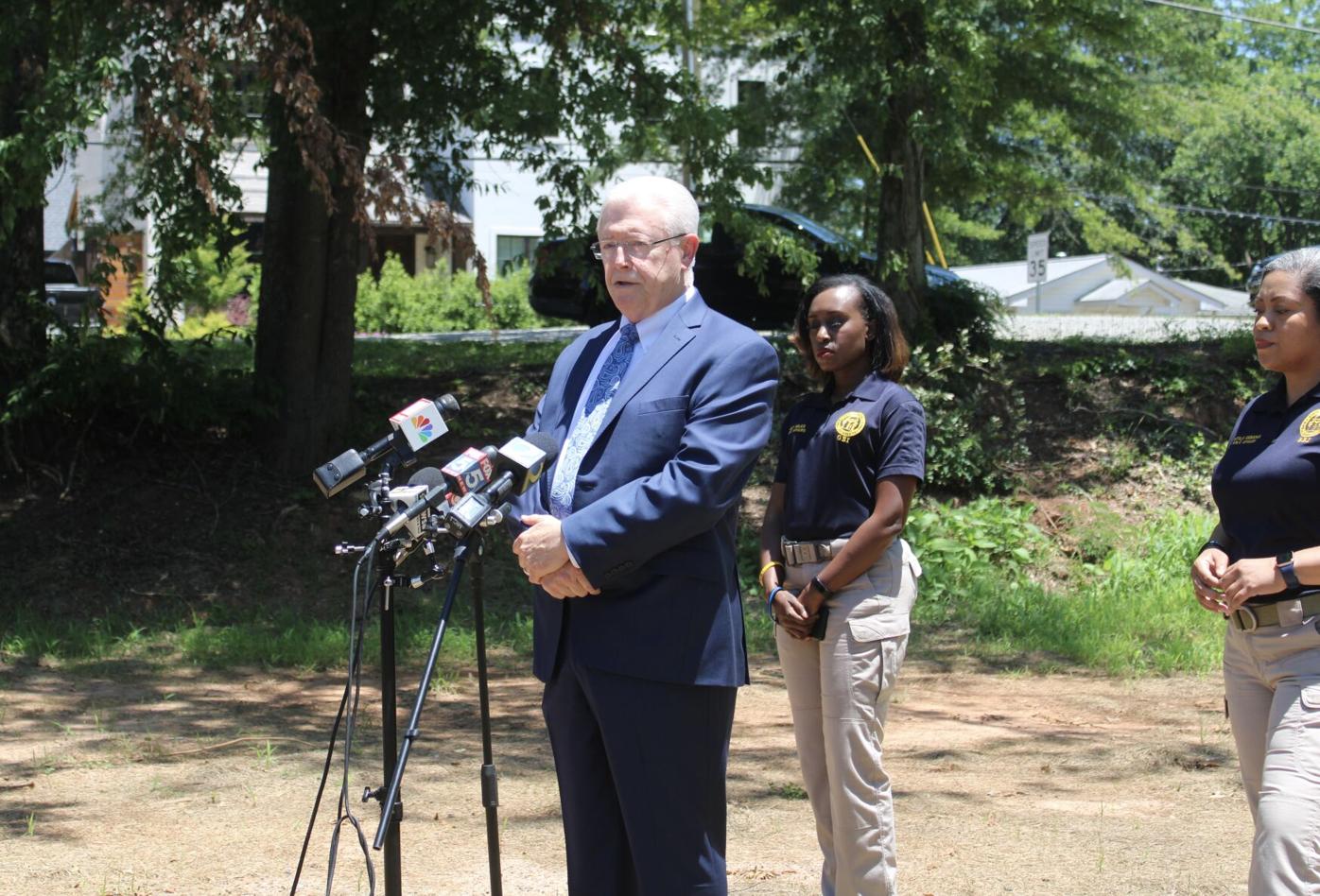 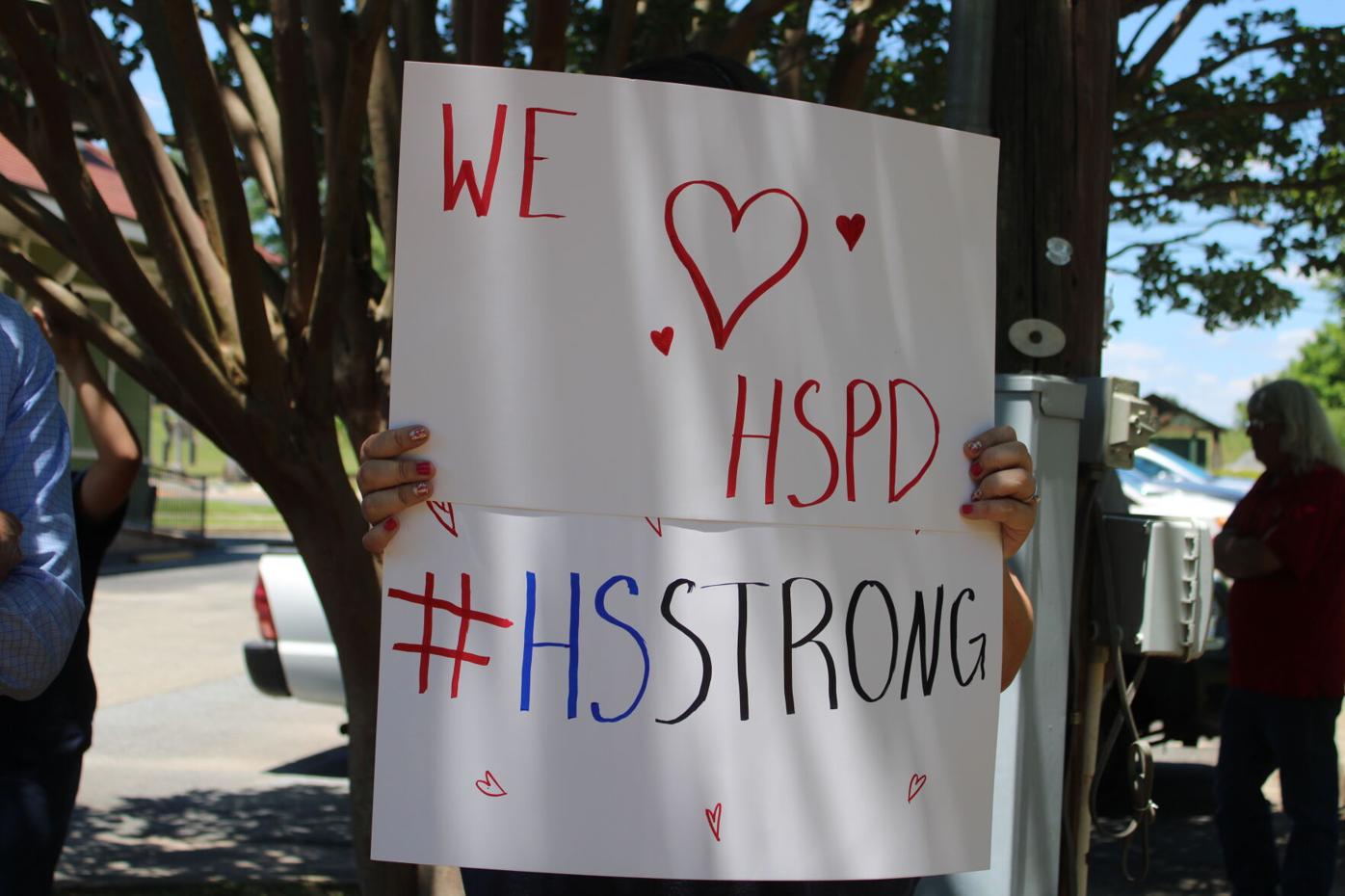 A woman shows support for the Holly Springs Police Department during the press conference.

A woman shows support for the Holly Springs Police Department during the press conference.

A Holly Springs Police Department officer was killed after what started out as a traffic stop, the Georgia Bureau of Investigation reported Thursday.

The man suspected of causing his death has also died.

The officer, identified by GBI as Joe Burson, died after he was dragged by the car of a suspect he had stopped. Burson was 24.

The car was driven by Ansy Dolce, 29, of Cherokee County, according to GBI. Officials confirmed Burson shot Dolce, though the shooting is still under investigation.

The shooting was Wednesday night on Hickory Road, between the Harmony on the Lakes subdivision and Stringer Road, Officer April Van Austine, spokeswoman for Holly Springs Police, said.

According to the GBI, just after 11 p.m. Wednesday Holly Springs officers conducted a traffic stop at the intersection of Harmony Lake Drive and Hickory Road. At some point during the traffic stop, Dolce attempted to escape in his car. Dolce dragged Burson down Hickory Road until the vehicle crashed. While he was being dragged, Burson fired shots at Dolce, officials said.

“It was just a simple stop, and the bottom line is, every bit of this could have been avoided,” Keheley said. “This is the worst day of any police chief’s job. I’ve had to do this before in the past, and this was no different. This is as tragic as anything I’ve ever experienced.”

GBI spokeswomen Nelly Miles and Natalie Ammons said Thursday more details are forthcoming on what happened during the traffic stop that led to two deaths.

“We are going to work as hard as we can to find out exactly what happened,” Ammons said.

Burson was wearing a body camera, which the GBI will analyze, among other footage from the patrol car and officers that were at the traffic stop, Keheley said.

“He was a model officer,” Keheley said.

When the GBI completes its investigation, it will be turned over to the Cherokee County District Attorney’s Office for review.

A portion of Hickory Road was closed for the investigation and remained closed Thursday until about 4 p.m., according to the Cherokee Sheriff’s Office.

Among those mourning Burson on social media was Revolution Church, where he was a member, the church shared Thursday.

“We are heartbroken to learn that Holly Springs Police Officer Joe Burson, who was a part of our Revolution Family, was killed in the line of duty early this morning,” the church posted on its Facebook page. “Joe served on our Worship Team as a drummer at both Revolution Canton and Revolution Jasper. We ask you to join us in prayer for his wife, family, friends, the Holly Springs Police Department, and all law enforcement as they grieve.”

People who wish to donate to Burson’s family can do so through the city’s Friends of Holly Springs Police Foundation, friendsofhollyspringspolicefoundationinc.org.

This story has been updated to reflect that the officer was not shot, according to Holly Springs police, and that he was 24. Police initially reported he was 25.

Leaf Cremation in southwestern Cherokee County is offering a new service to its clients, giving them the choice to preserve their loved one’s …

The Friends of Holly Springs Police Foundation is hosting a candlelight vigil in memory of Officer Joe Burson, who died Wednesday night of inj…