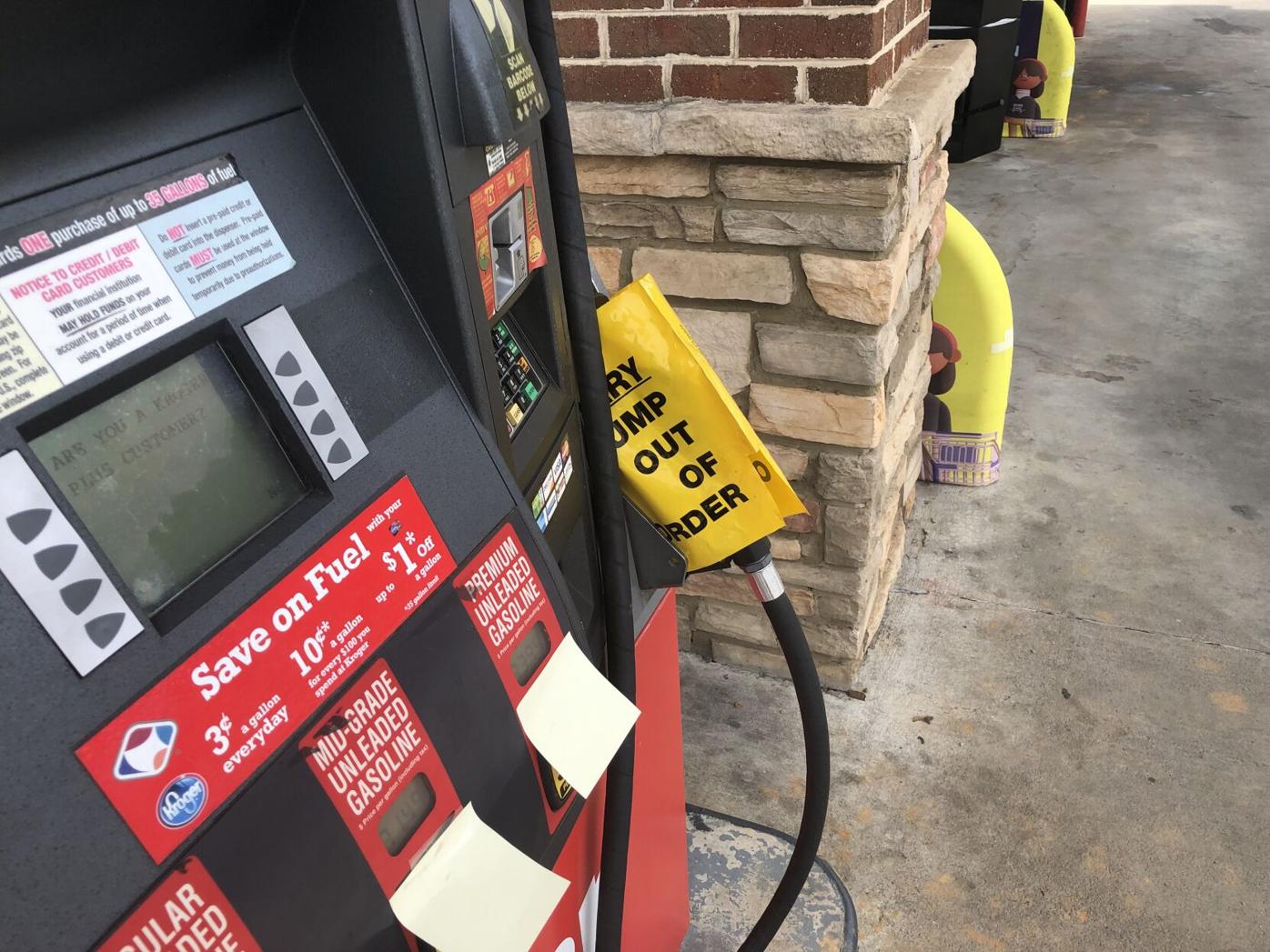 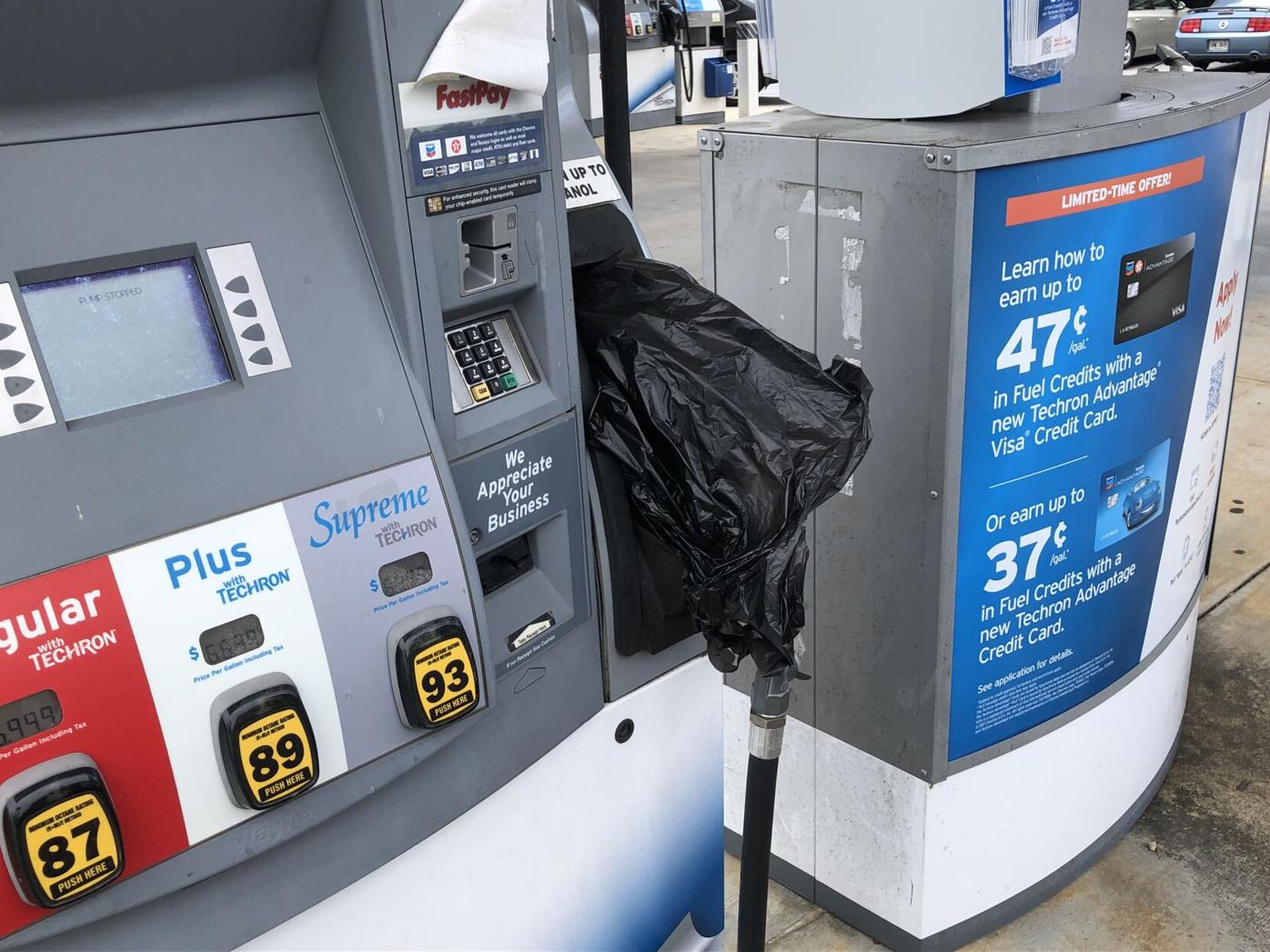 Many gas stations have bags placed over the pumps, indicating they are currently out of order due to the gas shortage.

Many gas stations have bags placed over the pumps, indicating they are currently out of order due to the gas shortage.

CHEROKEE COUNTY — The gas shortage caused by a pipeline shut down in the East Coast has affected gas stations across Cherokee County, leading to rising gas prices and pump closures due to low supply.

Gas prices in Cherokee County had risen to an average of $2.95 a gallon Wednesday, up eight cents from Tuesday's $2.87 a gallon average Tuesday, according to AAA, on track with state averages. Monday, Cherokee was averaging $2.73 a gallon.

Along with rising prices, many local gas stations, such as the Chevron at 111 Mountain Vista Boulevard in Canton, have closed off most or all of their pump stations.

“This gas shortage is a national problem and it’s certainly affecting us right now,” said an employee at Chevron, who asked not to be named. “We’ve had people come in asking about gas, but there’s nothing we can do to help them.”

The employee said Tuesday that more gas supply was ordered last Thursday, but that shipment has not come in yet due to the cyberattack on the Alpharetta-based Colonial Pipeline. The employee added that they aren’t sure when the supply will come. Tuesday, the station had bags over most of its pumps.

Cherokee County resident John Murton was at the Canton Chevron Tuesday to buy lottery tickets and other items after buying a full tank of gas Sunday, he said.

“My wife that works at Northside Hospital got off around 10 p.m. last night. She went to Texaco and they were out of gas,” Murton said. “She came to Chevron after seeing Texaco had no gas and she saw the price was up a little bit so she sat and contemplated a bit. As she was contemplating what to do, the pumps became full because people started hearing about the gas shortage and came to fill up.”

Murton said he knows somebody who has 25 gallons of gas at home in wake of the shortage.

Another local gas station, Texaco at 1885 Hickory Flat Highway, was waiting on its next supply of gas as well, according to an employee there, who also asked not to be identified. They said a supply was ordered last weekend, and the station is currently waiting for word on when they will receive it. The station also had bags on most of its pumps Tuesday.

Down the road, Shell and the Kroger Fuel Center on Hickory Flat Highway only had a few pump stations up and running.

The rising gas prices and fuel shortage was caused by a cyberattack on Alpharetta-based Colonial Pipeline, which runs 5,500 miles from Texas to New Jersey, the pipeline reported Friday. Colonial Pipeline is one of the largest fuel transport systems in the country.

ATLANTA – Normal restrictions on commercial trucks in Georgia are being waived under an executive order Gov. Brian Kemp has issued in response to the shutdown of the Colonial Pipeline. The Alpharetta-based company that supplies nearly half of the gasoline consumed on the East Coast reported a ransomware attack last Friday that forced a shutdown […]

ACWORTH — State and local officials christened a new park-and-ride lot that will provide bus service from Acworth to downtown Atlanta on Friday, saying it will offer quick access to the city and reduce congestion on Interstate 75.