You are the owner of this article.
Edit Article Add New Article
You have permission to edit this article.
Edit
Home
News
Sports
Opinion
Lifestyle
Obituaries
Legals Notices
Classifieds
e-Edition
Share This
1 of 3 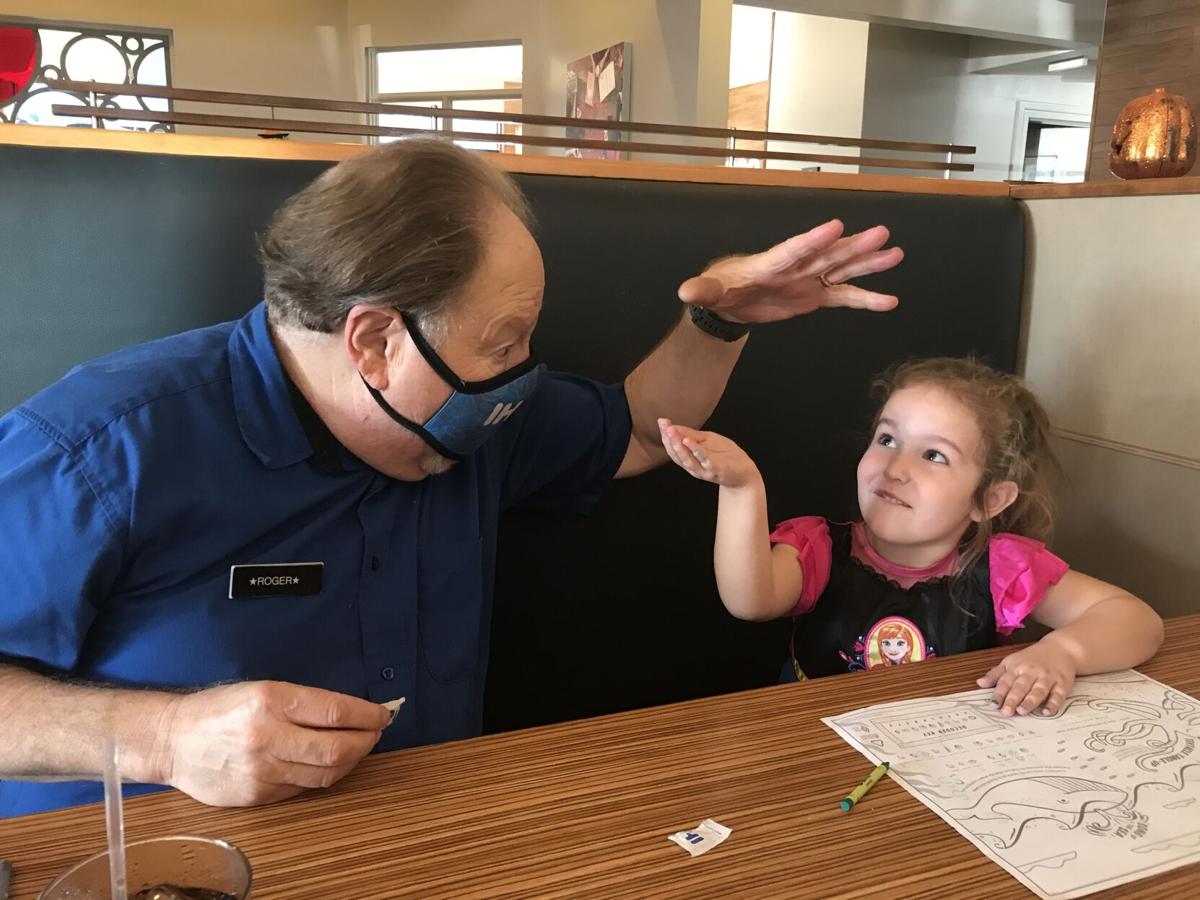 Roger Reinhart, host at the Canton Marketplace IHOP, has brought his many acquired skills from his time living in Hollywood to Canton, and is now serving up magic tricks and smiles to guests of all ages. He performs a trick with a packet of sugar at the restaurant. 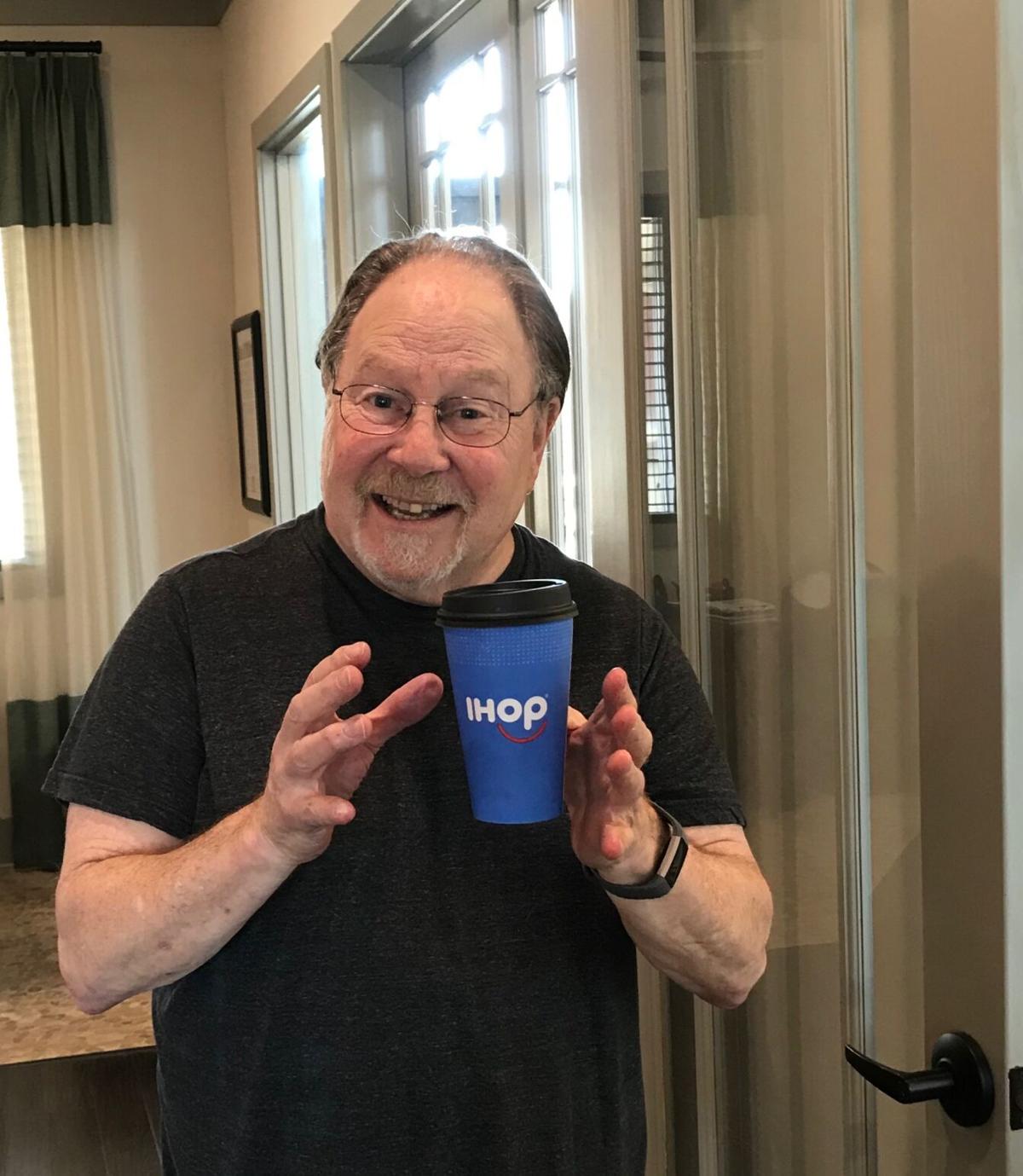 The floating cup is one of his many popular tricks that Reinhart performs at the restaurant. 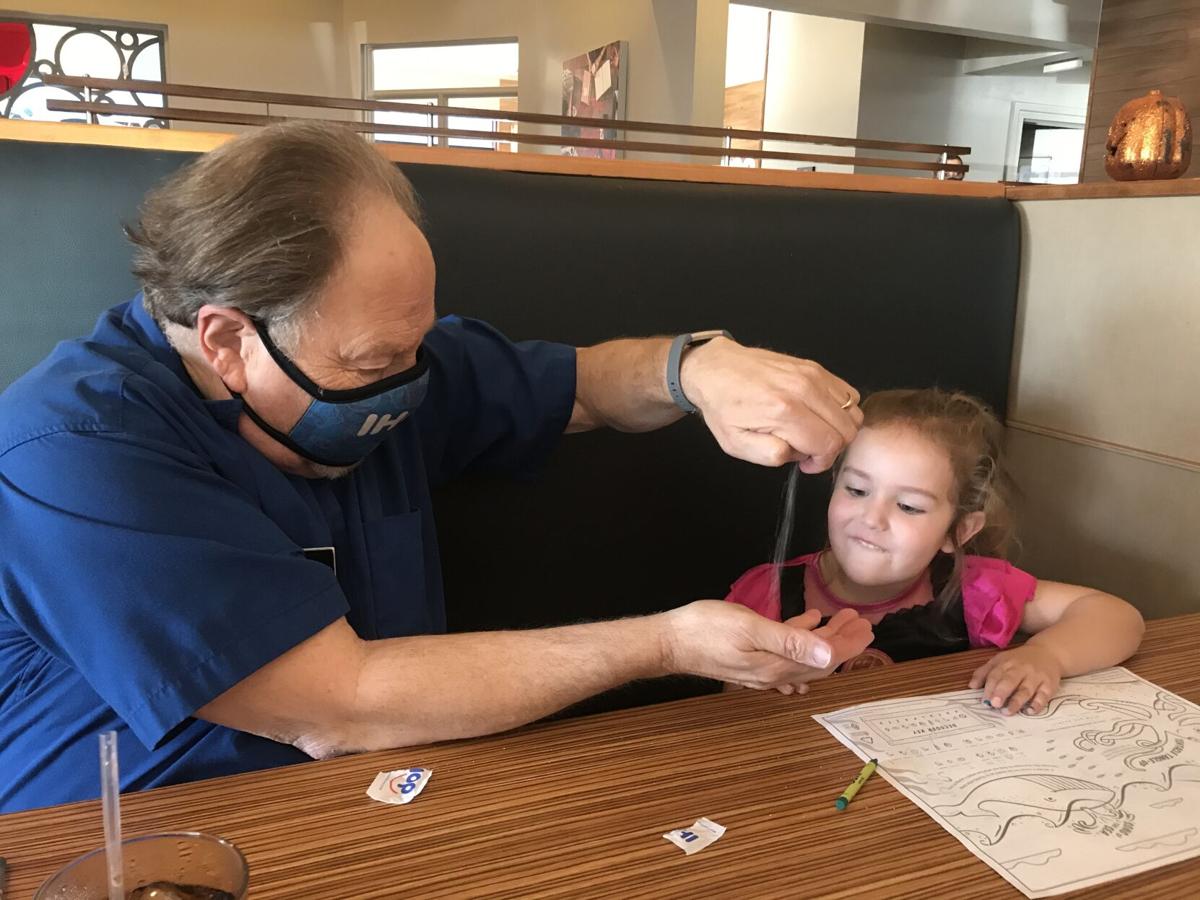 Reinhart said he enjoys doing magic tricks with restaurant goers, with many visitors of all ages requesting to see him perform.

Roger Reinhart, host at the Canton Marketplace IHOP, has brought his many acquired skills from his time living in Hollywood to Canton, and is now serving up magic tricks and smiles to guests of all ages. He performs a trick with a packet of sugar at the restaurant.

The floating cup is one of his many popular tricks that Reinhart performs at the restaurant.

Reinhart said he enjoys doing magic tricks with restaurant goers, with many visitors of all ages requesting to see him perform.

CANTON — Roger Reinhart, host at the Canton Marketplace IHOP, has brought skills acquired during his time living in Hollywood to Canton, and is now serving up magic tricks to guests.

“I was hired at IHOP earlier this year before the pandemic,” Reinhart said. “Not long after I was hired I would start implementing some magic tricks into my host job, like making the crayons that came with the kids menu disappear, which everyone loved. So then I started adding different tricks for people to enjoy, and management loved it because people wanted to see magic, which helped bring in business.”

While many of the guests at IHOP are of various age ranges and enjoy his tricks, he said the kids are the main reason he began working magic into his host job.

“I was a casting director for about 25 years in Los Angeles,” he said. “I worked with kids because I worked so well with them and found it easy to make them laugh and work up enough emotion for the camera. I would audition kids and work with them to get them on tape to send to producers and directors.”

Reinhart has a few tricks in his repertoire, including a levitating cup, and coin trick, to name two.

“I’ve been here the longest out of everyone, and I have never seen anyone do anything like this, especially not magic tricks,” IHOP server Jamar Williams said. “It’s definitely unique, and these magic tricks have helped bring customers in, as well as help to entertain guests because we have longer wait times now for tables due to COVID-19 restrictions. With employees coming and going, it can be hard to get drawn to people and become friends sometimes. However, Roger is one of those people that I was drawn to, and the customers become drawn to him as well.”

Reinhart is no stranger to performing in public, as he has been performing magic for crowds for decades now. He said he learned magic as a teenager from a friend who had been practicing magic, and his interest only increased from there.

“I learned a lot of tricks and techniques from my friend, and I performed in front of some of my friends on occasion,” Reinhart said. “My magic really grew through a show at the Southern California restaurant chain 1520 A.D, where I played Henry the VIII. I headlined the show for two years in Beverly Hills, and one year in Anaheim. During that time my magic really blossomed because I worked with a lot of magicians who worked the shows, and I also practiced by myself. I also worked at the Renaissance fairs on occasion, as well as the Magic Castle in Hollywood.”

Alongside magic, he was also an improv comedian, beginning at the age of six. Eventually he added acting to his long list of skills, with several acting credits being added to his name over the years. He became an extra on “Mama’s Family” as a neighbor, and as a janitor on “Saved By the Bell,” two roles which he said he is especially fond of. A man of many talents, he was also in a band with his wife called the Blues Zone Band, playing at many local clubs in Southern California, as well as Universal Studios in Hollywood.

Once he retired from acting, he stepped into his role of casting director. He said he enjoyed this job, and he and his wife opened a management company in Hollywood. However, he began to suffer from burnout from his decades long career, as well as living in the Southern California area. He and his wife began thinking of opening a branch of their company in Georgia because the film and television industries were blossoming. They eventually moved to Georgia a couple of years ago. Reinhart then officially retired, however, he said he didn’t want to retire from working all together.

“I retired after around 55 years in the business, and sat around the house for a little while until my wife suggested going out and finding something that fits my skill set,” Reinhart said. “I didn’t know what to do since I had always been in show business, but then I thought about being a host because of my personality and skills.”

It was all she wrote after that, and now he performs magic for restaurant-goers, putting smiles on people’s faces as they wait to fill their stomachs.

“I love doing magic for the guests and I plan on continuing to do so for as long as people want me to,” he said.