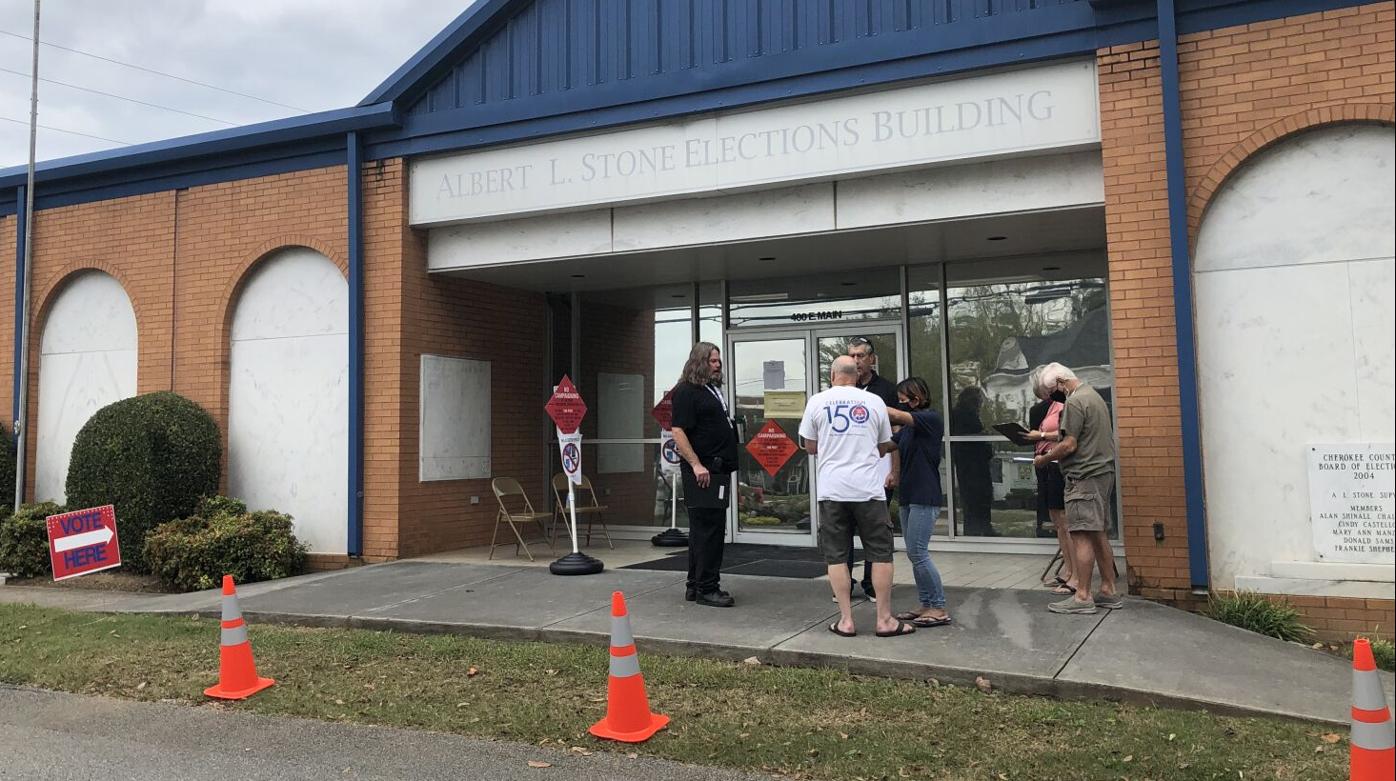 Poll workers talk with a pair of voters at the Elections Warehouse at E. Main St. Tuesday afternoon. 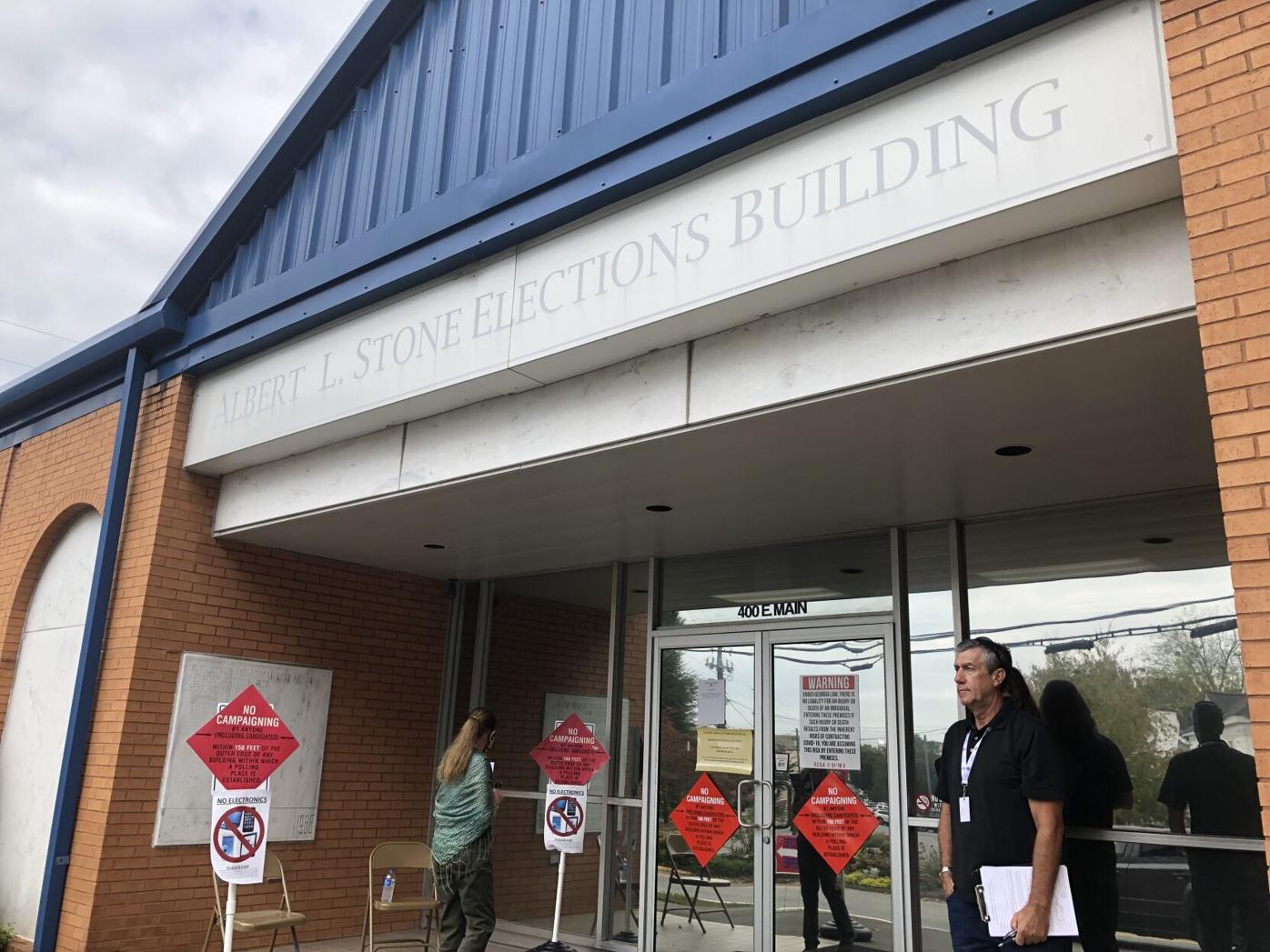 Anne Dover, director at the elections and voter registration office, said Tuesday that, as of about 12:30 p.m. Tuesday, the county had 41 voters visit the Elections Warehouse at E. Main St.

Poll workers talk with a pair of voters at the Elections Warehouse at E. Main St. Tuesday afternoon.

Anne Dover, director at the elections and voter registration office, said Tuesday that, as of about 12:30 p.m. Tuesday, the county had 41 voters visit the Elections Warehouse at E. Main St.

As of the end of the day Wednesday, 298 Cherokee County voters have cast their ballots, according to the county’s election’s office.

The first day of early voting Tuesday saw just 151 residents cast their ballots, and Wednesday another 147 voted. So far, 126 have voted in Canton’s municipal election, and just five have voted in Ball Ground’s.

The Cherokee County Elections and Voter Registration reported 60 of the 151 ballots were from Canton residents.

The elections warehouse, formerly the headquarters of the elections office on Main Street in Canton, saw the most turnout Tuesday with 83 voters, according to a Cherokee Elections report. Thirty nine voters showed up to the county’s Bluffs administration building, and 29 voted at the South Annex in Woodstock. The warehouse again saw the most turnout Wednesday with 82 early voters, followed by 36 at the Bluffs administration building and 29 at the South Annex in Woodstock.

“Voter turnout is very difficult to predict when it is not a major election year,” Dover told the Tribune via email. “Hopefully, we will have an increase in turnout in the coming days.”

On the ballot, Cherokee County voters are asked whether to approve the local school system’s Education Special Purpose Local Option Sales Tax for another five years. The $290 million 2023-2027 Ed-SPLOST, if voters approve it, will include new replacement schools and other capital projects.

In Canton, residents are being asked to vote on whether to allow liquor package sales in city limits. There are also three city council candidates, all unopposed, on the ballot: incumbents Sandra McGrew and Will Carlan, and Dwayne Waterman.

How to vote early and absentee in Cherokee County

Cherokee County residents looking to cast their votes before Election Day can vote early, or apply for an absentee ballot.

Voters will be asked in the Nov. 2 election whether they want to extend a sales tax for public education in Cherokee County by another five ye…

Canton residents will be able to decide whether to allow liquor package sales within city limits through a referendum in November’s election.