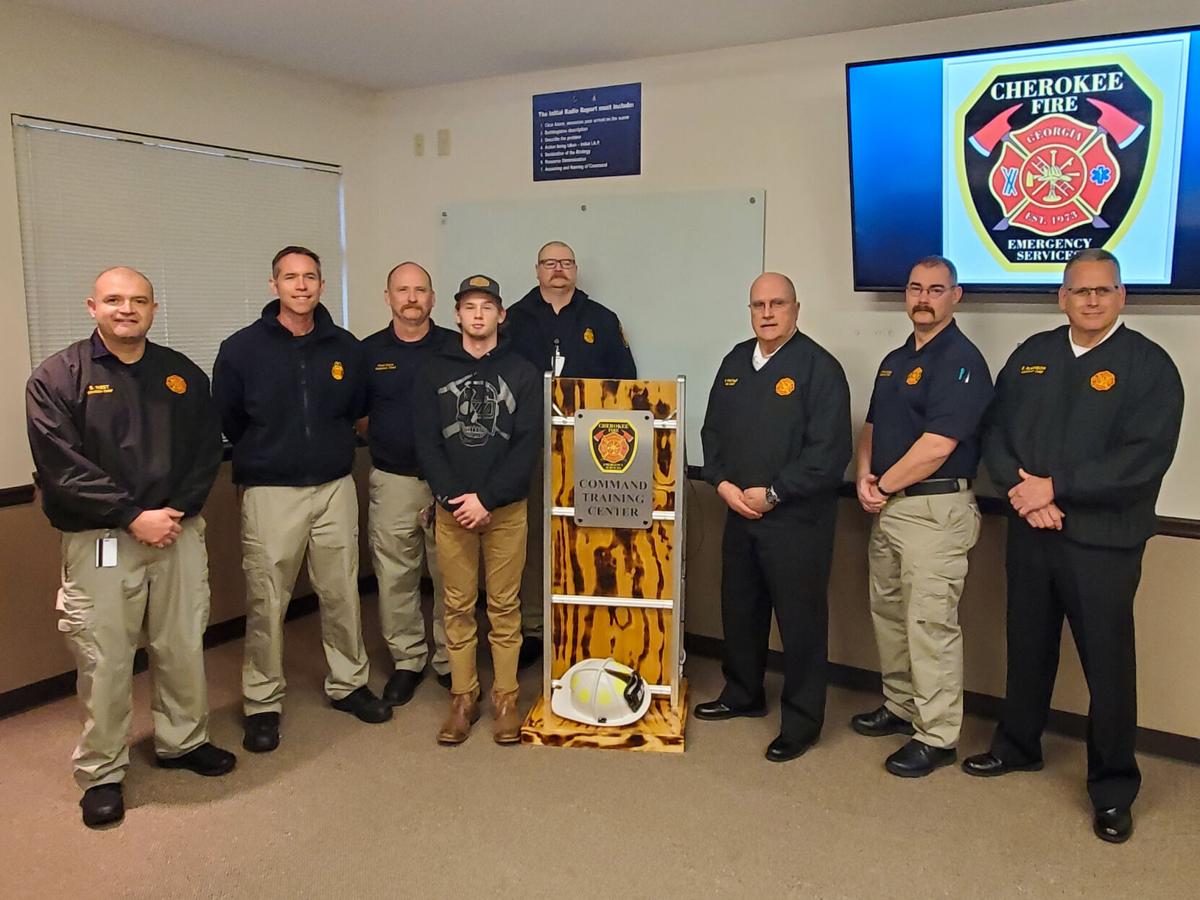 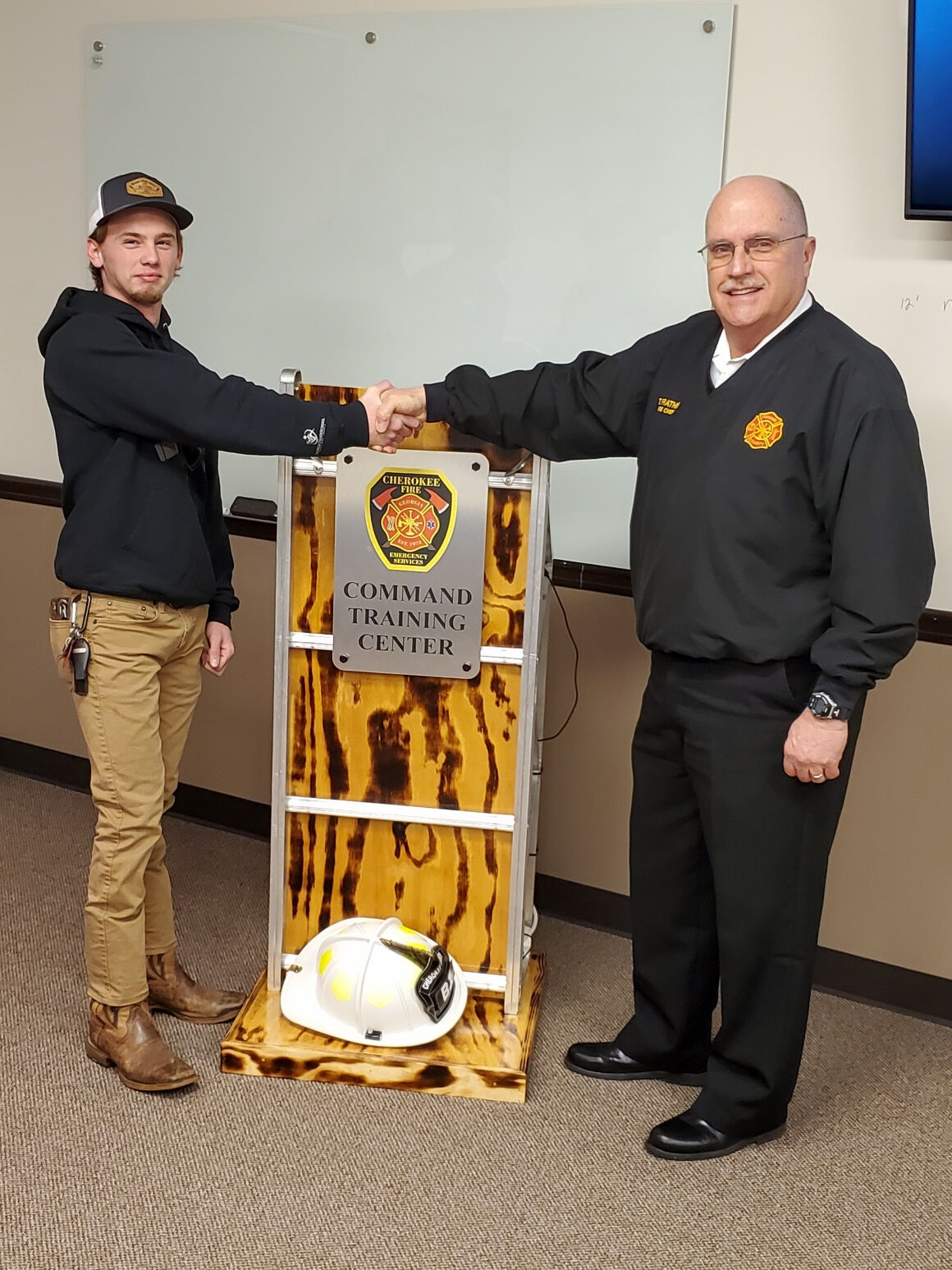 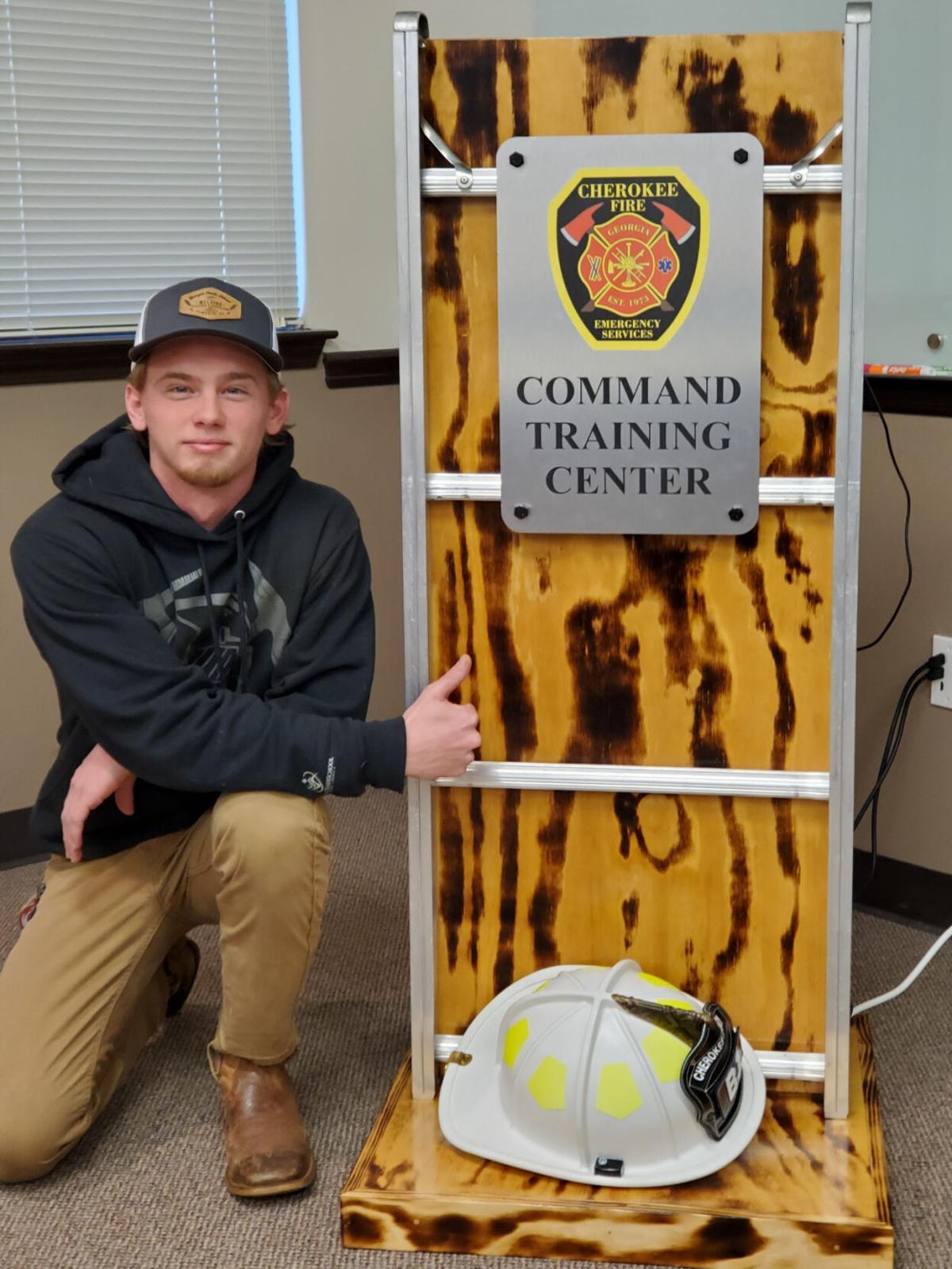 Michael Davis poses next to the podium he worked to help create for the Incident Command Training Center.

Michael Davis poses next to the podium he worked to help create for the Incident Command Training Center.

The “Blue Card” training program provides fire departments with a training and certification system that defines the best Standard Command Practices for common, local, everyday strategic and tactical emergency operations conducted on National Incident Management System (NIMS) Type 4 and Type 5 events. NIMS is a standardized approach to incident management developed by the United States Department of Homeland Security. The program was established in March 2004 in response to Homeland Security Presidential Directive 5 issued by President George W. Bush and is intended to facilitate coordination between all responders. A NIMS Type 4 event is a minor incident that can usually be resolved within a day with on-site resources and support from other facility personnel. Type 5 events are small incidents that can usually be resolved in a few hours with on-site resources.

The team of chiefs created the new Incident Command Training Center based on McElwee’s vision of a dedicated location where the department could implement Blue Card Command training as well as permit personnel to use the facility year-round to develop and improve their incident command skills. Cherokee County Fire Station No. 6, located at 3396 Land Road in the Clayton community was selected to be the location of the new center. Station No. 6 personnel, fire logistics, fire-IT and Cherokee County Property Maintenance all joined the effort and were a crucial part in making the Command Training Center a success.

On Feb. 9, Michael Davis, the son of Battalion Chief Chad Davis, was recognized for his efforts in creating what has become the prized centerpiece of the training center, a customized aerial-style podium built for instructors to use during classroom instruction. Fire Chief Tim Prather, Assistant Chief Eddie Robinson, Field Operations Chief Shane West, Shift Commanders McElwee and Kevin Lanier, Battalion Chiefs Capps and Davis, Station No. 6 Commander Captain Donnie Arp and Captain Nathan Roper were in attendance were in attendance at the event.

According to Chad Davis, “The Incident Command Center instructors agreed that a podium similar to the one located at the fire training center in Holly Springs, which is designed to look like an aerial ladder was the style that would best fit the Incident Command Training Center. I discussed the project with my son and he wanted to help. The ladder was upcycled from an out of service ladder. Michael and I built the base and front from plywood. Burning the wood with a torch was the first step of the finishing process. FAO Marc Burger, Station No. 20 A-Shift, sanded and applied the finish to the wood. Michael designed and began building the podium from photographs I had sent him. Plus, he sent me photos of the project on a daily basis.”

West thanked everyone for gathering at the center to officially recognize and thank Michael Davis for his contribution to the Incident Command Training Center.

“Michael, we want to thank you for accepting our podium as your class project. The results are remarkable and it’s perfect,” he said.

Prather added, “Because of your hard work, you are part of this command training center and will be from now on.”

West went on to say that the training center project could not have been pulled off without the support of the fire administration and assistance from fire logistics, fire information technology, Cherokee County Property Maintenance and others.

Battalion Chief Thomas Capps also thanked all of the personnel at Station No. 6 for their assistance with putting the training center together.