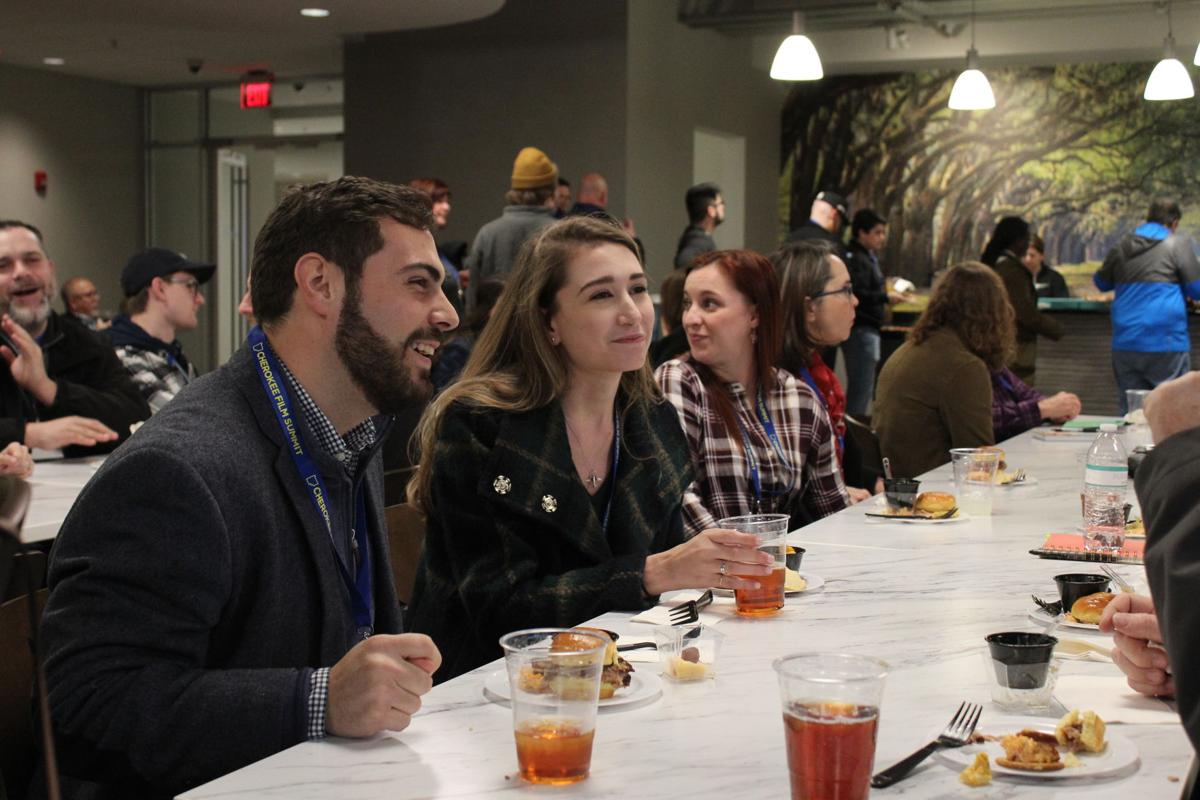 The Cherokee Film Summit was marked with informative breakout sessions from industry professionals and networking for film enthusiasts. 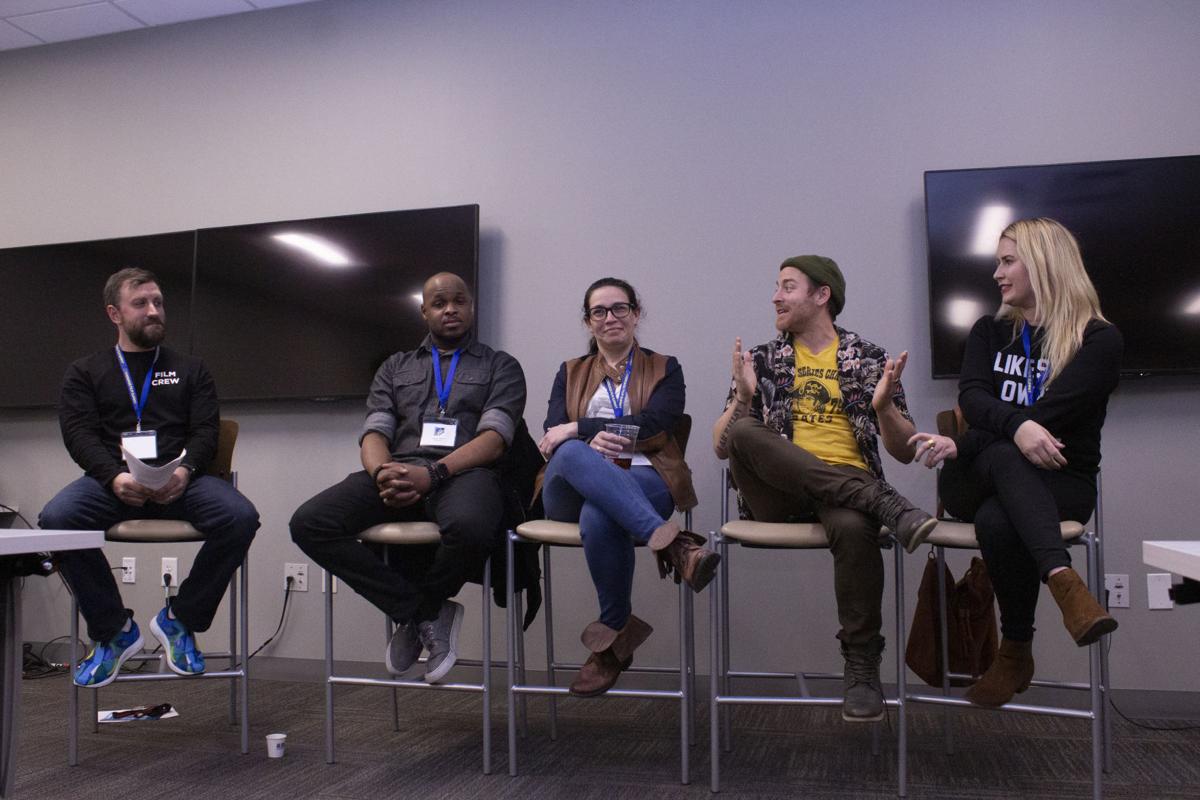 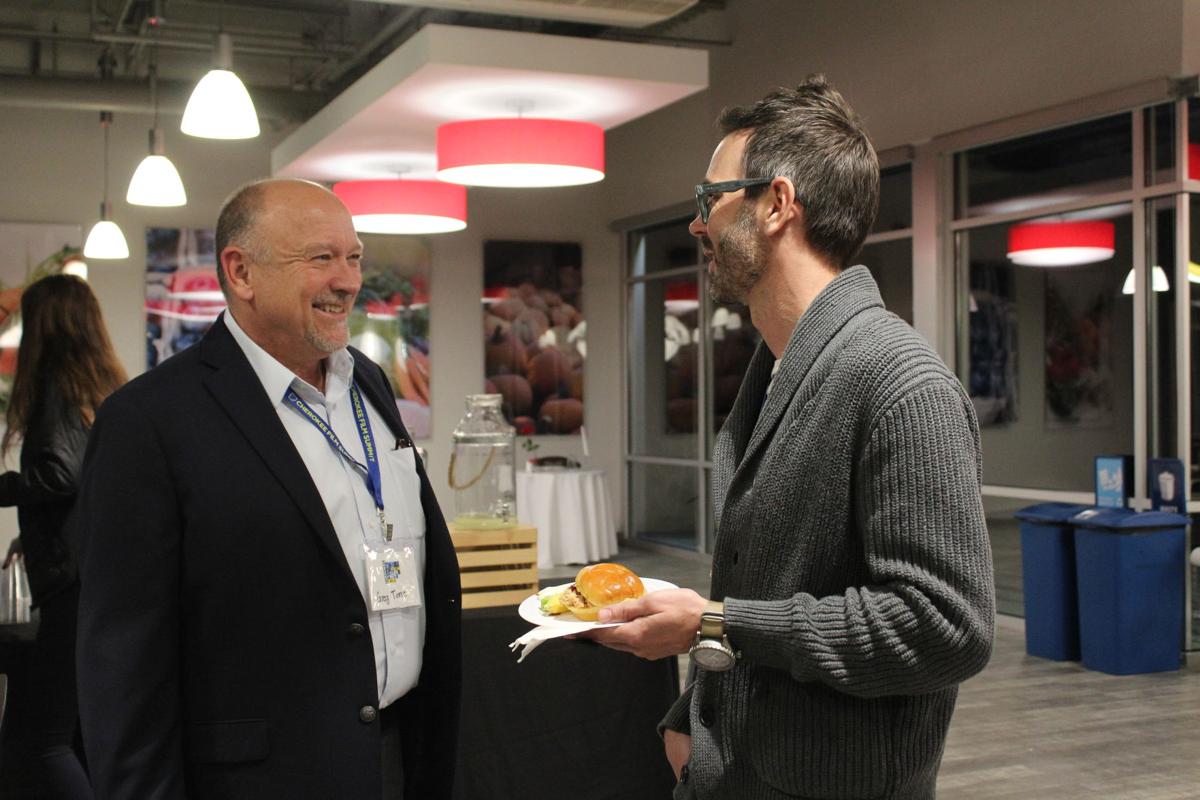 Greg Torre of the Georgia Office of Economic Development talks to Jim Nichols. 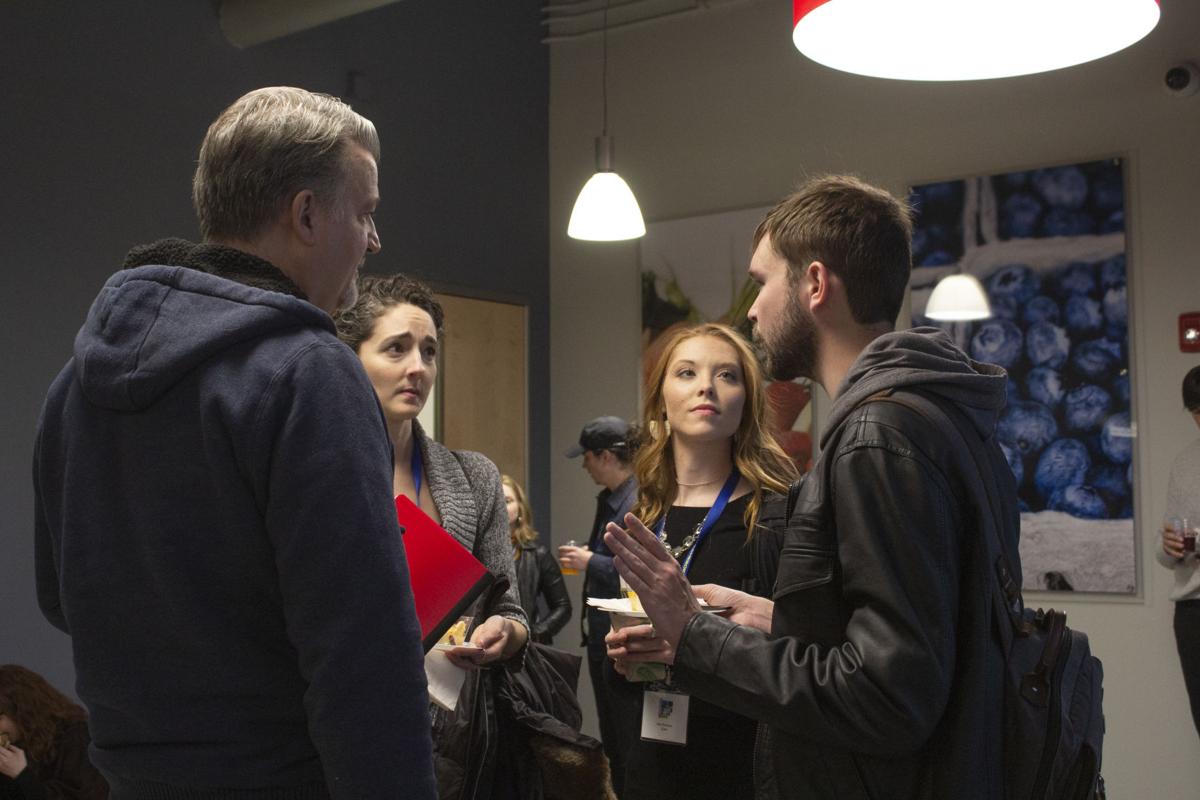 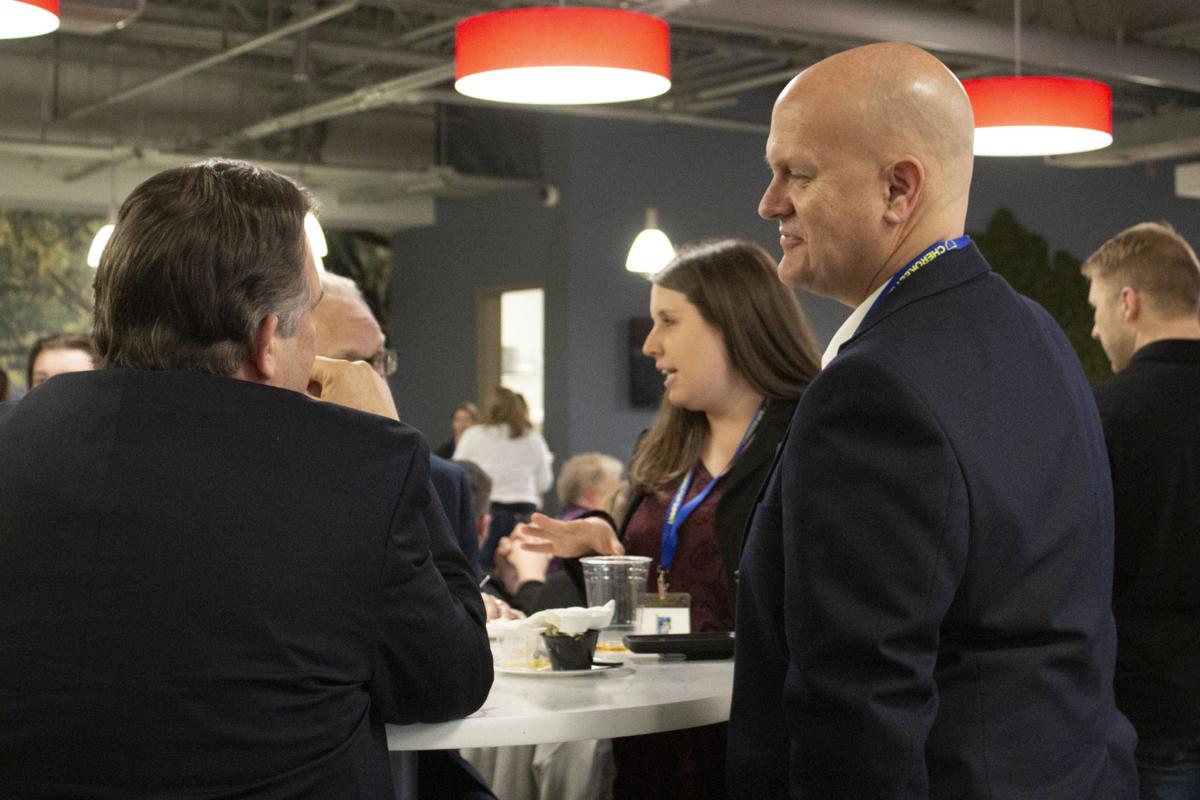 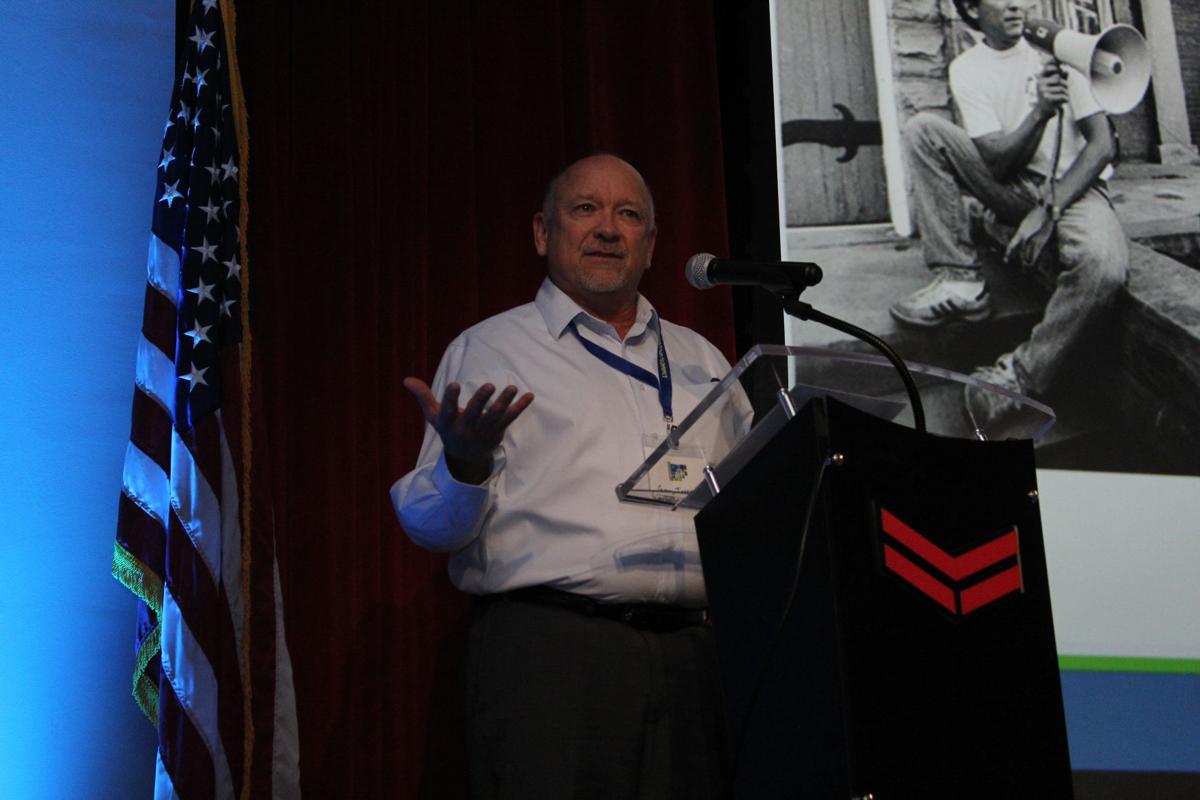 Greg Torre of the Georgia Office of Economic Development discusses the state’s film tax credit and the “film ready” program, which all of Georgia’s counties have implemented. 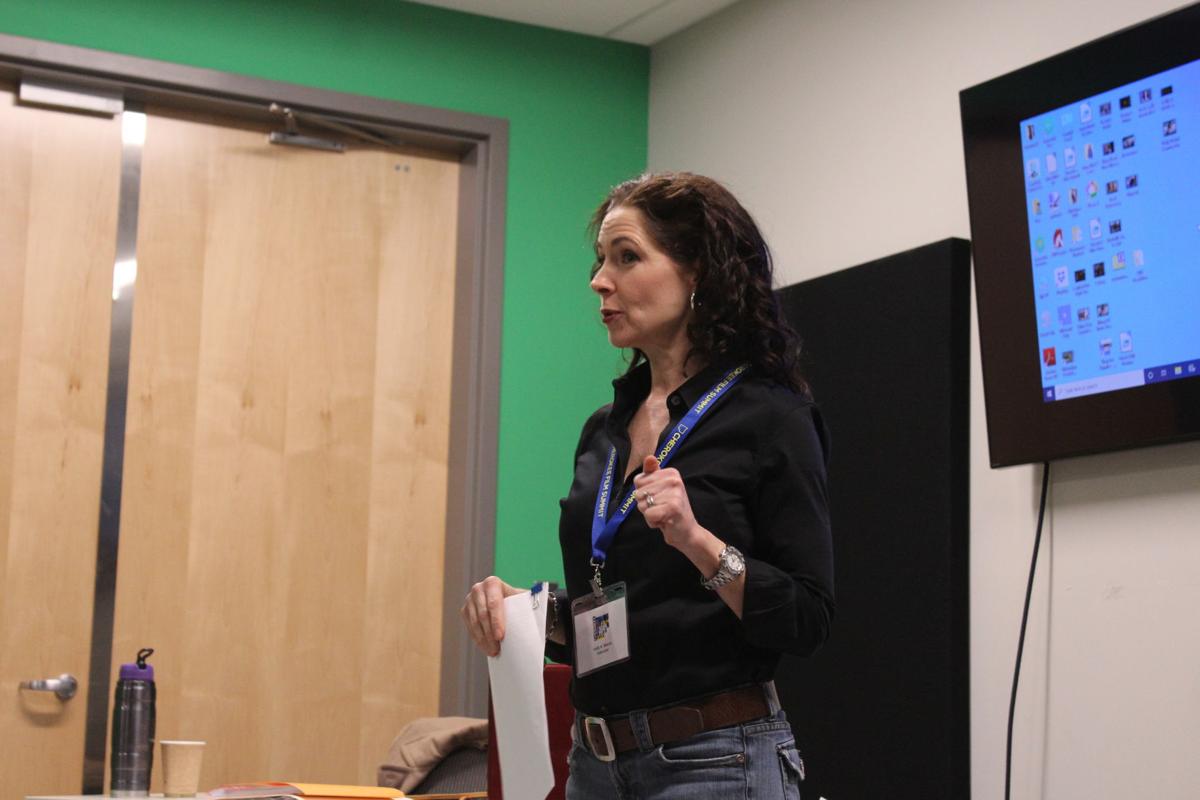 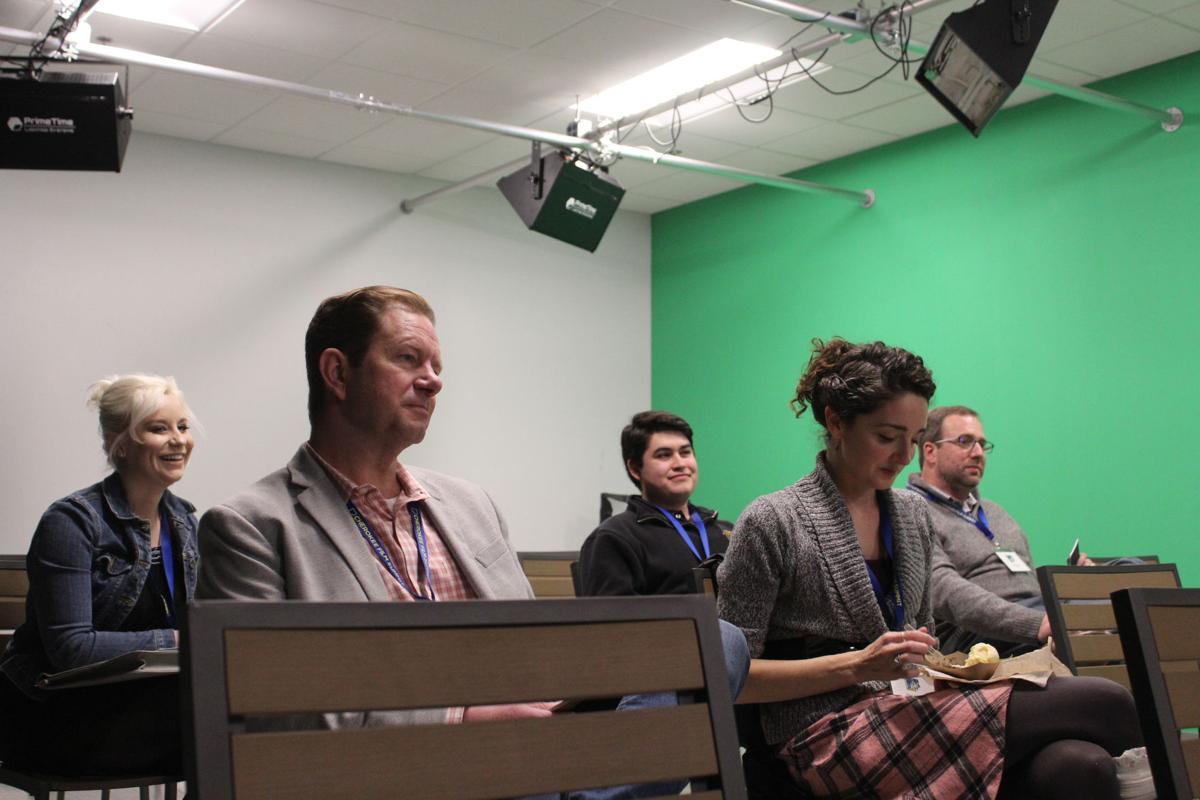 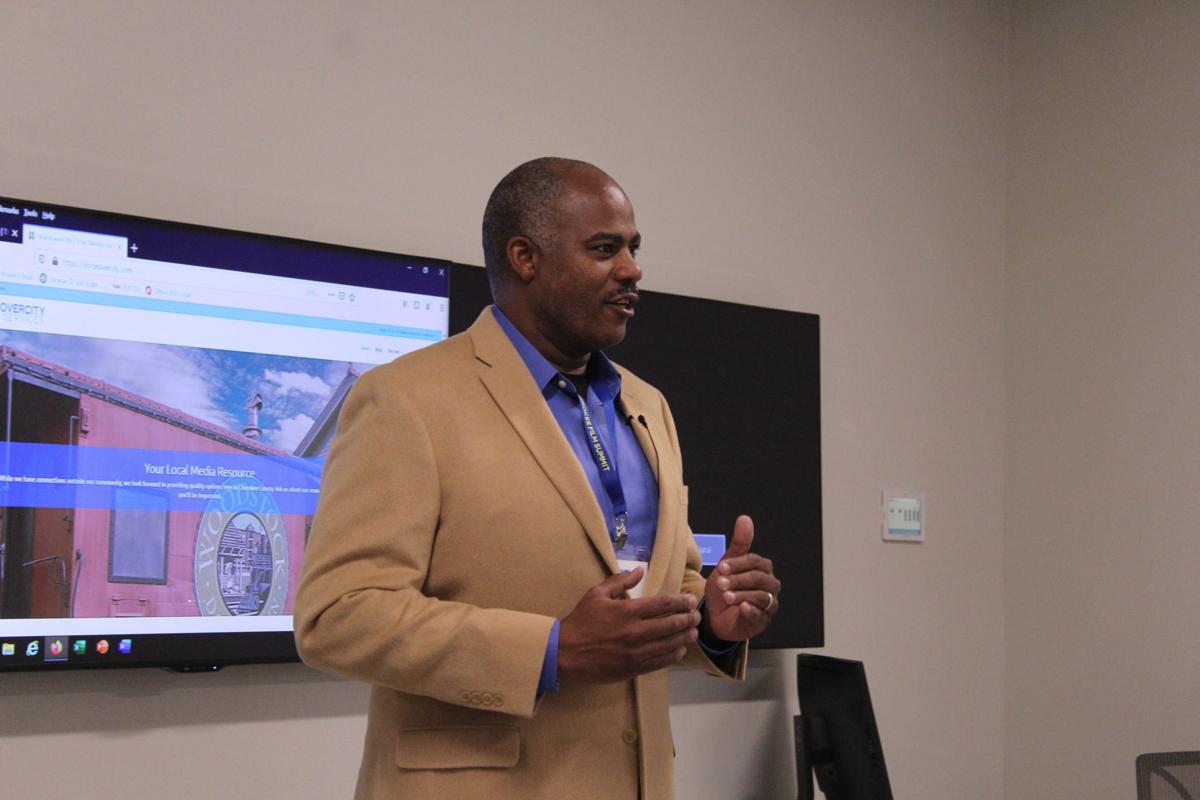 Gerald Griffith, president of Voiceovercity Media Services, gives a presentation on giving voice to your vision. 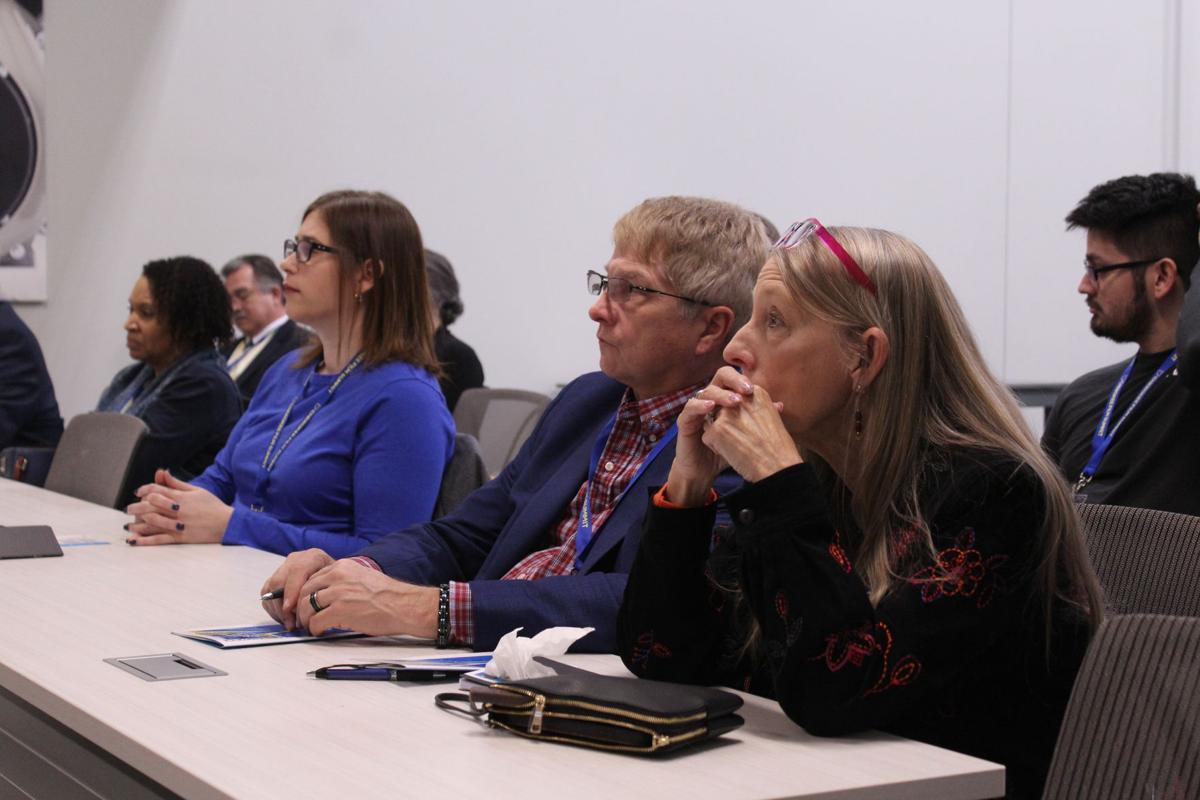 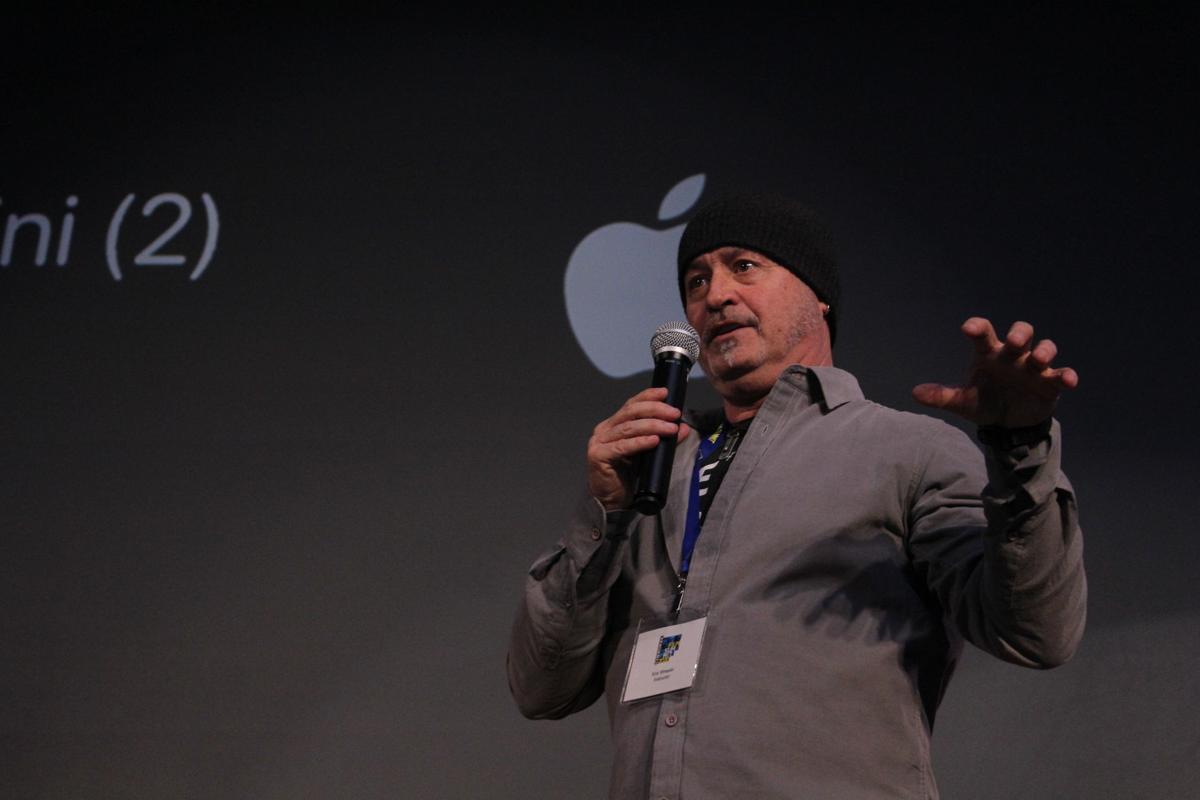 Documentary director Kris Wheeler shares a story behind one of his films. 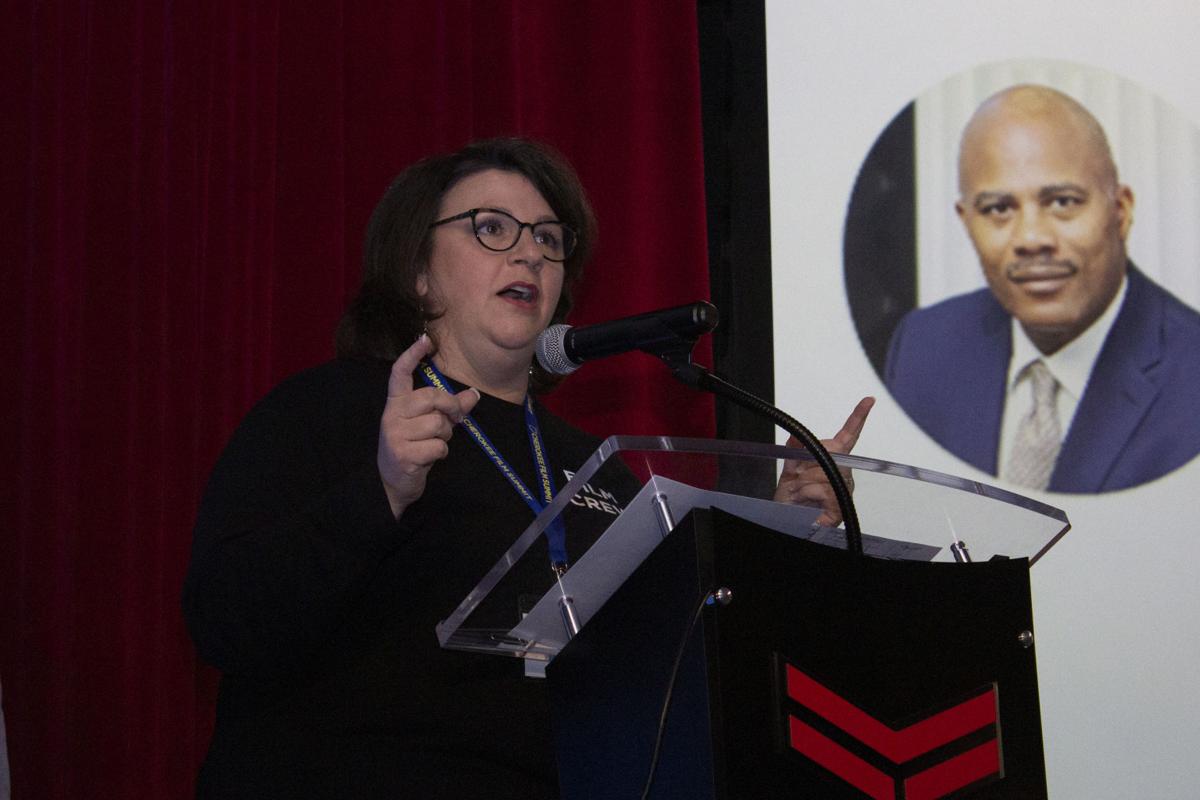 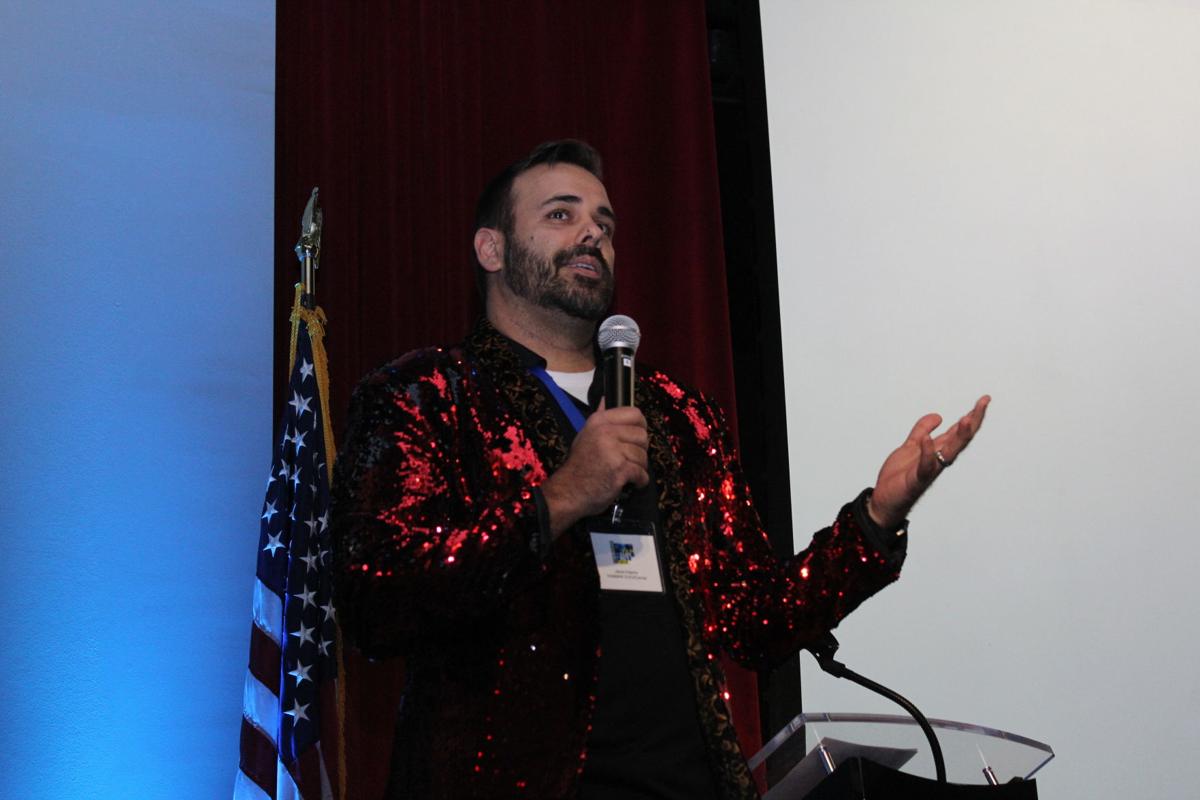 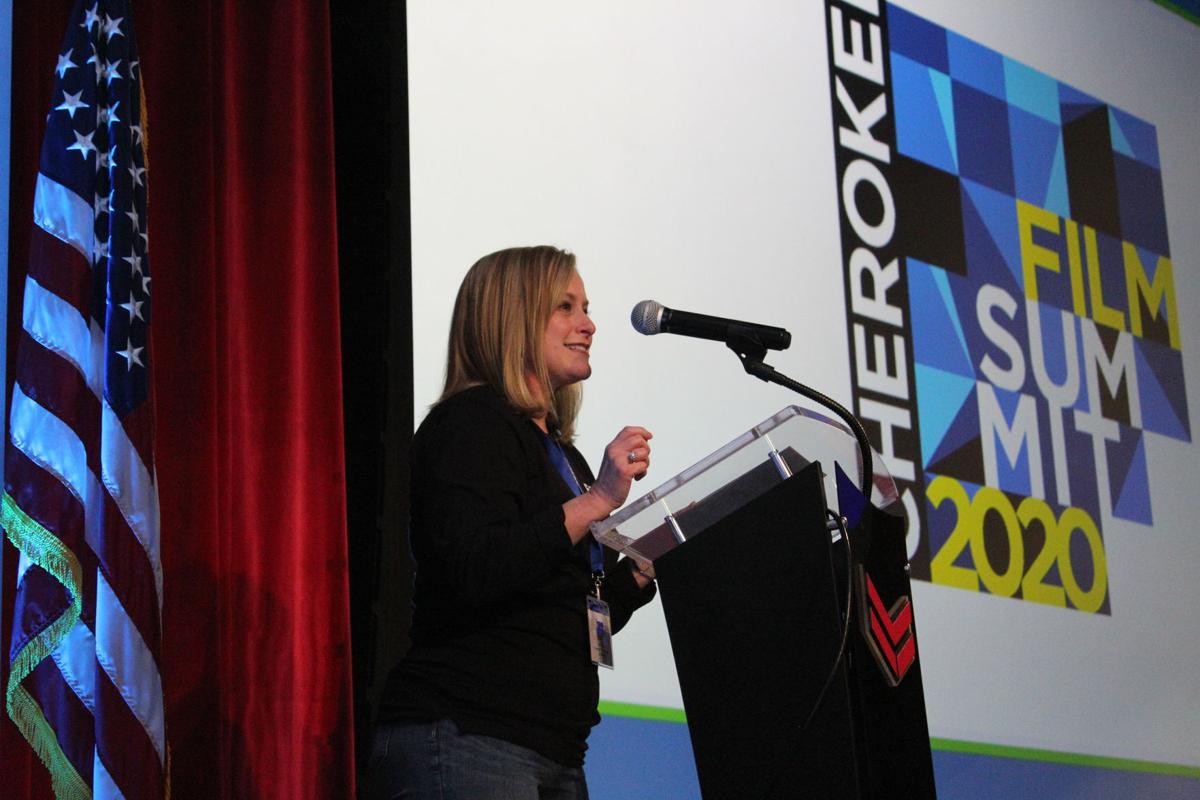 The Cherokee Film Summit was marked with informative breakout sessions from industry professionals and networking for film enthusiasts.

Greg Torre of the Georgia Office of Economic Development talks to Jim Nichols.

Greg Torre of the Georgia Office of Economic Development discusses the state’s film tax credit and the “film ready” program, which all of Georgia’s counties have implemented.

Gerald Griffith, president of Voiceovercity Media Services, gives a presentation on giving voice to your vision.

Documentary director Kris Wheeler shares a story behind one of his films.

ACWORTH — The 2020 Cherokee Film Summit drew a crowd Thursday to connect people in the county’s growing film industry at the Yanmar Evo Center.

The summit, hosted by the Cherokee Office of Economic Development, had about 350 attendees and offered workshops from various film professionals and opportunities for networking. The theme of the event was “Bringing Your Story into Focus.”

The day started with a student film summit for high-schoolers in Cherokee County School District. Audio visual technology and film career pathway students learned about things like acting, interviewing and screenwriting from industry professionals. 121 students and educators from each of the district high schools attended.

During the “Every Second Counts” breakout session, students collaborated within groups from multiple schools to produce a short, five second movie to showcase among their peers.

Representatives from the University of Georgia, Berry College, Chattahoochee Technical College, the Georgia Film Academy, and Reinhardt University were also at the student summit to provide guidance on pursuing a career in communications, film, and multimedia.

Canton resident Shannon Good attended a workshop from Mike Staples, film location coordinator for Georgia Power, because she and her husband own 15 acres in Woodstock and would like to host a film set.

“It’s great, very informative. I didn’t know about 90 percent of the stuff he told me. Who would have thought that Georgia Power would be so involved in sets?” she said. “It’s very exciting that we’re in the middle of little Hollywood here.”

Brent Lambert-Zaffino and Laine Kirby Wood, the directors of the Etowah Film Festival, said that last year’s summit led to them securing a key entry for their inaugural event. “Andrew’s Letter,” which was shot in Canton, was one of the festival’s most popular films, and they heard about it from COED at the summit.

“Because it’s hard to get above-line jobs in Georgia, for filmmakers that are writing, creating, producing, doing everything in Georgia, it’s really helpful to create an environment to meet each other and to help make more things,” Lambert-Zaffino said. “That was a film that got processed in Georgia, that’s how Georgia-centered it was, and it was beautiful.”

COED President Misti Martin said that Georgia’s film tax credit, as well as the “film ready” program have attracted a lot of new film-related business to the state. COED is the film-ready liason for Cherokee County.

COED also celebrated the projects that have helped put Cherokee County on the map. The county has been a site for works including television series “Ozark” and “The Outsider,” and movies “Noelle” and “Sextuplets,” as well as popular music videos and commercials.

“Cherokee is not just the backdrop for great film projects, but an incubator for talent,” said Molly Mercer, COED’s film project manager.

“Cherokee’s reputation for being a supportive community to filmmakers has not only earned the trust of large production teams like Dolly Parton’s ‘Heartstrings,’ HBO’s ‘The Outsider’ and Warner Brothers’ ‘Just Mercy,’ but has enabled our up-and-coming filmmakers the opportunity to inspire the next generation of film professionals through events such as the Cherokee Film Summit,” said COED Chairman Marshall Day in a statement.

For more information about the Cherokee Film Summit and COED, visit www.cherokeega.org.

Local veteran organizations, advocates and filmmakers are teaming up to host a homeless veterans benefit concert in Woodstock next month, conc…