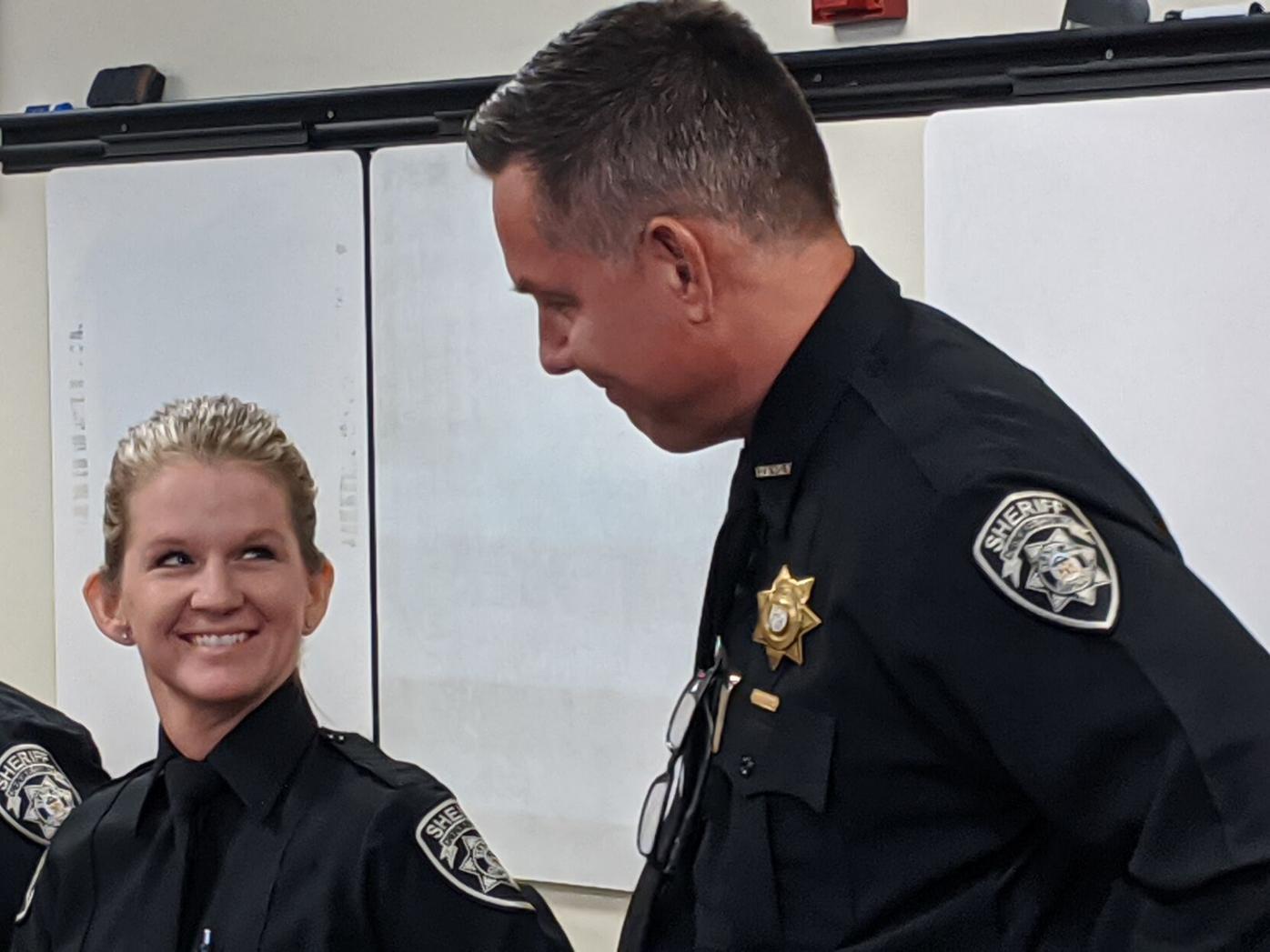 Deputy Kayleigh Shaw and Sheriff Frank Reynolds talk during the swearing in ceremony on Monday. 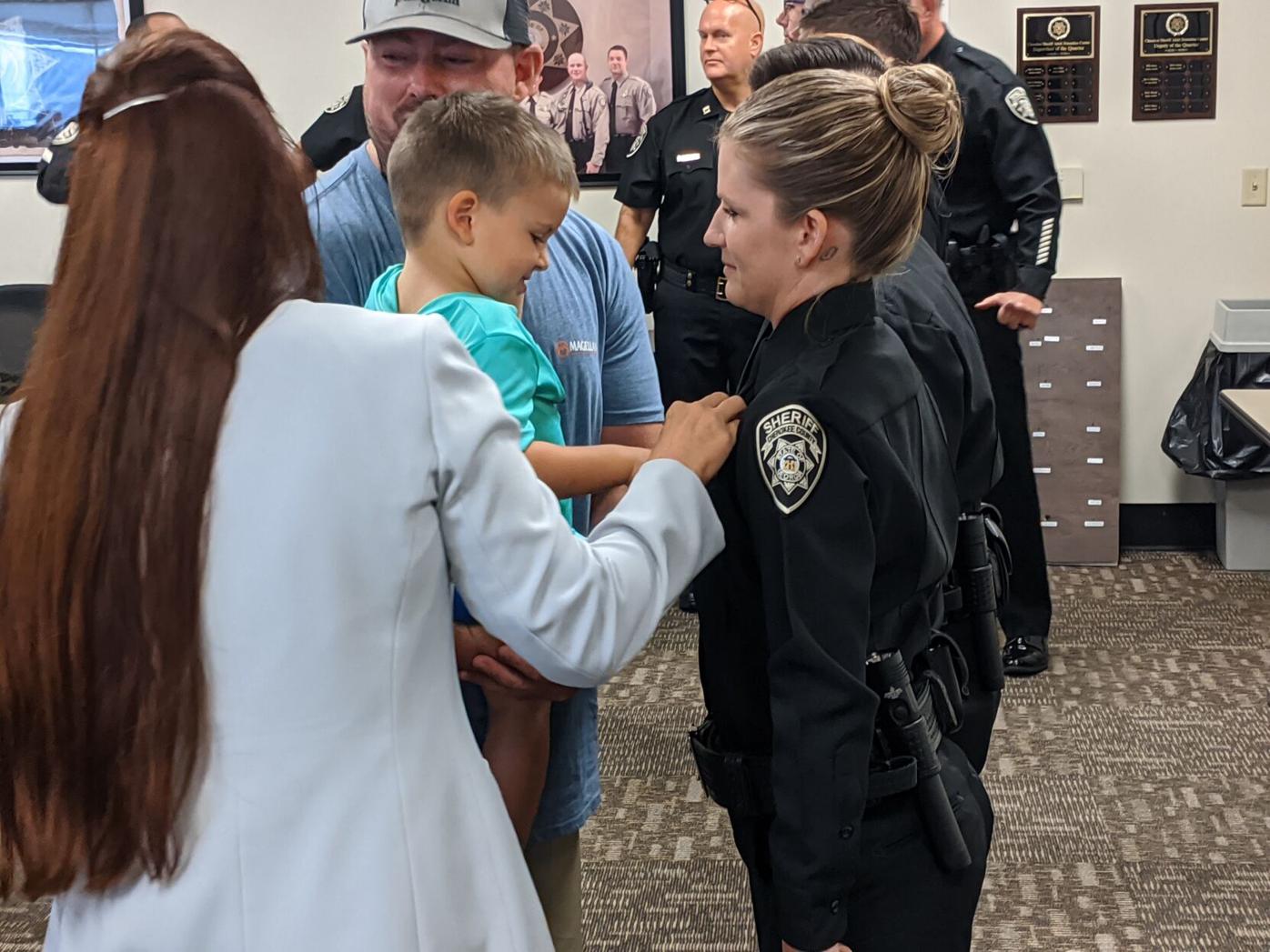 Kayleigh Shaw’s son Kohen looks at her new Cherokee Sheriff’s Office badge that was being pinned on her uniform by Tanya Smith, a former sheriff’s office employee and friend of Shaw’s late mother, Deputy Dana Shaw.

Deputy Kayleigh Shaw and Sheriff Frank Reynolds talk during the swearing in ceremony on Monday.

Kayleigh Shaw’s son Kohen looks at her new Cherokee Sheriff’s Office badge that was being pinned on her uniform by Tanya Smith, a former sheriff’s office employee and friend of Shaw’s late mother, Deputy Dana Shaw.

CANTON — For one of the six new deputies being sworn in to the Cherokee Sheriff’s Office on Monday, the occasion was somewhat bittersweet.

It was the same for Sheriff Frank Reynolds and his predecessor and former boss Roger Garrison, who stood to the side of the briefing room at CSO headquarters where the swearing-in ceremony was about to take place.

Kayleigh Shaw was just 10 years old when her mother, Cherokee County Deputy Dana Shaw was killed in a crash involving her patrol car on East Cherokee Drive in August, 1999.

“She was a dispatcher to begin with and always wanted to be a deputy. She did just a phenomenal job,” Garrison said, his voice breaking. “It was our first in-the-line-of-duty death during my administration. It was hard for Kayleigh and today she looks just like her mother.”

In fact, when Kayleigh Shaw took her oath as a deputy Monday, she was the same age — 31 — as her mother was when she was killed.

Reynolds worked with Dana Shaw and had trained her as she transitioned from working the radio to becoming a patrol deputy. Swearing in Kayleigh Shaw was an emotional moment for him.

“When (Kayleigh Shaw) came to see us, it felt right. She is in a good place where this is something she wanted to do. She has that burning desire to serve,” Reynolds said. “We’re lucky to have her.”

“She was my inspiration,” Kayleigh Shaw said of her mother, Monday after she was sworn in. “With everything going on in the world, one day I just said, ‘It’s now or never (to become a deputy).”