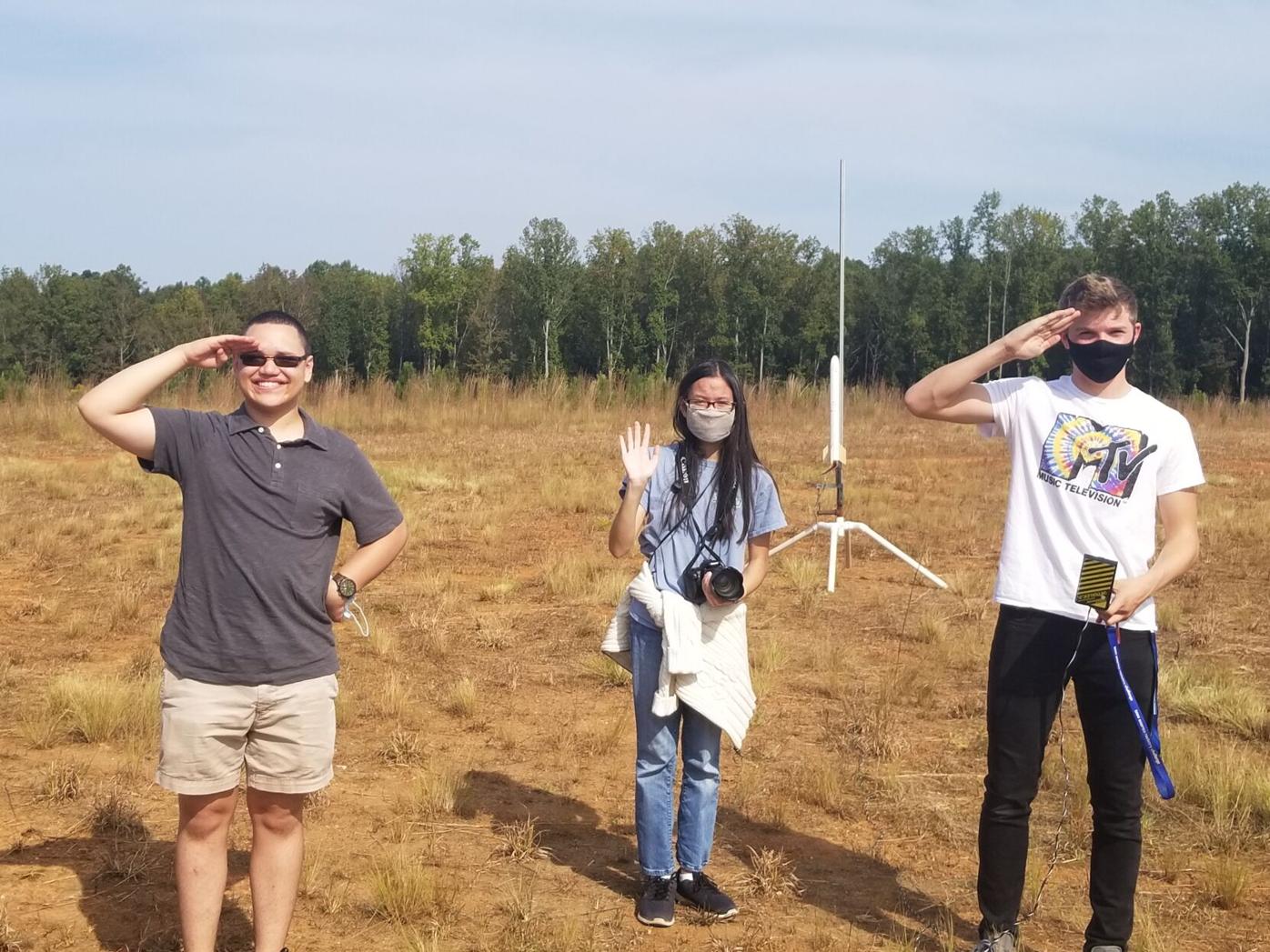 From left, Matthew Warren, Callista Herdt and Matthew Yates of Creekview Aeronautics’ Team 3 at a practice launch. The team is one of two to qualify for a national contest. 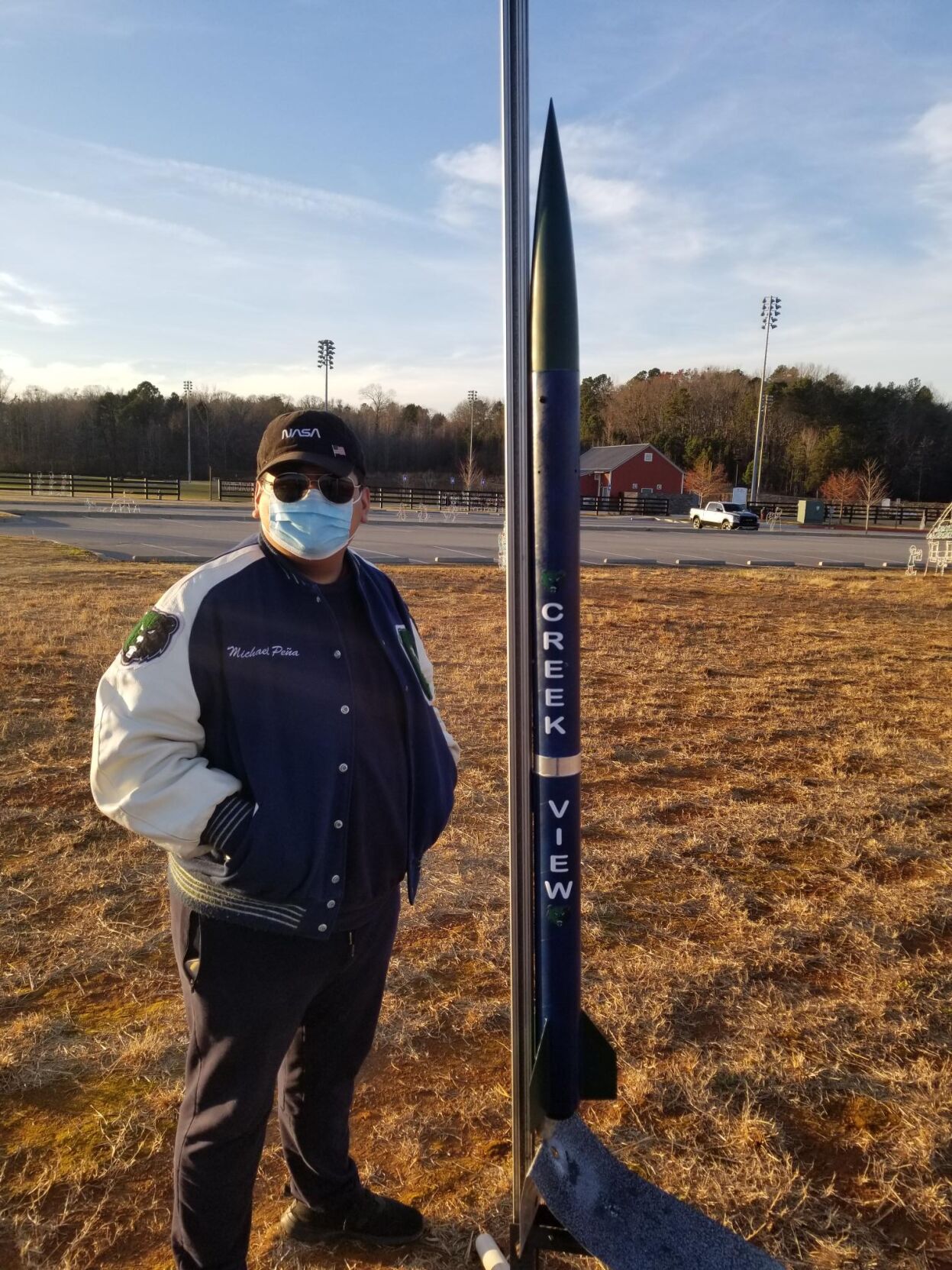 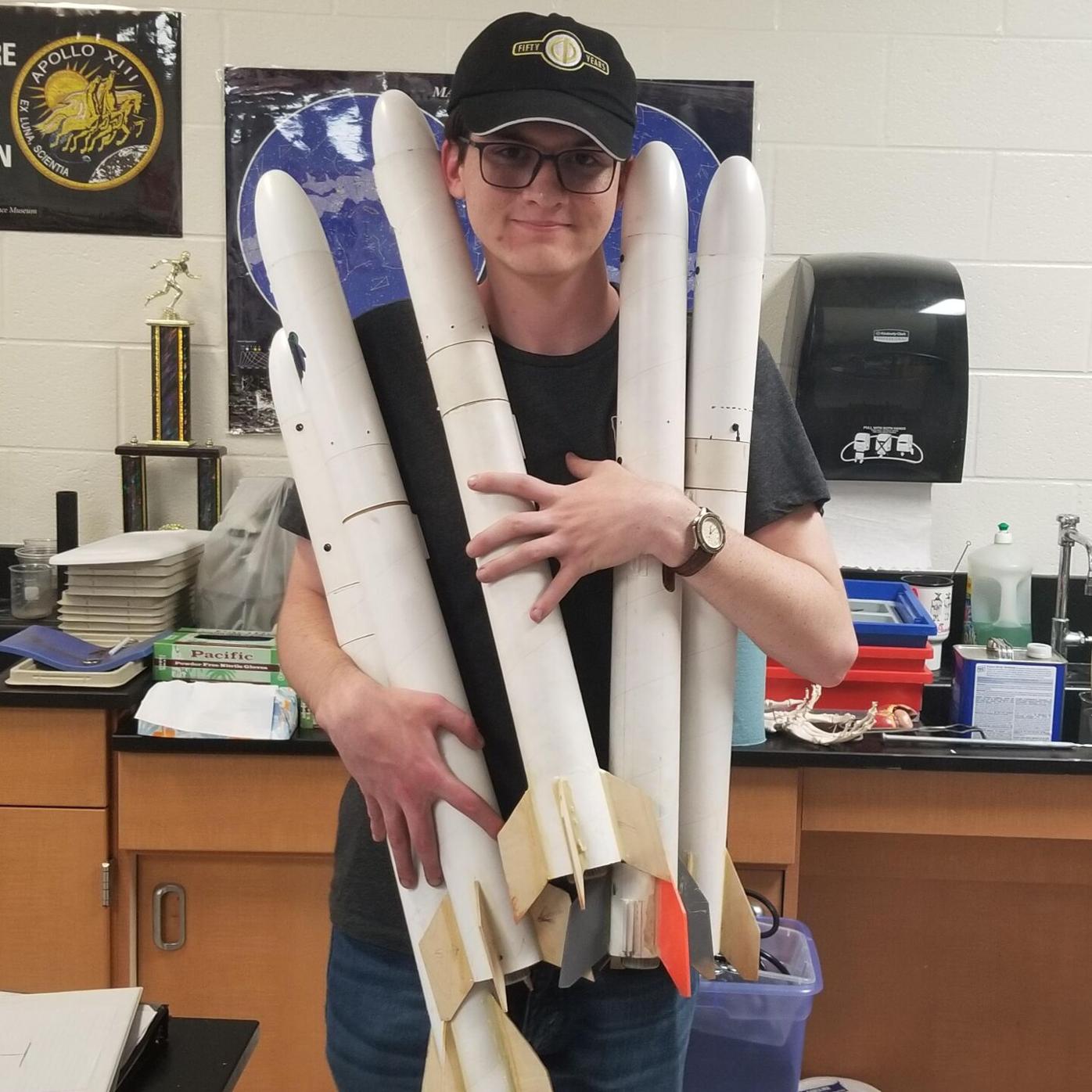 From left, Matthew Warren, Callista Herdt and Matthew Yates of Creekview Aeronautics’ Team 3 at a practice launch. The team is one of two to qualify for a national contest.

Two Creekview teams are among the 100 top rocketry teams in the country from a pool of 660-900 registered teams. Traditionally held in The Plains, Virginia, this year’s national flyoff will be split into 10 regional launches throughout the country to decrease travel and the number of teams in one location. The Creekview teams will travel to Birmingham for their final launches on June 12.

This year’s competition tasked teams of no more than 10 students with designing and building rockets within specific design limitations capable of carrying one egg as close to a target altitude of 800 feet as possible in a total flight time of 41-43 seconds. The deviation from 800 feet (as measured by an onboard barometric altimeter) and deviation from the flight time window (multiplied by four) and then totaled determines the score of each flight. Each team in the contest was able to submit the data from up to three official launches, totaling the two lowest scores. Teams had to score under a combined 37.06 for finals and the four teams scored 44.04, 22.78, 26.76, and 35.56 respectively.

Creekview is a 12-time national qualifier and a two-time national champion in TARC, in 2014 and 2018. The 2018 nationally-winning team went on to win the International Rocketry Challenge in Farnborough, England that summer. Most recently, in 2019 they placed two teams in the top five at nationals.

“This year provided substantial challenges in the design, build, and flight phases of our competitions. Planning, collaborating, and building in the unique atmosphere of 2020-2021 required a flexibility on the students’ part that was truly remarkable,” Creekview Aeronautics adviser Tim Smyrl said in a statement. “The students on all four of are to be commended for their perseverance and effort through the entirety of this school year.”