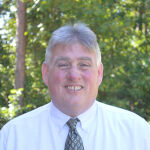 The Cherokee County Board of Commissioners approved a pair of motions at its most recent meeting, calling for a pair of public hearings to be held at its Dec. 15 meeting.

“We’re asking to set a public hearing for Dec. 15 for an amendment to Article XI, which is our sign and outdoor advertising section of the zoning ordinance to include some language about relocation and reconstruction of permitted outdoor signs,” Director of Planning and Zoning Jeff Watkins said of the first proposed hearing. “Currently, we don’t have anything in the ordinance that speaks to that, and we have several road projects going on around Cherokee County where we have signs that are impacted by the road widening project.”

Commission Chairman Harry Johnston asked, “It (the language being proposed) essentially says, they can move the sign, but they still have to meet all the code and requirements?”

“Currently, those facilities are allowed by right in the GC (general commercial) and the light industrial districts, with some additional restrictions as far as screening and landscaping any outdoor storage areas,” Chapman said. “This proposal that we’re calling for a public hearing for would only affect the GC portion of that. It would still be allowed by right in LI. It would take it though from being a restricted by right use in GC and move that to being a special use in GC and thereby triggering all of the special use review requirements as far as application, public hearing before the planning commission and things of that nature.”

None of the commissioners saw any problems with holding either hearing, and motions to call for them passed with a unanimous vote.

The board of commissioners also handled the following items:

♦ The consent agenda, which included the final acceptance of all public rights-of-way, roadways and drainage structures in the Grand Oaks Phase 2 subdivision and the Centennial Lakes POD 21 Phases 1 and 2 subdivision, the acceptance of a $7,000 donation from Amicalola EMC for the fire department’s Fire Explorer program and a budget amendment to reflect this donation, the donation of a surplus 1989 GMC truck to Pickens County and a request for the designation of private streets in the Cooks Farm subdivision, was approved.

♦ Grant-funded stipend pay of $500 to eligible Property Management employees who assisted with the set-up and take down of elections equipment on Election Day was approved.

♦ An intergovernmental agreement between the county, the Cherokee Sheriff’s Office and the City of Woodstock for the use of the PremierOne Mobile Dispatch Clients and PremierOne Mobile Records Clients was approved.

♦ The board approved an amendment to the agreement with VHB, Inc. to complete and submit a concept report approved by the Georgia Department of Transportation for the Ball Ground bypass scoping phase project in the amount of $25,180.

♦ An underground utility easement was granted to Georgia Power to provide electrical service to a proposed Cherokee County Water and Sewerage Authority lift station at the Belmont Hills subdivision.

♦ An amendment to contracts for Senior Services in the amount of $63,266.20, a related budget amendment of $56,940 and changing a part-time position in the agency to a full-time one was approved.

♦ The commissioners approved the Public Safety Netmotion renewal, migrating it to Netmotion’s COMPLETE Platform Full program to the lowest bidder, Insight, in the amount of $27,760.

♦ During the announcements portion of the meeting, Johnston reminded everyone that the online input window for the Southwest Cherokee Area Parks and Trails Plan remains open until the second week in December, encouraging everyone, including those who live and/or work in that part of the county, to participate and share their thoughts.

CANTON — A large, enthusiastic crowd gathered Friday for a rally where Vice President Mike Pence urged attendees to help turn out the vote for…

School board asks for recommendation on mask mandate

With coronavirus infections rising in Cherokee County, school board members on Thursday night asked Superintendent Brian Hightower to come up …

Internet capabilities throughout parts of Ball Ground could soon be seeing additional improvement, as a local provider is looking at installin…