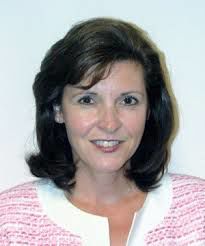 Before the Woodstock City Council approved the recent Inline Communities rezoning and annexation request, county officials offered the developers a similar deal if they would forego annexation, court records show.

The annexation and rezoning, which was for three parcels with a combined 148 acres, including land where Inline plans to build a conservation subdivision, is the subject of a lawsuit filed by Cherokee County. Woodstock filed a response last week to the lawsuit, which rebuts claims that the city violated state law in the Inline annexation.

Included in the response is an email from county attorney Angela Davis to the attorney representing Inline, Parks Huff. In the message, dated May 29, Davis says that if Inline withdrew its annexation application, the county could initiate a rezoning and approve the developers’ plan of up to 242 homes, the same number that was ultimately approved by the city council. In exchange, she would create a settlement agreement for board members to approve, agreeing to not sue them or the city.

“We would propose that the County would initiate a rezoning, which means that the matter would come directly before the Board of Commissioners and would be subject to posting and a public hearing. We could prepare a settlement agreement for approval by the Board at its meeting on June 3rd, which would result in the County agreeing not to sue the Developer and the City over the annexation and the Developer agreeing to withdraw its annexation/rezoning application if the County rezoned the property according to the specific plan with a cap of 242 lots,” Davis wrote in the letter.

In a county-initiated rezoning, there is a public hearing and review by the commissioners, but the case is not heard by the county planning commission beforehand.

The developers did not accept the arrangement, and the city approved the annexation on second reading June 10. Two days later, the county filed the suit challenging the annexation.

In the suit, the county alleges that that the land parcels involved fail to meet state contiguity requirements, and the land cannot be annexed because “no occupiable structure” can be built on one of the smaller parcels, owned by Greater North Georgia Charities. It also argues that the city cannot legally annex portions of tax parcels, as the Inline case does, and that the city violated state law by giving multiple descriptions of the properties in its notice to the county.

The lawsuit goes on to claim the annexation and rezoning will cause “irreparable injury to Cherokee County with respect to an unlawful change in the County’s jurisdictional boundaries, an erosion of the County’s unincorporated tax base, risks to public health and safety, an imminent destruction of natural resources on the Subject Property, as well as the clearing, grading and construction on property that will be in violation of the County’s zoning and development regulations and future land use plan.”

Davis confirmed that the message was sent to Huff and later provided to the city.

“With respect to why the County would have been discussing a county ‘initiated’ rezoning with the Developer, the County was extremely interested in trying to maintain this development within unincorporated Cherokee County so that it could have the ability to shape and enforce the zoning and conditions associated with the development of the Property after soliciting, receiving, and considering public comment by the citizens of the County, which is a part of the process of any county initiated rezoning,” Davis said in an email to the Tribune on Thursday, adding that the county wanted to protect adjacent properties from annexation.

Woodstock city attorney Jeff Moon said it was frustrating that the county offered the Inline developers the same density for their site, after county officials previously cited density as an issue.

“It’s hypocritical. This is honestly what people hate about government. You say one thing in public and do something else behind the back. Here it is exactly,” he said. “It’s very frustrating.”

A court injunction prevents the annexation from going into effect while the litigation is pending. A hearing is scheduled for 9 a.m. Oct. 8 in Courtroom 2A at the Cherokee County Courthouse.

Cherokee County is appealing the decision in its recent lawsuit against the city of Woodstock over an annexation.

Cherokee County, the city of Woodstock and landowners involved in a contentious annexation case will have to wait another month before hearing…