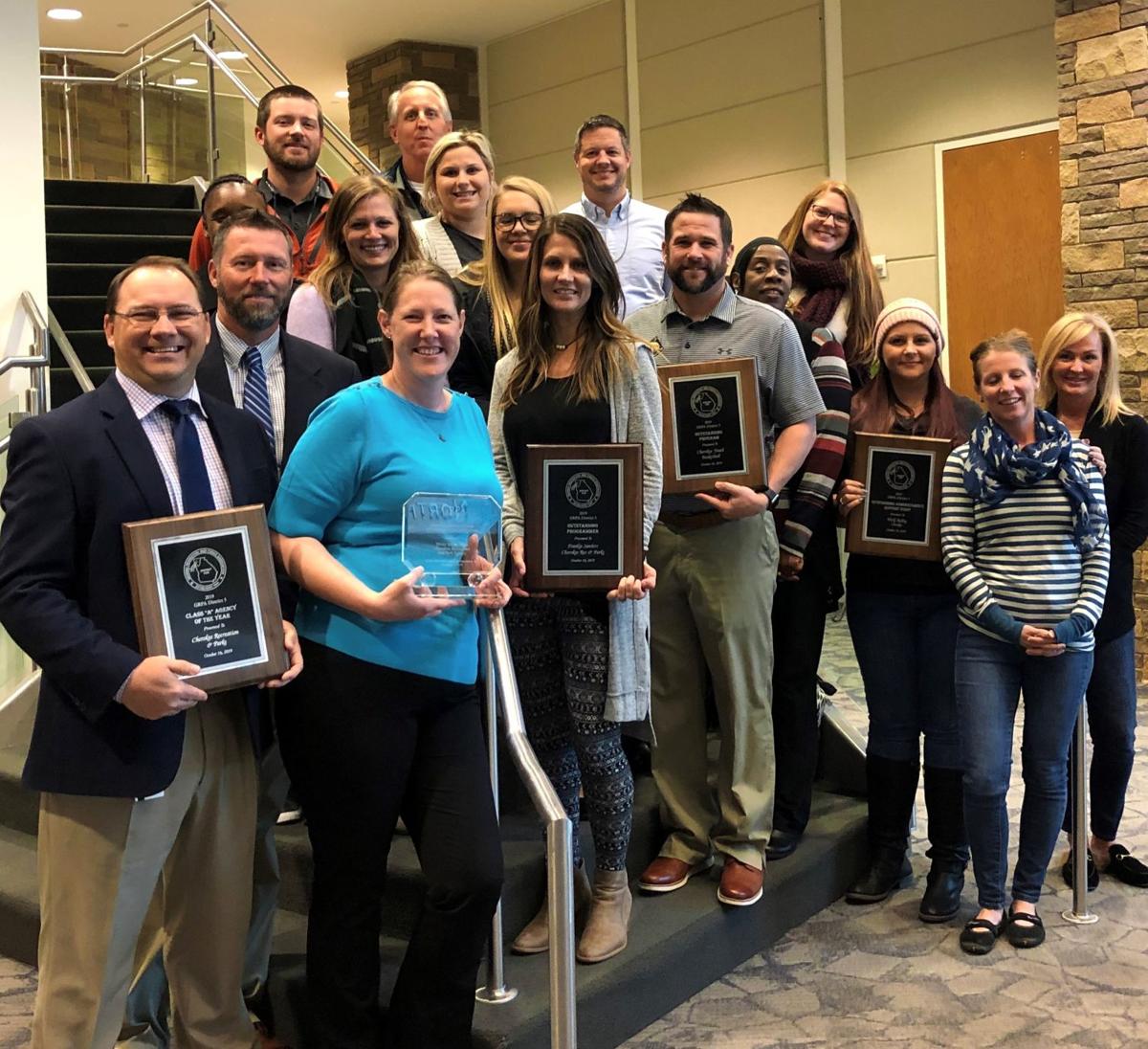 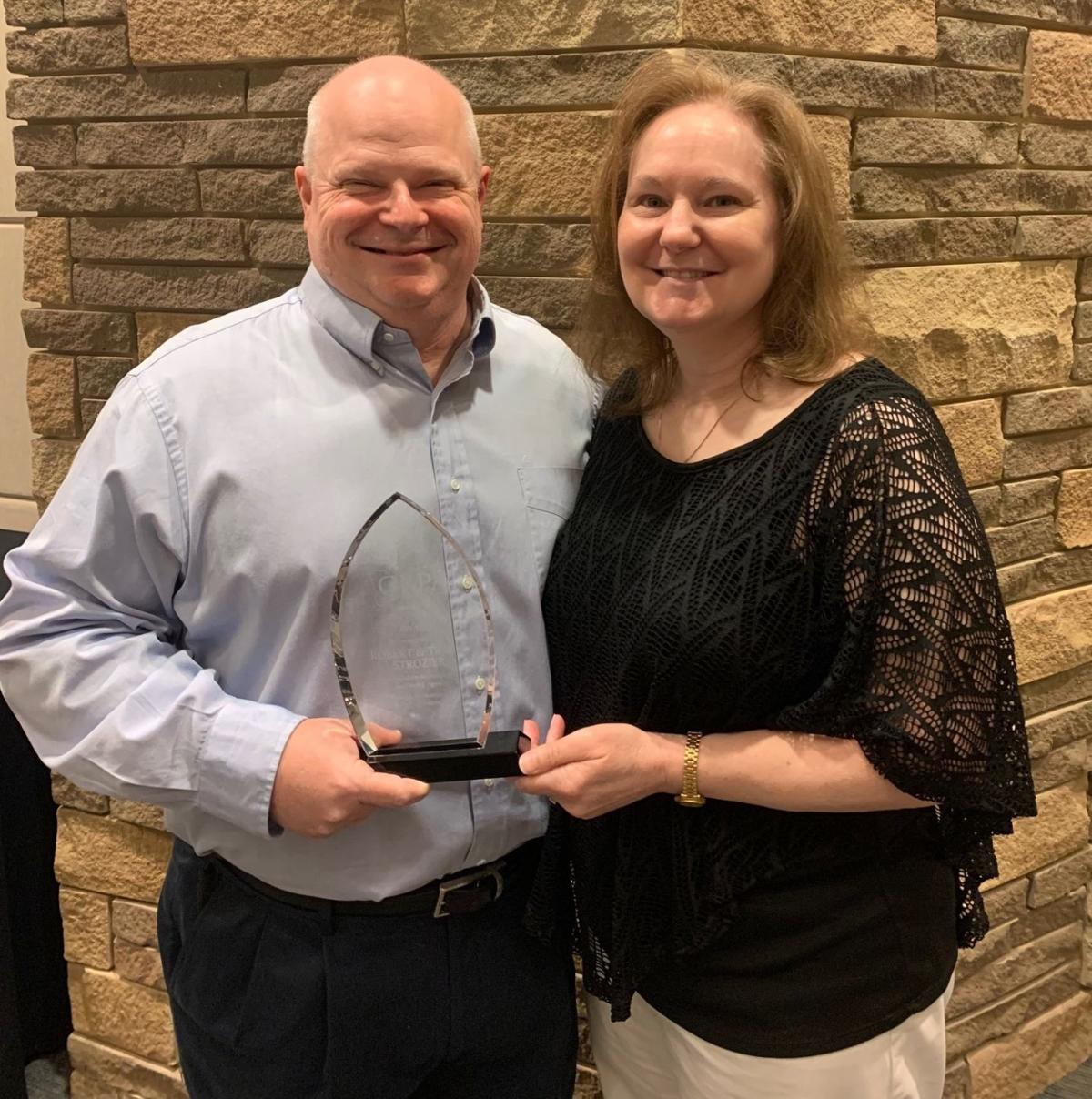 Robert, left, and Tracie Strozier were honored at last week's board of commissioners meeting, being recognized for their recently being named Georgia Recreation and Parks Association Volunteers of the Year. 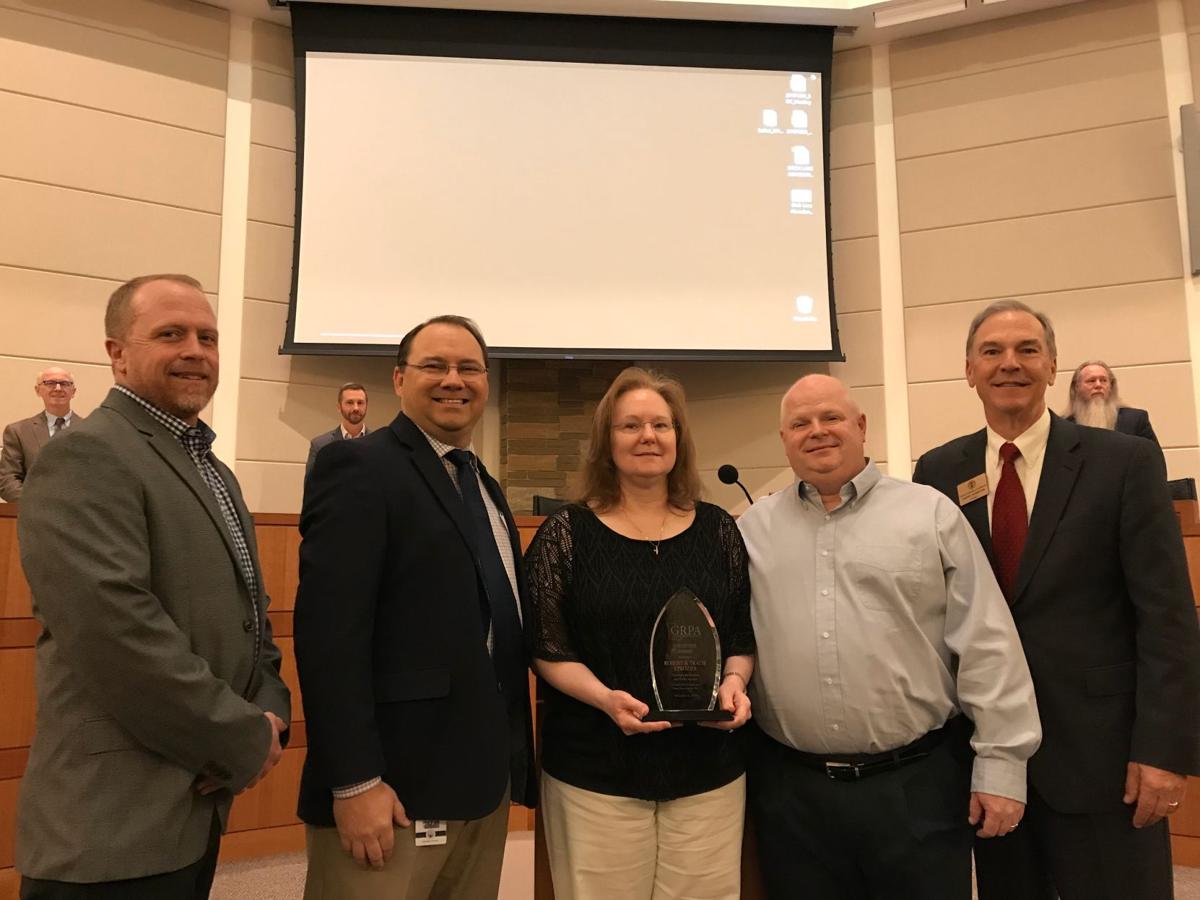 Robert, left, and Tracie Strozier were honored at last week's board of commissioners meeting, being recognized for their recently being named Georgia Recreation and Parks Association Volunteers of the Year.

A number of county employees and volunteers working with the county received special recognition at last week’s Cherokee County Board of Commissioners meeting.

Commission Chairman Harry Johnston thanked those in misdemeanor probations for their hard work, saying how the job they do is almost always thankless. Johnston also said that, since the handling of misdemeanor probations has been taken over by the marshal’s office in May, the county has heard very few, if any, complaints about how the process is being handled.

Following the presentation from Hunton, Bryan Reynolds, who served as the director for the Cherokee Recreation and Parks Agency before recently being promoted to the position of Community Services Agency director, celebrated several awards CRPA recently received from the Georgia Recreation and Parks Association.

With more than 4,000 players and 800 coaches involved each season, supported by 25 volunteers and 60 part-time employees organizing and supervising practices and games in up to 30 gyms throughout the county, GRPA recognized Cherokee Youth Basketball as its District 5 Most Outstanding Program. Water Safety Week at the Cherokee County Aquatic Center, teaching participants many ways to be safe when around water and reinforcing the message of “Reach, Throw, Don’t Go,” was named GRPA State Aquatics Outstanding Special Event. Vicki Kelley, the customer service and marketing coordinator at the aquatic center was honored as GRPA District 5 Outstanding Administrative Support Staff, while Recreation Programs Division Director Frankie Sanders was named GRPA District 5 Outstanding Programmer. The final award mentioned during the council’s work session was the Cherokee Recreation and Parks Agency being recognized as the GRPA District 5 Class A Agency of the Year. Reynolds said this was the sixth time overall that CRPA had won this distinction, and the third time since 2013. He added that an agency can win the award only once every three years, meaning that since 2013, CRPA had won this award every year it was eligible to do so.

While the council was in its regular business meeting later Tuesday afternoon, Reynolds recognized a pair of individuals with one final award, joined in the presentation by Georgia Recreation and Parks Association Executive Director Steve Card. Reynolds and Card honored Robert and Tracie Strozier with the GRPA Volunteers of the Year Award for their hard work and dedication, having given more than 16 years of service to the North Metro Miracle League of Cherokee County. Robert served as the league’s commissioner for a number of years, as well as serving four years on the Cherokee Recreation and Parks Advisory Board, while Tracie was the force behind the scenes, according to Reynolds and Card. Through their efforts, the league has grown substantially, and Freedom Field in Patriots Park, the first adaptive use field in Cherokee County, has been opened for use by the league.

“They led an organization whose mission is to bring joy to a group of athletes that have not always had the same opportunities as others, tirelessly seeking out buddies to help with game days, registering athletes from two to 50 years old and growing the league by more than threefold,” Card said. “Even when Robert and Tracie experienced health issues and problems of their own, including dealing with sick family members, they were always there for their ‘Miracle League Kids’ through some of their toughest times, and were there for families and kids when those families went through some of their tough times.”

Board of commissioners act on number of hearings, zoning cases

The Cherokee County Board of Commissioners was busy Tuesday night, holding public hearings and taking action on a handful of zoning cases duri…

The Cherokee Recreation and Parks Advisory Board heard the latest update on the agency’s master plan at its most recent meeting last week.

Board of commissioners reviews changes to conservation communities plan