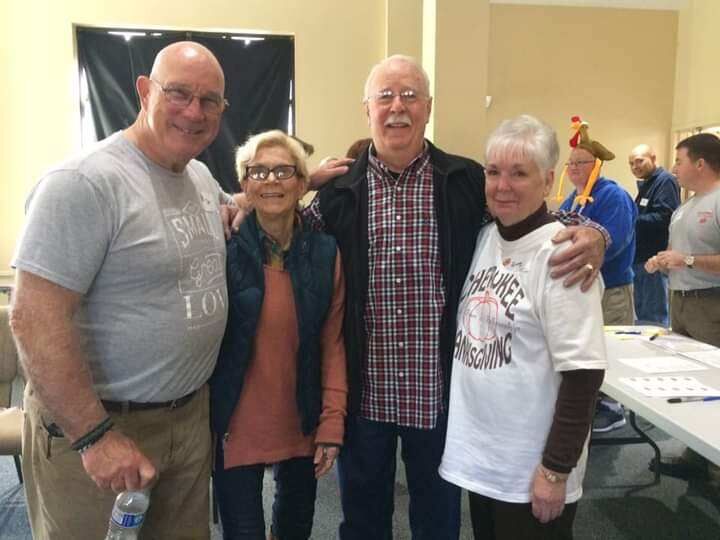 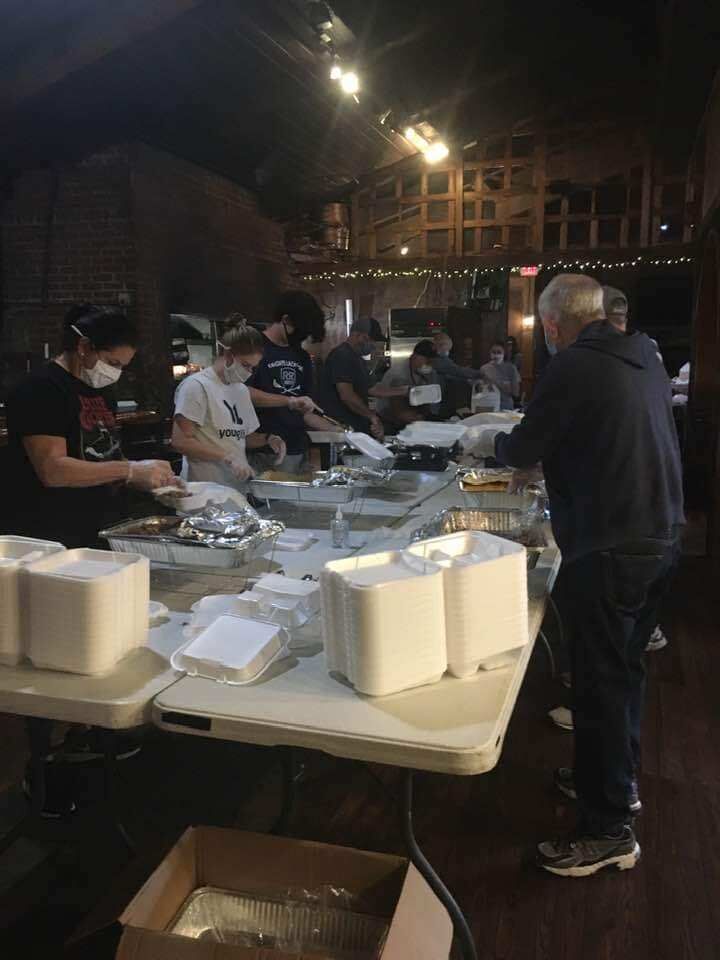 Volunteers put Thanksgiving meals together for those win need. Pictured above are volunteers from last year. 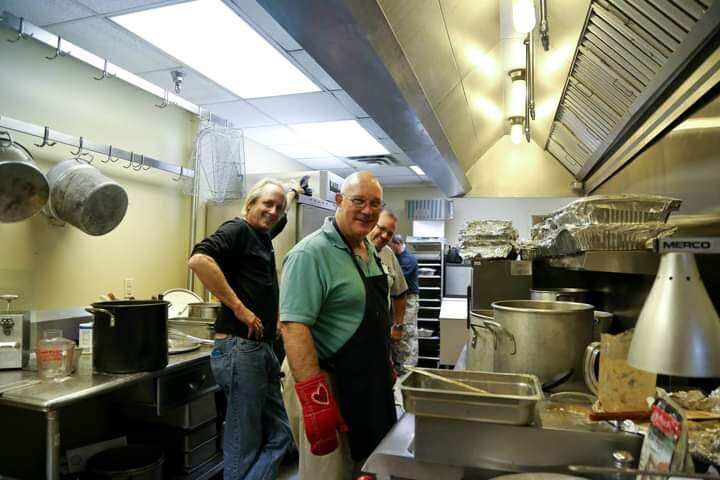 Volunteers Marque Cooper and Don Towers in the kitchen at a previous Cherokee Thanksgiving.

Volunteers put Thanksgiving meals together for those win need. Pictured above are volunteers from last year.

Volunteers Marque Cooper and Don Towers in the kitchen at a previous Cherokee Thanksgiving.

The annual Cherokee Thanksgiving in Canton will return Thanksgiving Day to Williamson Brothers BBQ, and is expected to provide about 2,600 meals to those in need.

This year’s meals will consist of turkey, dressing, gravy, green beans, rolls and desserts, said, Cheryl Mosley, coordinator of Cherokee Thanksgiving for the last 15 years. Last year the annual meal preparation event was altered due to COVID-19. Last year, turkey was taken off the menu, instead going with barbecue pulled pork and mac and cheese.

“I am blessed to have a great group of key volunteers that pull the pieces of this puzzle together, and a huge team of folks that join in starting the week of Thanksgiving,” Mosley said. “Planning, organizing, and fundraising starts earlier each year, and the past two years have been the most challenging.”

Cherokee Thanksgiving partnered with Williamson Brothers BBQ in Canton last year because of the pandemic, and opted to partner with the restaurant again this year.

“Last year the dynamics of Cherokee Thanksgiving changed completely,” she said. “Canton First United Methodist Church, where we had hosted the event in previous years, was not available due to COVID-19. For the two years prior, Williamson Brothers had assisted with baking the dressing and smoking the turkeys for us, and they graciously offered to prepare a barbecue meal last year.”

A majority of the meals will be delivered, but pick up is also available, Mosley said. The meals are for anyone who needs one, or for anyone who may not be able to find the time to prepare a Thanksgiving dinner. Local emergency service personnel, as well as area hospital emergency staff, also receive dinners. Meals are prepared by volunteers from both Cherokee and Pickens counties.

Cherokee Thanksgiving began in 1992 by county residents Don and Lila Stevens. According to a flyer, the annual event has grown from preparing a few hundred meals to over 2,500. Don Stevens died in January. Mosley said it will be a challenge to do Cherokee Thanksgiving without him.

“Difficult does not even begin to describe how it has been this year planning Cherokee Thanksgiving without my friend Don Stevens to talk to me and reassure me when I am feeling uncertain and anxious,” she said. “He was just a phone call away and always had a funny joke or story to share that would make whatever I was worried about seem not so important. I miss that support very much.”

The event is also dedicated to the memory of Don Towers, who died Aug. 19 and regularly volunteered at Cherokee Thanksgiving.

“Don Towers was almost always one of the first people there on Thanksgiving morning, smiling and giving big bear hugs,” Mosley said. “He and his wife Ginny are long-time volunteers.”

Mosley said Towers was the “Green Bean Man,” making sure all of those nearly 200 gallon cans were opened and on the stove.

“As long as he had something cold to drink he rarely left the kitchen all morning.” she said. “I cherish the opportunity to have known and been able to work beside them over the years at Cherokee Thanksgiving. They will be missed by all of us in our Cherokee Thanksgiving family.”

A constant presence in the Canton First United Methodist community has died, but those close to him say that he will be remembered for his dev…