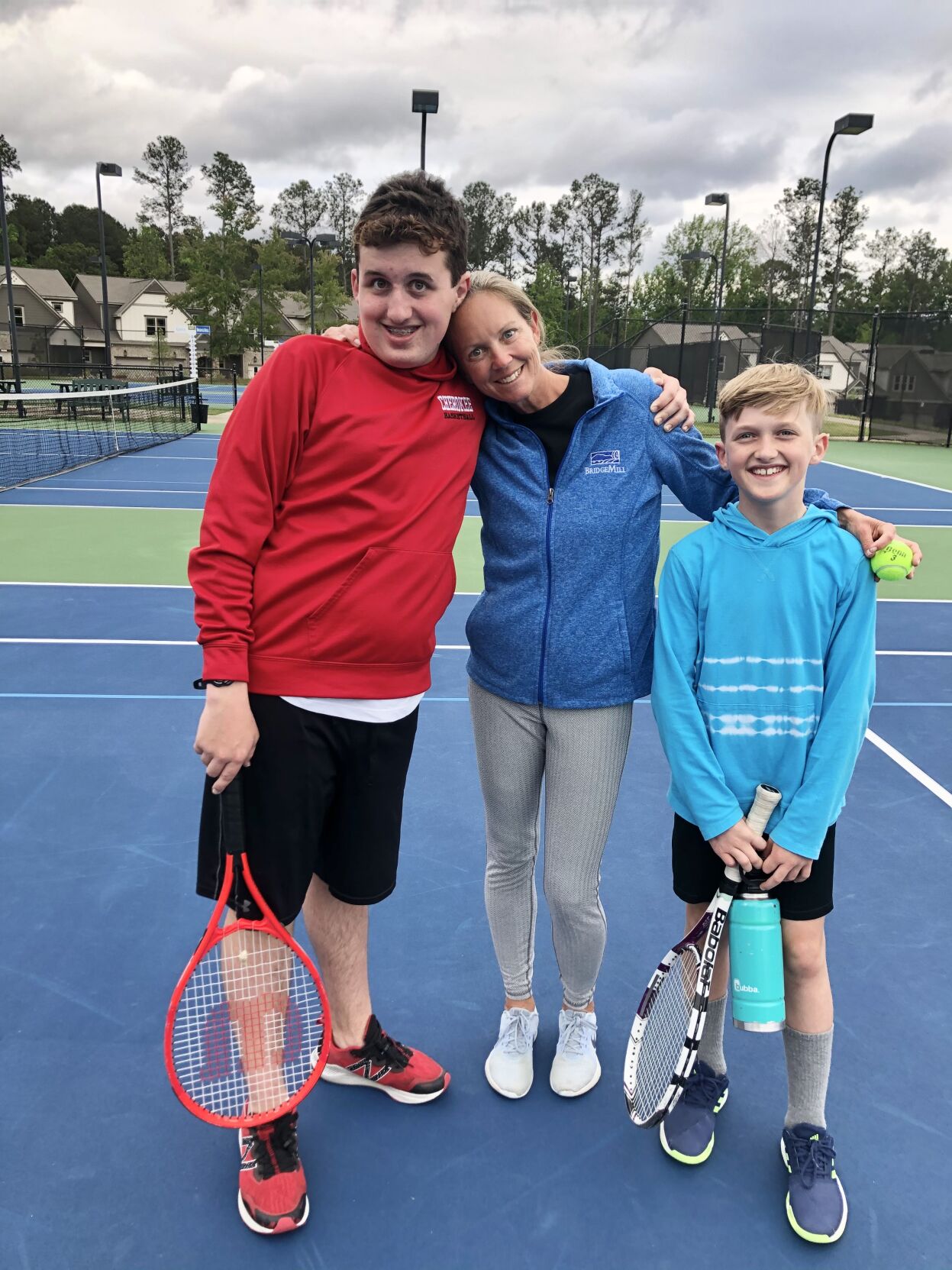 Brody Wright, left, and his brother Declan Wright with Jen Pourchier, coach of the Reinhardt men's and women's tennis teams, and pro at the BridgeMill Excel Academy. 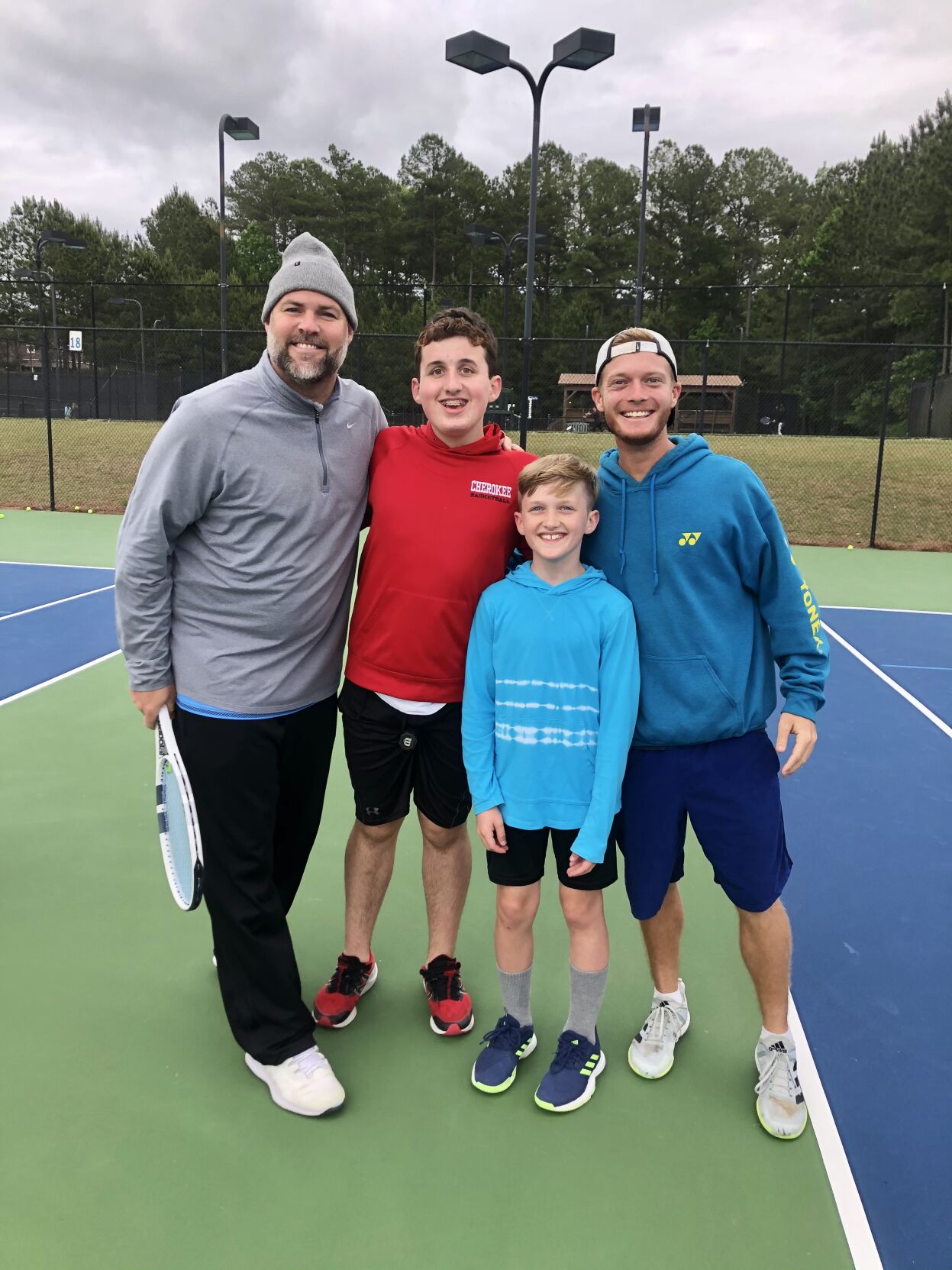 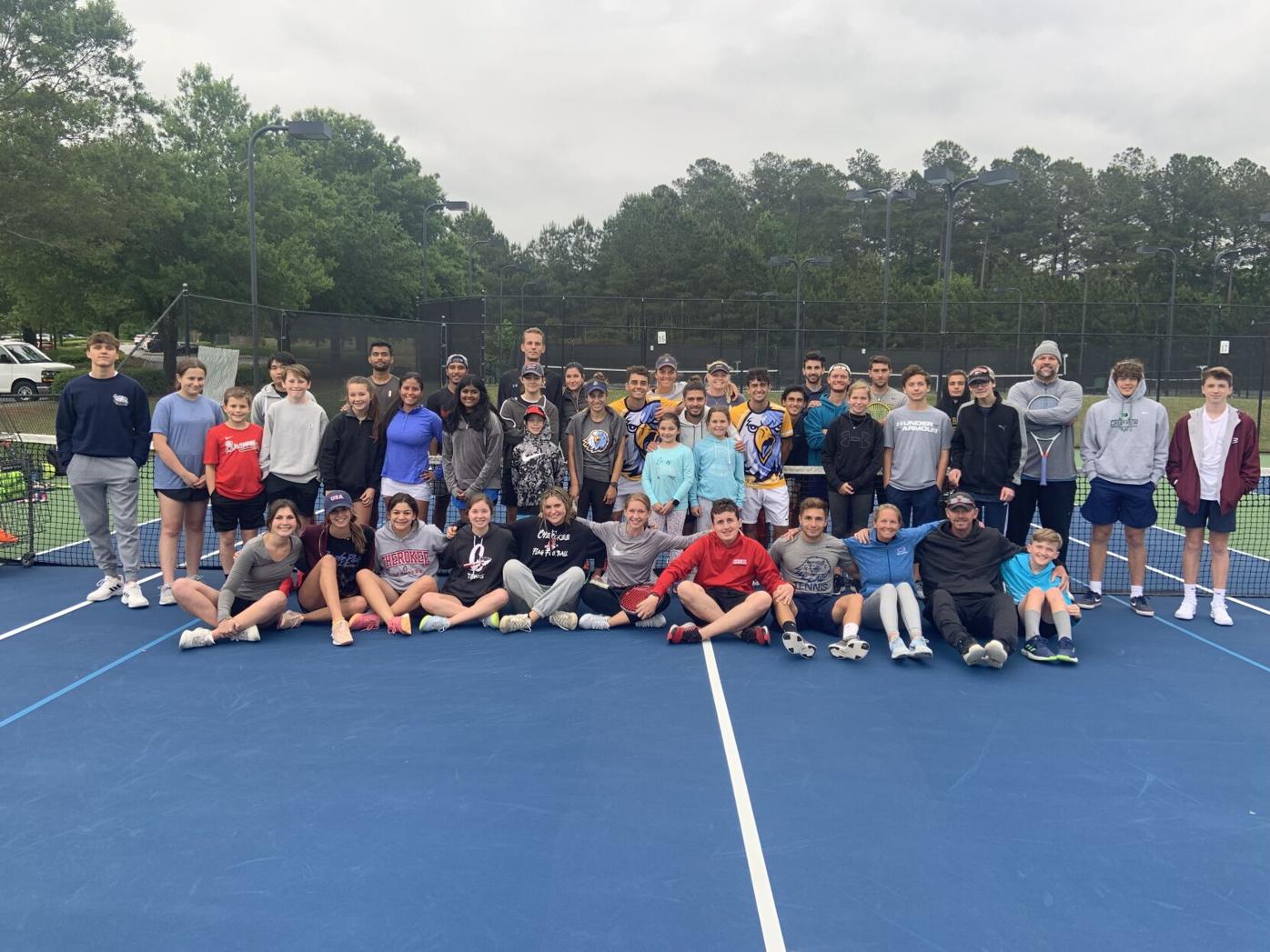 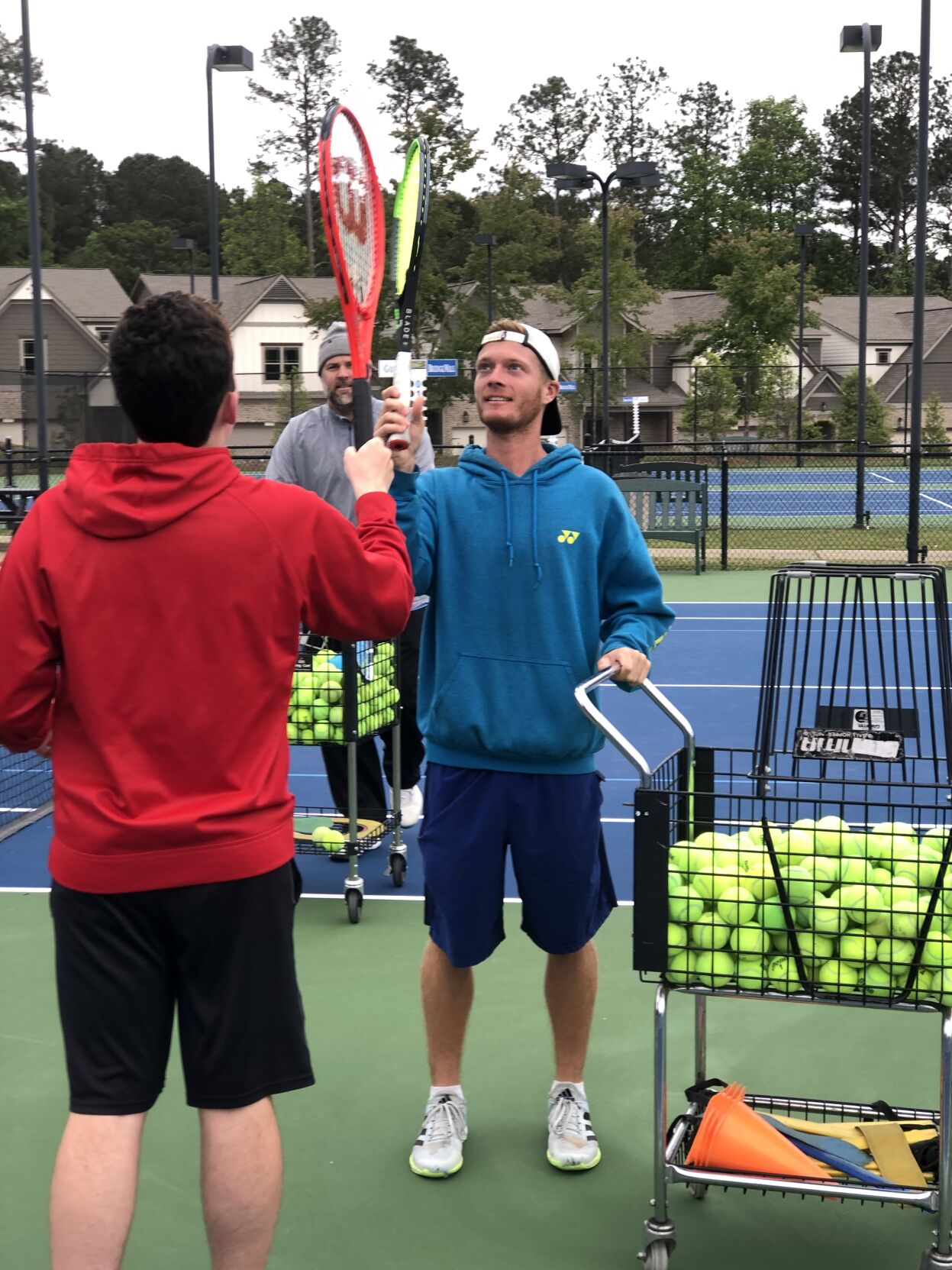 Brody Wright, left, and his brother Declan Wright with Jen Pourchier, coach of the Reinhardt men's and women's tennis teams, and pro at the BridgeMill Excel Academy.

The cancellation of the state Special Olympics last year and this year meant missed opportunities to play sports for kids like 17-year-old Brody Wright, who was diagnosed with autism in elementary school.

Brody Wright, a junior at Cherokee High School, participated in both soccer and basketball at the spring and winter Special Olympics respectively. Since those events were canceled, he was able to find another way to stay involved in sports.

In January, Wright was invited to participate in practices with tennis players at the BridgeMill Excel Academy. The teen is no stranger to tennis as his family has a long history in the sport. He does, however, have little experience playing tennis with others, his mother, Amy Wright said.

“We are a tennis family,” she said. “Brody has grown up on the tennis court because both my husband and I played, and Brody’s two younger siblings play. He also hits balls with his dad often and has learned quite a bit about the game. He’s no rookie.”

Amy Wright said that his little brother Declan Wright suggested to her one day that his older brother join in on practices. She asked Jen Pourchier, the Reinhardt men’s and women’s tennis coach and pro at BridgeMill Excel Academy, if her son could join in on practices earlier this year.

Pourchier said Amy Wright’s two youngest kids are in her academy, and when she was asked if Brody Wright could attend a practice, she “absolutely.”

“Brody joined us in January and has visited us consistently since,” she said. “Everyone welcomes him with open arms because we love and enjoy his presence. He’s a great listener and hard worker.”

The teen’s mom said he felt like he was a part of something again the first day he went to a practice.

“He loves sports and grew up playing with teams,” she said. “Due to COVID however, the Special Olympics were canceled, so there weren’t any practices. It just broke my heart.”

Since Brody Wright joined the team’s practices, he’s participated in drills, workouts, and even started participating in exercises and matches with the athletes.

“Everybody is getting something out of this experience,” Amy Wright said. “He is having a great time participating in the drills at practices and helping the players work on their strokes. He also loves to participate in a game they play called ‘king of the court,’ where players will play out a point until there is a winner.”

James Cagle, tennis coach, said that he loves coaching all the kids that come to the academy, but when he sees “The Dragon Warrior,” a nickname given to him by his peers, he knows it will be a fun day watching Brody interact with the other athletes during practice and games.

Amy Wright said her son performs well in “king of the court” and other games due to his focus, experience, and drive to win.

“He does everything the other athletes do during practices and gives it his all,” she said.

Amy Wright added that Brody loves to encourage his fellow athletes to “never give up.”

With his experience in tennis and growing interest in the sport, Amy Wright said it's possible her son may want to compete in tennis in the future alongside soccer and basketball.

"Maybe he can compete in the state spring Special Olympics in tennis next year, partnering with his brother or sister,” she said. "I think that would be a really fun experience for them. Right now though he's enjoying helping out with the club, and will do so as long as he wants to."

Cherokee County’s housing availability is not keeping up with the county’s growing demand, according to industry professionals. As a result, t…

The Funk Heritage Center in Waleska has a series of events scheduled throughout the month of June, including a summer workshop day camp for ch…