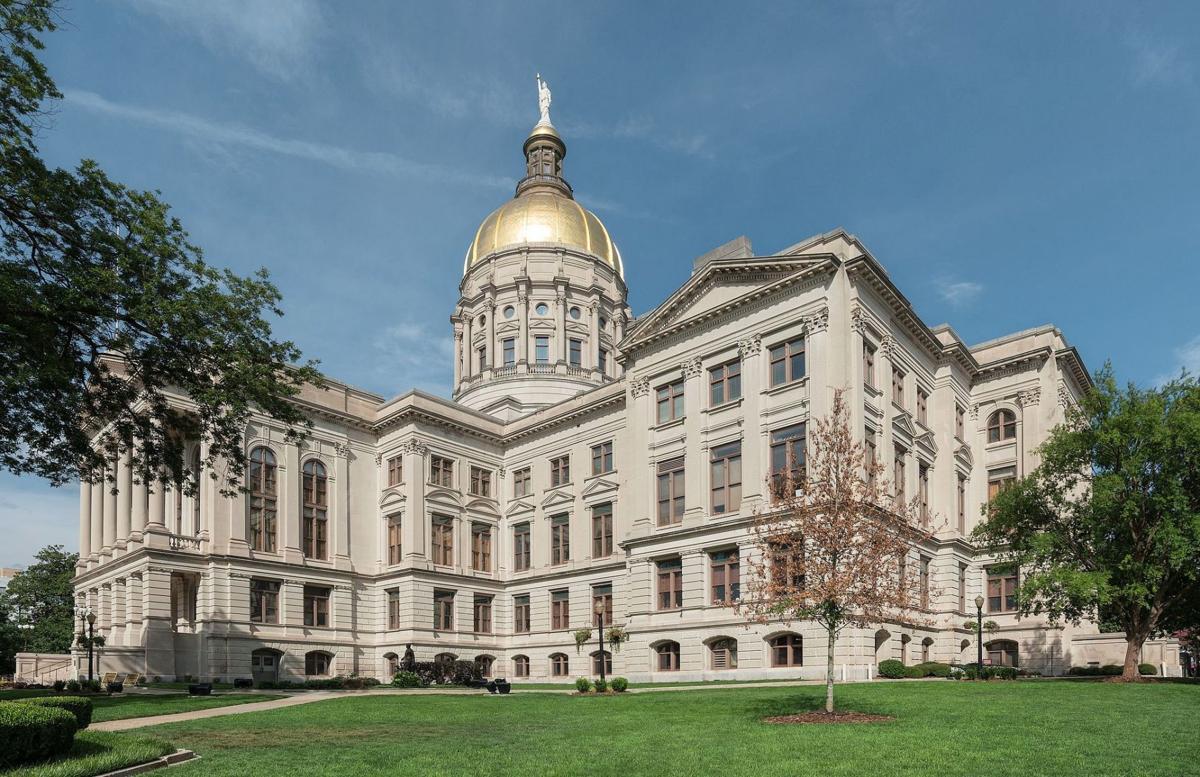 Georgia House Democrats want the state’s largest energy provider to clean up its coal ash, the toxic byproduct of burning coal at several power plants in the state.. 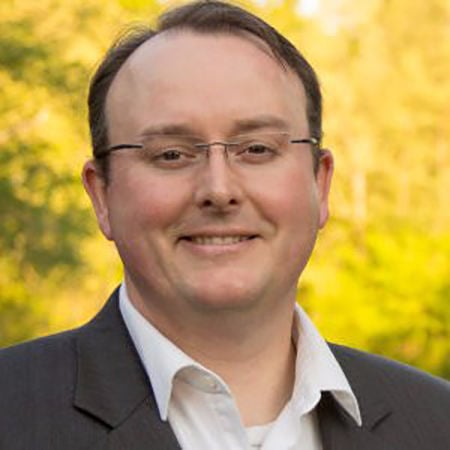 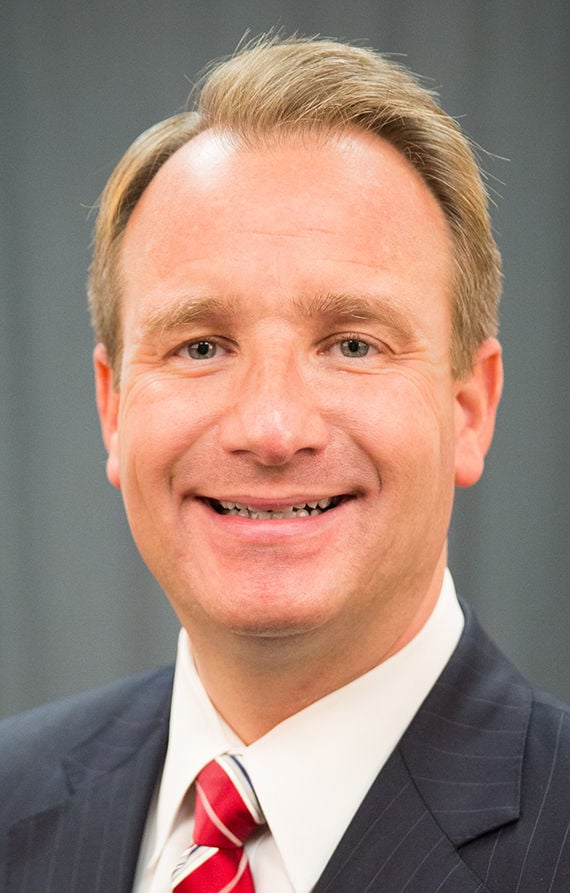 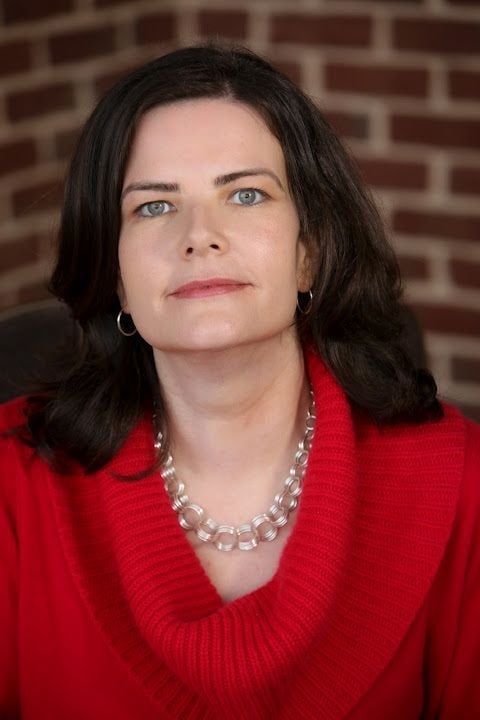 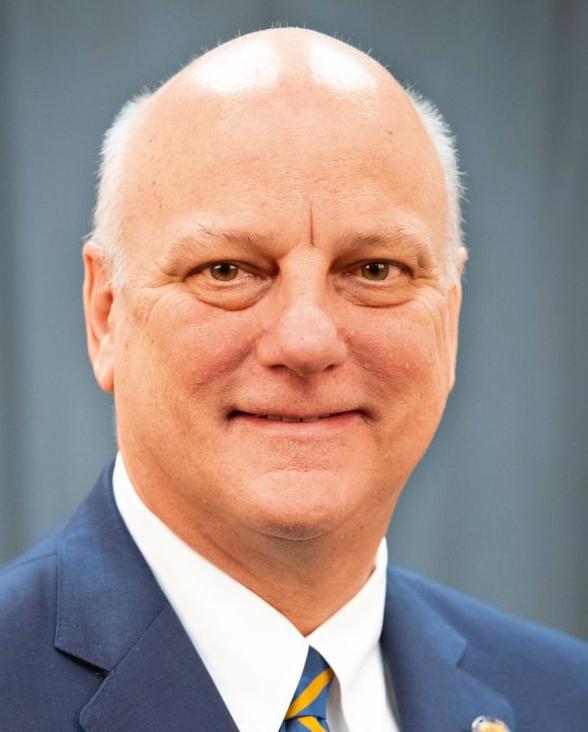 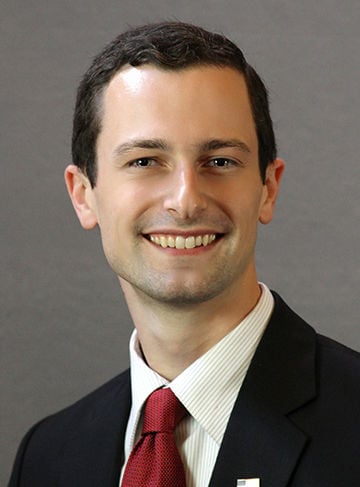 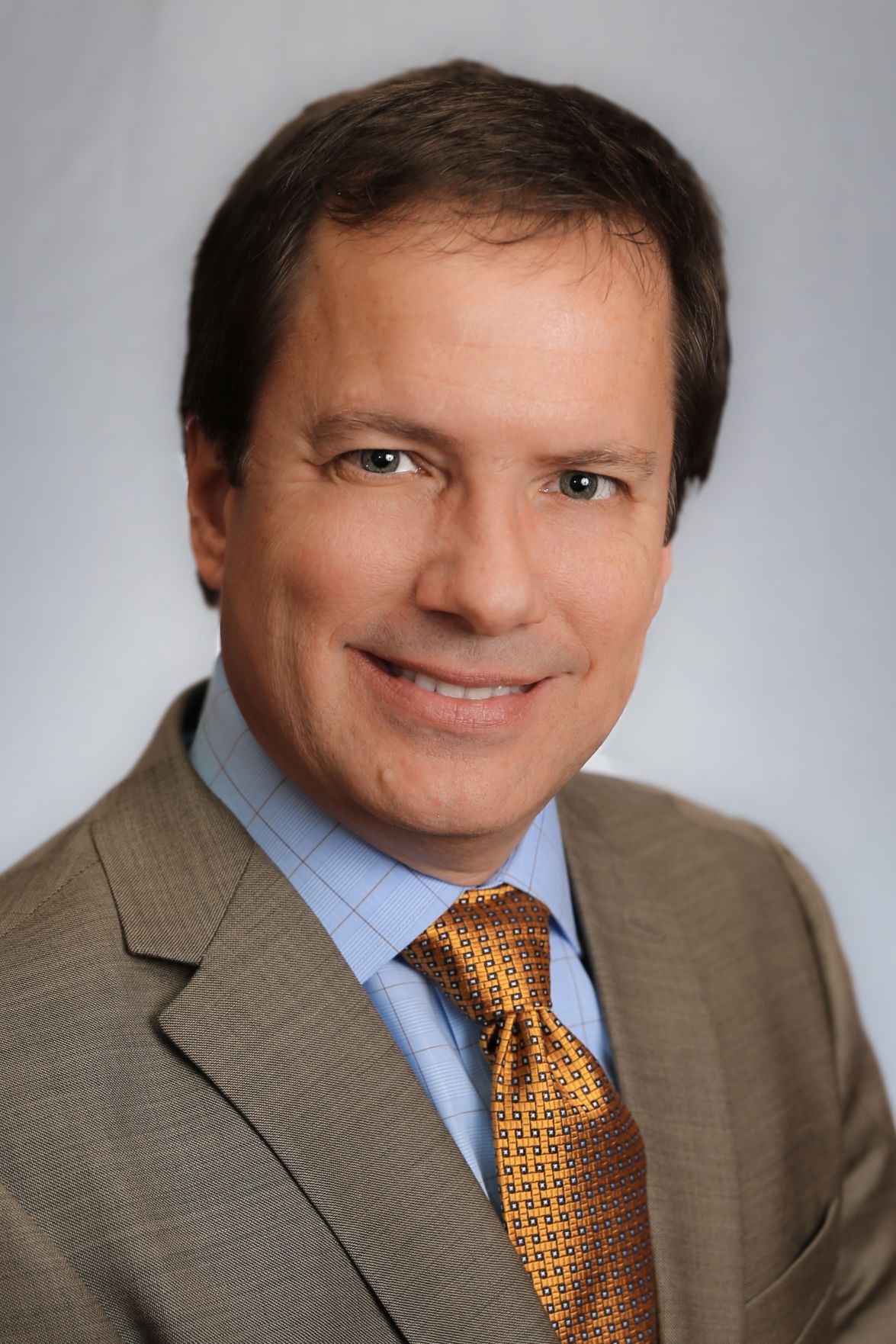 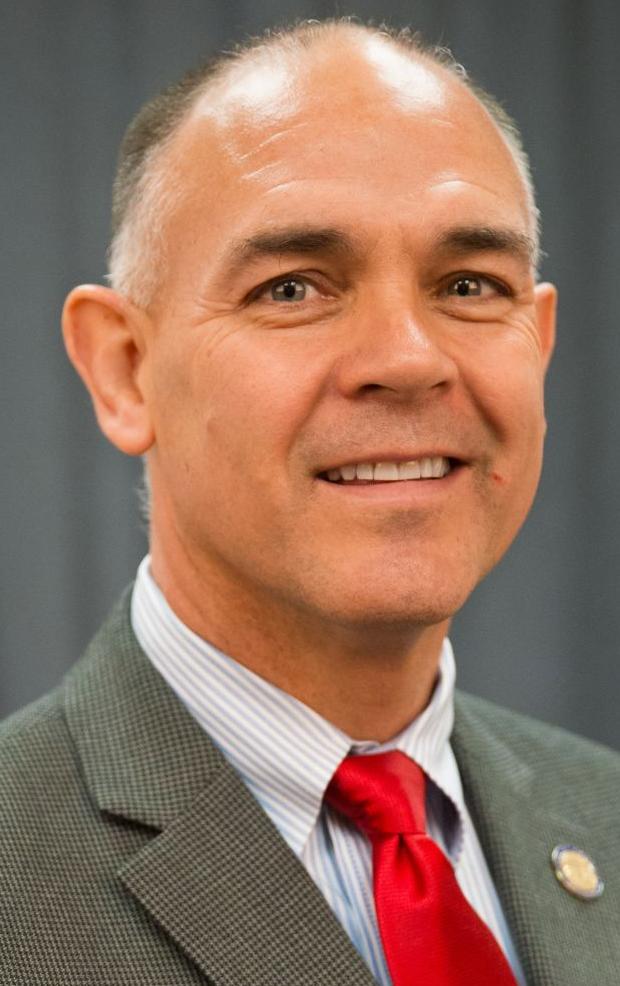 Georgia House Democrats want the state’s largest energy provider to clean up its coal ash, the toxic byproduct of burning coal at several power plants in the state..

Members of the Cherokee delegation shared their 2020 goals with the Tribune ahead of the session.

State Sen. John Albers, R-Alpharetta, said he plans to pick up where he left off in last year’s session and file some new legislation.

“Several of my bills are laid over from 2019 which I will pass in 2020,” Albers said in an email. “My goals are to assure Georgia continues to move forward. I am also working to speed up major road improvements to help our commutes.”

In the new session, Albers said he plans to introduce bills “for measuring tax credits and senior citizen tax exemptions plus removing small business regulations.” One of his bills filed last year, SB 119 or Georgia Measuring Success Act, originally would have required an economic analysis before introducing or amending legislation involving tax incentives. It passed in the Senate last year, but the House substituted it with different legislation. SB 152 would remove limitations from alcohol beverage manufacturers, increasing how much they can sell wholesale or retail, and another proposal exempts integrated surgery centers from certificate of need requirements.

State Rep. Mandi Ballinger, R-Canton, said she will continue to advocate for her bill, called Raise the Age, which would raise the maximum age for defendants to be heard in juvenile court to 17. The juvenile justice committee, which Ballinger chairs, met Jan. 3 to discuss the bill and will continue discussions when the session starts.

“Right now, if you’re 17 and arrested, you go to state court the same as a 30 year old would. We’re talking about high school students, they can’t even vote, and we’re treating them as adults,” she said. “We’re talking about raising the age of all those cases to go to juvenile court.”

Ballinger, a member of the House Appropriations committee, is also looking to protect children in the care of Department of Family and Children’s Services, as state agencies implement the Gov. Brian Kemp’s proposed 4% budget cuts. And, she’s working with other representatives to introduce legislation that would close loopholes in the state’s child pornography law, she said.

State Sen. Brandon Beach (R-Alpharetta) said his top priority is advancing the Keep Georgia Kids First Act, which he prefiled in December and would require 90 percent of early admissions to be in-state at University of Georgia, Georgia Tech, Georgia State University and Augusta University.

“The purpose of my bill is to keep the best and brightest here in the state of Georgia. I want to make sure that we’re taking care of hard working Georgians and hard working families and kids of Georgians, and that we keep our kids here,” Beach said. “What I worry about is when kids go off to college, they may not come back.”

Between legislative sessions, Beach helped conduct a study on freight moving through metro Atlanta from the port in Savannah, which found that 17% of the freight is on rail. He said too many tractor trailer trucks are traveling Atlanta’s major highways and adding to congested traffic, and he plans to do something about it.

Beach said he is also working on filing legislation to help children in foster care; he’s interested in getting more children connected with families as well as education and training for foster care children as they grow up.

Among State Rep. Michael Caldwell’s (R-Woodstock) priorities are term limits, campaign finance reform and reducing the size of state government, he said. Last session, he filed resolutions promoting term limits for both state and U.S. legislators, and a bill to address sinkholes caused by contractors illegally burying trash. He also authored a bill to eliminate over a dozen state boards and authorities that were no longer active, which was incorporated into HB 533 and signed by the governor in May.

“This session I plan to continue fighting for term limits, campaign finance reform, to stop contractors from illegally burying garbage on homesites and to use my vote to limit the size and scope of our state government,” Caldwell told the Tribune via email.

Caldwell said he is working on new legislation that could limit out-of-state money influencing Georgia elections and builders’ control of homeowners associations.

“I would ask any Cherokee County voters with opinions on campaign finance reform, term limits, builder issues or anything else to reach out to help make sure this legislation is the best it can possibly be,” he said.

State Rep. Wes Cantrell, R-Woodstock, filed two significant pieces of legislation last year that he’ll continue to pursue this session: The Georgia Educational Scholarship Act and the It’s About Time Act. The education bill, co-sponsored by Albers, would state money allocated for local schools to parents for college and private school tuition, online courses and tutoring, and textbooks. The It’s About Time Act would create a referendum on whether to end Daylight Saving Time in Georgia.

“The Georgia Educational Scholarship Act (HB 301) would provide a very small percentage of families the option of using the state portion of their child’s education funding for educational purposes more specifically tailored to their specific needs. Low income families, children adopted from foster care, active military families, children with special needs and students who are being bullied would receive priority for placement in this program,” Cantrell said.

Cantrell said that he will push to make sure teachers get a $2,000 raise in this year’s budget, to follow through on the governor’s promised $5,000 and of which teachers saw $3,000 last year. He also wants to create a study committee to improve job opportunities for “legal refugees, young adults with special needs, non-violent offenders and high school students who are not going to attend college.”

State Rep. John Carson, R-southeast Cherokee, is focusing on income taxes. In 2018, Republican legislators lowered the state’s highest tax rate from 6% to 5.75%, and this year could lower it to 5.5%.

Carson is also pushing for driver safety bills following the implementation of the hands-free law. One bill he introduced last year would create a total ban on cell phone use while driving for drivers under 18.

Carson said he will continue to watch the legal battle between Cherokee County and the city of Woodstock over the city’s annexation case last year at Arnold Mill Road. Carson has said he would file a bill to reverse the annexation, though the annexation is pending with the litigation. He added he is “hopeful that some resolution can be met without having to pursue legislation.”

State Rep. Scot Turner, R-Holly Springs, filed a number of bills last year relating to civil asset forfeiture, including one that would require stricter guidelines for evidence the assets were involved in a crime, and another that would allow law enforcement to seize assets, but require that the government cannot begin the legal process of taking ownership until criminal proceedings are over.

“I am working on tweaking the annexation process, civil asset forfeiture, professional licensing reform, and tax reform,” Turner said in an email to the Tribune.

Other bills Turner has drafted include one that would bar professional licensing boards from denying someone based on default status for student loans. Another was filed that would prevent rideshare companies like Uber and Lyft from prohibiting their drivers from carrying weapons, which was created in response to reports of carjackings.

So far this year, State Sen. Bruce Thompson, R-White, has prefiled SB 284, which would make people 20 and older eligible to enroll in charter schools that exclusively serve over-age students, and SB 285, which would waive professional license requirements for military spouses who are licensed in another state.

The Senate Athletic Association Study Committee, of which Thompson serves as chairman, this fall examined the Georgia High School Association’s funding and transparency and the organization of interscholastic athletic events. Thompson also filed a resolution for a study committee with Albers that proposes ending property taxes, and explore their effects and possible alternative funding sources.

In August, he released a report with the Institute for Healthcare Information Technology, “The State of Cybersecurity Among Georgia Hospitals,” which showed vulnerabilities in the system and proposed solutions to prevent and mitigate breaches that could expose patients’ health records.

For more information about the Georgia General Assembly, including the 2020 session, visit www.legis.ga.gov.

The 2020 Georgia General Assembly starts Jan. 13, and when it comes to local legislation that could be introduced, the watchwords will be affordable housing, transportation and gun violence, the area’s lawmakers said.