You are the owner of this article.
Edit Article Add New Article
You have permission to edit this article.
Edit
Home
News
Sports
Opinion
Lifestyle
Podcasts
Obituaries
Legals Notices
Classifieds
e-Edition
Subscribe Today
Share This
1 of 10 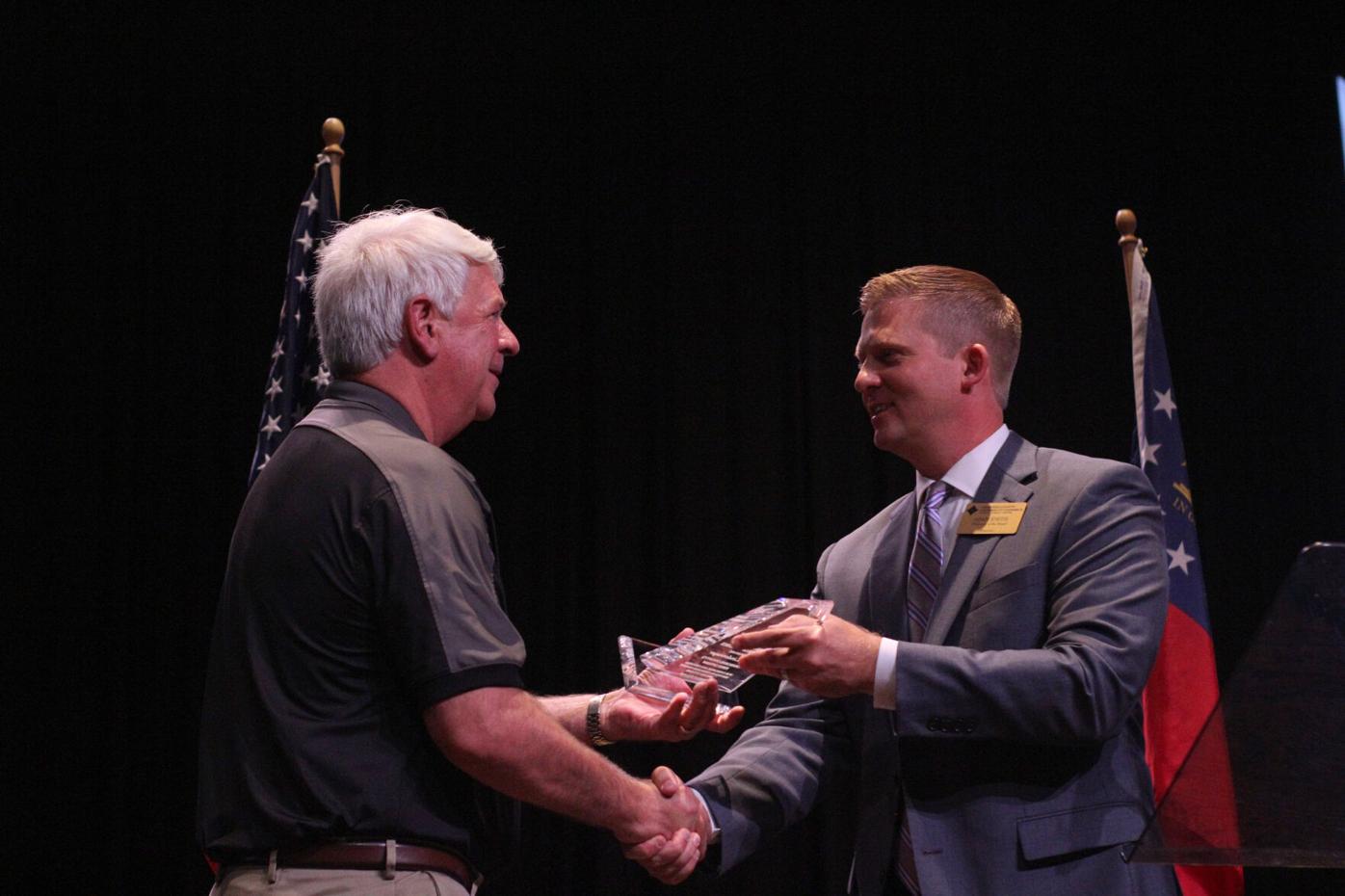 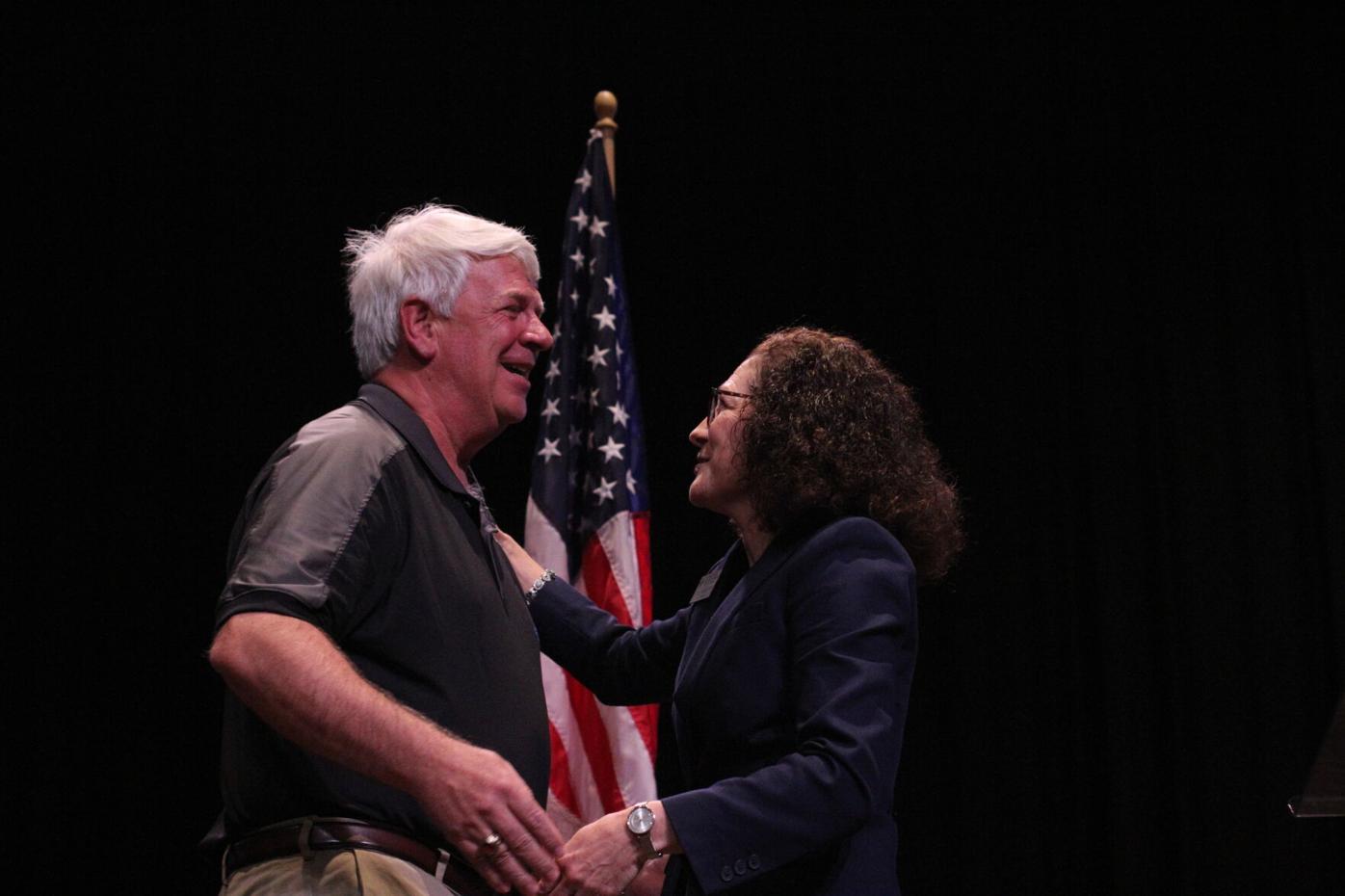 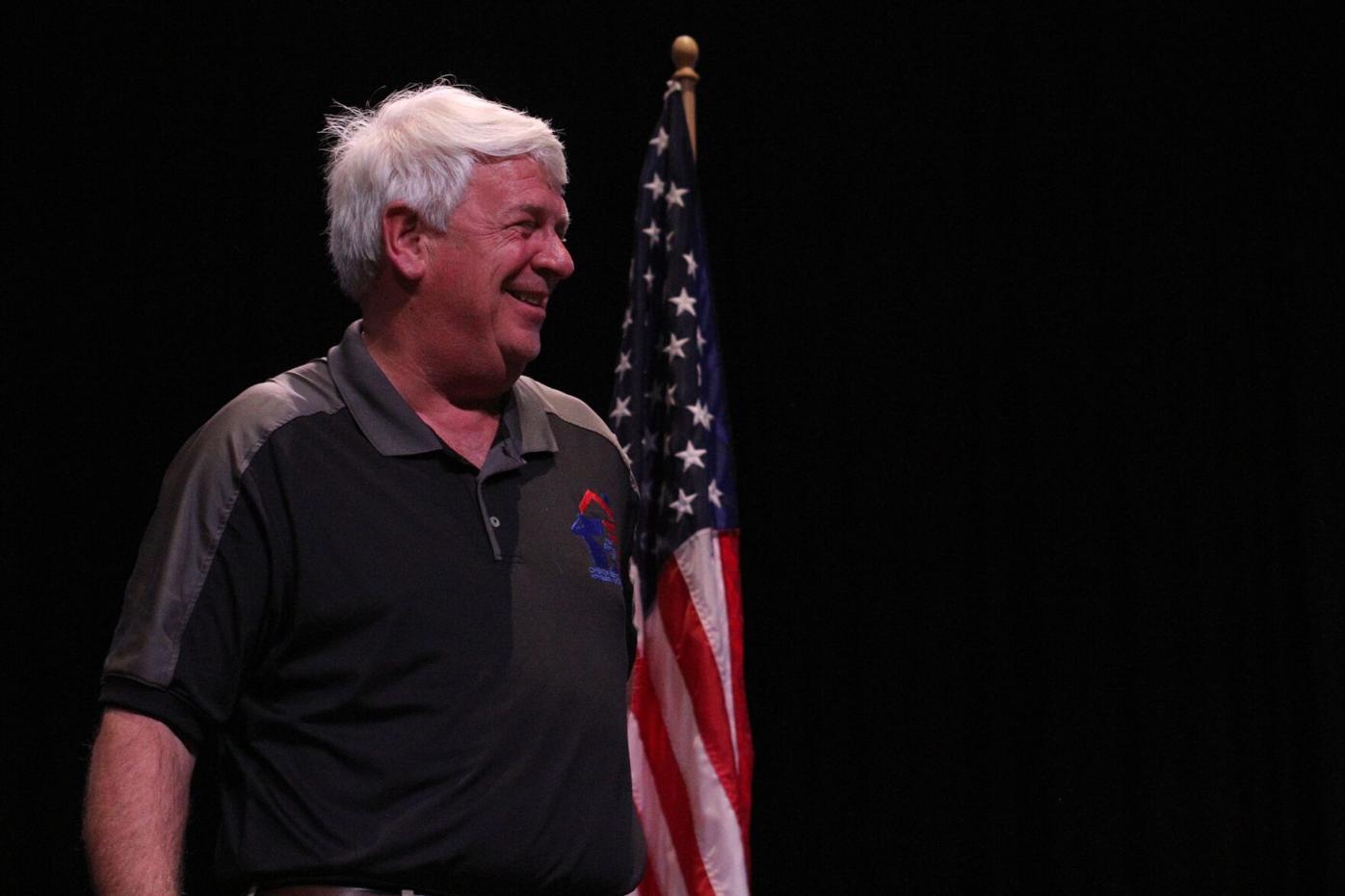 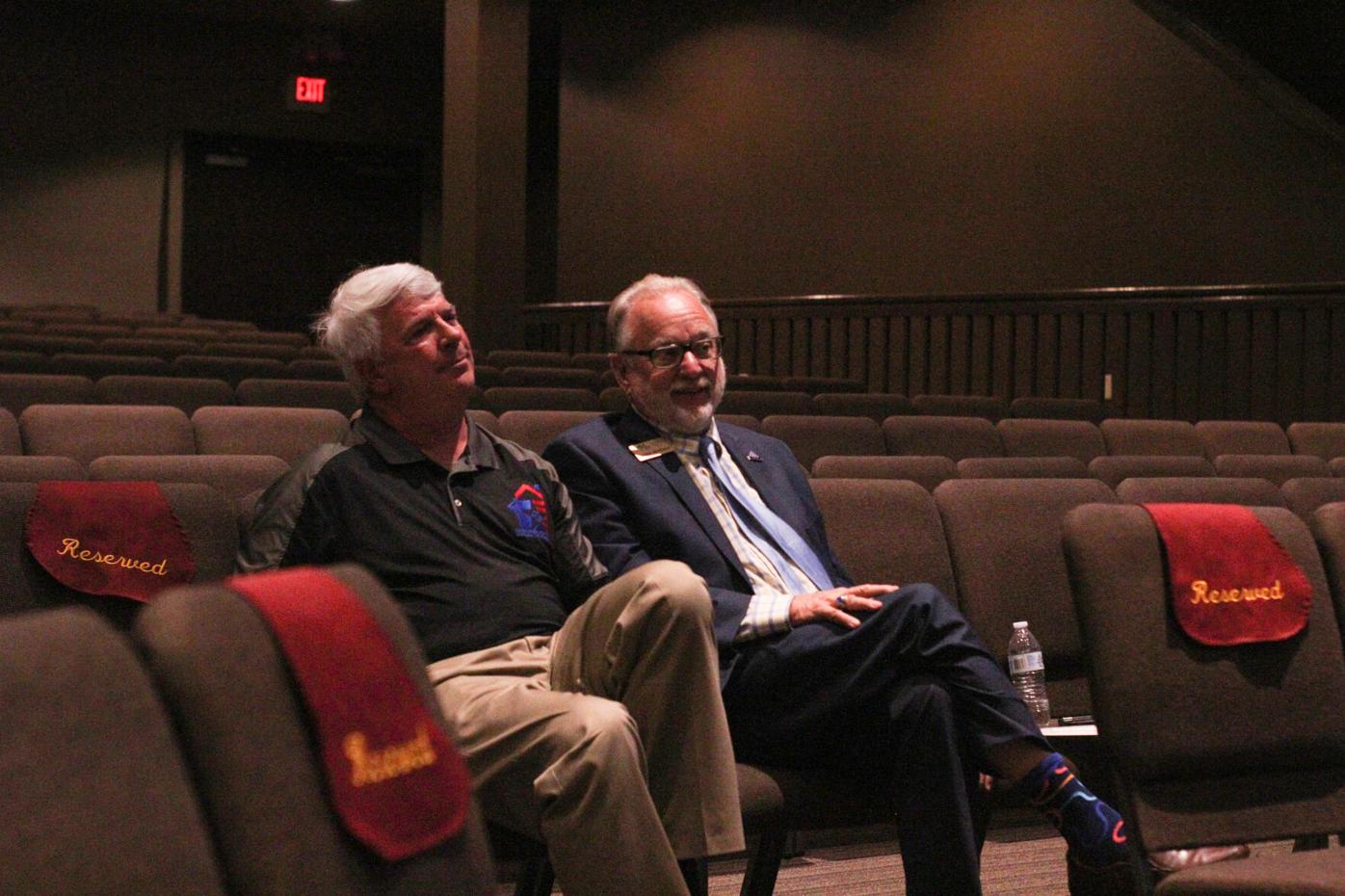 Jim Lindenmayer, left, listens with John Wallace as he is named First Citizen of Cherokee County. 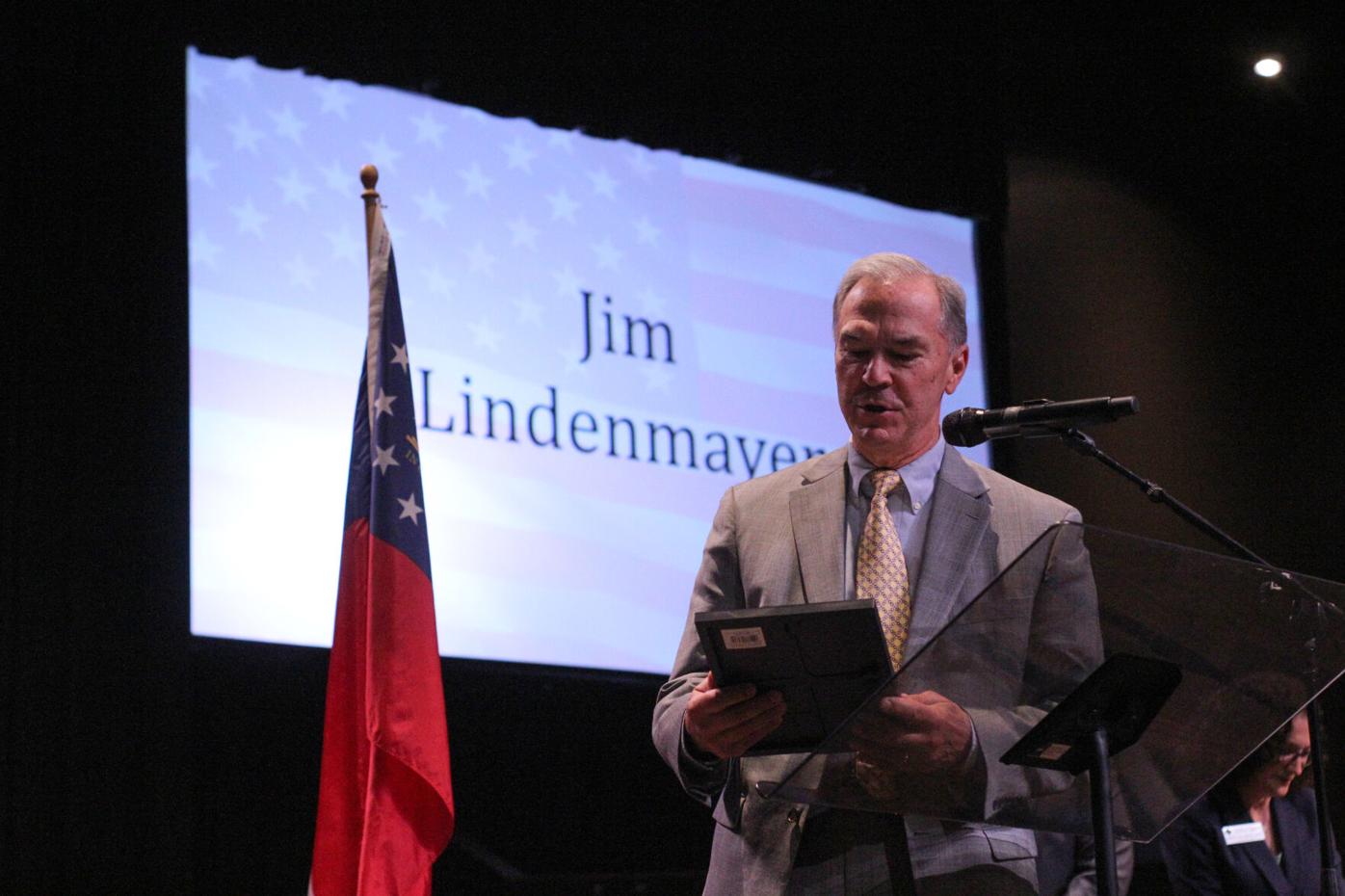 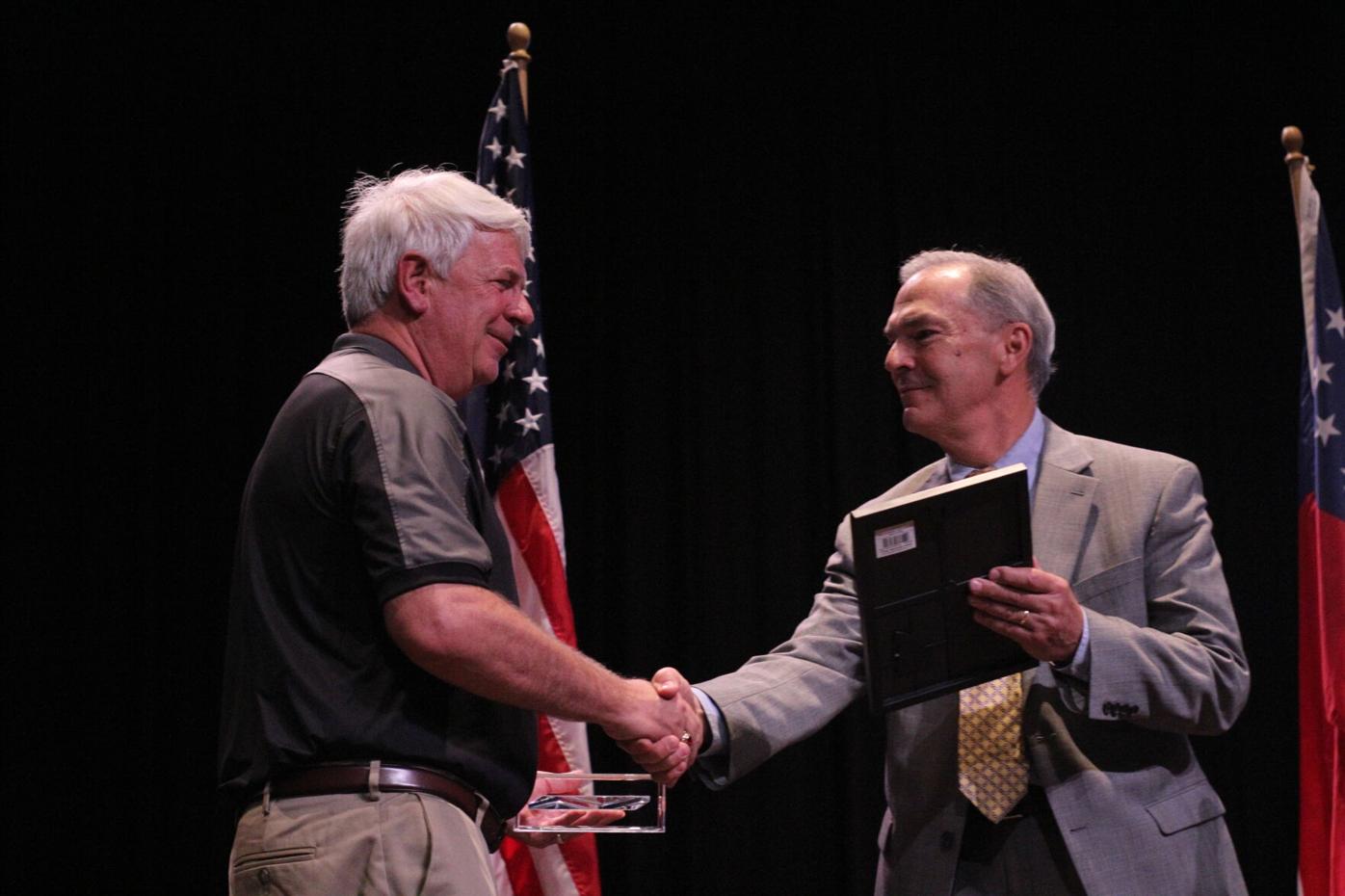 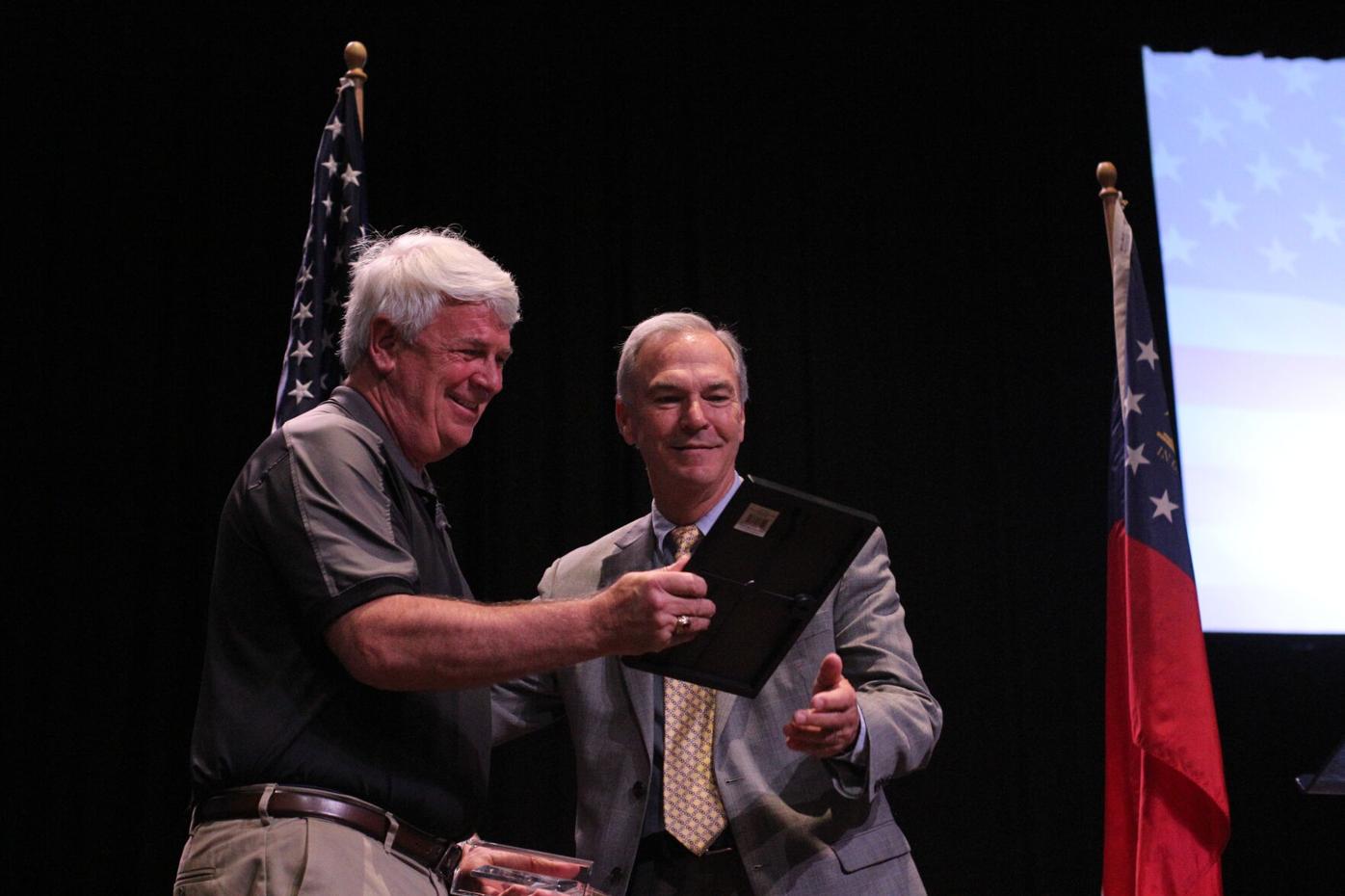 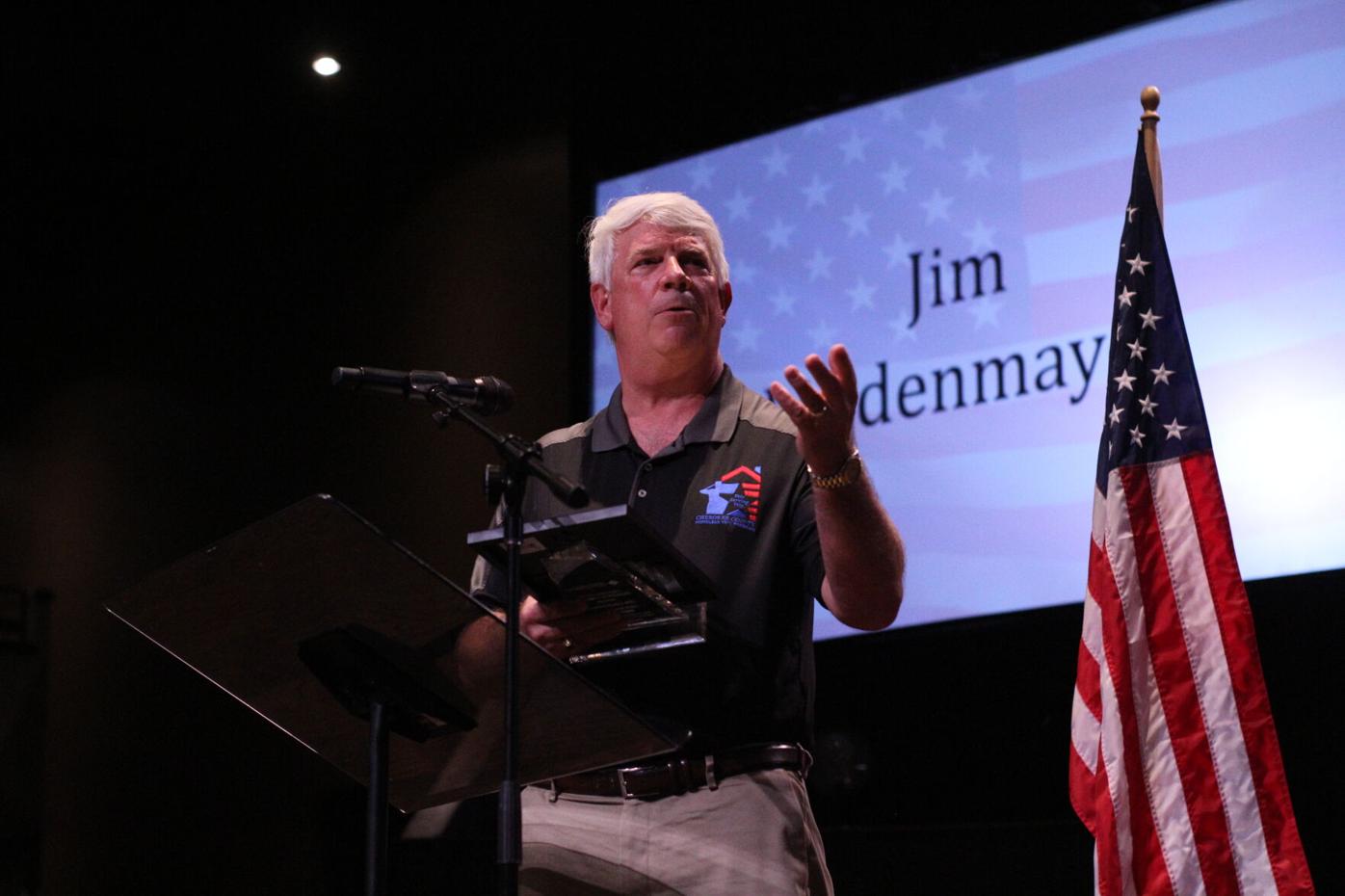 Jim Lindenmayer thanks chamber members for their support of veterans. 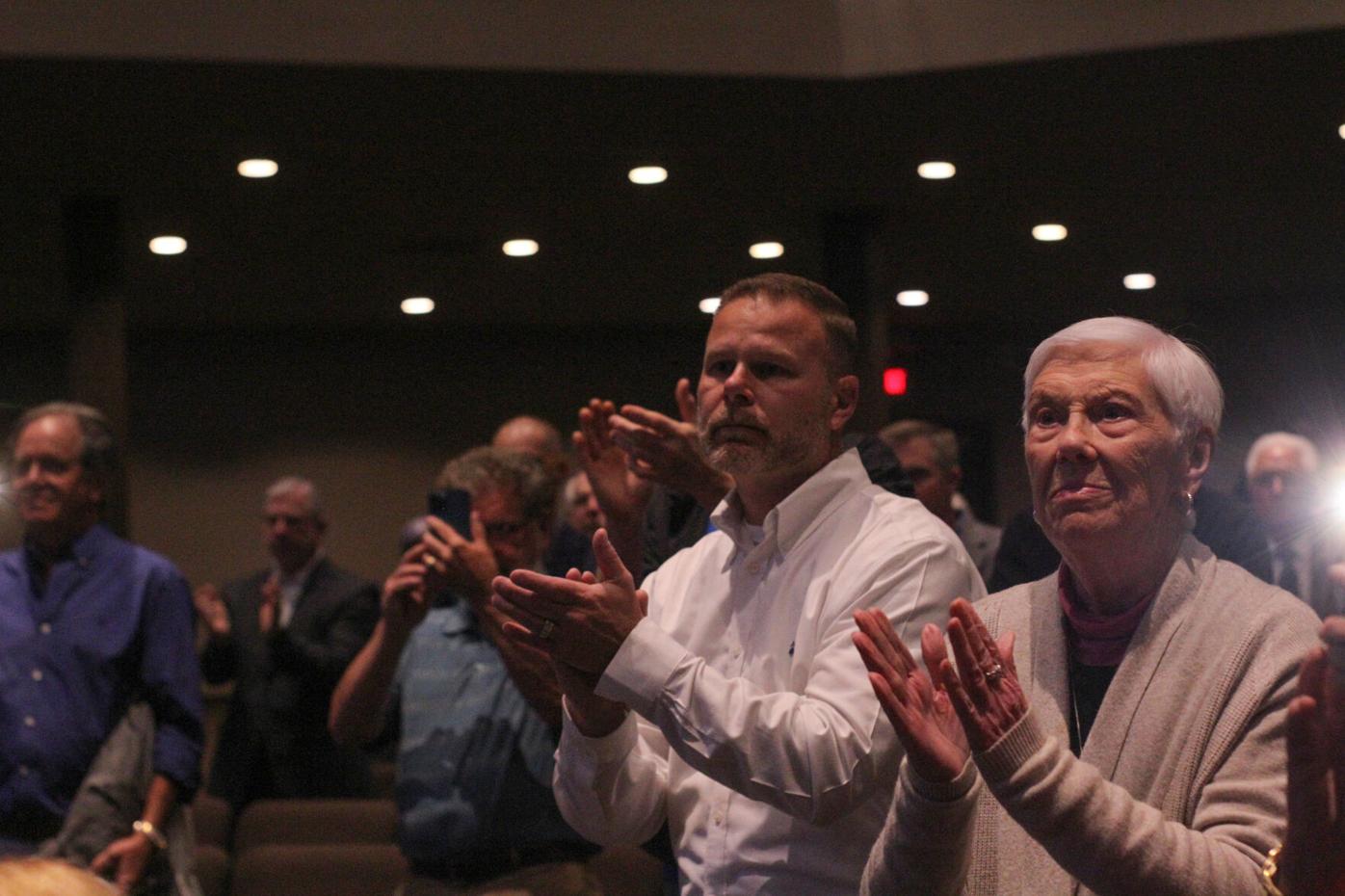 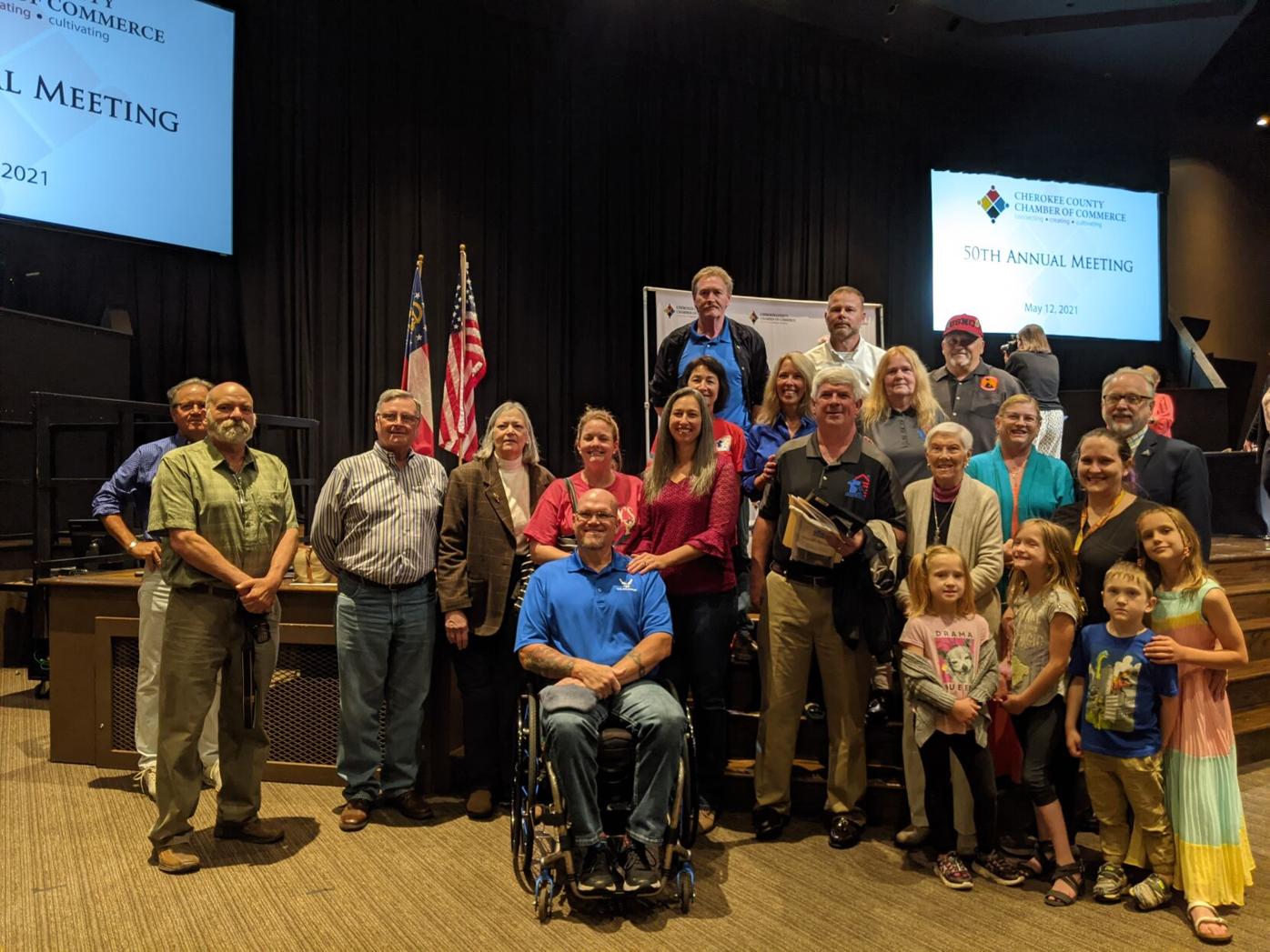 Jim Lindenmayer, standing in the front row, center right, was visited by veterans he’s helped and their families.

Jim Lindenmayer, left, listens with John Wallace as he is named First Citizen of Cherokee County.

Jim Lindenmayer thanks chamber members for their support of veterans.

Jim Lindenmayer, standing in the front row, center right, was visited by veterans he’s helped and their families.

WOODSTOCK — Jim Lindenmayer was named the First Citizen of Cherokee County Wednesday by the Cherokee Chamber of Commerce for his years-long work helping veterans in the community.

The director of the Cherokee County Homeless Veterans Program, Lindenmayer, 63, founded the program in 2014. He is a West Point graduate and retired Army officer, and is a longtime member of the American Legion.

Lindenmayer has volunteered with Balance of State Homeless Committee through the Georgia Department of Community Affairs, Operation Not Forgotten, Adopt A Vet program along with veteran efforts through Cherokee County Senior Services.

He was recognized in 2018 with the Georgia State Daughters of the American Revolution Outstanding Veteran Volunteer Award, and in 2019 a homeless veteran statue was dedicated in Cherokee Veterans Park, where Lindenmayer’s efforts were recognized again.

Lindenmayer and his wife have called Cherokee County home for over 26 years.

“Over the past decade or so, (Lindenmayer’s) caring spirit, dedication to the community and generosity are as obvious today as when I first met them,” Chamber President Pam Carnes said while introducing the new First Citizen. “This year’s First Citizen truly strives to make Cherokee County a better place. His love of country prompts us to look beyond our county lines. And that some compassion reminds me of three words: duty, honor, country.”

Veterans Lindenmayer has helped over the years told the chamber he is “an invaluable asset” and a “lifesaver,” Carnes said, recalling times he has taken a homeless veteran off the street and found them housing, gotten a used car for a veteran family without transportation, helped them find jobs, and more.

“The greatest thing is he helped me regain my independence, and he believed in me,” one veteran said.

“Thank you for everything you guys have done. You have made Cherokee County one of the best counties for veterans. It’s the seventh largest veteran community in the state,” he said. “We have a lot more things coming out for the veterans going forward.”

Over a dozen local veterans and their families that Lindenmayer has helped over the years cheered him on as he accepted the award.

The First Citizen title is bestowed upon a resident of Cherokee County who has resided in the county for a minimum of five years and has shown significant meritorious service to his/her community through family, civic and/or religious involvement, according to the chamber. A panel of out-of-town judges reviews the accomplishments of each applicant then the winner is chosen based upon merit. The 2021 recipient joins a prestigious list of honorees including former Canton physician Dr. Grady Coker, who was the initial recipient in 1971, along with William G. Hasty, Jr. who was selected in 2020.

Thank you for your service in the Armed Forces and your commitment to veterans in our community, Mr. Jim! Congratulations on the award.