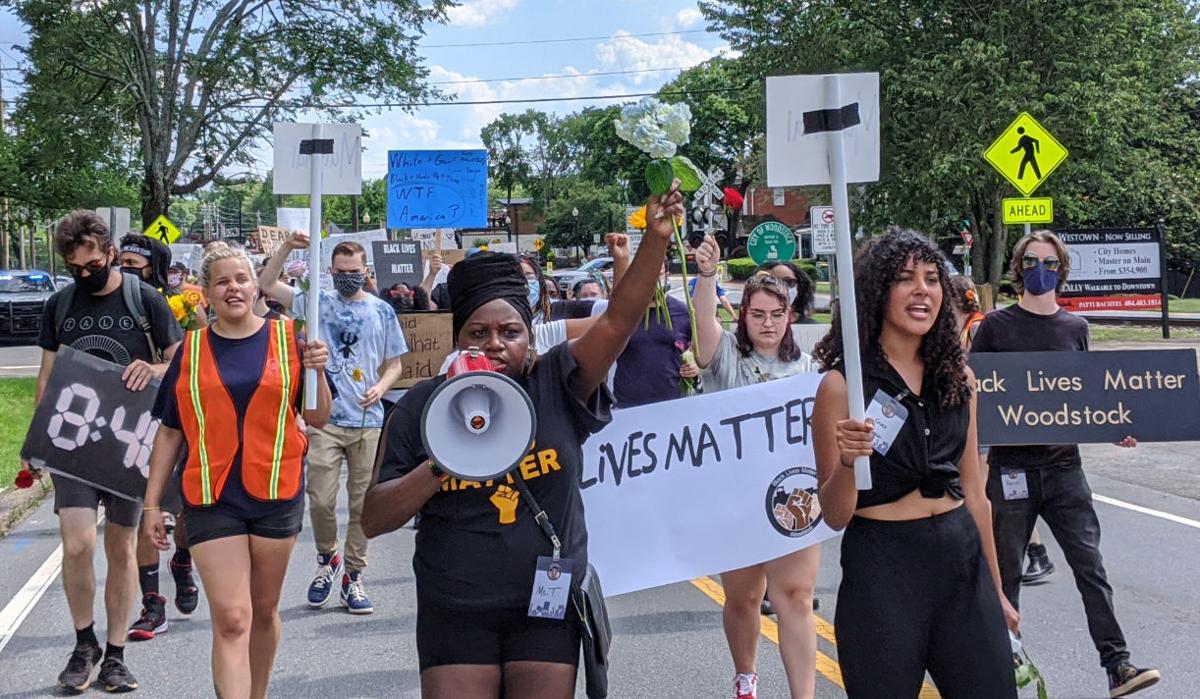 More than 100 people marched against racism on Saturday in downtown Woodstock. 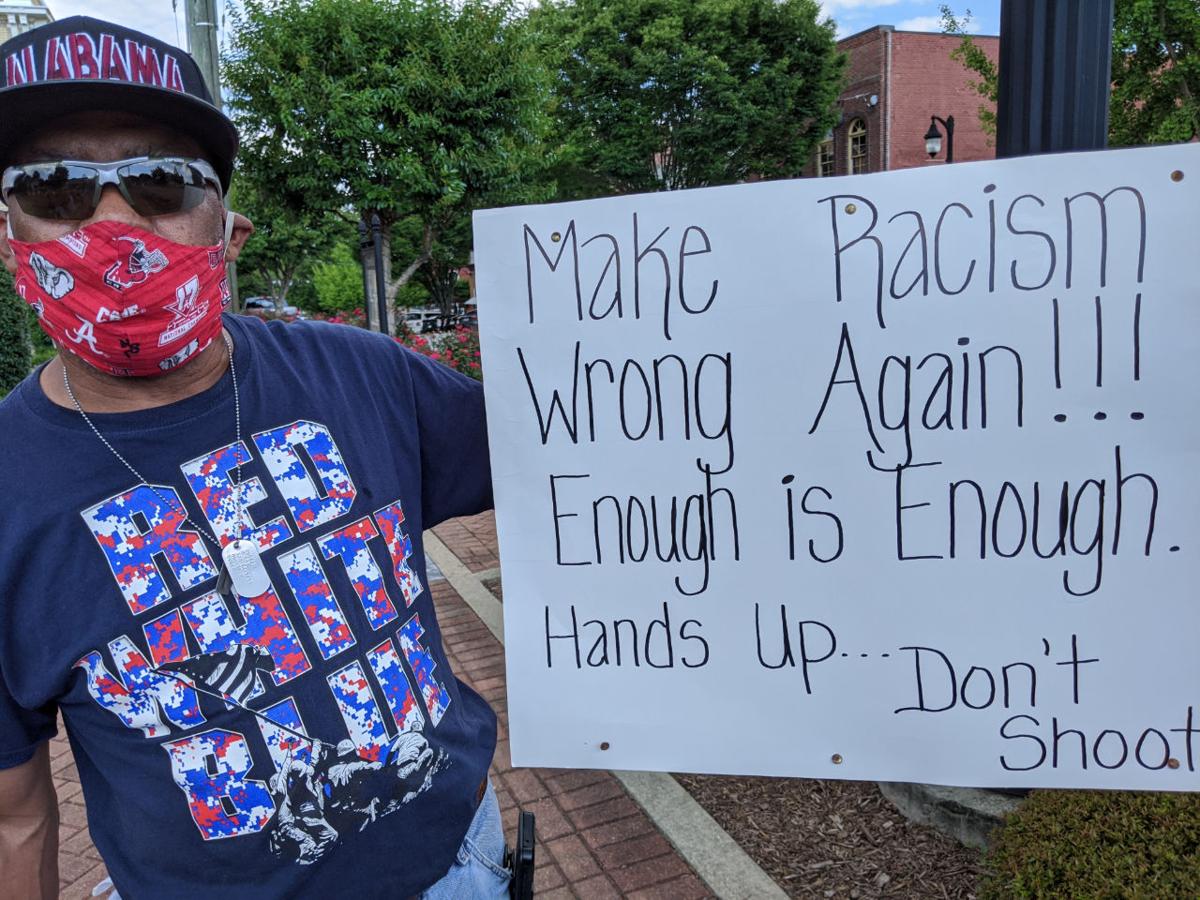 Army veteran Darryl Gates participated in an anti-racism protest on Saturday in Canton.

More than 100 people marched against racism on Saturday in downtown Woodstock.

Army veteran Darryl Gates participated in an anti-racism protest on Saturday in Canton.

More than 1,000 miles away from Minneapolis where the death of George Floyd during an arrest served as a spark for nationwide unrest, anti-racism protests in Cherokee County have proved durable, continuing daily since the last weekend in May.

And, while in larger cities, protests have included violence, the ones locally have been peaceful, according to both protesters and police.

“Our success in dealing with the police has a lot to do with the fact that technically we are still a small town — we know them, they know us. There’s a lot more accountability,” Will Foskey of Black Lives Matter, Woodstock said. “Maybe other small towns can look at us as an example as this is something you can and should get out and do.”

Before a march on Saturday, Woodstock Police Chief Calvin Moss and other officers chatted quietly with those protesters at the front. Rather than riot gear, officers on bicycles and a few in vehicles blocked traffic to allow for the short march.

In Woodstock there was one arrest of a man on a charge of reckless conduct after he drove by protesters screaming obscenities at them, while showing them he had a gun. Protesters in both Woodstock and Canton said last weekend that passersby have been mostly supportive.

“One thing that has been nice is that anything involving the cops has been them having to deal with people messing with us. We’ve had people driving by yelling ‘White lives matter,’ trying to get a reaction out of us, but we take it very seriously and try to stay peaceful,” Foskey said.

Protesters said they want to see positive changes come from the national and local demonstrations.

“We want to make Woodstock a better place. And, straight up we don’t want to see cops killing black people anymore,” Foskey said.

“I definitely love the unity,” said Isiah Hall, of Black Lives Matter, Woodstock, who is black. “I didn’t expect this many white people to come out here. It’s supposed to be black lives matter and you really don’t see too many black people out here.”

A black family in attendance in Woodstock Saturday drove from their home in Dallas for the march and other activities.

Vicky and Charles Davis, both retired from the U.S. Army, attended the Woodstock protest with their three grandchildren. The couple wore matching T-shirts with the photo of Vicky’s son, Malcolm Wright, who was killed by gang members when she was stationed at Ft. Campbell, Ky.

The Davises said they brought their grandchildren to the protest to show them the importance of speaking out for what’s right.

“We want them to know they have a voice,” Charles Davis said. “We took them with us to vote, too.”

At the same time of the demonstration Saturday in Woodstock, there was another going on in downtown Canton, at least the fourth such gathering there.

“This is my community and I know we can do better. I want to be part of the group that is getting these conversations started,” said Sydney Little during the Canton protest on Saturday. She had organized a demonstration downtown for high school and college age people in the same Cannon Park location three days earlier.

Smaller than the 100-plus people at Woodstock, the Canton event still drew more than two dozen to wave signs and chant. Army veteran Darryl Gates said the death of Floyd and other black people in encounters with police may lead to change if people work for it.

“The President is my commander in chief and I don’t want to disrespect him, but I think he’s bringing all this racism back out,” Gates said while participating in Saturday’s protest in Canton. “America’s got a problem and everybody needs to just come together.”