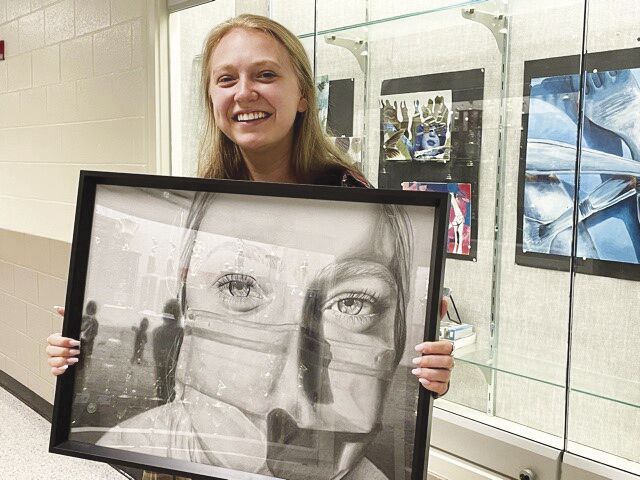 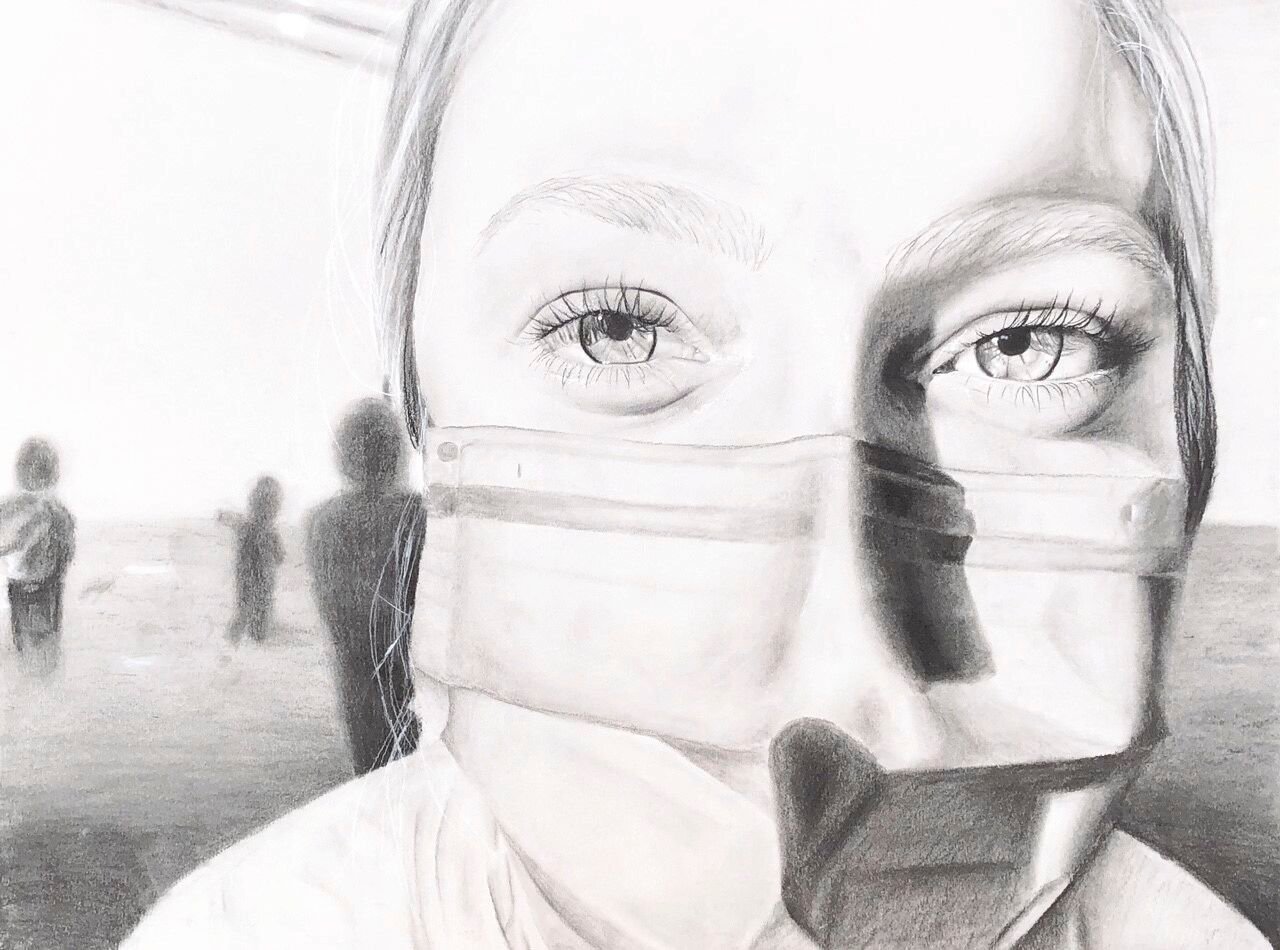 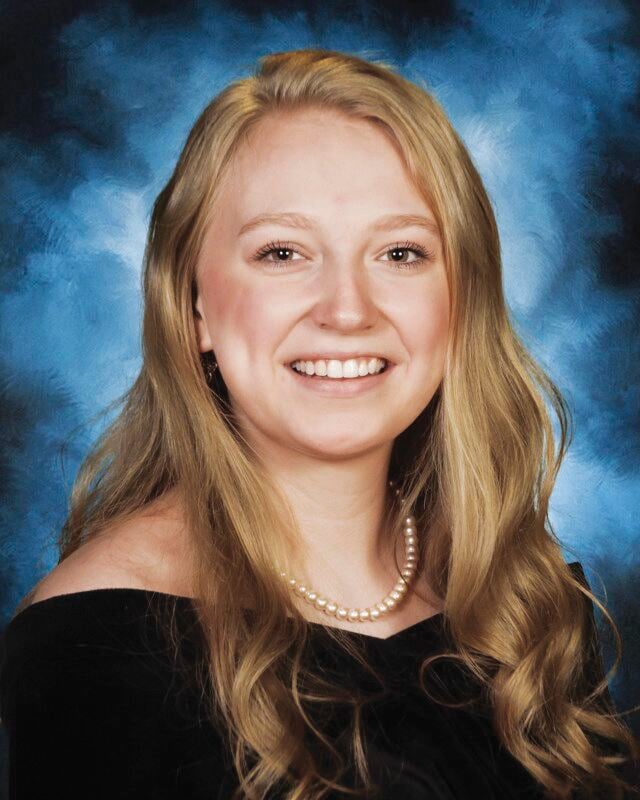 Her entry, “Hidden Behind the Mask!” will be displayed at the U.S. Capitol, according to the announcement by the office of U.S. Rep. Barry Loudermilk. A reception is usually held in the summer in Washington, D.C. for award winners and, should it be held, Nash and a guest will be provided complimentary round-trip tickets by Southwest Airlines to attend.

She also has earned two scholarships as part of the prize: $12,000 from The Art Institute of Atlanta and $3,000 from Savannah College of Art and Design.

It is the second consecutive year for a Creekview High School student to place first in the competition, and Nash is a student in fine arts teacher Leslie Babcock’s AP Drawing class.

Lovely, reminds me of the 19th century artists that painted/charcoal sketched their self-portraits. Congratulations on winning the spot & award!