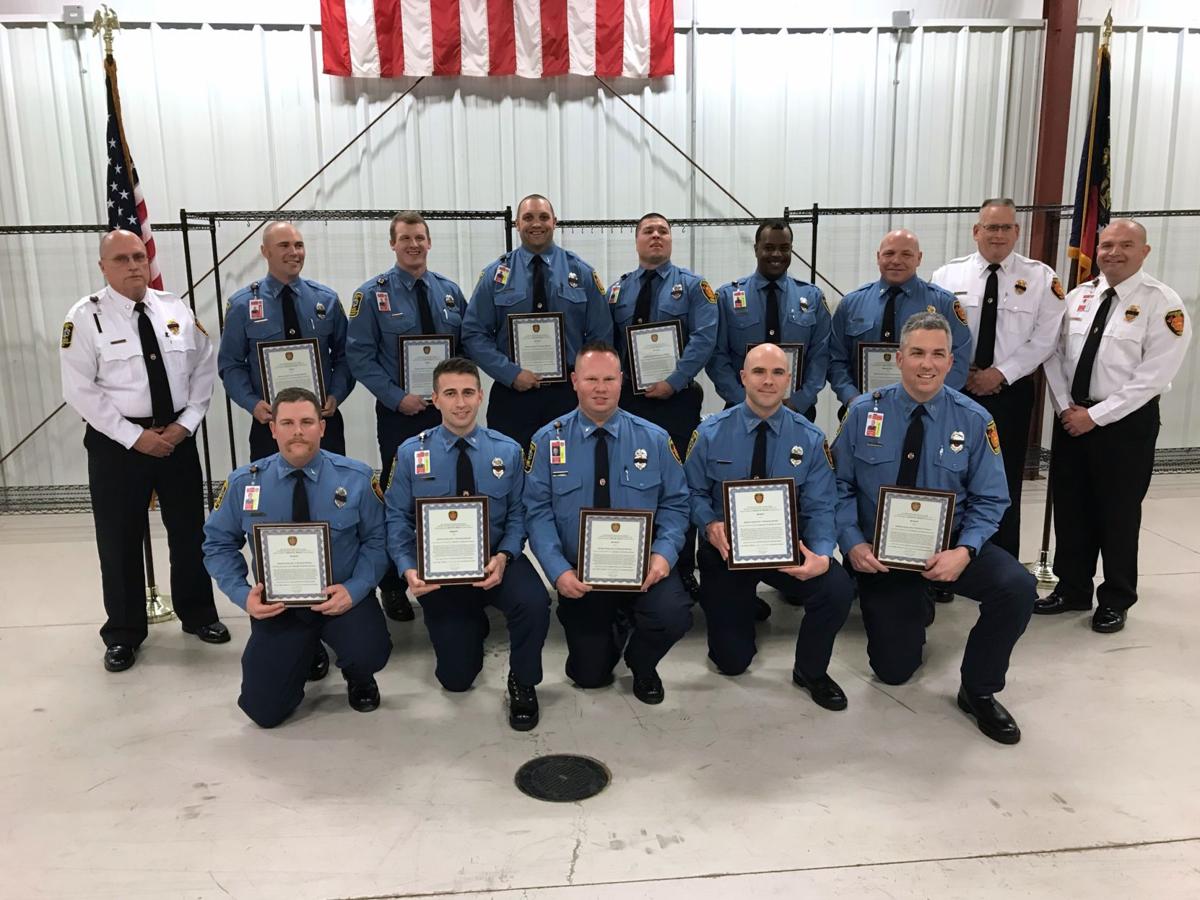 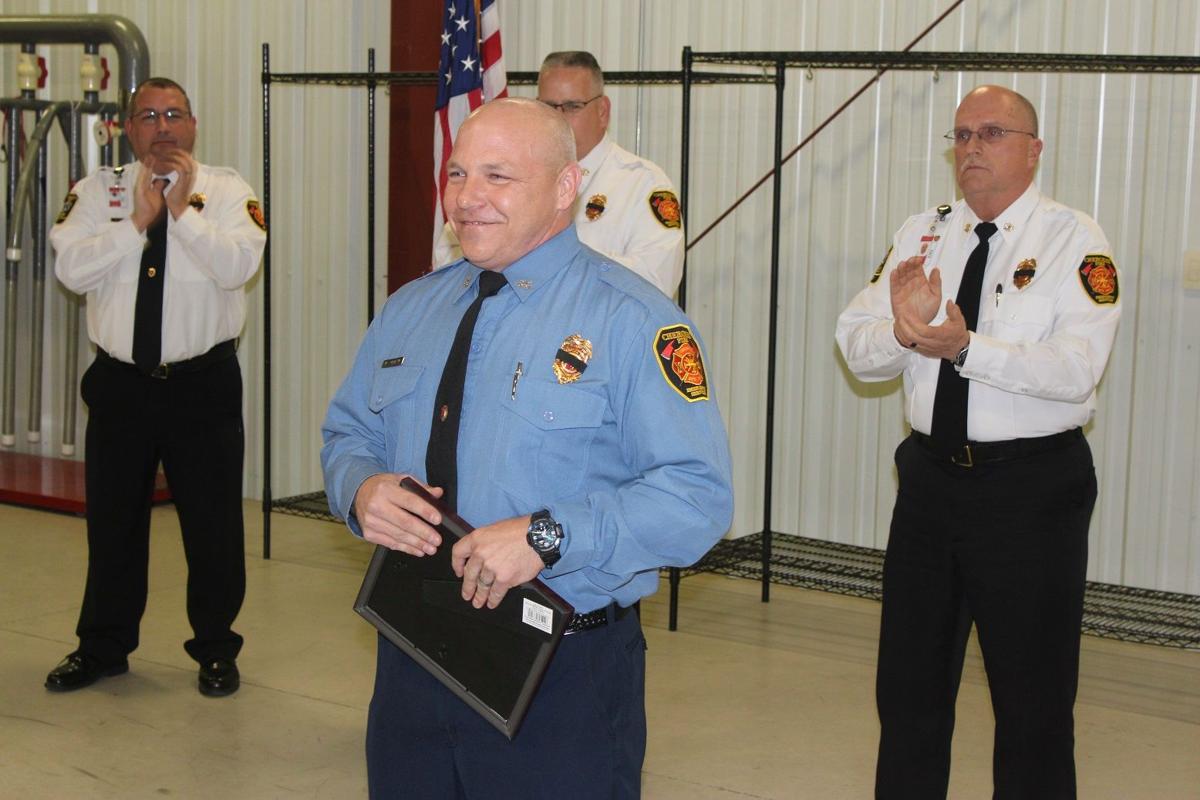 Among the 11 firefighters being honored Wednesday night was Nate Sullivan, who was appointed to the rank of Battalion Chief. 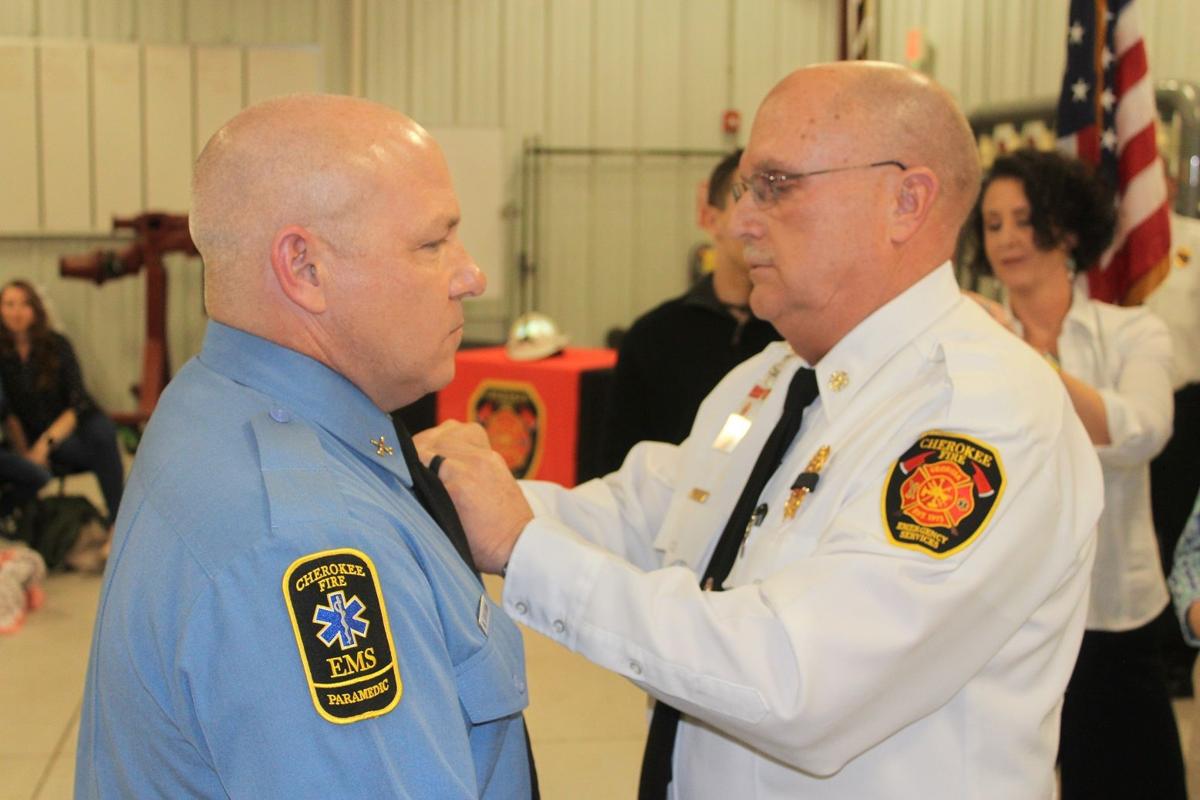 Among the 11 firefighters being honored Wednesday night was Nate Sullivan, who was appointed to the rank of Battalion Chief.

After a brief welcome from Cherokee County Fire Chief Tim Prather, the 11 firefighters were asked to come forward and receive their promotion warrant. Cody Collett, Jacob Gunter, Michael Morgan, Greg Sullivan and Michael Thomas were all promoted to the rank of sergeant. Earning a promotion to lieutenant were Sgt. Craig Henderson, Sgt. James Lussier and Sgt. Kenneth Williams. Lt. Nathan Baum and Lt. Jason Williams were promoted to the rank of captain, and Nate Sullivan was appointed to the rank of Battalion Chief.

Numerous firefighters, chiefs and family members attended the event, while refreshments were served afterwards in honor of the 11 receiving promotions.

Cherokee County Fire and Emergency Services wanted to congratulate all of the firefighters for their recent promotions.