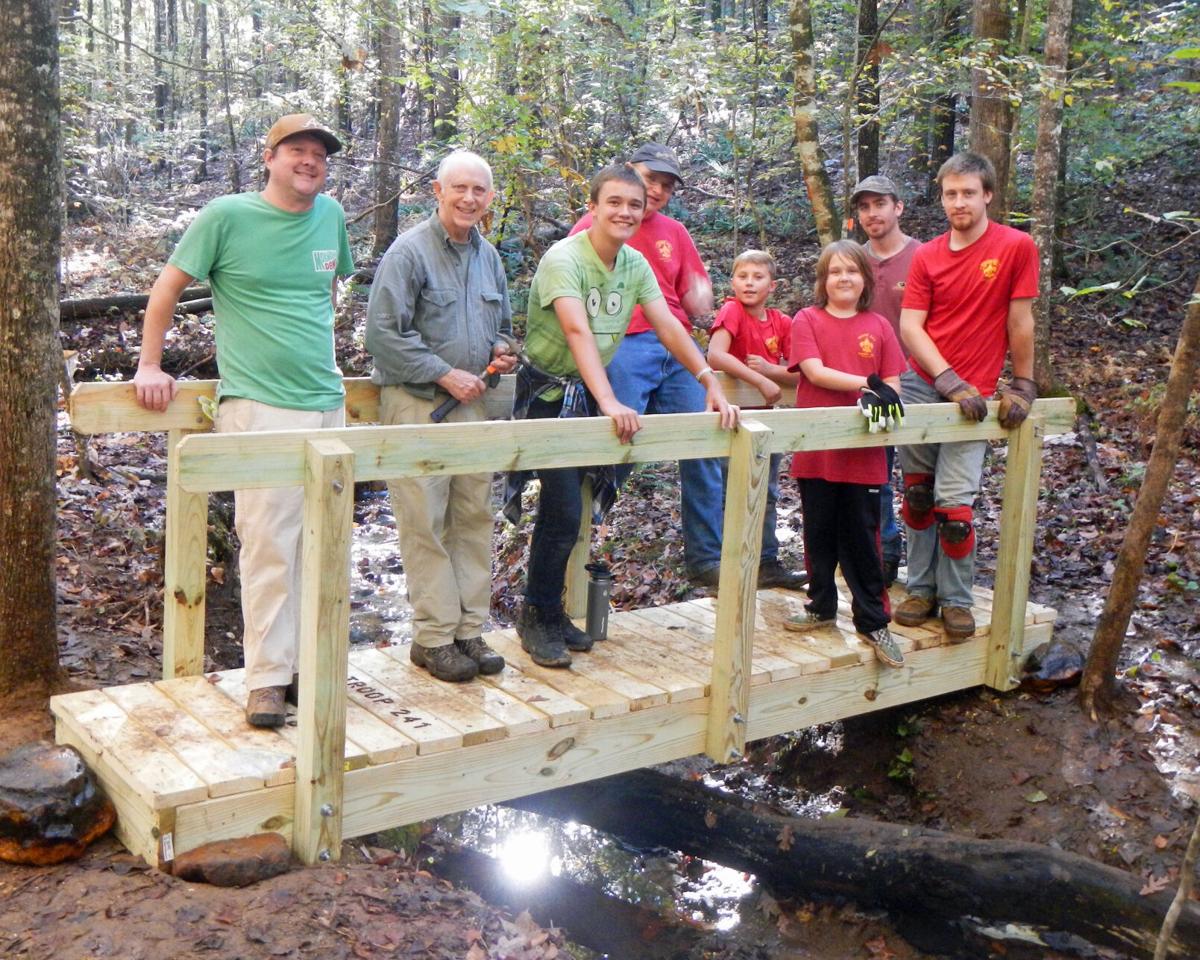 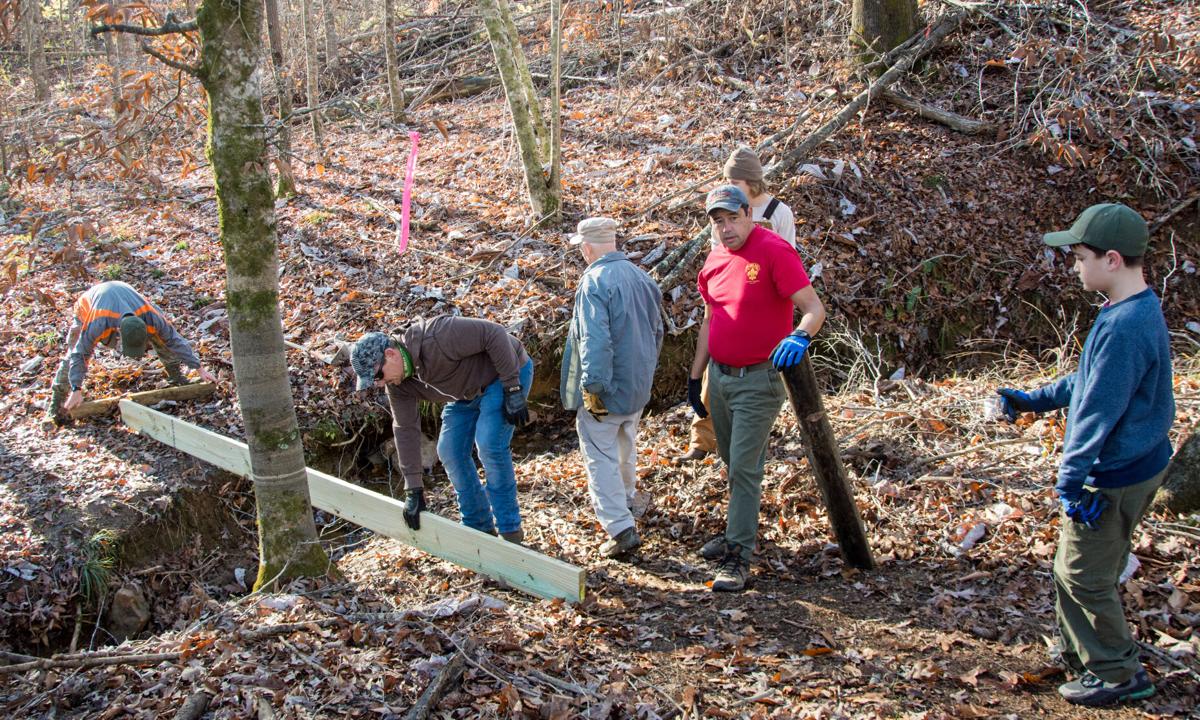 Owen and volunteers constructing a bridge. 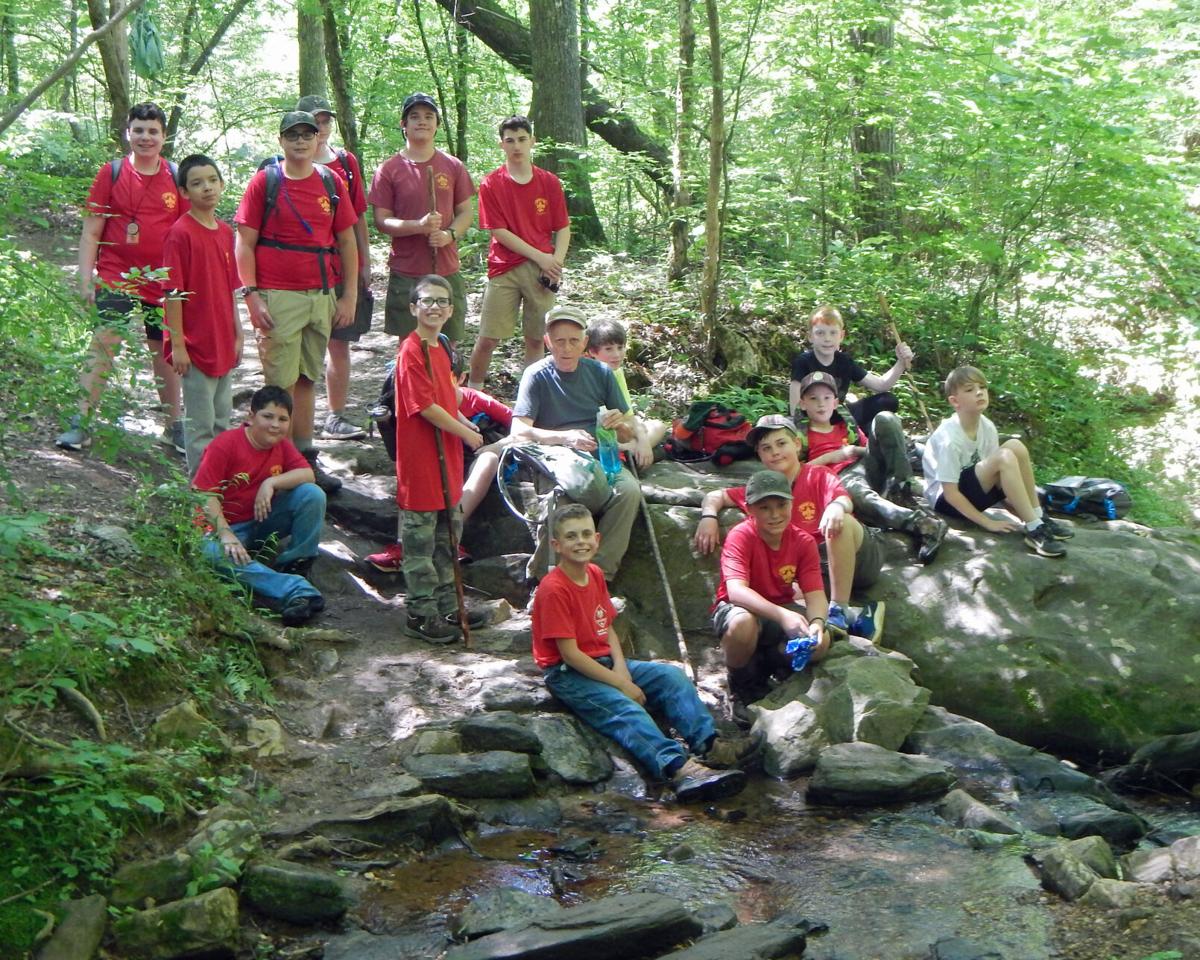 Owen and volunteers constructing a bridge.

Canton resident Dan Owen has worked over the past four decades to ensure the county trail system is clean and beautiful for residents who walk along them.

Owen said he started clean up work on the trail system around 45 years ago as a county sponsored bicentennial project, and has continued to work along the trail system ever since. Along with help from dozens of volunteers and local groups who share the same desire as he does, community members have been able to hike and traverse the trails for many decades now.

“Being a lifelong Canton resident, I have always been interested in the history of the city,” Owen said. “So when the Cherokee County Historical Society started in 1975 as a part of a bicentennial project, I became involved with that. I was, and still am very passionate about the trail system that came to be through this project.”

Owen, describing the current trail system map, said the main trails are located on, or adjacent to, historic roads that extended along the Etowah River from a ferry crossing of the Etowah River west of Canton. He said these historic roads were rediscovered by members of Scout Troop 241, which Owen is currently a committee member of, while camping on former Jones Mercantile and Canton Cotton Mills property in the area, or the Laurel Canyon development. Owen, who used to be scoutmaster of this troop at one point, said the troop’s regular camping spot was on the pond, now located within the Laurel Canyon Golf Course.

“After we discovered these historic roads, we came to the bicentennial committee and suggested creating a historical nature trail along some of these roads,” Owen said. “It was approved and we got started on the trail system. An old map of Cherokee County from 1895 was also reprinted as part of this project. So that’s really how I got interested and involved with all of this.”

Owen said when the work began, he was an assistant scoutmaster with Scout Troop 241. Now, 45 years later, he still works with the troop, as well as a new group called “Sutallee Trace Trail Stewards,” which is dedicated to preserving the historic Sutallee Trace Trail located within this trail system. Owen works with the stewards group to help coordinate and make sure that the groups are staying within the restrictions placed by the Cherokee County Water and Sewer Authority, and the U.S. Army Corps of Engineers, both of which own the majority of the trail system, with the exception of the small trail area located at Boling Park.

A friend of Owen, Charles Barnes, has worked with him on many occasions, helping to preserve, clean, and rebuild areas of the trail system that have been damaged due to weather, insect infestations, or clear cutting.

“I met Owen around 10 years ago when he took a group of us on a hike to show us the trails in and around Boling Park,” Barnes said. “The first time I worked with him was when the tornado went through Boling Park. He got a group together to clear off the trees along the trails. I was impressed by his determination to clean up the area, so I got involved with him after that in cleaning trails and building bridges along those trails. He has been a key driving force for beautifying this trail system for many years now.”

Barnes said that due to a pine beetle infestation, the hiking trails in Boling Park were clear cut. It devastated the hiking trails from the park, up to the old church on Shoal Creek Road. However, because of efforts of a group of volunteers, the trails are being resurrected under the guidance of Owen.

Owen, volunteers and local groups are also working on extending the greenway and trails west, to the Georgia National Veterans Cemetery. Owen said there is also hope to connect the greenway by trails north to Laurel Canyon. This proposed trail connection could then be connected to Great Sky and the Hickory Log Reservoir to form an extended greenway connection west of Canton.

Owen added that he and the local groups and volunteers are grateful to the U.S. Army Corps of Engineers and Cherokee County Water and Sewerage Authority for allowing the use of their property for public-use pedestrian nature and historic trails.

Lights on the Lake collects $4K for Children’s Haven

The Children’s Haven in Canton was the recipient of a $4,000 donation recently, thanks to the Lights on the Lake Christmas Boat Parade held on…