The Latest: India IT hub Bangalore in lockdown … 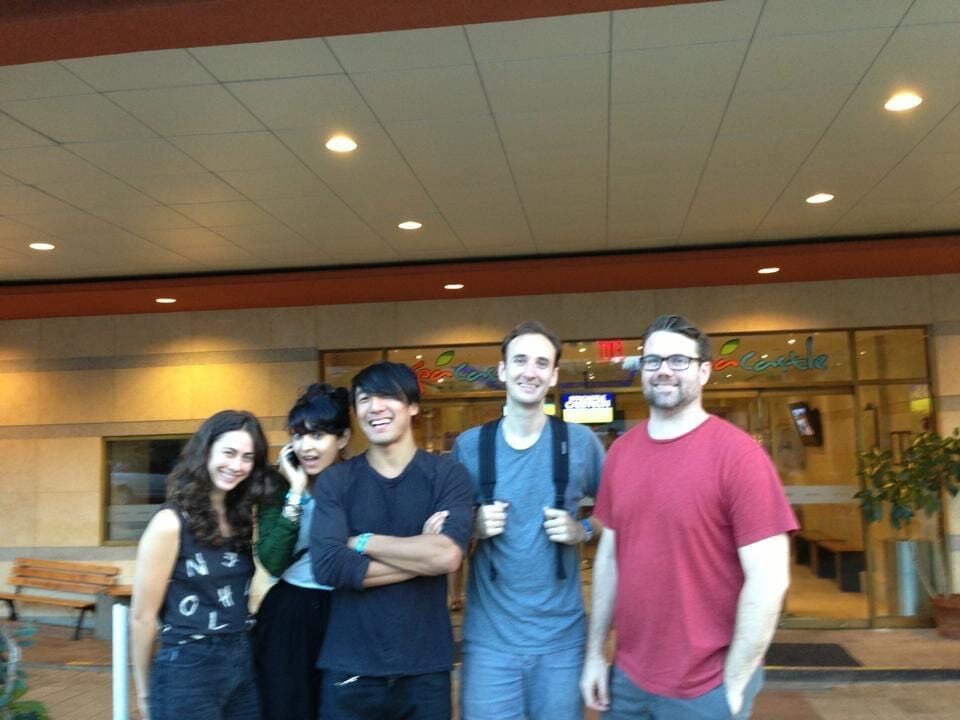 From left, employee at the time Kate Bell, Jess Gilliam, co-owner Alex Chung, Tyler Menzel, and Nick Hasty pose for a photo back in 2013, within the first six months of GIPHY starting.

From left, employee at the time Kate Bell, Jess Gilliam, co-owner Alex Chung, Tyler Menzel, and Nick Hasty pose for a photo back in 2013, within the first six months of GIPHY starting.

Canton native Nick Hasty is a part of the popular research database and website known as GIPHY, which is now a part of Facebook thanks to a $400 million buyout on May 15.

Hasty, who is one of GIPHY’s engineers, has been a part of the company since 2013. He is a coder and computer programmer who helped build the GIPHY website, where users find short images that can express an idea they want to convey, or help reinforce one. He also works on technical products and machine learning, which he described as basically teaching computers how to recognize objects in videos and use them as GIFs.

Hasty said that when he joined the company in 2013, Alex Chung and Jace Cooke had just founded the company not long before he came aboard. Hasty met Chung at New York University, where he attended after graduating from the University of Georgia. At NYU, Hasty decided to change his career path as his interests moved into another direction.

“At NYU I got into working with computers and started programming heavily,” Hasty said. “I was a musician for a long time growing up, playing in Marietta Square and in downtown Canton with different punk bands. I got involved in the music scene while at NYU doing programming for a contemporary art museum with an internet art wing. It was there where I started working with GIFs.”

Hasty said that, at that time, GIFs were an early art form on the internet and that Chung and Cooke were both looking for engineers. He said that Chung had plenty of experience working with startups and tech since the late 1990’s and that he believed GIPHY would be a good fit for his skill set.

“It was kind of just the right place at the right time in regards to me joining the GIPHY team,” Hasty said. “I had a lot of experience in that field and I worked very hard along the way to get to that point.”

Hasty said the company was able to predict, with reasonable probability, that people would want to communicate with short videos. People were already using emojis to display emotions through their phones, so Hasty said that GIPHY figured in 2013 that people would want to use gifs to help display various emotions and thoughts via their smartphones, which were also becoming increasingly popular.

“GIFs were pretty much only found on Tumblr and other spots on the internet at that time and we were noticing how people were using GIFs online,” Hasty said. “We wanted to be able to help people take GIFs from the internet and give them the capability of using them through their phone.”

New GIFs are created for the website everyday. GIPHY works with many different companies throughout the world to create original content and gives them a new alternative to allow brands to advertise through communication. Users can upload user created GIFs to the website as well, serving as a way to let people play with and enjoy pop culture.

“The goal of GIPHY is to make people laugh and express themselves,” Hasty said. “What you can say in a couple of words in a text you can say way more through a GIF.”

Hasty said that GIPHY serves 10 billion GIFs a day across the internet. He said he was very pleased when GIPHY was bought and that this will allow the company to spread GIFs around the world even more effectively.

For more information on GIPHY, visit their website at https://giphy.com.