Surveillance video shows a man, identified as Ronald Lynch, pacing on the steps of a neighbor’s porch with a gun. Lynch was sentenced in an armed assault of his wife. 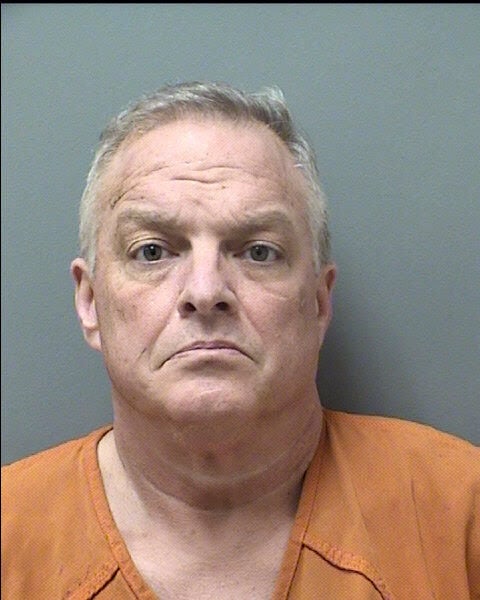 A Canton man has been sentenced to serve two decades in prison for an assault in which he pointed a gun at his wife’s forehead and pulled the trigger. But the gun wasn’t loaded, and she escaped.

In the late evening on March 11, 2020, at a Canton home, while a child was present, Lynch grabbed his wife, pushed her down, and brandished a firearm, authorities said. He pointed the weapon at his wife’s forehead, with the barrel of the gun touching her skin. He pulled the trigger, the gun “clicked,” but no bullet discharged. The gun wasn’t loaded.

Lynch went into another room to search for ammunition, and the woman was able to escape from the home with the child. She called 911 and the child remained on the phone with dispatch.

Lynch then went to a nearby residence and asked, through a surveillance camera, if his wife was inside that home. Surveillance video showed a man holding a gun and pacing on the front porch.

While he was on the neighbor’s porch, Canton police arrived and arrested him.

“If there had been bullets in that gun, we would have been here for a murder trial,” said Assistant District Attorney Rachel Ashe, who prosecuted the case. “He was surprised when the gun didn’t fire so he went for bullets, and then he went looking for the victims. His actions are inexcusable. This could easily have been a homicide.”

“On March 11, 2020, a woman and a child were subjected to a horrific situation in which one or both of them could have died. The child involved showed amazing courage in talking to 911 dispatchers so police were quickly alerted,” Wallace said. “Fortunately, the gun was not loaded and no one was physically injured. Through this sentence, the defendant will be held accountable for his actions, and these victims and our community will be protected from this defendant.”

If you or someone you know is affected by domestic violence and/or strangulation, please contact the Cherokee Family Violence Center, CFVC.org, 770-479-1703 (24/7 crisis hotline). In case of an emergency, call 911.