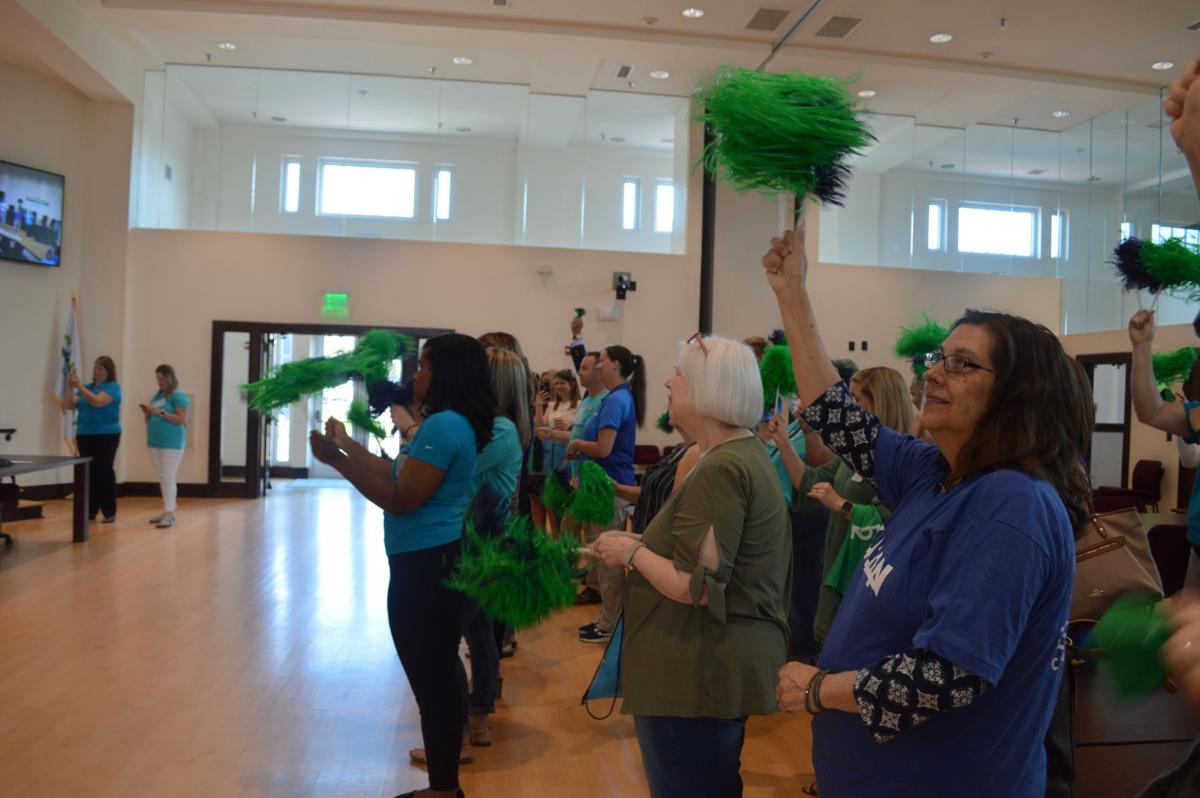 Citizens came out to get excited about what Canton has to offer. 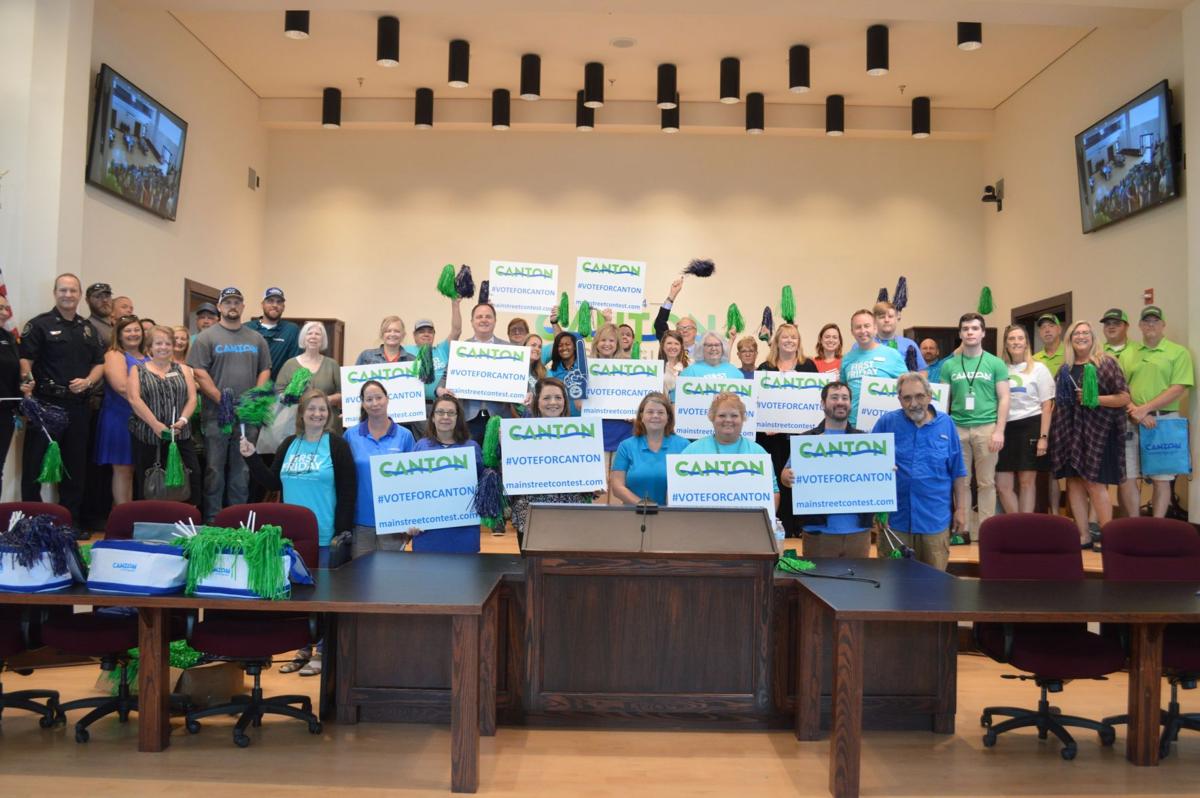 The pep rally was held in the City Hall Auditorium and Billy Peppers joked that it was appropriate to hold this event in a space that used to be a high school auditorium. 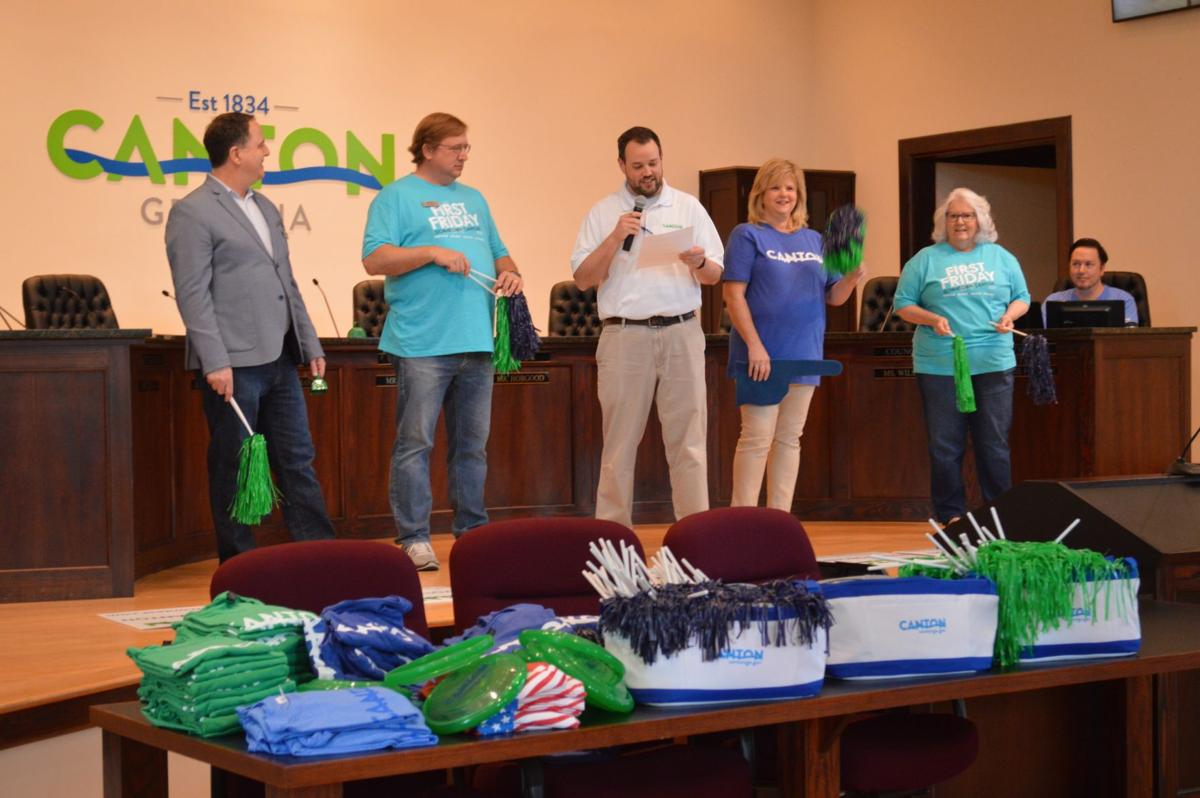 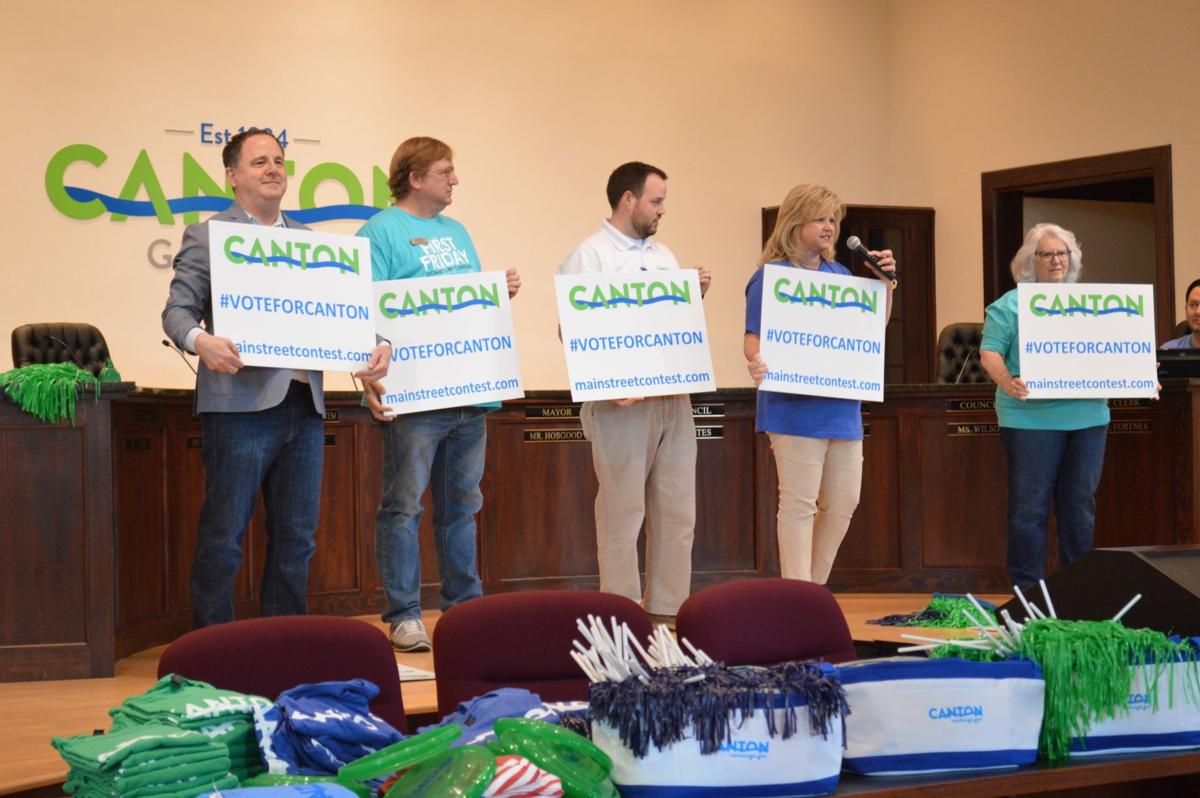 Downtown Development Manager Velinda Hardy is encouraging citizens to use the hashtag #VoteForCanton when they vote on the Main Street Contest website. 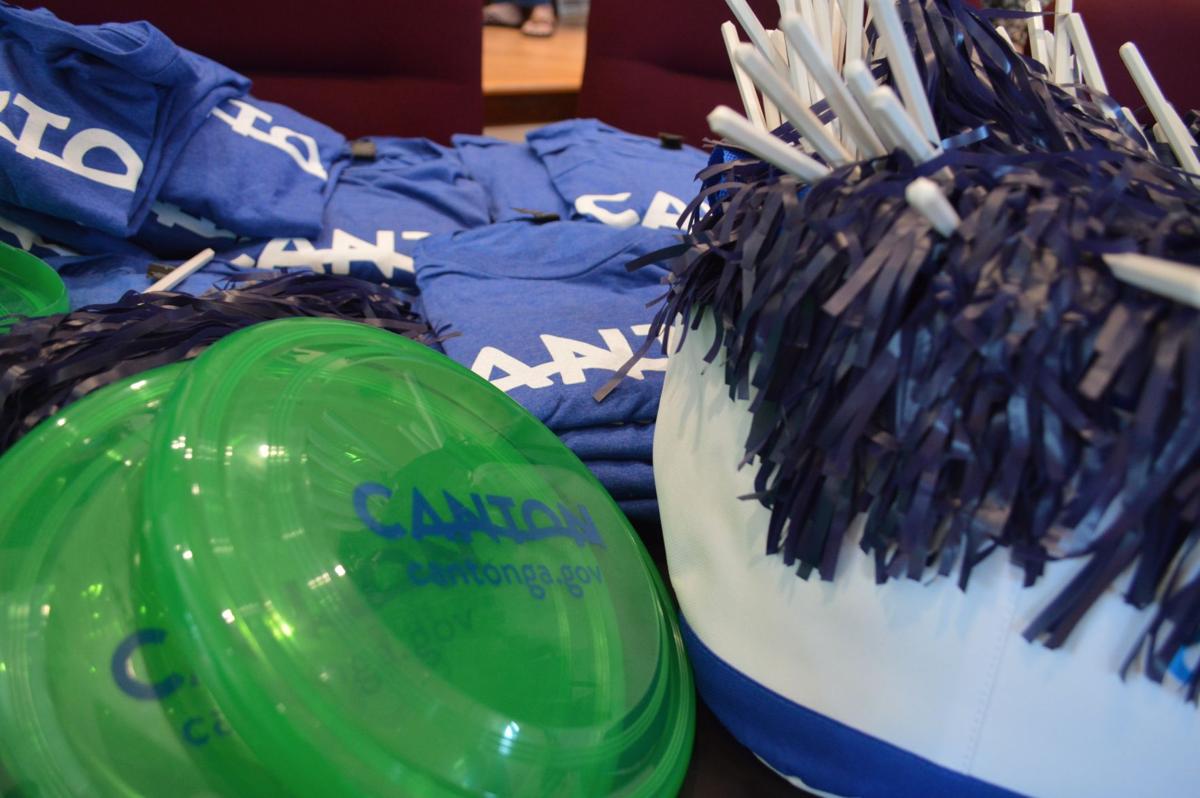 Canton t-shirts, frisbees, pom poms and bags were given out to all attendees.

Citizens came out to get excited about what Canton has to offer.

The pep rally was held in the City Hall Auditorium and Billy Peppers joked that it was appropriate to hold this event in a space that used to be a high school auditorium.

Downtown Development Manager Velinda Hardy is encouraging citizens to use the hashtag #VoteForCanton when they vote on the Main Street Contest website.

Canton t-shirts, frisbees, pom poms and bags were given out to all attendees.

CANTON - On Monday, a "pep rally" to celebrate an exciting weekend in Canton, also revealed the city as a finalist for a $25,000 grant.

City Manager Billy Peppers kicked the pep rally off by introducing “the top 10 reasons you should be excited to live in Canton”:

10. The trail options and connectivity are about to explode in Canton. By the next calendar year, city staff is hopeful to have all the parks in Canton connected by a trail system.

9. The new Canton Theatre Events and Facilities Director was announced as Kristin Gauthier. Soon the theater will be premiering new programs including a movie series sponsored by LGE credit union, including date nights at the theater and “binge moviethons” where you can watch a whole movie series at one time. Peppers also highlighted the Etowah Film Festival that will be held at the Canton Theatre from May 23 through 26. Film makers from across the country, student films, independent films and more will be premiered at this festival.

8. Peppers announced that city officials are working with a new business to open up excursions on the Etowah river. This business will bring excursions like kayaking, canoeing and more for Canton residents and visitors to enjoy.

7. This Thursday the City Council will hear first proposal for a parking deck downtown which should be designed and bid out by the end of this year and built by the end of next year.

6. Backyard Products,LLC, an outdoor building and playground equipment manufacturing company is consolidating divisional operations into a single facility in Canton.

5. The Mill on Etowah continues to see progress and growth as new businesses sign on. So far there are six restaurants (yet to be announced), Thrive Coworking, Reformation Brewery, the Cotton Mill Exchange, Liberty Hill Church, ClickFunnels and Rayven Candles.

2. Events happening this weekend include:

1. Canton is in the top 25 for the American Main Streets Contest which would provide a $25,000 grant if won. Velinda Hardy, Downtown Development Manager, said that the money would go straight into supporting small businesses within Canton. Voting is now open for the top 10, visit https://www.mainstreetcontest.com/profile/163

A home for small businesses: Thrive Coworking coming in 2019

The bare, brick archway leads into a wide open room filled with potential. As Ramon Gonzalez, co-founder of Thrive Coworking, wanders the spac…

Liberty Hill Church to remain at the Mill amid construction

CANTON - Although construction and development surrounds them, Liberty Hill United Methodist Church (now Liberty Hill at the Mill) will remain…

Canton Main Street has been nominated for the Independent We Stand America’s Main Street Contest. The prize is a $25,000 grant that will benef…