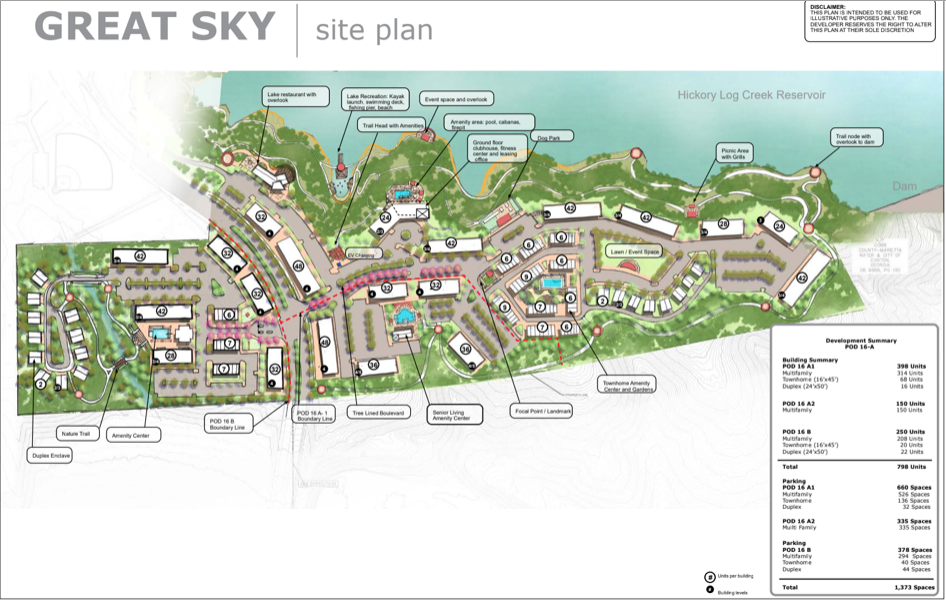 700 homes are coming to Reservoir Drive, south of the Great Sky neighborhood. The original plan was for 798 homes, but the Canton City Council and developer agreed to decrease the number, along with other conditions. 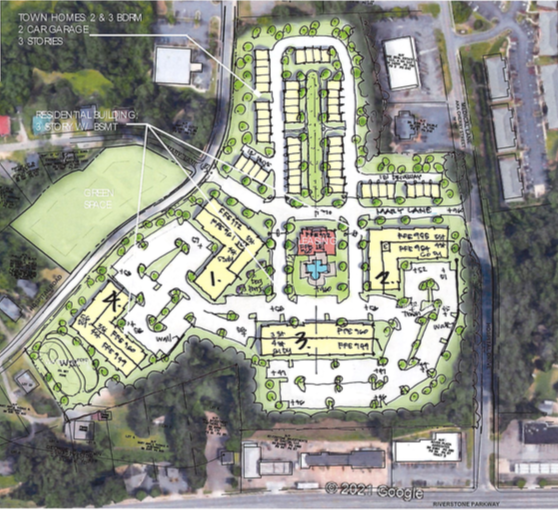 A map shows plans for a proposed 310-unit residential development at Hospital Road in Canton consisting of 210 apartments and 50 townhomes.

700 homes are coming to Reservoir Drive, south of the Great Sky neighborhood. The original plan was for 798 homes, but the Canton City Council and developer agreed to decrease the number, along with other conditions.

A map shows plans for a proposed 310-unit residential development at Hospital Road in Canton consisting of 210 apartments and 50 townhomes.

The Canton City Council has approved a permit for a developer that plans to bring 700 homes and a restaurant to Reservoir Drive, despite opposition from nearby residents.

The city council voted 4-2 Thursday to approve a conditional use permit for Landeavor, LLC to build the 700 homes on nearly 60 acres south of the Hickory Log Creek Reservoir and the Great Sky neighborhood. Council members Will Carlan, Shawn Tolan, JoEllen Wilson, and Brooke Schmidt voted in approval of the CUP, with Nick Estes and Sandy McGrew voting in opposition.

Last month, Landeavor applied for a permit to build 798 homes at the site: 672 multi-family units, 88 townhome units, and 38 duplex units. The request also included a lakeside restaurant, a trail system, amenities within the residential portion of the development, and 1,373 parking spaces. The CUP request was brought to the Canton City Council at an Aug. 4 meeting, where it was met with opposition from Great Sky residents and some council members. At the Aug. 19 meeting, the city council agreed to table a vote until Thursday’s meeting because Wilson was absent.

Adam Lorry, managing principal at Landeavor, said the price range for the homes is undetermined.

Carlan suggested a list of conditions and changes to the application Aug. 4, which the city council approved Thursday, along with additional city staff conditions. The list of conditions include decreasing the number of units to 700, with no more than 502 multi-family units; requiring the developer to contribute $75,000 to assist in the payment for a traffic signal at the intersection at Teasley Middle School; requiring the developer to create sidewalk and pedestrian crossing connectivity to the nearest safest place, which could be Canton First Baptist, or add a hybrid beacon at another crossing location; creating a trail system for public access to the reservoir; and creating a plan for a restaurant, brewery, or event space in a location adjacent to the reservoir.

Carlan said at the Aug. 19 meeting that the project will have a diverse range of housing and density.

“The applicant has heard the concerns of this council, and they’ve created amenities and a restaurant and brewery concept that will serve more than just the residents within the apartment complex,” he said Aug. 19. “This is the best opportunity the city is going to have to direct this development.”

Estes and McGrew said they want to listen to citizens’ opposition to the development.

“The emails I’ve received are overwhelmingly opposed to the apartments,” McGrew said at the Aug. 19 meeting. “I’ve said all along that ward 1 (where this development will be) is full. We don’t need any more high density homes, and I don’t think this is very good use of waterfront property. I don’t think apartments are what we need.”

Schmidt said the city council’s job is to listen to the residents, but to also look at the city’s big picture, the city’s roadmap, and potential litigation.

In 2019, the developer proposed a plan that also had 798 housing units, but didn’t have many of the reservoir aspects, which the city council ultimately denied. Landeavor filed a lawsuit against the city, arguing Canton’s permit process was illegal, while city officials maintain that it is legal. The approved permit serves as a settlement to that suit.

If the city council denied this request, and Canton lost the lawsuit, then the developer wouldn’t need the council’s permission to build the maximum density of multi-family under the master plan, which is a little over 1,000 units, Carlan said.

Also at the meeting, the Canton City Council unanimously voted to table a rezoning application at Hospital Road for plans to build over 300 homes.

WP Acquisition Group, LLC requested a master plan, conditional use permit, and rezoning of almost 18 acres to construct a 310-unit residential development at Hospital Road in Canton. Ken Patton, Canton’s community development director, said last month that the project would consist of 260 apartments and 50 townhomes along Hospital Road, Hospital Drive, and Mary Lane. The developer would also realign Mary Lane so it would run through the development.

A list of conditions are proposed along with the application, namely landscaping requirements that will help to positively impact surrounding homeowners to the south and southwest of this proposed development, and a condition that all streets will be private. Ken Patton, Canton’s community development director, said the applicant would donate $30,000 for traffic improvements to be used outside of the development.

Schmidt and Tolan suggested tabling the request until the council’s next meeting to allow for further discussion and to gather more information on the impact that this development could have on surrounding intersections, such as Medical Lane and Riverstone Parkway, possible solutions, and timeline of possible improvements.

The next city council meeting will start at 6 p.m. Sept. 16 at City Hall, 110 Academy St. in Canton. The meeting will also be live streamed at canton.legistar.com/Calendar.aspx.

Hmm.... why do I not see anything about building new schools when talking about bringing in all these new homes... Hmmmm....