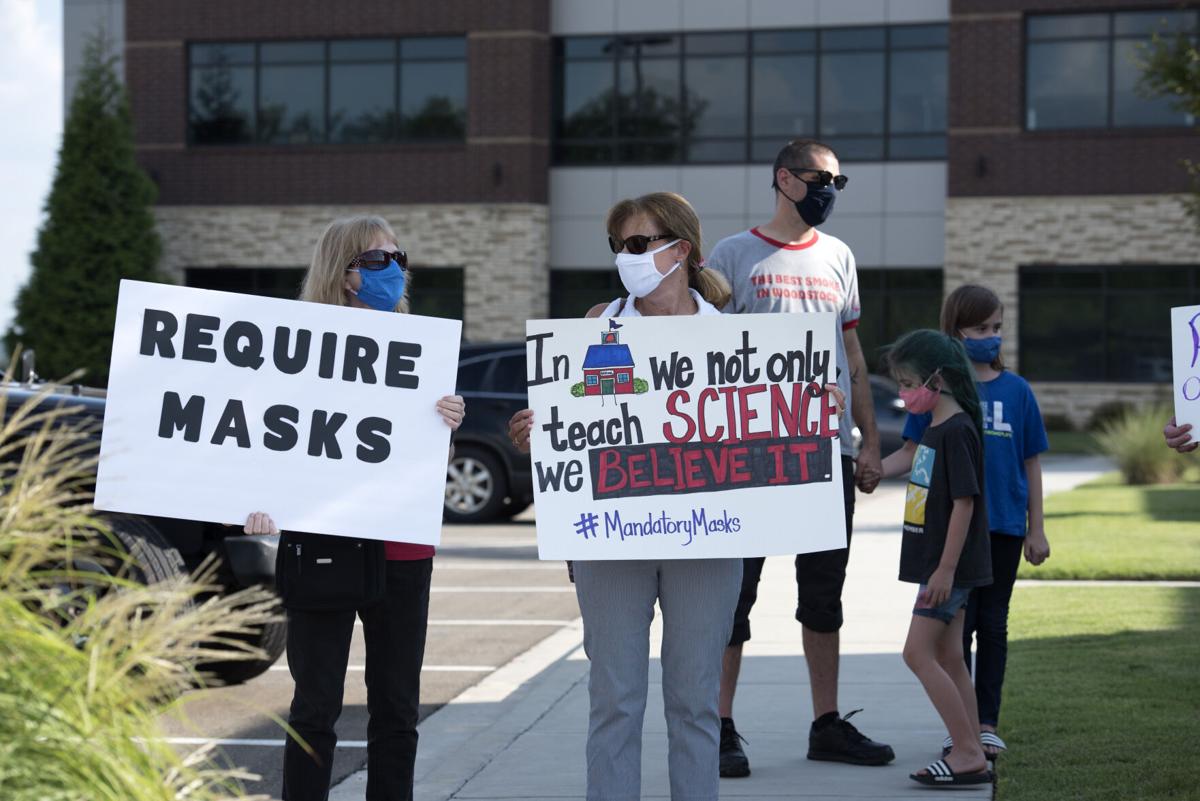 Dozens of teachers from Cherokee County School district gather outside a school board meeting to voice their anger over plans to reopen schools without a firm mandatory protective mask policy when in-person classes resume in August. 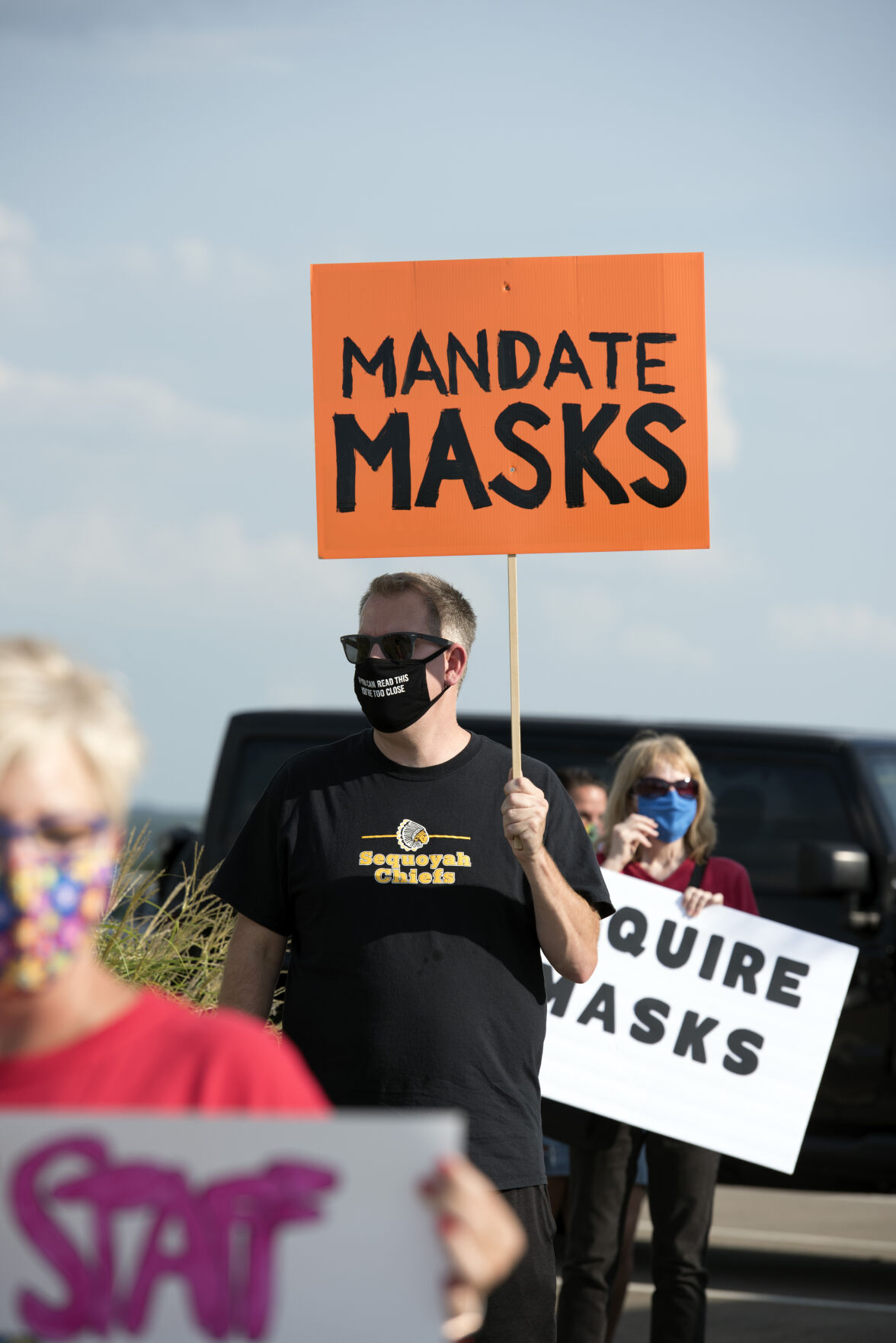 The school board announced last week that students would not be required to wear a mask in school, but could if they chose to. 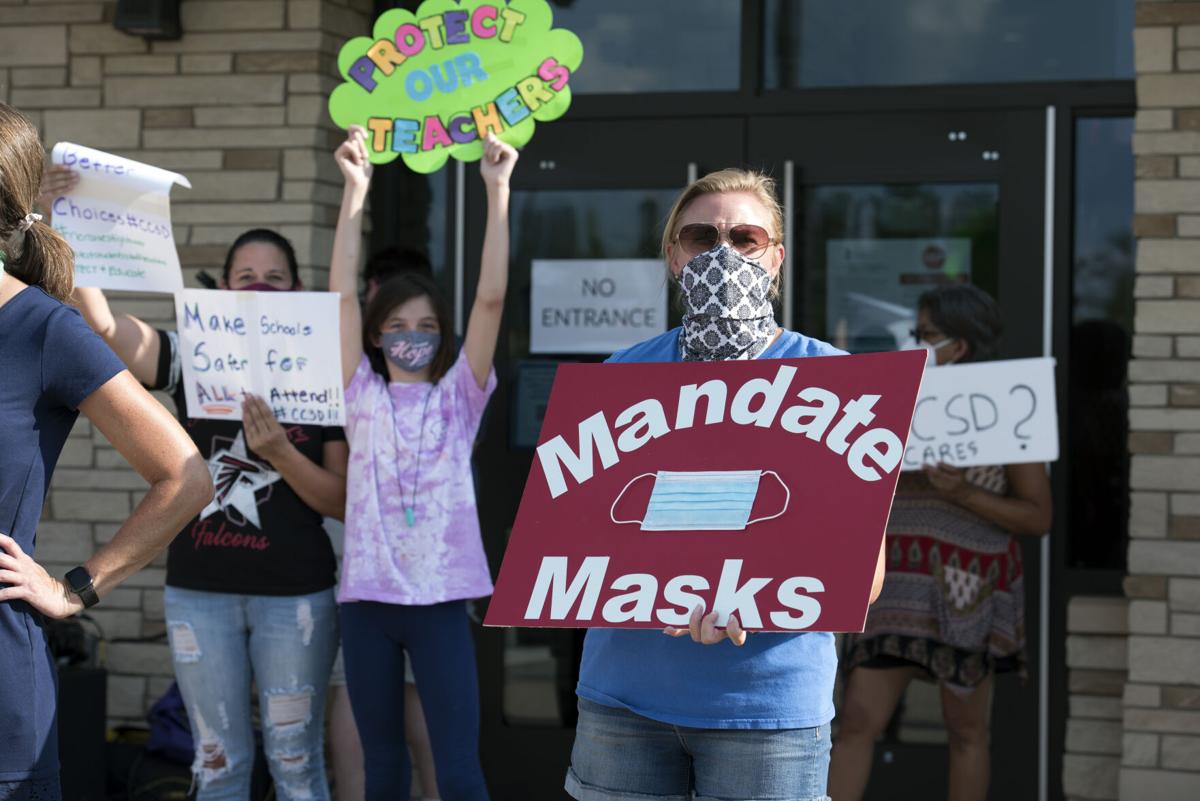 Teachers and others protested outside the Cherokee County school system offices before and during a school board meeting Thursday night.

Dozens of teachers from Cherokee County School district gather outside a school board meeting to voice their anger over plans to reopen schools without a firm mandatory protective mask policy when in-person classes resume in August.

The school board announced last week that students would not be required to wear a mask in school, but could if they chose to.

Teachers and others protested outside the Cherokee County school system offices before and during a school board meeting Thursday night.

CANTON — More than 85 people protested outside the Cherokee County Board of Education meeting Thursday to voice their displeasure with the current plan to reopen local schools on Aug. 3.

Demonstrators said they want system officials to at a minimum require the wearing of masks by students to reduce the chances of the spread of novel coronavirus, which sparked a global pandemic this spring and is ongoing. School buildings were closed from mid-March through the end of the school year in May to prevent spread of the virus, which has killed more than 130,000 people nationally and more than 3,000 in Georgia.

“Our No. 1 request is to have everyone wear a mask,” said protest organizer Miranda Wicker, a former Cherokee County teacher. “It’s the one thing we know stops spread and transmission of this virus back and forth. And, right now our teachers are being asked to go on the front lines and they’re not being protected.”

The Cherokee County School District’s reopening plan requires employees to wear masks when unable to remain 6 feet away from other people. The plan encourages students to wear them, but does not require them to.

Other parents in the protest said school system leaders did not make the best decision, not only for staff and student health, but also for community health.

“I’m sure there was a lot of community pressure on them,” parent Mandy Marger said. “Of course I would like for my kids to be back in school, too. I do believe face-to-face learning is how these kids are going to learn best. But, in this moment in time it’s not proven safe and we are going to be the guinea pig for the world.”

Though the reopening plan was not on the school board’s agenda Thursday, Superintendent Brian Hightower did give an update on the plans.

During the meeting many of the protesters came inside and held up the signs they had been carrying while demonstrating outside. They applauded when Hightower mentioned the decisions made earlier Thursday by Cobb and Fulton County schools to start the school year with online instruction.

Only one member of the public signed up to speak during the meeting and it was a parent who praised the reopening plan and said her children were eager to return to school.

When the meeting was adjourned several demonstrators shouted. “When a teacher dies, it’s going to be on your shoulders,” one person said.

Before the meeting, the school board held its third and final public hearing on the 2020-21 year budget, which saw a $25 million drop in state support caused by the coronavirus pandemic.

Board members praised administrators for being able to create a budget that included a raise for eligible employees, avoided unpaid furlough days and kept the 180 instructional calendar intact.

I saw a parent on TV the other evening, and she said her children would not keep masks on. I don't have children in school, but I can only imagine a group of first graders keeping on masks during their entire school day.