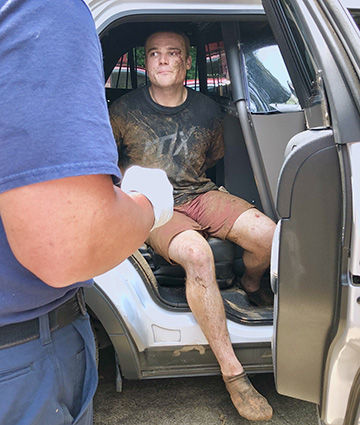 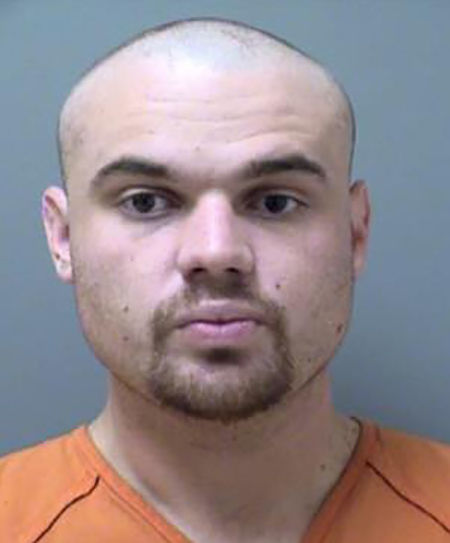 A Cherokee County man has pleaded guilty to a more than three-week crime spree last summer that ended when a resident held the fugitive at gunpoint until Sheriff Frank Reynolds arrested him.

Jacob Cole Henson pleaded guilty to 25 criminal counts that made up a string of vehicle thefts and other crimes that occurred between July 21-Aug. 13, 2018.

Before his arrest, Henson took motorcycles, ATVs, trucks, and a car, abandoning one vehicle then taking another. Thefts took place in Ball Ground, Canton, Holly Springs, and Waleska, as well as Bartow and Dawson counties.

Cole was arrested in Waleska after he stole a small dirt bike, wrecked it, then attempted to escape Cherokee Sheriff’s Office deputies on foot.

“Jacob Henson had no respect for anyone else’s property and for three weeks acted with total disregard of the law,” said Deputy Chief Assistant District Attorney Holly Varner, who prosecuted the case. “The citizens of Cherokee County can rest assured that acting like an outlaw is not acceptable here and will be prosecuted to the full extent of the law.”

According to a statement from District Attorney Shannon Wallace’s office, Henson pleaded guilty to:

♦ Two counts of theft by receiving (one motorcycle and one car),

♦ Two counts of fleeing and attempting to elude a police officer,

♦ Two counts of burglary in the first degree,

♦ Criminal attempt to commit a felony;♦ and

♦ Failure to wear protective gear on a motorcycle.

Judge Ellen McElyea sentenced Henson to 20 years, with the first eight years to be served in state prison and the remainder of the sentence is to be served on probation. Special conditions of the sentence include no contact with witnesses or victims, or their family members. Henson must also pay restitution to victims in the amount of $27,281, complete 320 hours of community service work, complete a substance abuse evaluation and follow any recommended treatment, as well as fulfill other general probation conditions.

“Mr. Henson’s crime spree terrorized Cherokee County residents to the extent that the Cherokee Sheriff’s Office warned people that he was ‘violent’ and ‘armed and dangerous.’ His criminal acts were senseless, violent, and dangerous,” Wallace said. “This kind of criminal behavior will simply not be tolerated here.”