Both sides play the blame game as virus relief …

Fauci: Schools should be outdoors as much as possible 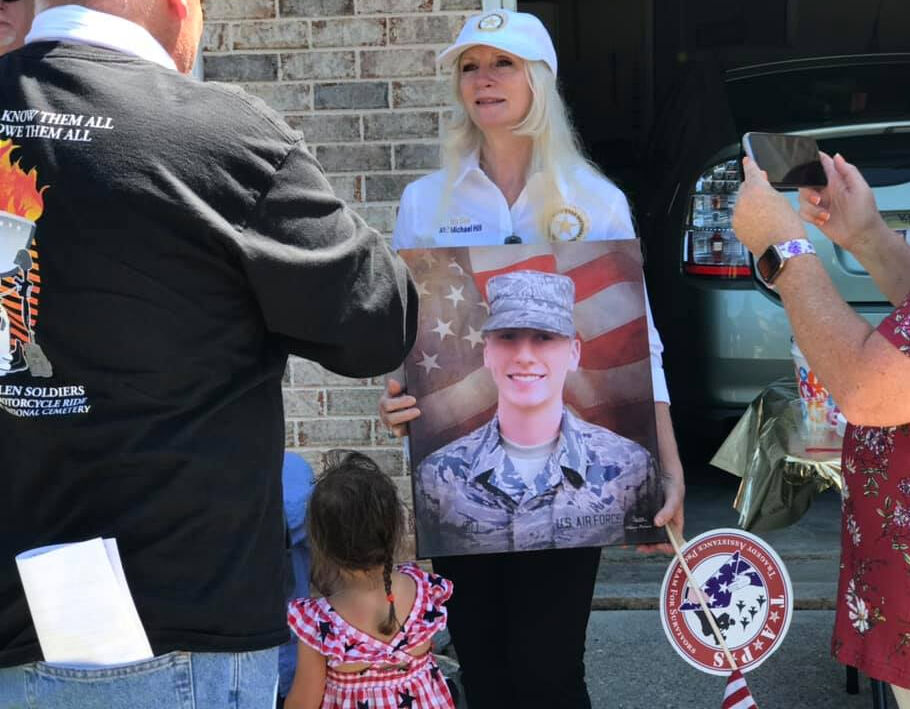 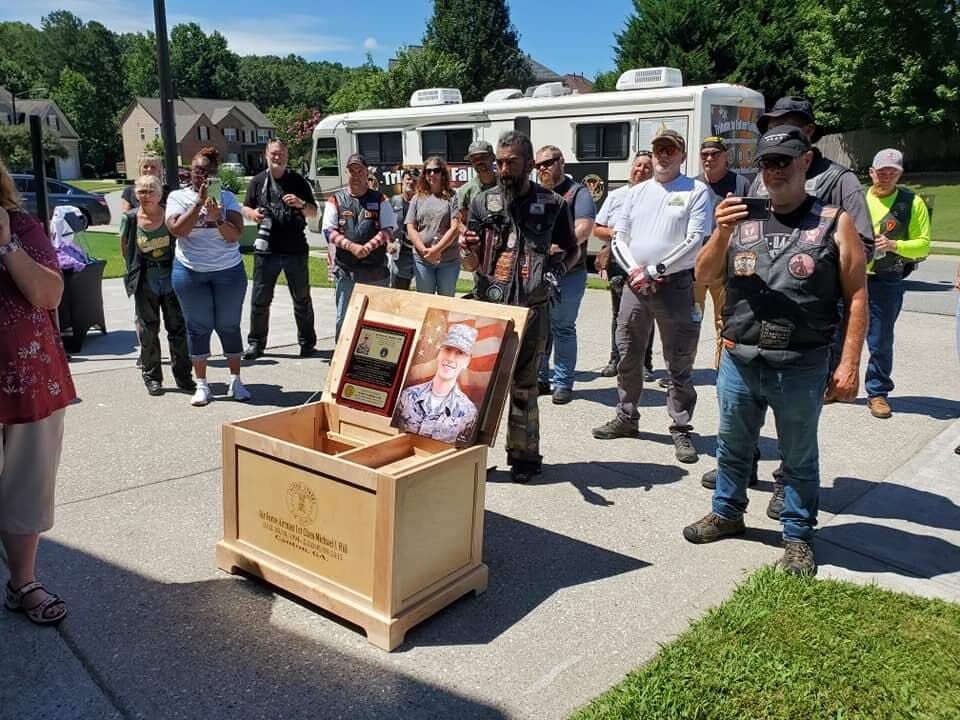 Torch Run participants gathered for a home visit with Karen T. Hill to honor the life and service of her son, Airman First Class Michael Hill. 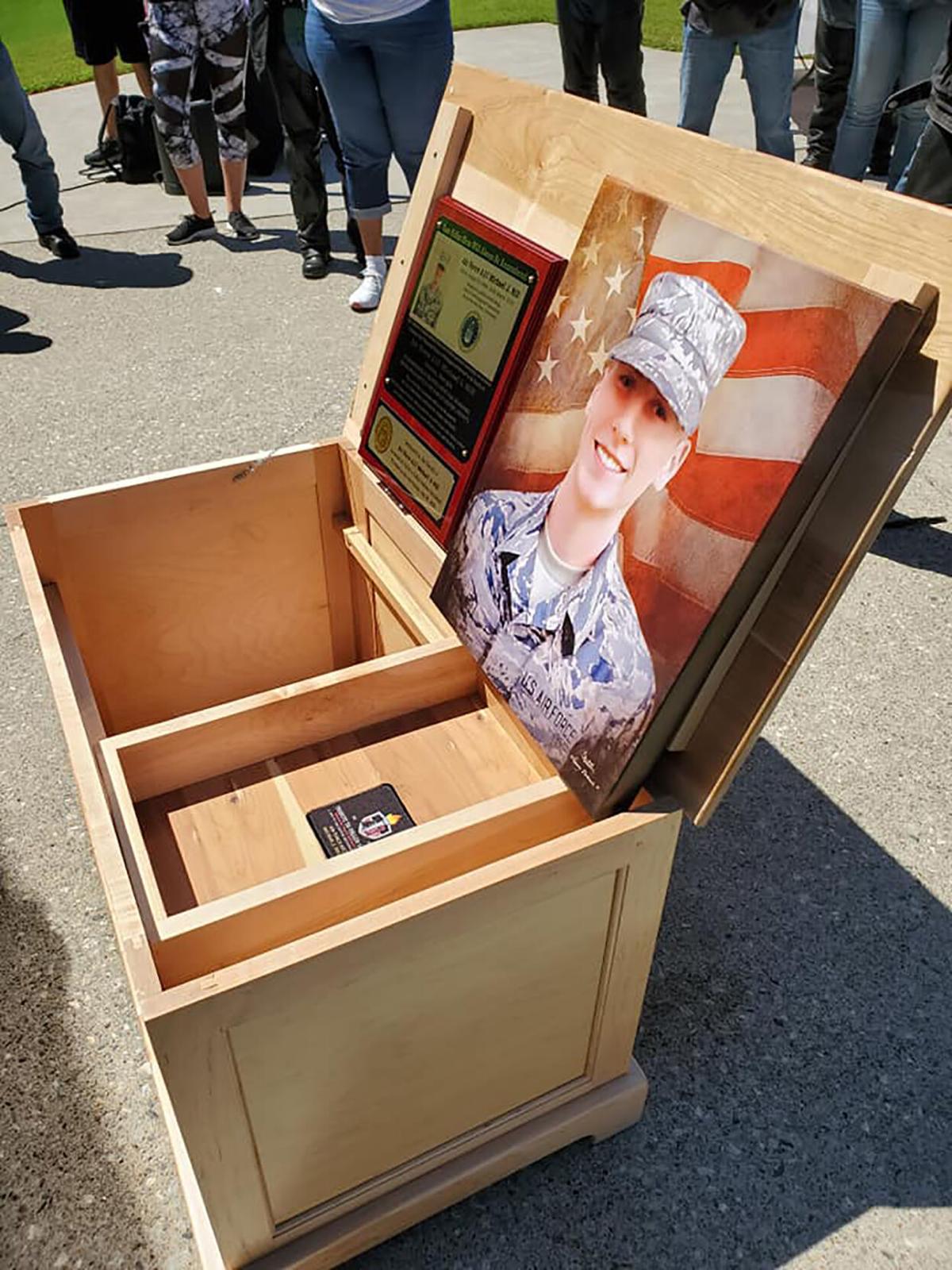 Gold Star mother Karen T. Hill was presented with this box of mementos in honor of her son Michael Hill, who was killed in 2015 while serving in the U.S. Air Force in Germany. 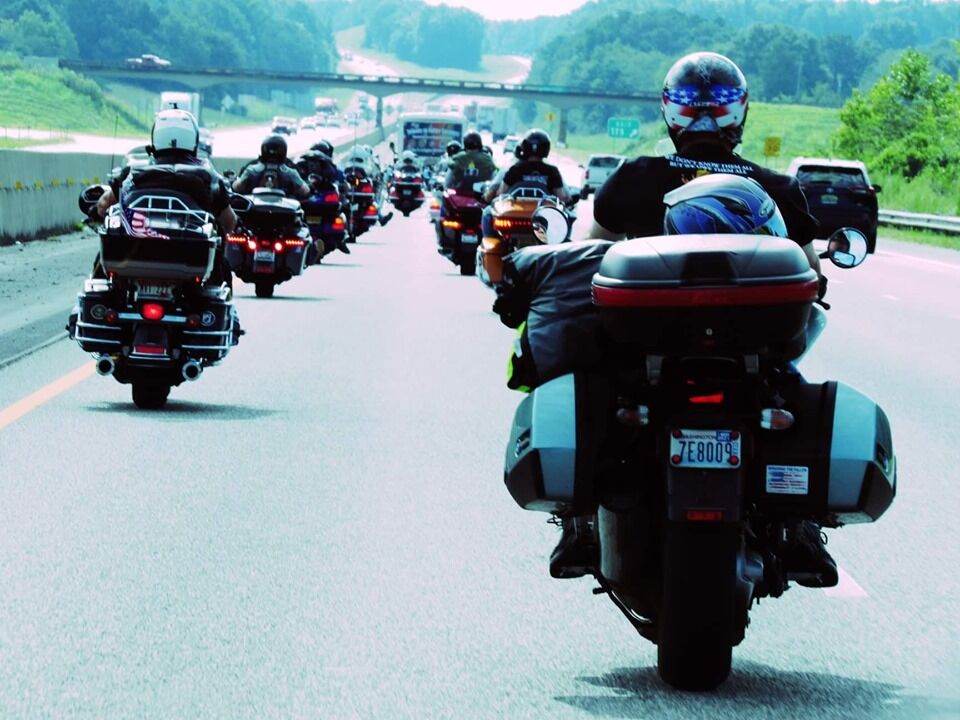 The Tribute to Fallen Heroes Torch Run began in Oregon in July and ended at Arlington National Cemetery outside Washington, D.C. in early August.

Torch Run participants gathered for a home visit with Karen T. Hill to honor the life and service of her son, Airman First Class Michael Hill.

Gold Star mother Karen T. Hill was presented with this box of mementos in honor of her son Michael Hill, who was killed in 2015 while serving in the U.S. Air Force in Germany.

The Tribute to Fallen Heroes Torch Run began in Oregon in July and ended at Arlington National Cemetery outside Washington, D.C. in early August.

A cross-country motorcycle ride in tribute to fallen members of the U.S. military made a stop recently in Canton in honor of Air Force Airman First Class Michael Hill, who died in 2015 at the age of 20.

“I’m just so grateful that they honored Michael in this way,” his mother, Karen T. Hill said of the late July visit. “It’s so humbling and I will never forget this. I’m so proud of the man Michael became.”

Michael Hill was killed in a fiery traffic crash in May, 2015 while serving at Ramstein Air Force Base in Germany. On Sunday morning dozens of participants in the Tribute to Fallen Soldiers Torch Run stopped at the home of Karen Hill.

She was presented with a box that contained a plaque that commemorates Hill’s life and service, a portrait on canvas of a smiling Hill, as well as a patch commemorating the torch run.

“He was an amazing person,” Hill recalled, adding her son was proud to serve his country in the Air Force. She said her son had many friends, a great sense of humor, was a youth pastor, personal trainer and was accomplished in multiple martial arts. Hill was interred at Georgia National Cemetery, Canton. He was a 2012 graduate of Creekview High School and studied at Life University before joining the Air Force.

The annual torch run is a project of Tribute for Fallen Soldiers Northwest and travels each year across the country from the group’s home base in Oregon to Arlington National Cemetery outside Washington D.C., said the group’s Executive Director, Warren Williamson. Along the way the riders make stops in various states to visit with Gold Star families to honor the lives of fallen service members with those they left behind.

The group also made a stop in Loganville over the weekend to meet with the family of deceased Army Specialist Etienne Murphy and honor him.

The group set out July 2 from Eugene, Oregon and planned to arrive at Arlington National Cemetery on Aug. 2, according to the group’s website tributetofallensoliders.com. About 30 people set out in Oregon and other bikers join in for various parts of the ride. On Friday more than two dozen riders joined the group in Tuscaloosa, Alabama with plans to continue on to Atlanta, Williamson said.

This year’s ride has been complicated by the ongoing novel coronavirus pandemic, Williamson said. At an Elks Lodge where the group was to spend the night, members of the lodge turned the facility over to the riders, but had no direct contact with them. Normally, hosts would share face-to-face fellowship and hospitality with the riders, he said. And, the pandemic has negatively affected the charitable organization’s fundraising, he said. Anyone wishing to support the Tribute to Fallen Soldiers group can donate using a button on the its home page.