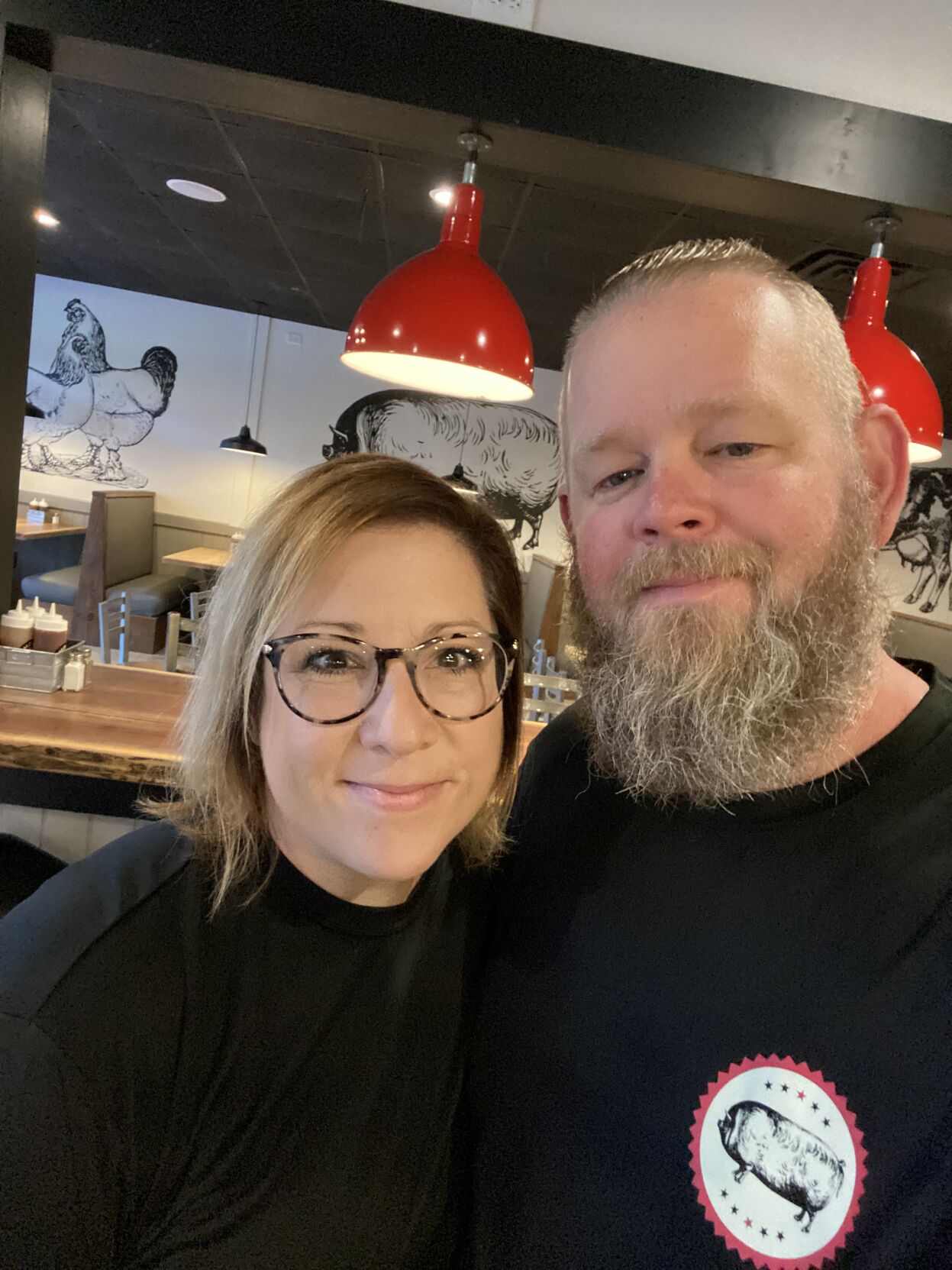 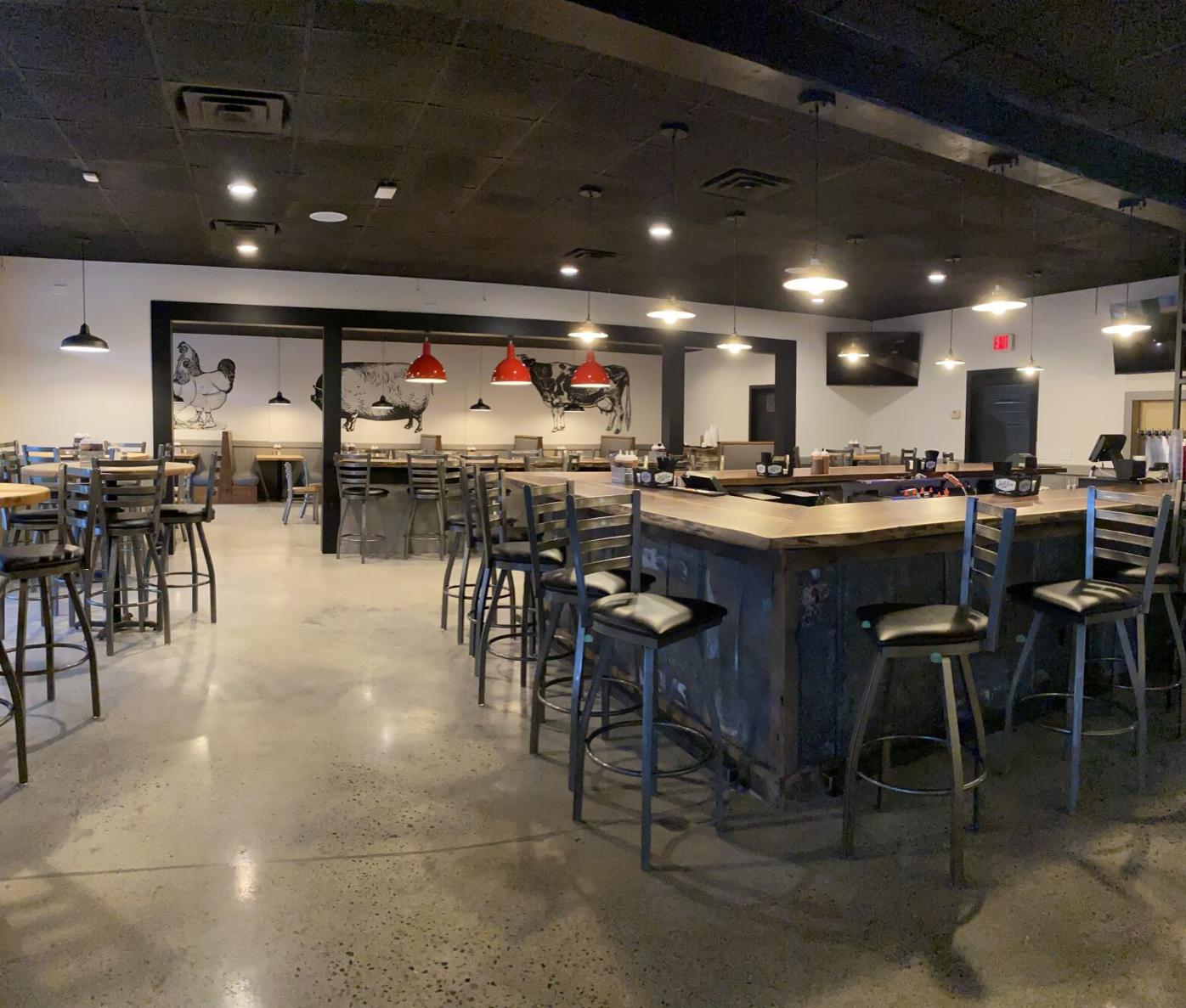 Choate BBQ opened in Ball Ground July 31. The restaurant features a similar menu of barbecue favorites from the food truck, while also adding additional items such as the smoked buffalo chicken dip, and fried pickles. Other features include 105 seats, a community table, and an area for large groups and parties. 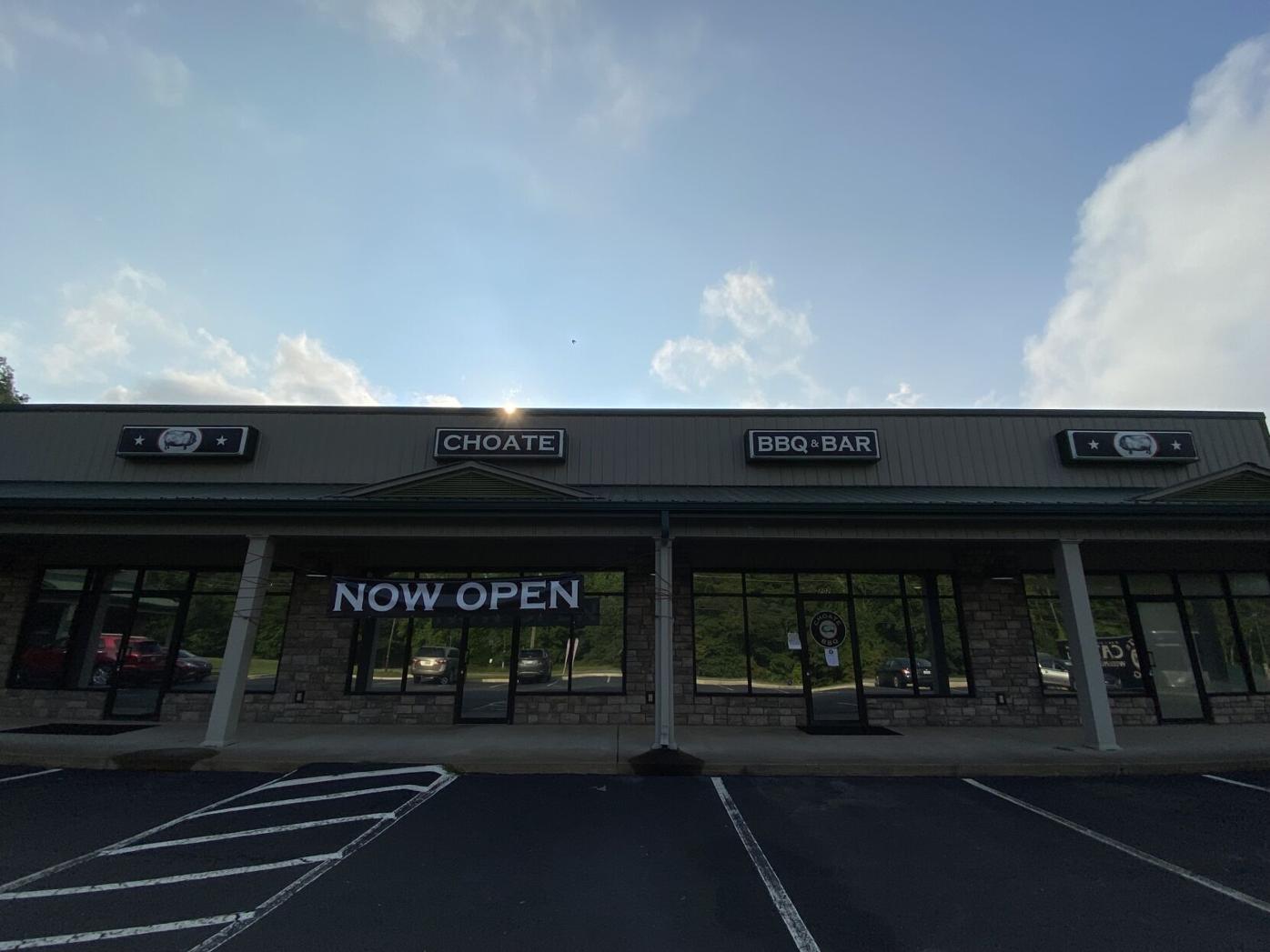 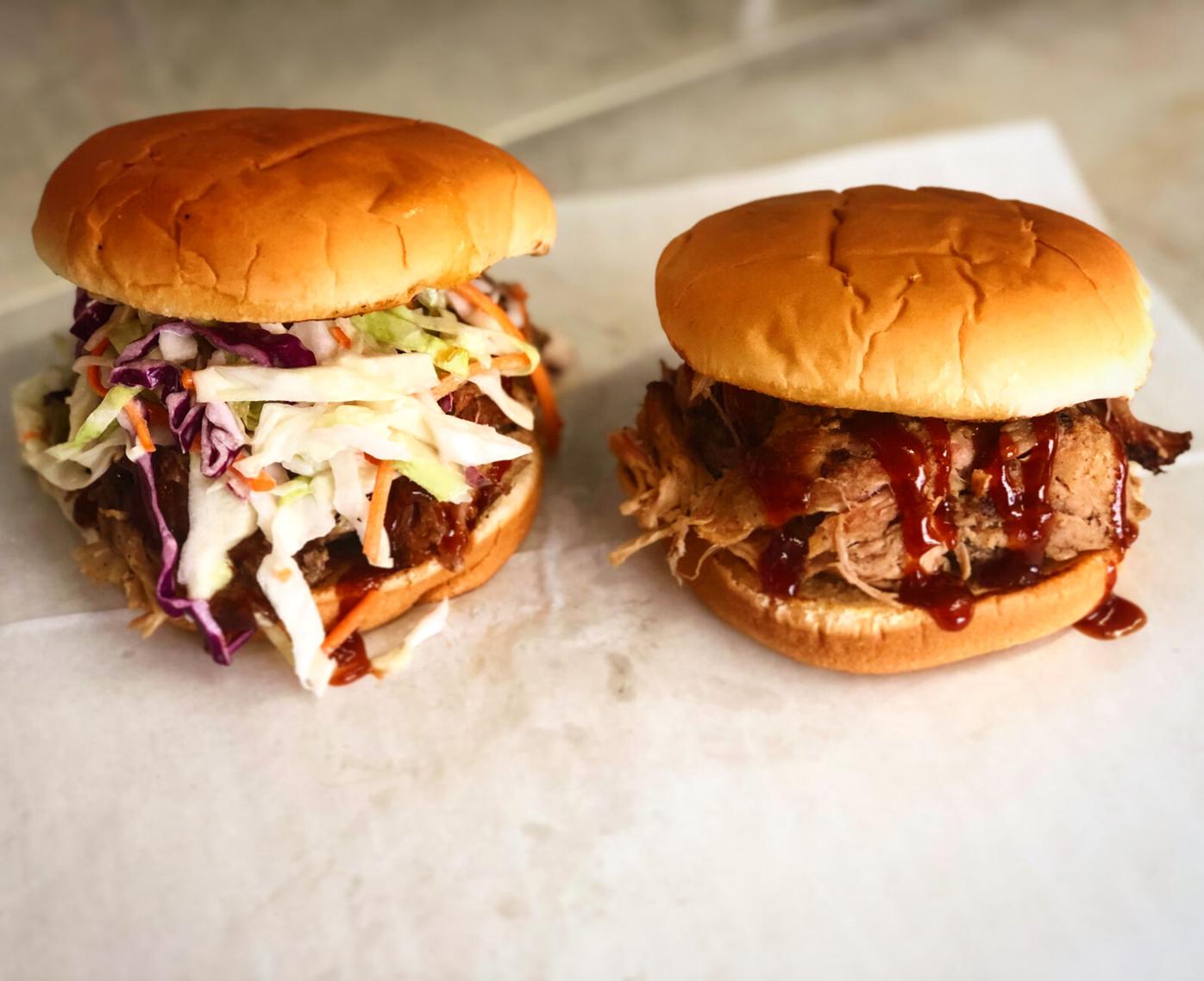 Barbecue sandwiches are a staple of Choate BBQ. 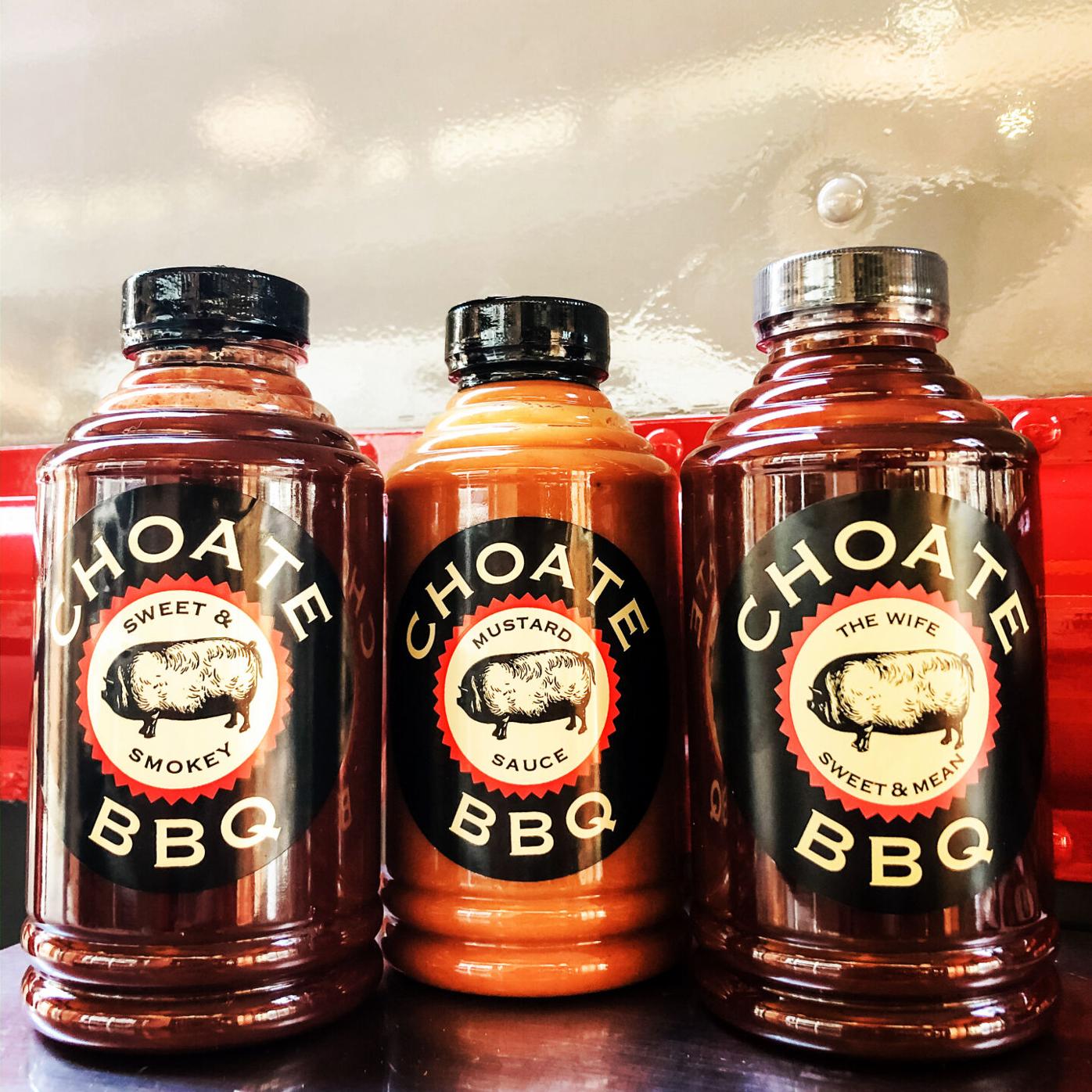 Some of the sauces at Choate BBQ. 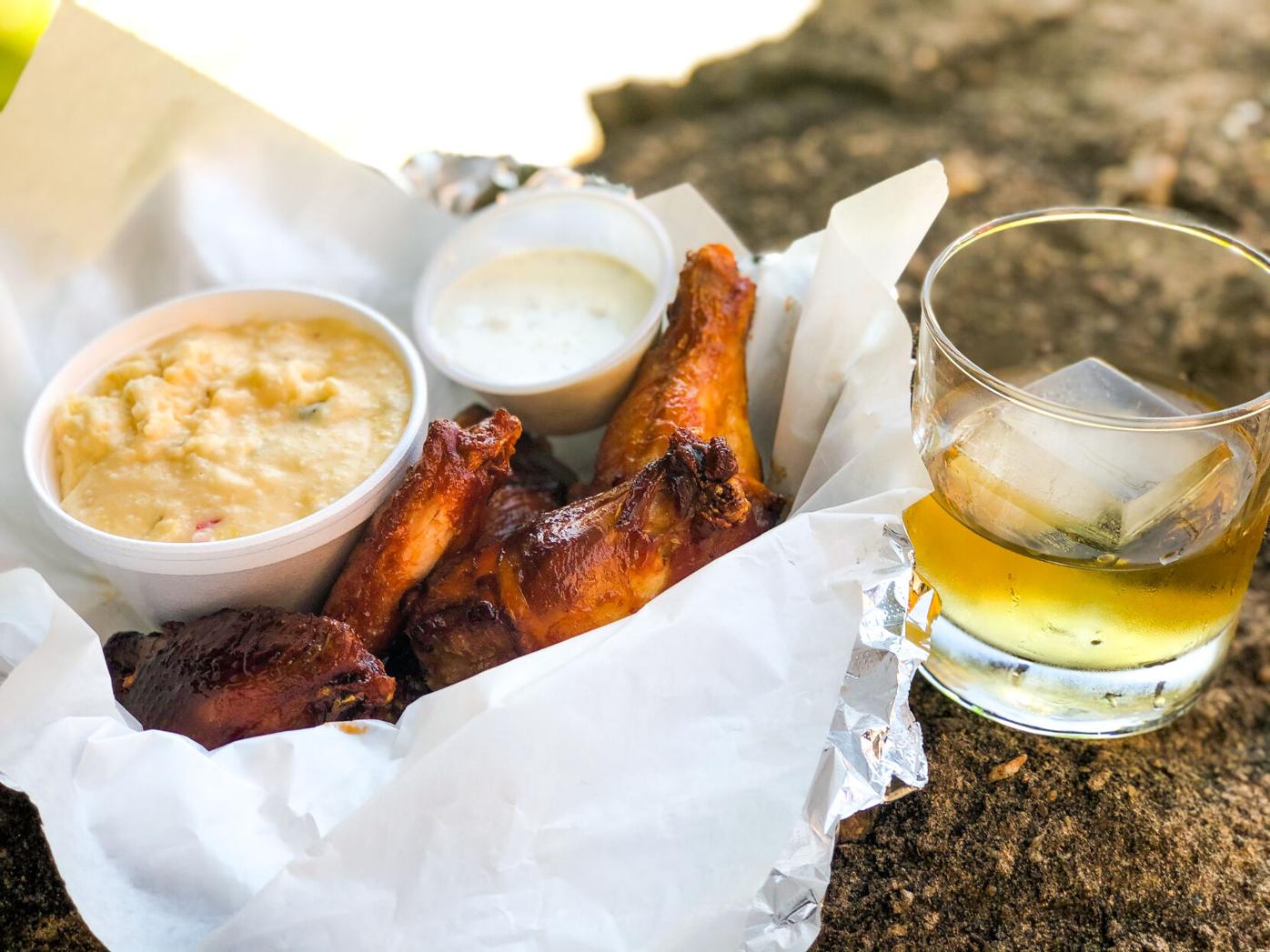 Wings are available at Choate BBQ.

Choate BBQ opened in Ball Ground July 31. The restaurant features a similar menu of barbecue favorites from the food truck, while also adding additional items such as the smoked buffalo chicken dip, and fried pickles. Other features include 105 seats, a community table, and an area for large groups and parties.

Barbecue sandwiches are a staple of Choate BBQ.

Some of the sauces at Choate BBQ.

Wings are available at Choate BBQ.

A local catering and food truck business has opened its first physical restaurant location in Ball Ground, capping off a several year journey for a Hickory Flat couple.

The Choate BBQ restaurant by Bryan and Kristi Choate opened July 31 and features a similar menu of barbecue favorites from its food truck, while also adding additional items such as smoked buffalo chicken dip and fried pickles.

Kristi Choate said the restaurant has 105 seats, with a community table for group conversations with friends or strangers. There is also an area designated for large groups or parties, and a bar focusing on local and Georgia crafted beers and spirits from Georgia and the southeast.

The couple added that some future additions to the restaurant the two would like to add include outdoor dining, as well as more, non-barbecue menu items, such as burgers.

When discussing the restaurant’s opening last Saturday, Bryan Choate said they had to deal with a number of technical issues, which led to some delays.

“The community was unbelievably welcoming and understanding during opening day,” he said. “There were some significant delays last Saturday, but our customers were very understanding and expressed their happiness in being there and that we were open.”

The next day was smoother, and there was a large opening weekend crowd at his restaurant to celebrate, Bryan Choate said.

“All in all, it was a very successful opening weekend,” he said.

Bryan Choate said the idea to start a restaurant began around a decade ago when a friend of his father gave him a smoker. At that point, Bryan had never smoked anything. He began playing around with the smoker, and over time he said he became accustomed to using it.

“Bryan ruined a lot of meat when he first started smoking meat, and we spent a lot of money trying to figure out how to cook barbecue well,” Kristi Choate said. “Eventually he got better at it, but it was not an overnight success. We ate a lot of bad meat during that period.”

“My wife and I thought the best course of action would be to open a food truck so we can control our own schedule,” Bryan Choate said. “I found an old truck and we built it out ourselves.”

The duo, for a time, also operated out of a kiosk in the Woodstock Market. The business operated Thursday through Saturday, and helped the couple make and save money to help build out the food truck. The two operated the truck for about four to five years, but Bryan said they were always looking at the next step, opening a restaurant.

“I quit my full-time job of 23 years July 16, so I am all in,” Bryan said. “We really want to create a place for the community to come and have a good time. We want to create an inviting atmosphere, and I hope the restaurant is successful in doing so.”

Choate BBQ is located at 10150 Ball Ground Highway Suite 201, in the same shopping center as Dollar General. Bryan said they will continue to operate the food truck, as well as offer catering services. Any first responder and military personnel in uniform will receive 50% off on their meal. If not in uniform, they will still receive a 10% discount upon proof of identification.

A new venue for beer and wine, as well as groceries, has opened its doors to the public in downtown Woodstock.

Ball Ground may soon build a new facility for the city’s police department.

An application to rezone land on Hickory Flat Highway for commercial use will have to wait before it’s reviewed by Cherokee County officials.

Northside Hospital Cherokee has seen a significant increase in patients admitted with cases of COVID-19 over the past three weeks, according t…

The Ball Ground Police Department is one step closer to having its own headquarters building, and could see construction start early next year.