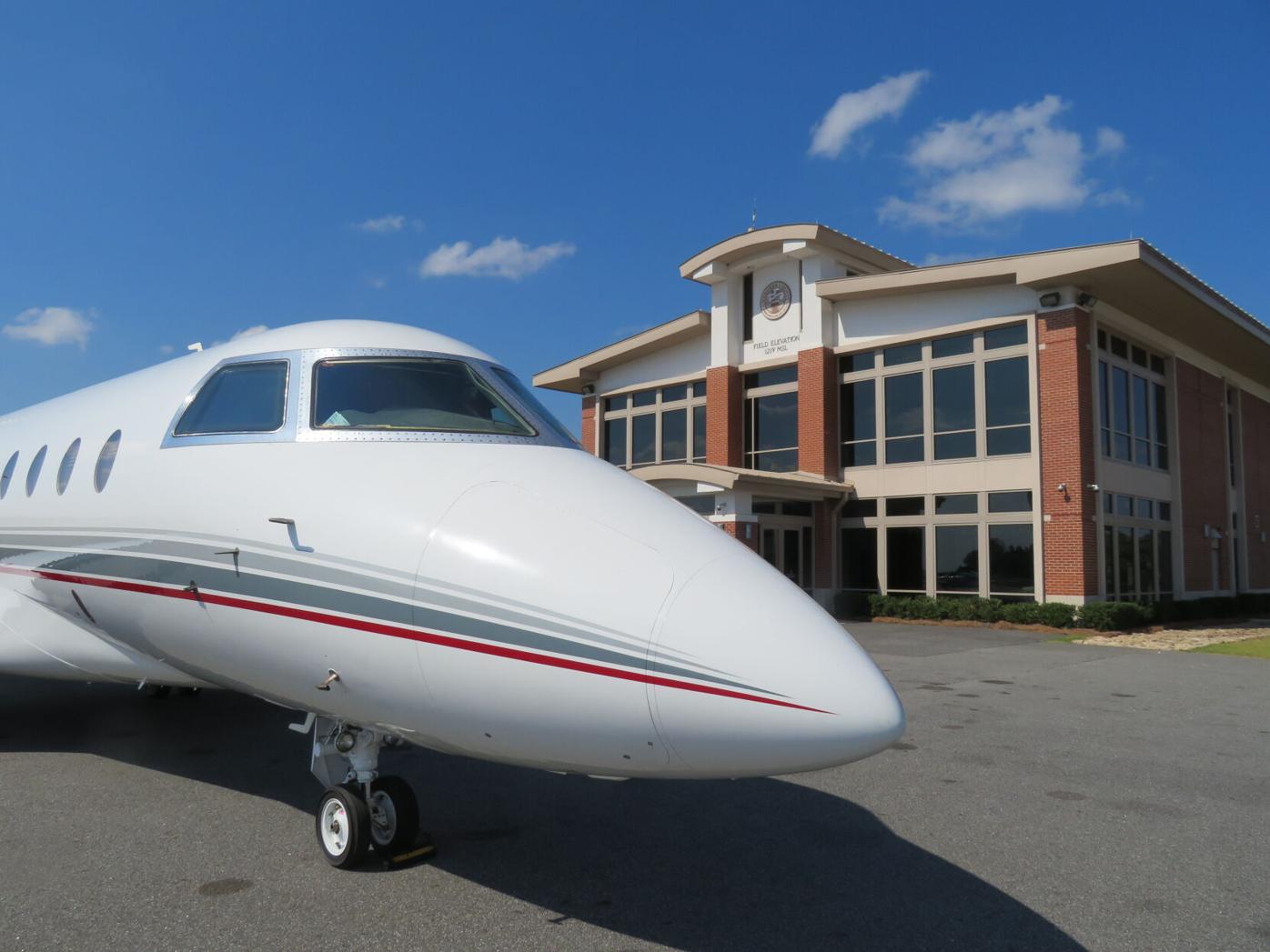 The sale of jet fuel and av gas have been increasing in previous years, while plans are underway to expand and widen the runway. 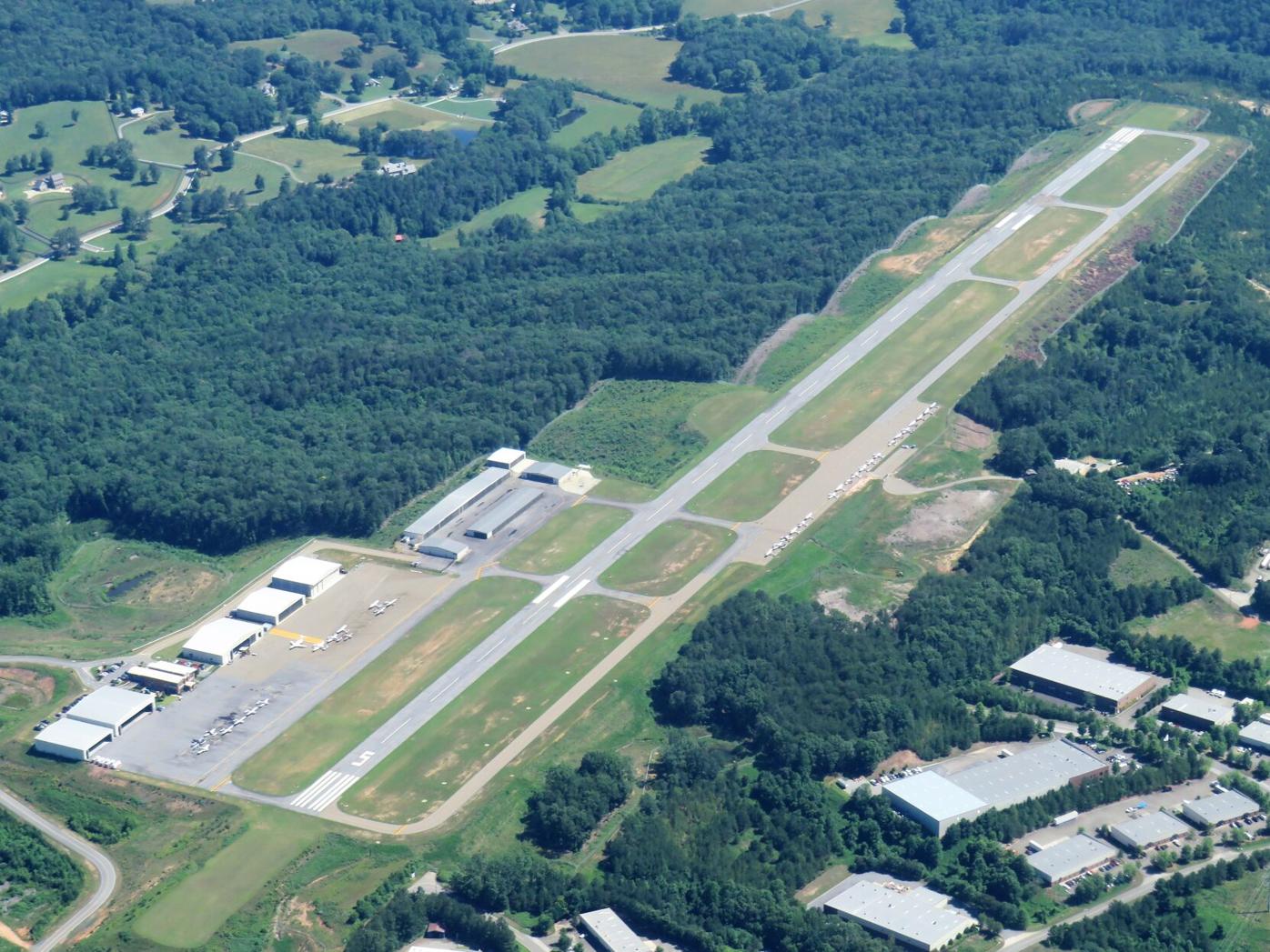 An aerial view of the Cherokee County Regional Airport. The airport saw growth over the previous year despite the coronavirus pandemic, officials said.

The sale of jet fuel and av gas have been increasing in previous years, while plans are underway to expand and widen the runway.

An aerial view of the Cherokee County Regional Airport. The airport saw growth over the previous year despite the coronavirus pandemic, officials said.

Despite the coronavirus pandemic’s effects on the economy, Cherokee County Regional Airport officials recently said the airport remains a strong economic engine for the county.

“We’ve got a very successful airport,” Phil Eberly, president of Lead Edge Design Group, the company that helps operate the airport, told the Cherokee County Board of Commissioners at a recent meeting.

Despite no commercial flights going in or out of Cherokee County Regional Airport, Eberly said the facility has a significant impact on the county’s economy.

During the average year, the airport generates around 114 jobs, has an annual payroll of approximately $4 million and an economic output of nearly $11 million, Eberly explained. Not counting those who are based at the airport, nearly 11,000 people pass through the terminal building every year.

Through increased traffic counts, the growth in fuel flow and interest in having another business jet housed at the facility, the airport has experienced growth through the pandemic Airport Authority Chairman Steve Mammen said Monday.

“As the airport authority, it means a lot to us,” Mammen said. “We want people to have a top-notch visit at a first-class airport.”

Thanks in part to the average temperature and its elevation, Eberly said the airport is able to support business jet traffic with a 5,000 foot long runway. At this length, business jets are able to reach as far as Texas, Wisconsin and New Jersey before having to refuel.

However, once a $7.5 million project to extend the runway is completed, Eberly said jets flying out of the airport will be able to reach virtually anywhere in the continental United States without stopping. This expansion will allow for additional economic benefits, such as even more jet fuel sales and, with additional hangar space being added along with the longer runway, more planes will be able to be based in Cherokee County. Eberly said a project to widen the runway could be underway in August, while lengthening it to 6,000 feet would likely take place in a five-year window.

Mammen said the widening project will take part in two phases, starting with moving runway lighting, followed by the runway widening, and has an estimated cost of $5.6 million. The other $1.9 million will be spent lengthening the runway.

Mammen also said he expects the growth to continue, which could lead more businesses to set up shop in Cherokee County.

Woodstock leaders want to only allow their residents to drive golf carts on city streets and on public property within the city.

Some residential streets in Ball Ground will soon be easier to drive on, thanks in part to an agreement between the city and Cherokee County.