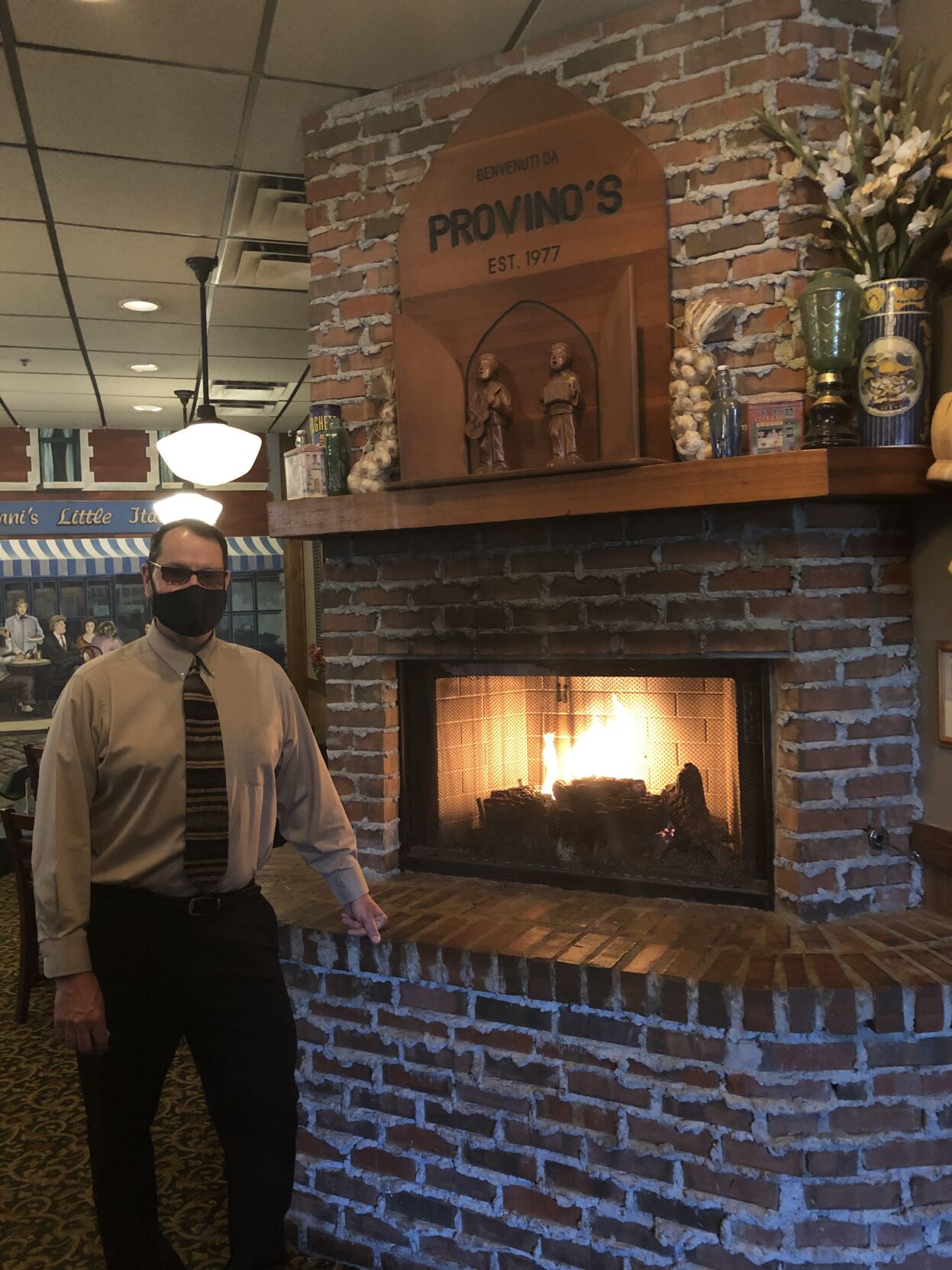 Dan Clifford, Provinos Managing partner, said the shelter-in-place order led to the restaurant relying on takeout orders for a while. 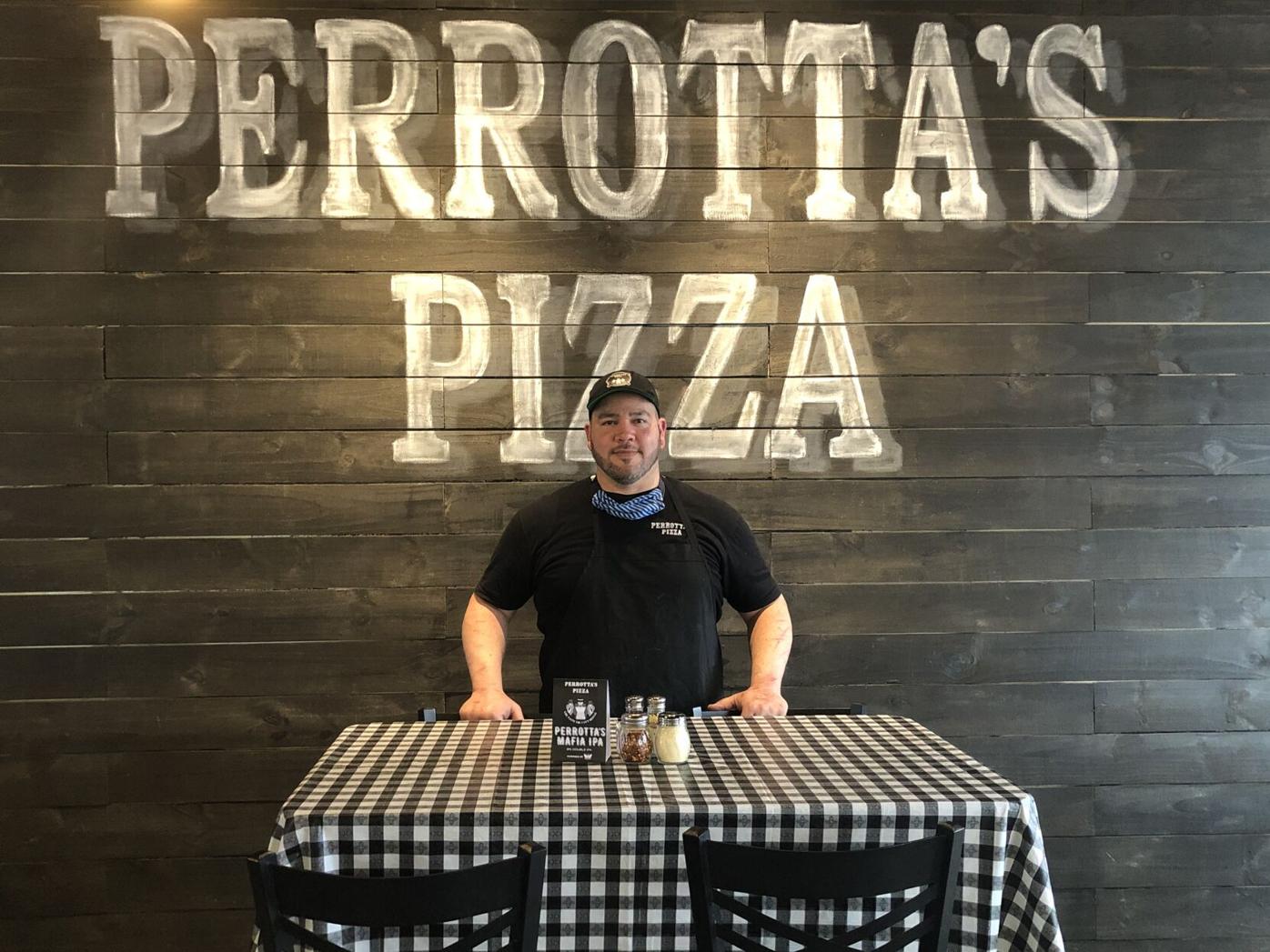 Lou Perotta, owner of Perotta’s Pizza at Riverstone, is one of many local business owners whose business was affected by the shelter-in-place order. 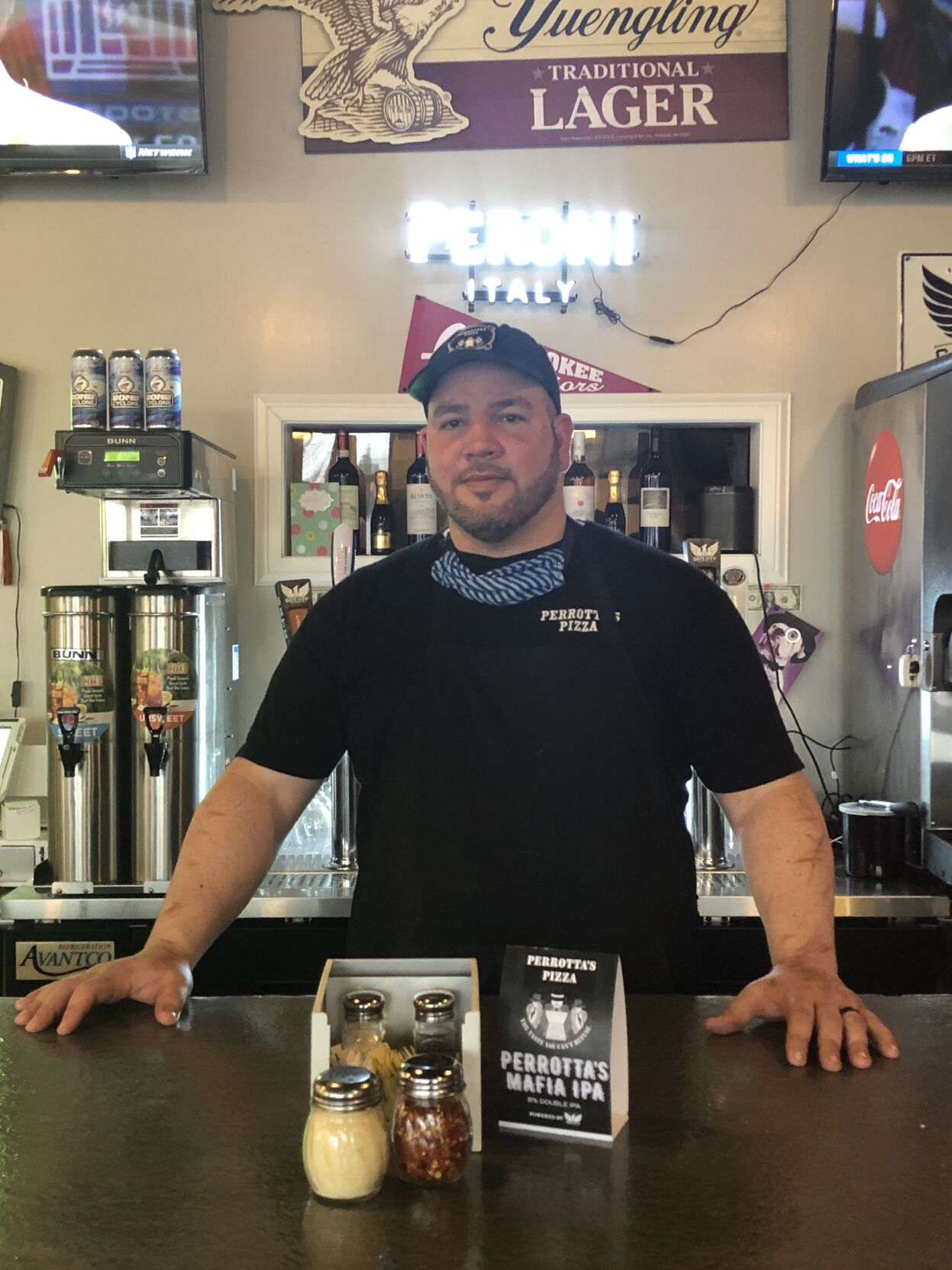 The pandemic halted Perotta’s Pizza’s rising business success. The restaurant has since returned to said success by working with other business owners and helping the community.

Dan Clifford, Provinos Managing partner, said the shelter-in-place order led to the restaurant relying on takeout orders for a while.

Lou Perotta, owner of Perotta’s Pizza at Riverstone, is one of many local business owners whose business was affected by the shelter-in-place order.

The pandemic halted Perotta’s Pizza’s rising business success. The restaurant has since returned to said success by working with other business owners and helping the community.

CANTON — A year after a shelter-in-place order was issued by Georgia Gov. Brian Kemp last spring, many local restaurants and other businesses have had to close. Others have dealt with an uncertain future as they tried to stay afloat.

Businesses throughout Cherokee County managed to find ways to keep business going while dine-in options weren’t available. Some restaurants found unique ways to adapt to the situation, such as offering various non-traditional shopping items due to a shortage of paper products.

Canton’s Riverstone Corner Bistro and The Butcher and Bottle, as well as Woodstock’s Prime 120 and Bub-Ba-Q, were some of the businesses that stepped in to help in a time of need for many.

Local restaurants, as well as larger chains like Taco Mac and Applebee’s, began offering curbside pickup an option for those who weren’t comfortable dining indoors. Many of these restaurants still offer this service today, including Provinos in Canton.

“Business really dropped off because of the shelter-in-place order, and we were left trying to figure out what to do,” said Dan Clifford, Provinos managing partner. “It was a really scary time because we were closed until the beginning of May. We sat down and decided that we would allow takeout orders for a bit before offering curbside pick up as an additional option.”

Both Farrar and Clifford said their respective restaurants are finding consistent business through both the to-go orders and curbside pick up options. However, neither restaurant reported a return to pre-pandemic activity.

The shelter-in-place order heavily affected business at Perotta’s Pizza in Canton, which was only a year old, owner Lou Perotta said.

“It was really rough for us when everything shut down because at that point we were open for a year and our business was really picking up and growing,” Perotta said. “Thankfully the community rallied around us, and we rallied around them in return. We provided food for first responders and hospital staff, and partnered with other business owners as a way to say thanks and to continue to provide service.”

“We had to close and I had to take another job cooking at a kitchen in Woodstock,” Dyer said. “The brewery was closed from March to May, but we did allow our kitchen to be used a couple of times in early May for DoorDash delivery service. We put out an online menu and did takeout orders since we weren’t able to open to the public.”

Dyer said that towards the end of May to early June, the brewery opened and began having live music once again, which helped the business regain many of its visitors.

“As summer went on, more and more people started going out again and visiting us,” he said. “I took on the role of vice president last July and I tried to organize different activities like a basketball tournament and a partnership with a car show to help bring people back to our business. The live music really helped us get back on our feet.”

Both Provinos and Riverstone Corner Bistro were able to bring back staff lost at the beginning of the pandemic. Clifford said Provinos brought its entire staff back. Farrar said the bistro rehired the entire kitchen staff and a few additional staff members.

Despite the pandemic causing unemployment spikes, many new businesses opened

Antonia Alberga-Parisi with Rock Solid Brewing, which opened Dec. 12 in Ball Ground, said opening a new business was difficult because she wanted to ensure the safety of staff and customers.

“Prior to opening, we were not only faced with the question of whether or not people would venture out in the midst of these difficult times, but also how could we ensure their sense of security once they made the brave move to visit us,” she said. “We opened in December and made it a point to follow CDC guidelines and constantly sanitize tables, chairs and mandating masks. Our outdoor patio is also an important part of our brewery and keeping everyone safe.”

Alberga-Parisi said it was a successful opening and that business at the brewery continues to improve thanks to the Ball Ground community and neighboring areas.

Other businesses that opened over the last year include The Salty Mule, Branchwater replacing Mazzato, and Ray’s Donuts in Canton. The Daily Draft and Rocket Fizz both opened in Woodstock.

Misti Martin, President and CEO of the Cherokee Office of Economic Development, said the community has stepped up in a big way to support shopping local, helping both new and established local businesses out of a bind.

“Many of our businesses and industries are now thriving – especially those related to outdoor living/home goods, technology, construction and development, and food,” she said. “The resilience of our business community has been incredible. Even those sectors hit the hardest, such as restaurants, recreational facilities, hospitality, and aerospace have found ways to pivot their business to survive.”

Martin said federal and local COVID-19 relief programs such as small business grants were a big part of getting businesses back on track, and that with another round coming next week, these programs will continue to assist those negatively impacted.

Unemployment rate in Georgia since March 2020, from Georgia Department of Labor data.

The Ball Ground City Council will consider a budget for fiscal year 2021 Thursday that is not expected to result in higher taxes, according to…