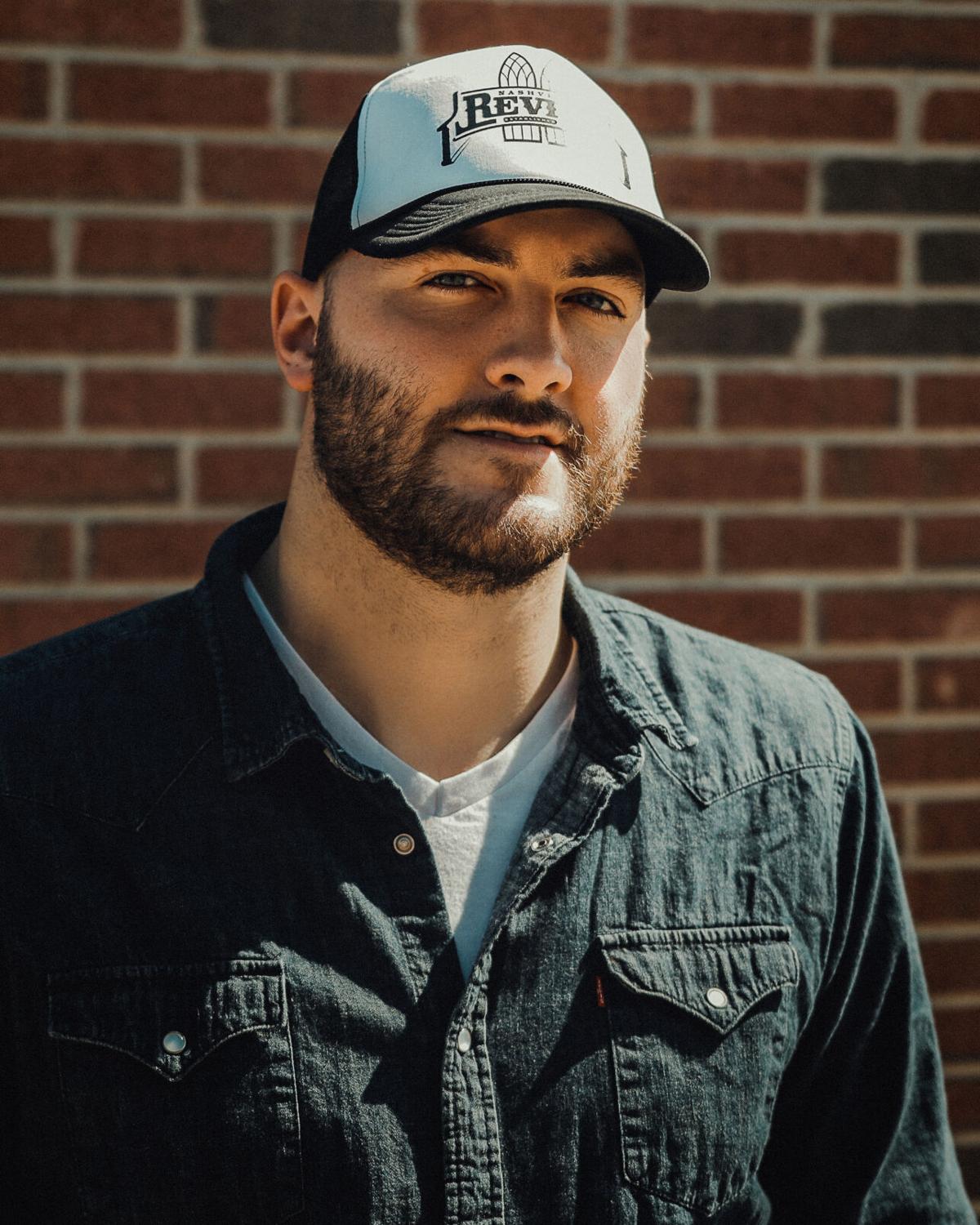 Waleska native Matt Scott, more widely known as Matt McKinney, recently signed a publishing deal with Sony Music Publishing under the Sony Label, in large part due to the overnight success of a song he wrote, "DDID." 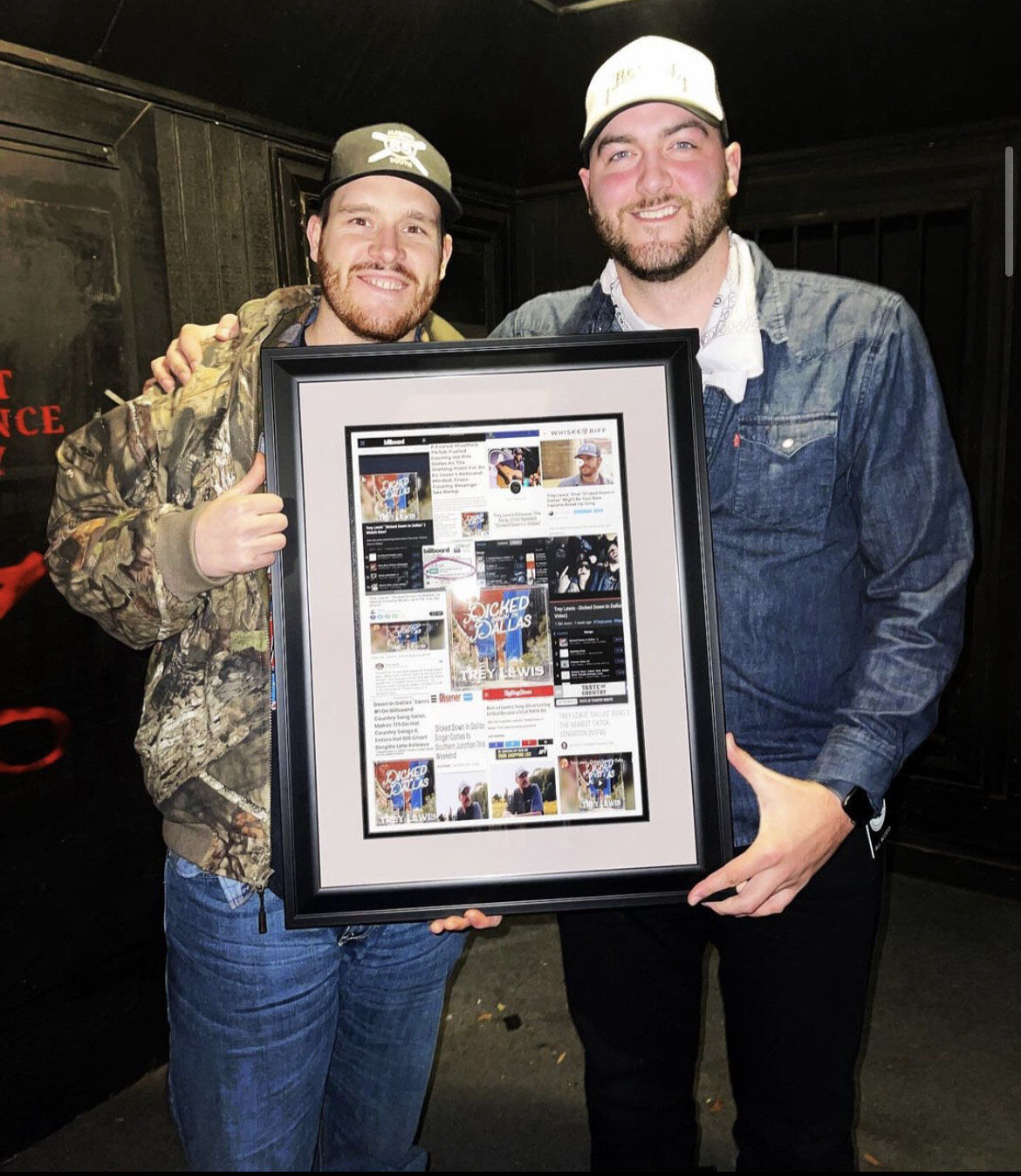 Performer of the song Trey Lewis (left) and Scott (right).

Waleska native Matt Scott, more widely known as Matt McKinney, recently signed a publishing deal with Sony Music Publishing under the Sony Label, in large part due to the overnight success of a song he wrote, "DDID."

Performer of the song Trey Lewis (left) and Scott (right).

Waleska native Matt Scott, going by the stage name Matt McKinney, recently signed a publishing deal with Sony Music Publishing, in large part due to the overnight success of a viral hit he wrote while hanging out with friends.

“The single started out as a camp fire song and a joke between a group of friends here in Nashville,” Scott said. “Country musician Trey Lewis heard the song during the quarantine and liked it. We had gotten together and he said he wanted to record it. He then promoted it on TikTok and it went viral.”

The song, which is titled “DDID,” the censored title because of its explicit sexual reference, soared up the Billboard Hot 100 charts, peaking at number 65 overall, and up to No. 1 on the all-genre Apple charts. The single was performed by Lewis. Scott said that it ended up being an overnight success and hit, which Scott said was very surprising.

“The single stayed at the No. 1 spot on the all-genre Apple charts for around five or six days upon release,” Scott said. “Before it was released though we actually built up quite a bit of excitement for the song because it made its rounds on TikTok and other social media sites prior to the release. It ended up going No. 1 15 minutes after release. Thanks to streams, we ended up having the No. 1 country song on the Billboard charts in the world that same week. It was shocking. I knew we had built up a lot of excitement, but I didn’t expect this type of reaction.”

Kathi Scott, Matt Scott’s mother, said growing up in Cherokee County, he was a basketball star throughout his high school years at Cherokee High School and Woodstock High School. She said that he had a love for music, specifically country. Both Kathi and Matt said his song writing started at a young age.

“I started writing songs when I was around 12 or 13, just writing poems,” Scott said. “I was always driven by words. Music really drove my family as well with my dad singing gospel, both of my sisters leading worship, and then my brother was in a punk band. I grew up listening to music and appreciating it, specifically country music, so I had a lot of inspiration from family, personal interest, and then growing up in Waleska.”

After graduating from the University of Georgia, Scott moved to Nashville in December of 2018 to pursue a career in country music in hopes of jump starting his songwriting career.

“I was writing independently for free in Nashville and I remember October of 2019 I had paid my last bill for the month and I had a total of $36 to my name,” Scott said. “I remember almost giving up and contemplating if this was what I really wanted to do. I decided to go all in no matter what. I wanted to chase a dream.”

Scott said leading up to the release of “DDID” he had independently written over 100 songs. He added that now he will have 22 songs written for other artists’ projects by June.

“It was very emotional for me to sign this deal,” Scott said. “I was close to giving up on this dream and I am glad I decided to stay with it. It’s a tough industry and you never know when you may get your chance. From writing for free to getting paid and writing for top artists, it’s just been very surreal. I’m living the country boy dream.”

Scott added that he and Lewis worked on a clean version of the single for the radio. “DDID” is available to stream on music streaming services.

Are you kidding me! To have a feature post about a groupie and her sex-capades is absolutely not what citizens of Cherokee county strive to listen too. A blockbuster song called, "Dicked Down in Dallas." as a feature article about a Waleska resident who doesn't even live here anymore. Come on...what happened to local articles anyway.

Interesting to read about someone from Waleska making it big. He has written many clean songs.