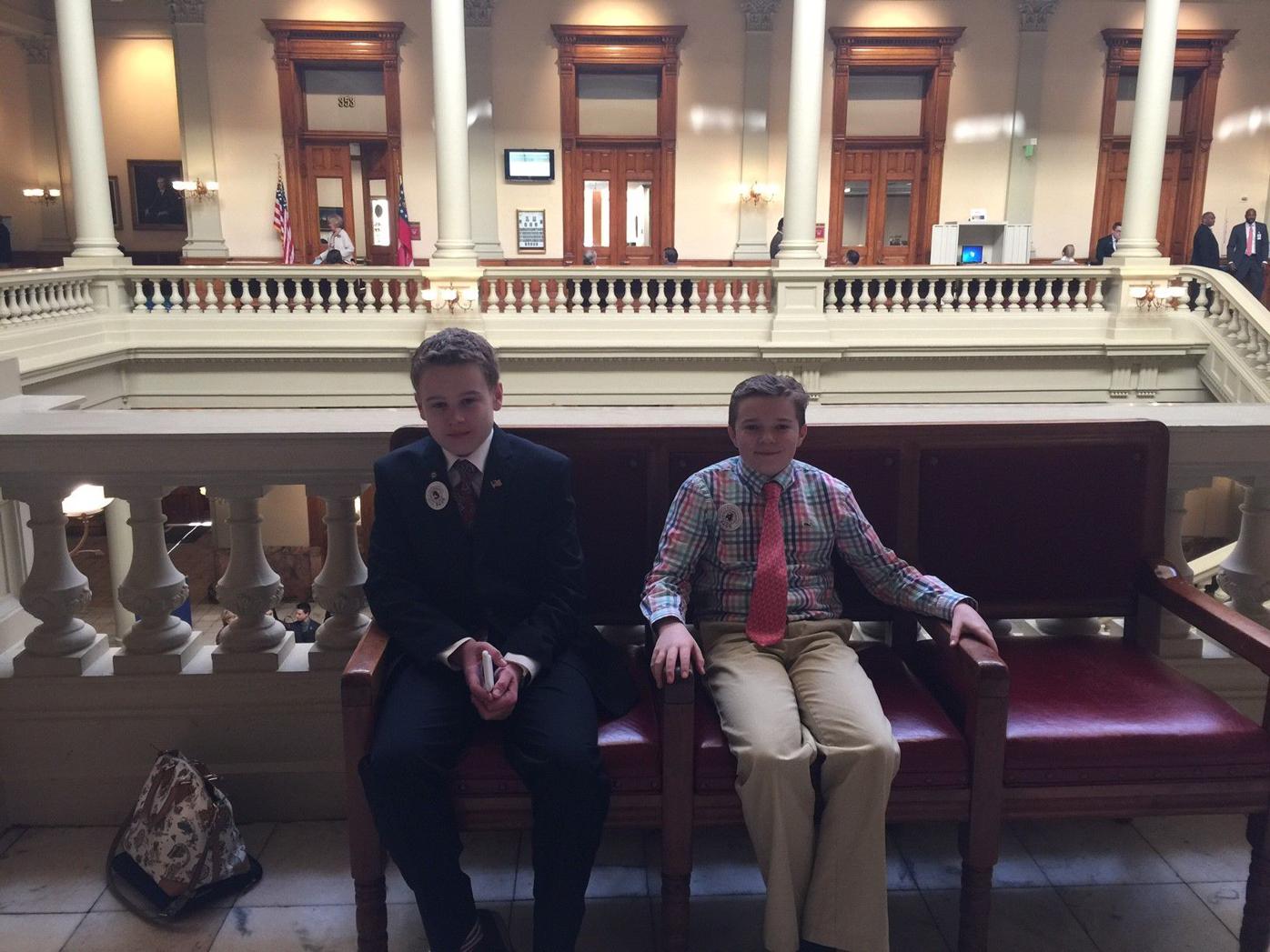 From left, Dalton Luedke and Joey Canale served the representatives by delivering important information and messages to them in the House Chamber during the legislative session day as pages. 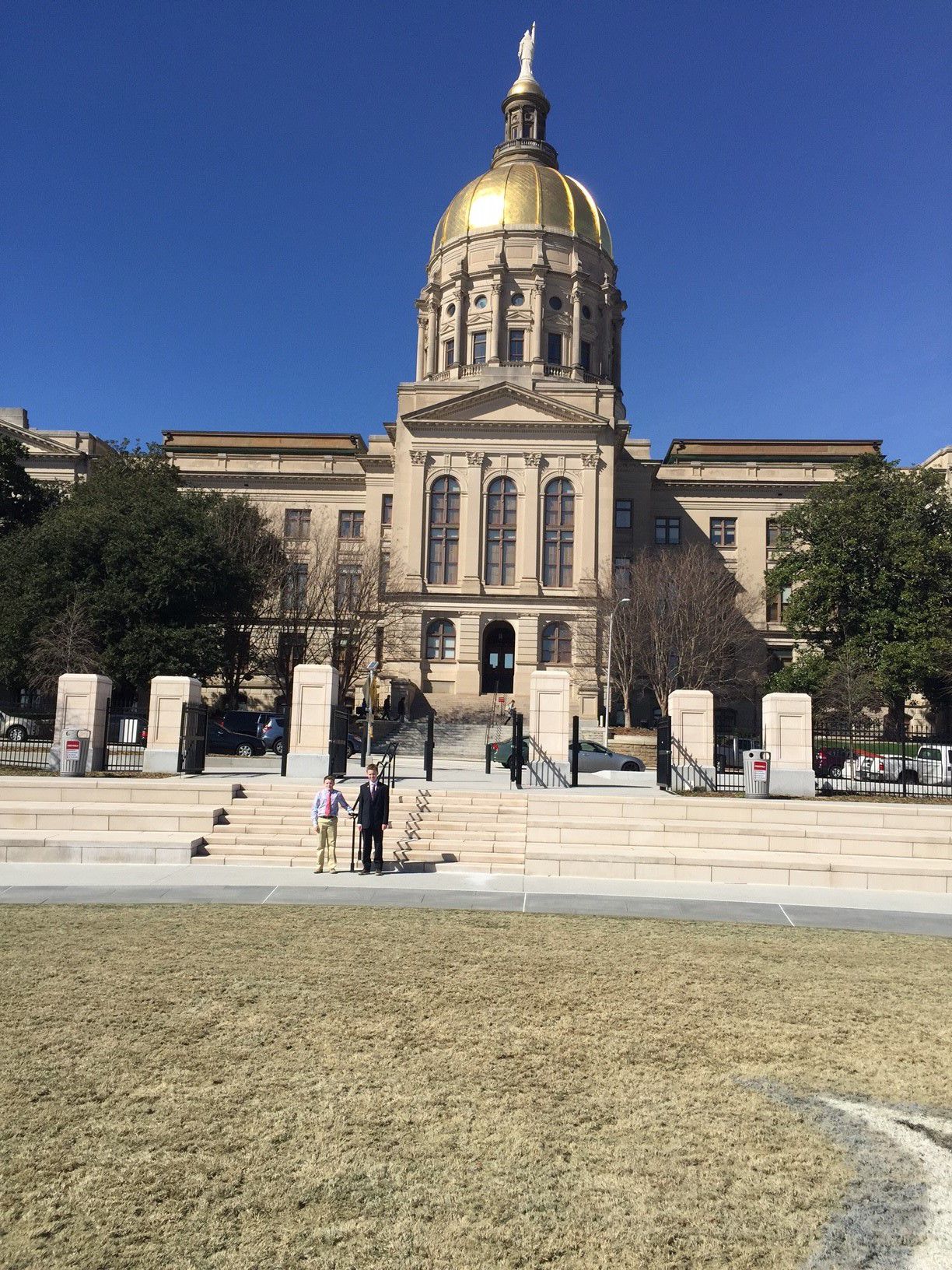 Pages, from left, Joey Canale and Dalton Luedke worked at the Capitol. 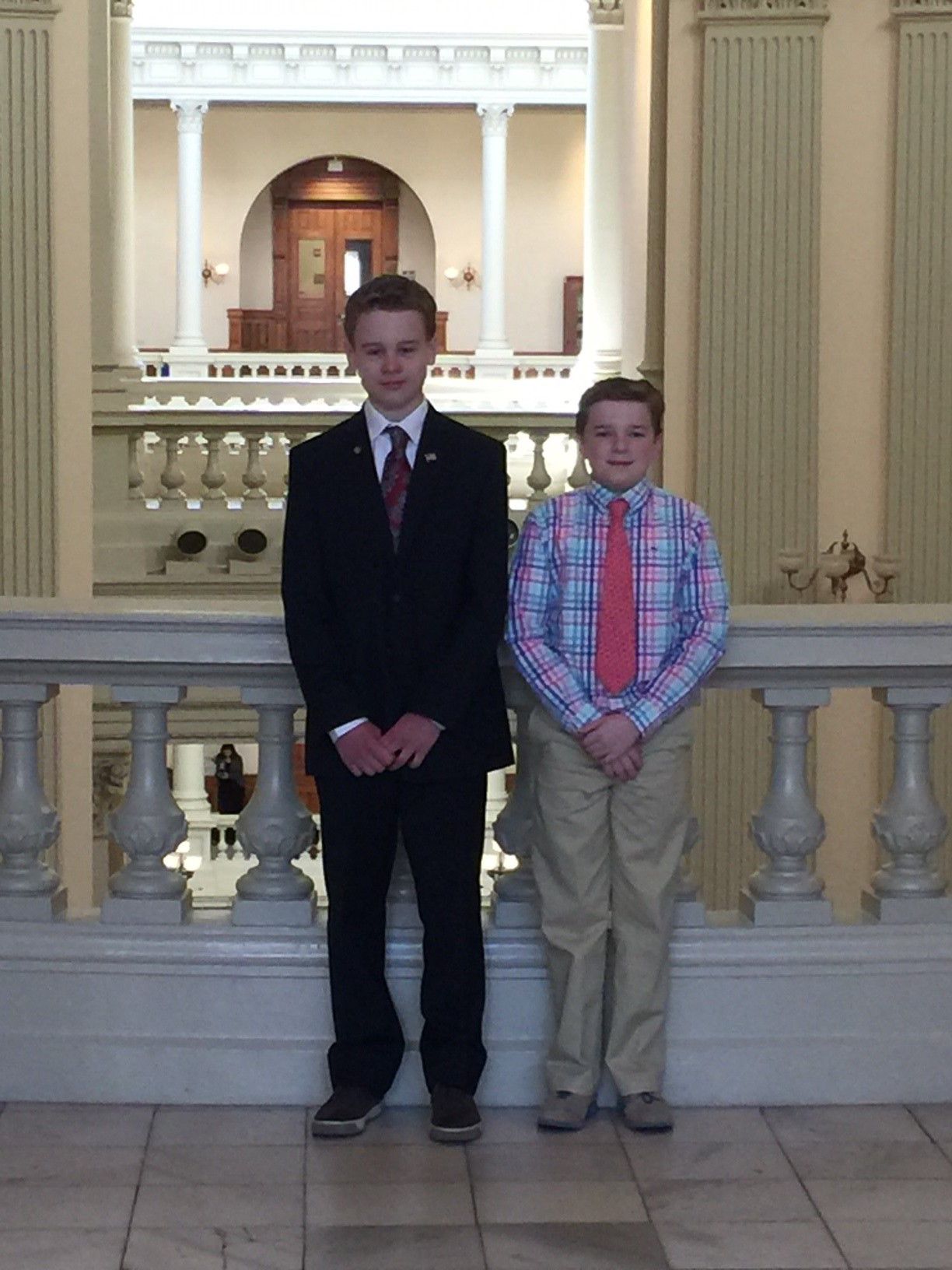 From left, Dalton Luedke and Joey Canale worked alongside representatives as their pages.

Two young students of Dean Rusk Middle School were given the chance to be pages at the State Assembly. Becoming pages in the Georgia House of Representatives’ Page Program, Dalton Luedke and Joey Canale were given a firsthand opportunity to visit the Capitol to observe and participate in the legislative process.

“This gives young folks a chance to see the government in action and be a part of it at the same time,” said Rep. Scot Turner, R-Holly Springs. “This is a cool, neat way to be involved. I always ask the students to look around the room and ask them what they see — they always see the people — people governing are just human beings with good and bad ideas. This show the students that government is more attainable for them in the future.”

In the House of Representatives’ Page Program students serve the representatives by delivering important information and messages to them in the House Chamber during the legislative session day.

“We were responsible for bringing notes from lobbyists to our representatives,” Joey said. “For me, I did not know as much as I could or should about the government so this was an opportunity for me to gain more knowledge.”

“As students, we are not being exposed to the political system as we should be in the classroom, so this was a great way to learn how it all works,” Dalton said.

After creating a telephone system for District 11 to better count votes, Dalton became involved with the state convention.

Students must be 12 or older to be selected for the program. Dalton was 12 when he became a page and Joey was 13. Both students are in eighth grade.

“I didn’t realize how quickly they pass bills — that took me by surprise. They were quick and to the point so they could vote,” Joey said.

Both Dalton and Joey were joined by their mothers, Carey and Marie.

“As a family, we keep up with politics. It is important to talk about current event and Joey has taken note of that,” Marie Canale said. “This is a great opportunity for young kids to get involved with politics and they are welcomed to do it; it is not unusual to see young kids in this program.”

There are government officials today that were pages in the past.

“When I was in the eighth grade, I served as a page. The opportunity gave me a firsthand look at the inner workings of the General Assembly, as I watched Senators debate and vote on pending legislation,” Senate President Pro Tempore David Shafer said. “Paging was the beginning of my interest in government and an adult life that has been filled with public service.”

Lt. Governor Casey Cagle said in a release to students participating in the program that it offers students the opportunity to fulfill their civic duties at a young age, rather than waiting until they are 18 when they can vote.

“I firmly believe that life is not about one’s self, but instead service to others. As a part of this program, you’re proudly serving every person who calls this great state home,” Cagle said. “I hope each of you enjoy your time working under the Gold Dome and take in all of the excitement that comes with any day of the legislative session. We handle a wide range of issues, all of which have the potential to affect the lives of 10 million Georgians. This is a very serious but exhilarating process that I’m thrilled you have chosen to take part in — your contribution to your state will not go unnoticed.”

This year’s legislative session, as well as program, began Jan. 9. The next opportunity to apply for the page program will be in December, Turner said.

“You are now a part of the political process, experiencing firsthand what goes into enacting laws that govern our society. It is so important to engage with your state government; after all, this Capitol is your Capitol,” Cagle said.

For more information about the Georgia House of Representatives’ Page Program visit www.house.ga.gov/en-US/HousePageProgram.aspx.