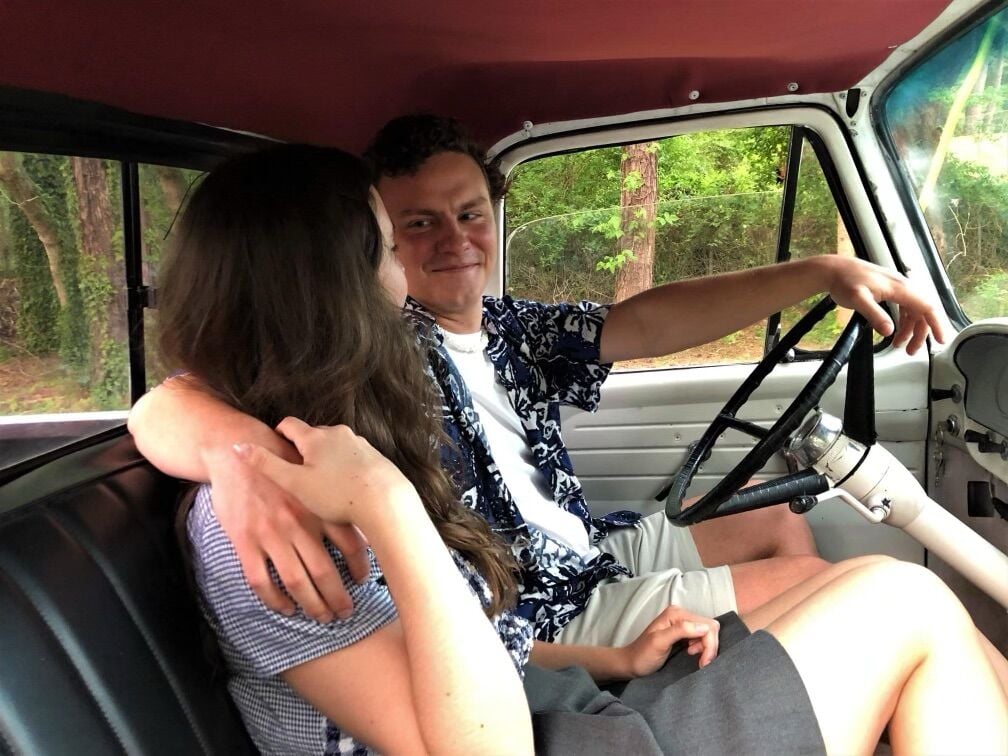 Grant Pfost on the set of “They Got Out.” 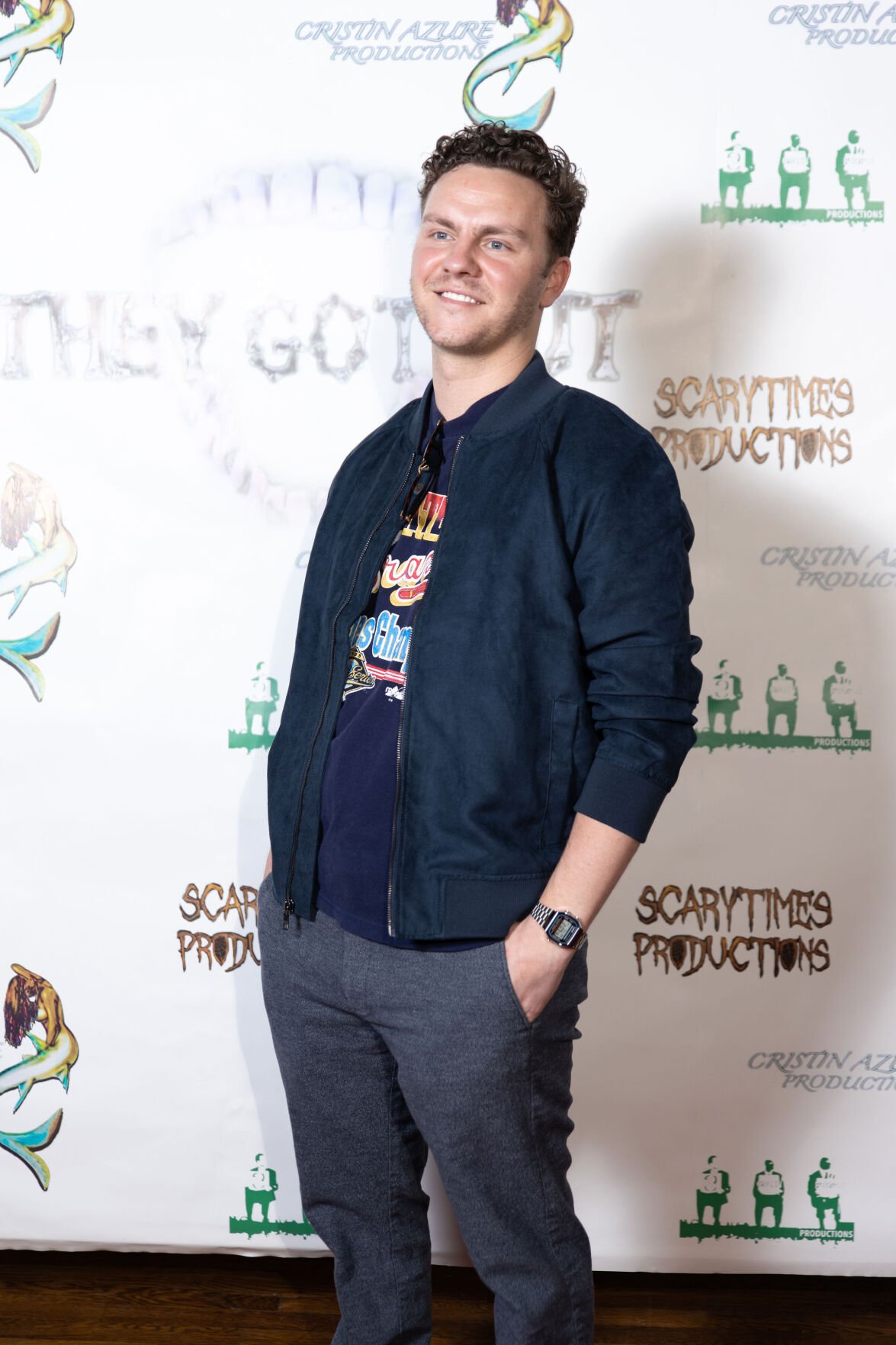 Local actor Grant Pfost, a Hickory Flat resident and 2014 graduate of Sequoyah, will star in “Love is a Hurtin’ Thing,” an Amazon Prime exclusive movie that will premiere in early 2022. 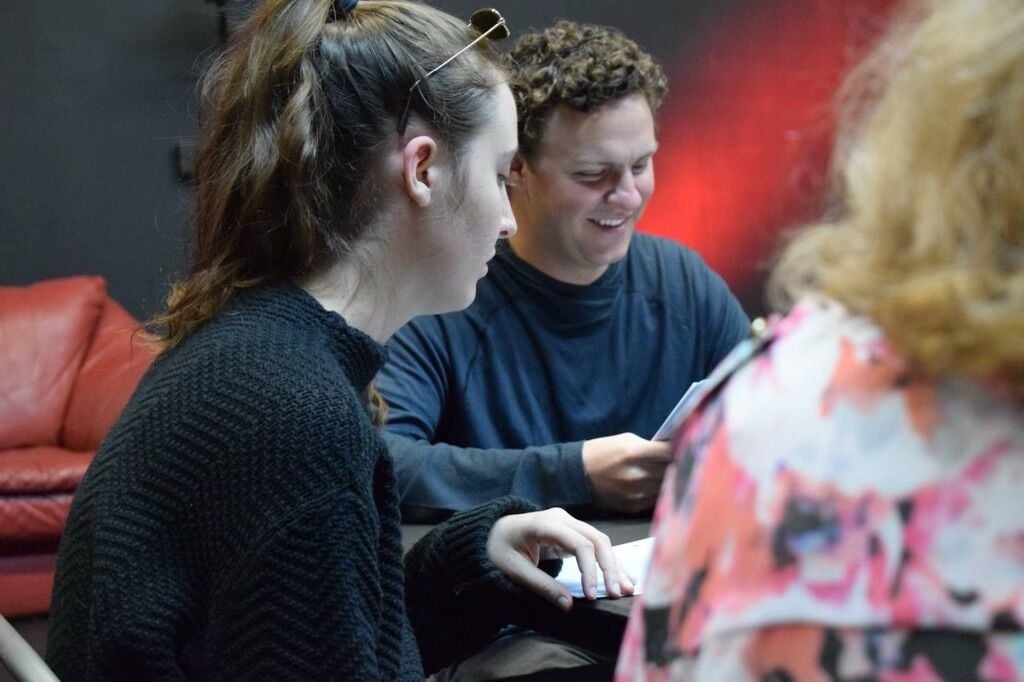 Pfost at a table read for “They Got Out.”

Grant Pfost on the set of “They Got Out.”

Local actor Grant Pfost, a Hickory Flat resident and 2014 graduate of Sequoyah, will star in “Love is a Hurtin’ Thing,” an Amazon Prime exclusive movie that will premiere in early 2022.

Pfost at a table read for “They Got Out.”

Grant Pfost, a Hickory Flat resident and 2014 graduate of Sequoyah High School, is making big strides in his pursuit of a career in acting with his new project, “Love is a Hurtin’ Thing,” as well as his appearances in various projects.

“Love is a Hurtin’ Thing,” is an Amazon Prime exclusive feature film that will see Pfost play the role of a young adult who is one of six people invited to a mansion on Valentine’s Day.

“The film is a murder/mystery movie, with some elements of horror in it,” Pfost said. “The premise is six young adults get invited to this creepy mansion for Valentine’s Day, but weird events start taking place and the viewer gets to guess who survives and who dies and what happens next. It’s pretty cool and I am excited to be a part of it. It’s set to premier on Valentine’s Day 2022.”

A good portion of the movie was filmed in Marietta and Atlanta, using local locations and scenery as the backdrop for the project, including a mansion in Marietta, Pfost said. He will be flying out to Los Angeles soon to finish filming scenes for the movie.

Aside from his feature film debut, Pfost has also starred in, and helped produce, a number of short films, including the production “They Got Out,” which Pfost said was filmed in and around Atlanta and has been submitted to several film festivals in Georgia and nationwide. He has also participated in the 48 Hour Film Festival in Atlanta last year, where he was nominated for best actor.

Pfost has found considerable success early on during his acting career, something that he said has been a dream of his since a very young age.

And congrats to you Grant!! [beam]

So good to see our local talent "making it" in this biz. Thanks for supporting us Ethan!!