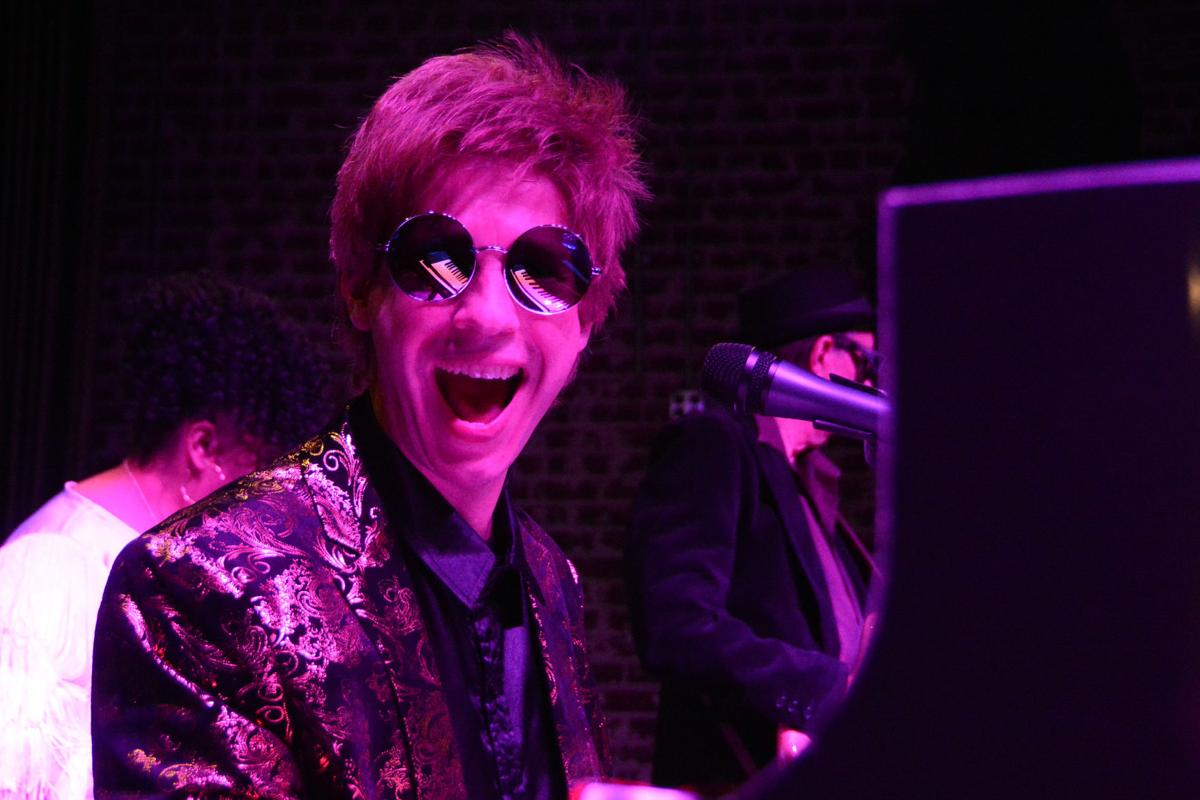 Local musician Steven Dodd uses his love for Elton John to help charities across the state of Georgia. 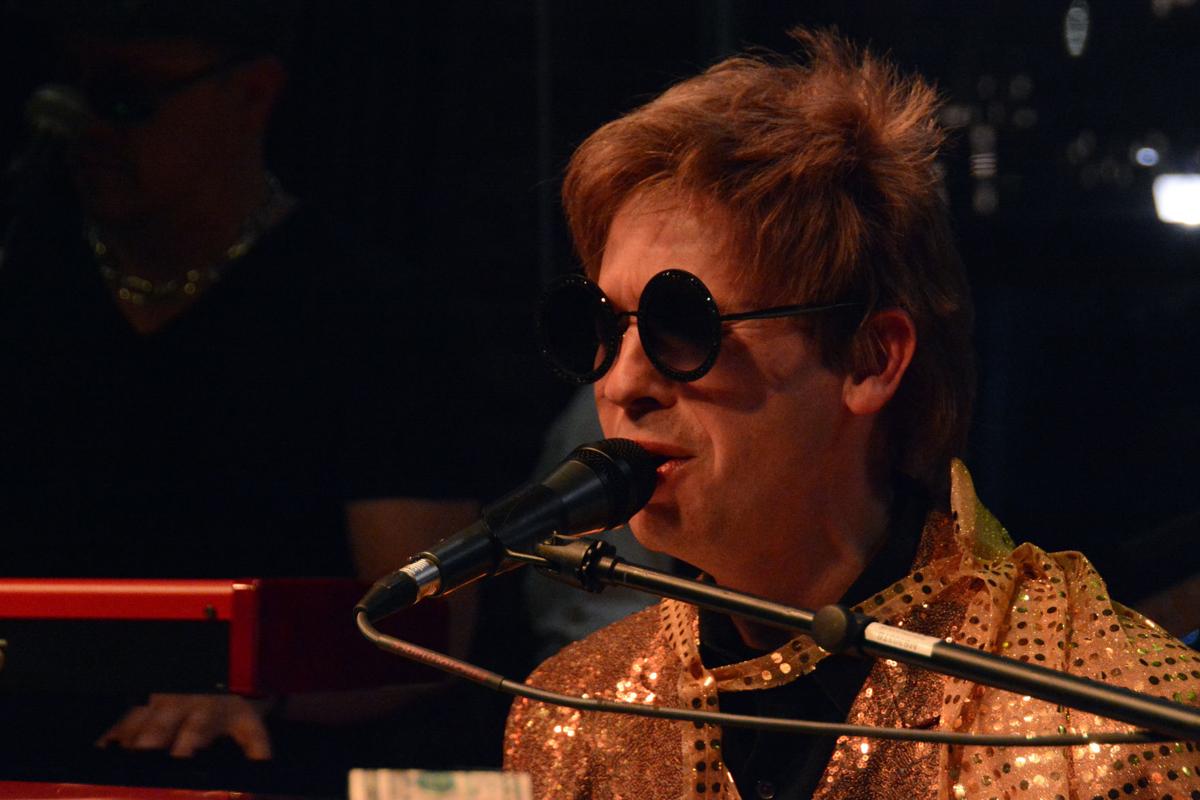 Dodd grew up with a love for music that later morphed into a career. 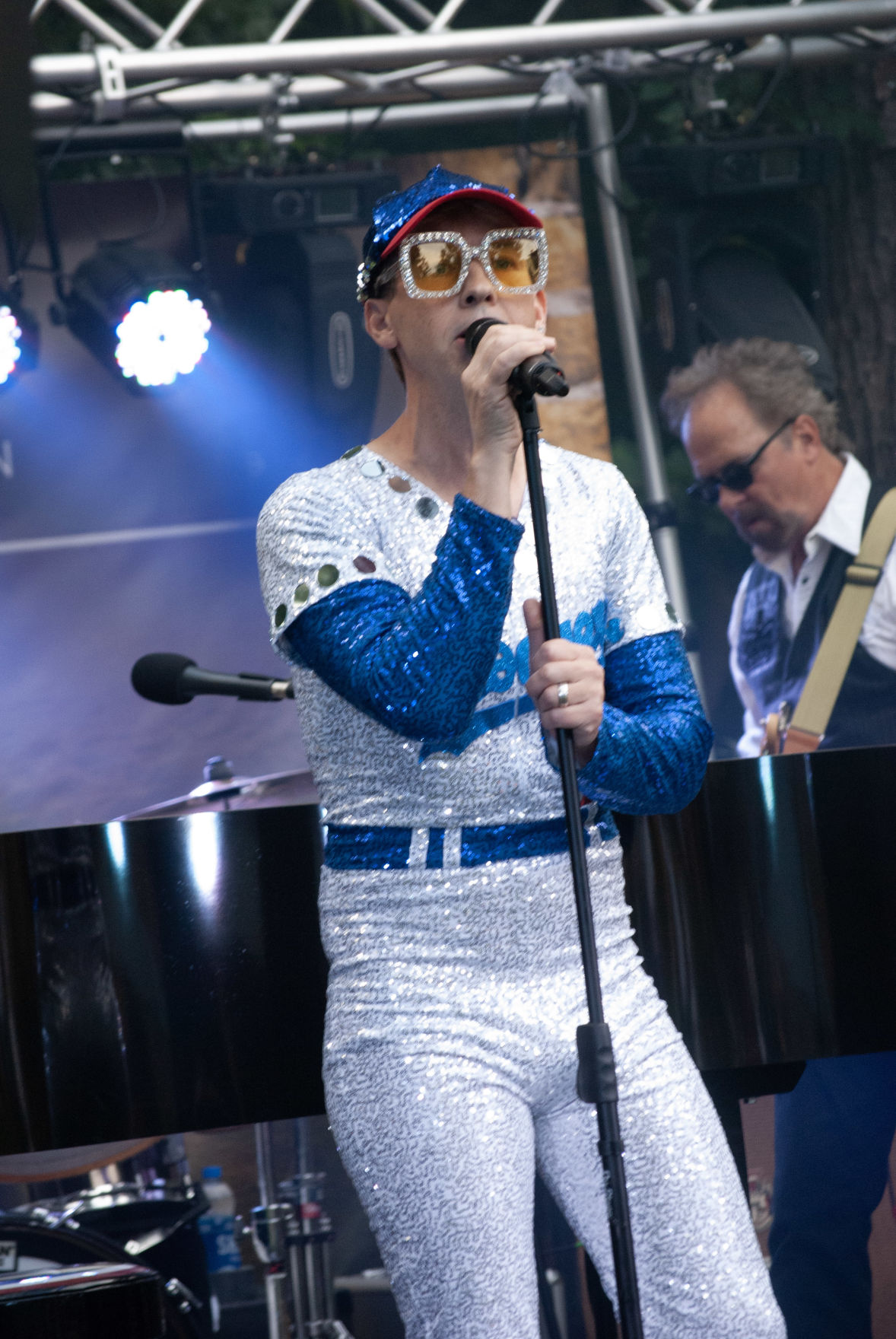 The costumes that Dodd wears are custom made, with the legendary Los Angeles Dodgers uniform that John famously wore being custom made for Dodd by a costume designer from California. 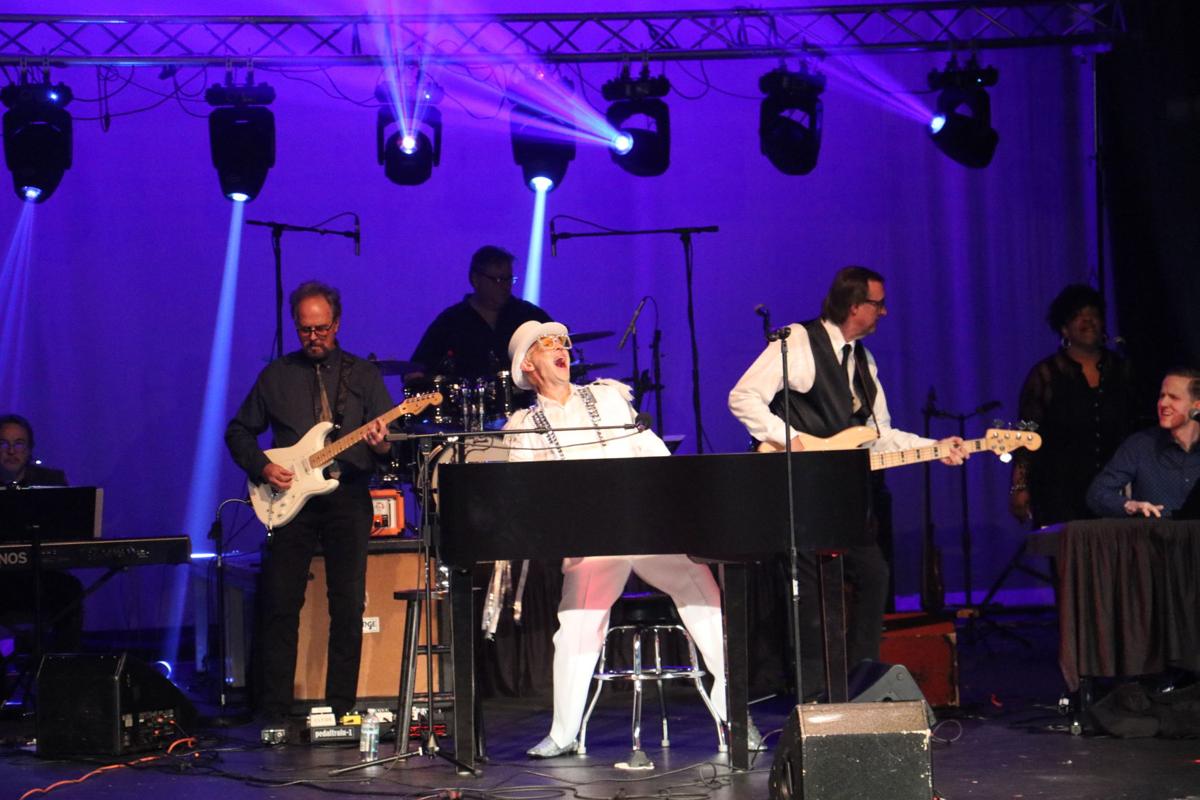 For some performances, Stevon Dodd will have several costume changes throughout the duration of the show.

Local musician Steven Dodd uses his love for Elton John to help charities across the state of Georgia.

Dodd grew up with a love for music that later morphed into a career.

The costumes that Dodd wears are custom made, with the legendary Los Angeles Dodgers uniform that John famously wore being custom made for Dodd by a costume designer from California.

For some performances, Stevon Dodd will have several costume changes throughout the duration of the show.

Local musician Steven Dodd uses his love for both performing and Elton John to help charities across the state of Georgia.

In March 2019, Dodd started the Woodstock-based charity tribute band Beyond the Yellow Brick Road after attending an Elton John concert in Atlanta.

“I’ve been a fan of Elton John my whole life and I had the opportunity to see him for the first time at StateFarm arena in December of 2018,” Dodd said. “A lightbulb went off and I thought, ‘man, that’s what I should do.’ He’s retiring so I thought a tribute band would be a great thing to do.”

From a practical point of view, Dodd said that a big factor in starting the band was he knew that since John would be retiring soon, if people wanted to hear more live performances of his music, they would have to go and see a tribute band.

From a personal point of view, being able to dress and perform as John was something he couldn’t pass up, he said. Dodd appreciates the musical diversity throughout John’s career, with his music ranging from old school rock and roll to orchestral arrangements to piano ballads. He also greatly appreciates John’s unique voice, he said.

Their first show was held in March of 2019 for a local church benefit show. Their second show was during the Roswell Beer Festival for STAR House Foundation. Other charities that Beyond the Yellow Brick Road has helped benefit include Angels Among Us Pet Rescue, Hope Worldwide and Toys for Tots, to name a few.

The band’s popularity has grown quickly since its inception, something that took Dodd by surprise given the lack of name recognition.

“We made an impact right out of the gate,” Dodd said. “People really took to us. We’ve continued to grow in popularity and everywhere we play, the response is always extremely positive. Everybody says they love us and many people have come up to me to tell me that I look and sound exactly like Elton John. The support is unexpected and greatly appreciated.”

The time and effort that Dodd puts into to transforming into the iconic singer is a big reason why so many people have praised Beyond the Yellow Brick Road.

“To me, there’s a lot more to becoming Elton John than just trying to sound like him,” Dodd said. “He’s a larger than life figure, so I decided rather than just imitating his voice, I wanted to study his previous performances. I also invested thousands of dollars into the wardrobe for each performance.”

Dodd said there’s a special feeling that emerges when he puts on stage attire that is based off what John wore throughout his decades long career.

“When I put on the wig, the glasses, the costume that I am wearing for that performance ... I can’t explain it,” Dodd said. “It’s a magical feeling when I look in the mirror and think, ‘I’m no longer Steven Dodd, I’m Elton John’.”

The costumes that Dodd wears are custom made, with the legendary Los Angeles Dodgers uniform that John famously wore being custom made for Dodd by a costume designer from California. For some performances, Dodd will have numerous costume changes.

A lot of time and effort is put into becoming the iconic singer and it continues to pay off for the band as they finish up their first year of existence.

“It is expensive, but it has been so much fun and so rewarding to be able to dress and act like Elton John,” Dodd said. “I don’t want to come out in the same costume for every gig that we have. I want each performance to have a special feeling to it and I think that’s what the audience sees when they watch us perform.”

Dodd teamed up with former Elton John background singer L’Tanya Shields to help him transform into the singer and she is now a member of the band. Other members include Chase Mackintosh, Sarah Mackintosh, Sherwin Mackintosh, Dana McCarthy, Eddie Brouder, Rick Ballew, Robert Meadows, Charlie Korch and Paul Banerian.

The band performs only in Georgia currently, but the ultimate goal for Dodd is to take Beyond the Yellow Brick Road on the road outside the state.

“Our goal is to perform in different states and countries,” Dodd said. “We just started not even a year ago, so not a whole lot of people know about us yet. Our footprint right now is in Georgia, but we’ve talked about potential festival opportunities outside of the state like in New York and California. I believe the sky’s the limit for us.”

Beyond the Yellow Brick Road will be performing at MadLife Stage and Studios, located at 8722 Main St. in downtown Woodstock, on June 12 at 7:30 p.m.

For more information on the band, visit their website at www.beyondeltonatl.com and their Facebook page at www.facebook.com/eltonjohntributeband.