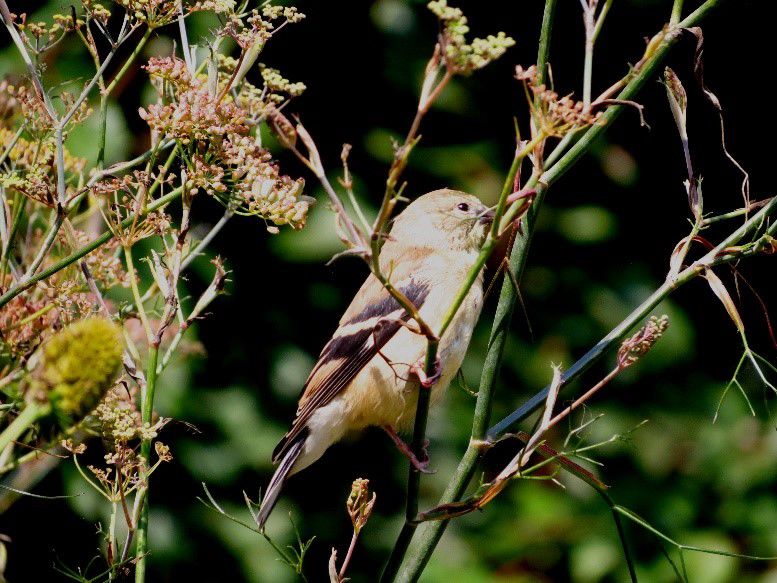 A female American Goldfinch. The goldfinch is a seed-eater only bird. The seeds replenish their feathers as well as energize them. 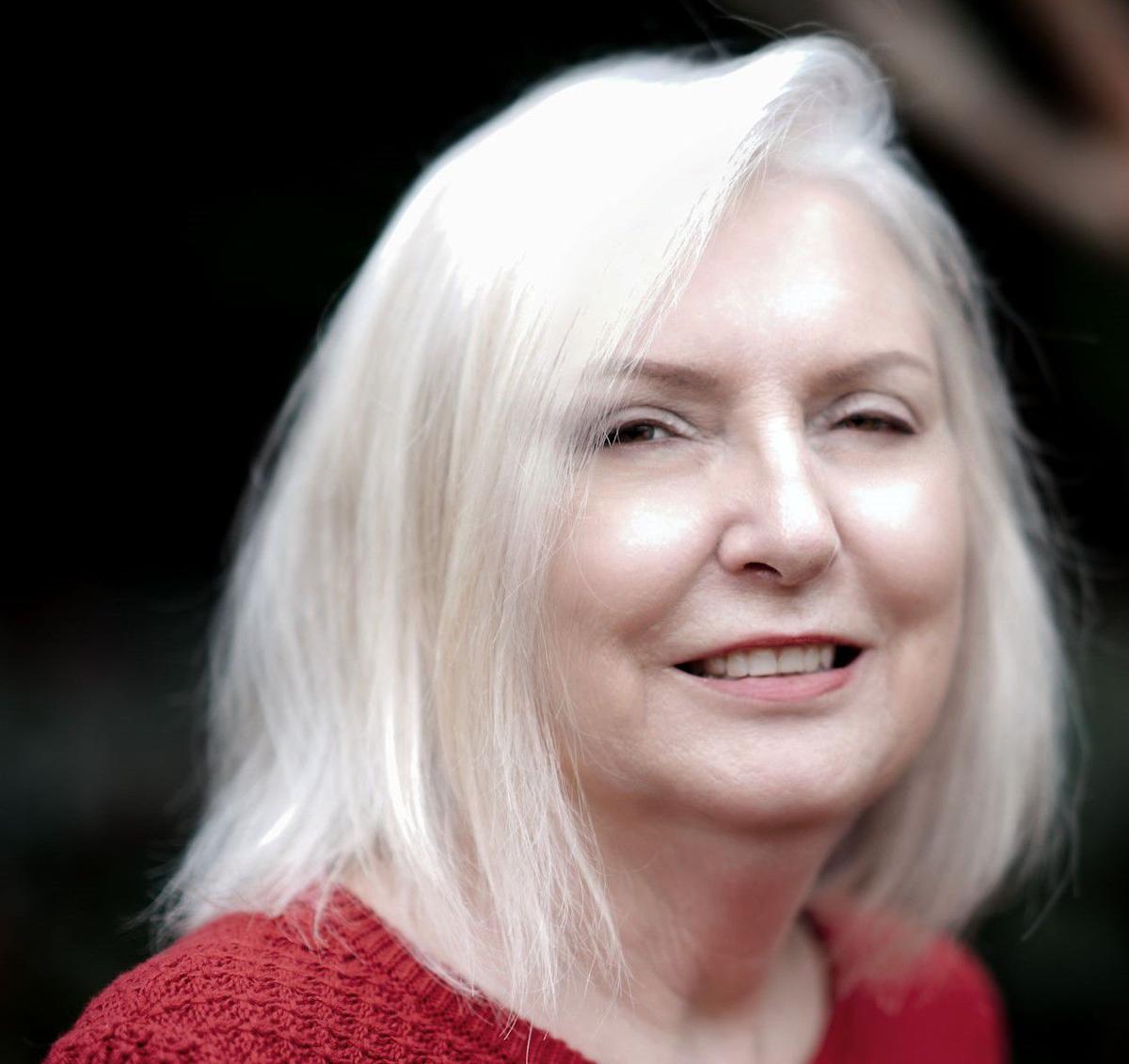 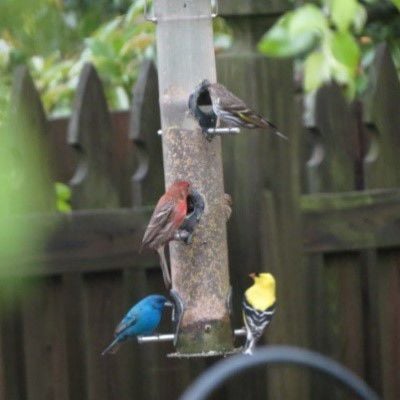 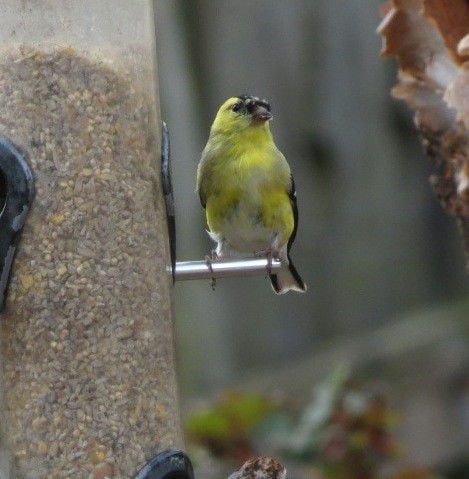 The American Goldfinch (Carduelis tristis) is known by many different names: yellow goldfinch, thistle bird, yellow bird and wild canary. The last name, wild canary, is only appropriate for the male goldfinch because only he has the lemon-yellow plumage during the breeding season resembling the wild canary.

We are very fortunate to have the American Goldfinch (goldfinch) reside in our county. Goldfinches are native throughout the country, but in a region that gets below zero-degree Fahrenheit, they will migrate further south for food, water and shelter.

The physiology of the goldfinch is unique within the group of its species: it is the only one that has a dramatic change in appearance, spring and fall, brought on by hormonal changes in preparation for the breeding season. Once those hormones wane, the birds molt again. In the winter, you might be wondering where the male goldfinches went to, because all you seem to be seeing are the females… or is it just the female?

In the summer months, the female has a bright olive-yellow throat and breast and buff-olive head and back. The wings and tail are like the males’ but are smoky instead of jet black. The male in the summer is a pale to bright lemon-yellow, with black on the forehead and crown, jet black wings with two white wing bars and a black tail with a white spot at the tip of the outer two feathers.

The winter male resembles the summer female but is brighter yellow on the throat, has yellow shoulders and is creamy buff on the head and back. Winter females become dull olive-yellow on the throat and breast and olive-buff on the head and back. The wing and tail feathers are not replaced during the spring molt, staying the same color in both summer and winter plumage.

Both males and females have short conical bills that change from dark brown in the winter months to bright orange during the breeding season, a hormonal indicator of their breeding season. Unlike other summer breeders, the goldfinch nests between late June and mid-August, when others have finished.

In mid-June, the pair looks for a place to build the nest, usually in the outer extremities of shrubs and trees where clusters of twigs and branches support the nest. The female goldfinch builds the nest, taking about a week to complete, as the male observes from a distance singing to his heart’s content. Egg-laying begins once the nest is complete. The female lays one egg each day until her clutch is complete (usually five eggs).

During this period, the male is seldom out of his mate’s sight. This mate-guarding during the female’s fertile period and while the eggs are developing increases the likelihood that he will fertilize all her eggs. Once the eggs have hatched, both parents collect food and feed the nestlings. Eventually, the male will take over the task of feeding the young, which will remain dependent on their parents for another three weeks or until they fledge.

As the breeding season ends, in September and October, flocks of 25 to 150 adults as well as the young move to weedy plains or river floodplains where food is abundant. Once they have depleted the food in that region, they will move on to another … and so on. In urban areas, where development has taken over the land, goldfinches and other birds depend on humans to feed them; you can do this by growing asters, cosmos, daisies, black-eyed Susans, marigolds, sunflowers and coneflowers. Wait until winter to cut down your gardens so the birds will have seed to eat and the flowers can reseed to bloom the following year again.

What I need to emphasize is the goldfinch is a seed-eater only bird. The seeds replenish their feathers as well as energize them; between their hormonal changes and raising their young they are exhausted. It is critical to feed them throughout the year.

GARDENING WITH THE MASTERS: 'Leaf' behind assumptions about prepping garden for cool weather

I set about this article with mid-October in mind: fall flowers, bulb planting… but as I write in late September, the temperature is still ris…

GARDENING WITH THE MASTERS: October is the month for planting fall annual beds, gardening chores

It is hard to believe that it’s almost October. This year has been especially challenging for vegetable gardeners. My clean and well-planned M…

GARDENING WITH THE MASTERS: Having a 'gourd' time with your pick of the pumpkins

GARDENING WITH THE MASTERS: Cultivating a successful fall garden

It seems that we may finally have a fall, and thanks to Tropical Storm Nestor we finally have some moisture back in our soils. The welcome rep…

GARDENING WITH THE MASTERS: November tips to help plants thrive as days get cooler, shorter